STOCKPILERS have shown off their huge hoards online – as British supermarket once again are stripped bare.

The US women took to YouTube this week to reveal they had fully stocked their homes with essential items including toilet paper, vitamins and food items. 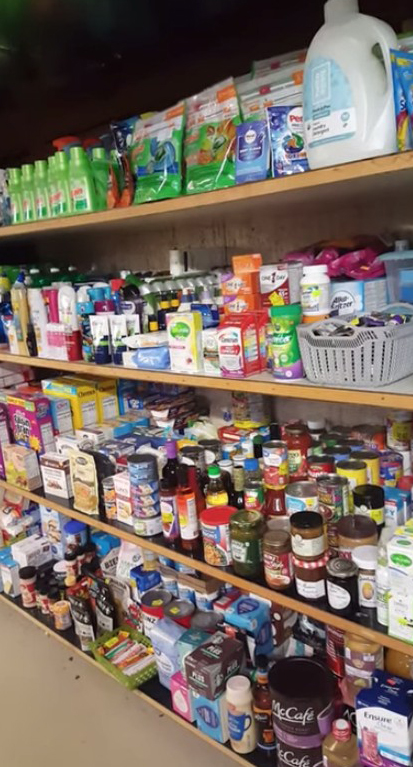 One woman even admitted to selling some of her products on – including HUNDREDS of nappies.

"I've got a diaper wall," she laughed, showing piles of nappies on top of one another.

She added she wasn't planning to have a child, adding she would sell them online.

Two of the stockpilers admitting coronavirus was a significant reason why they were buying ahead. 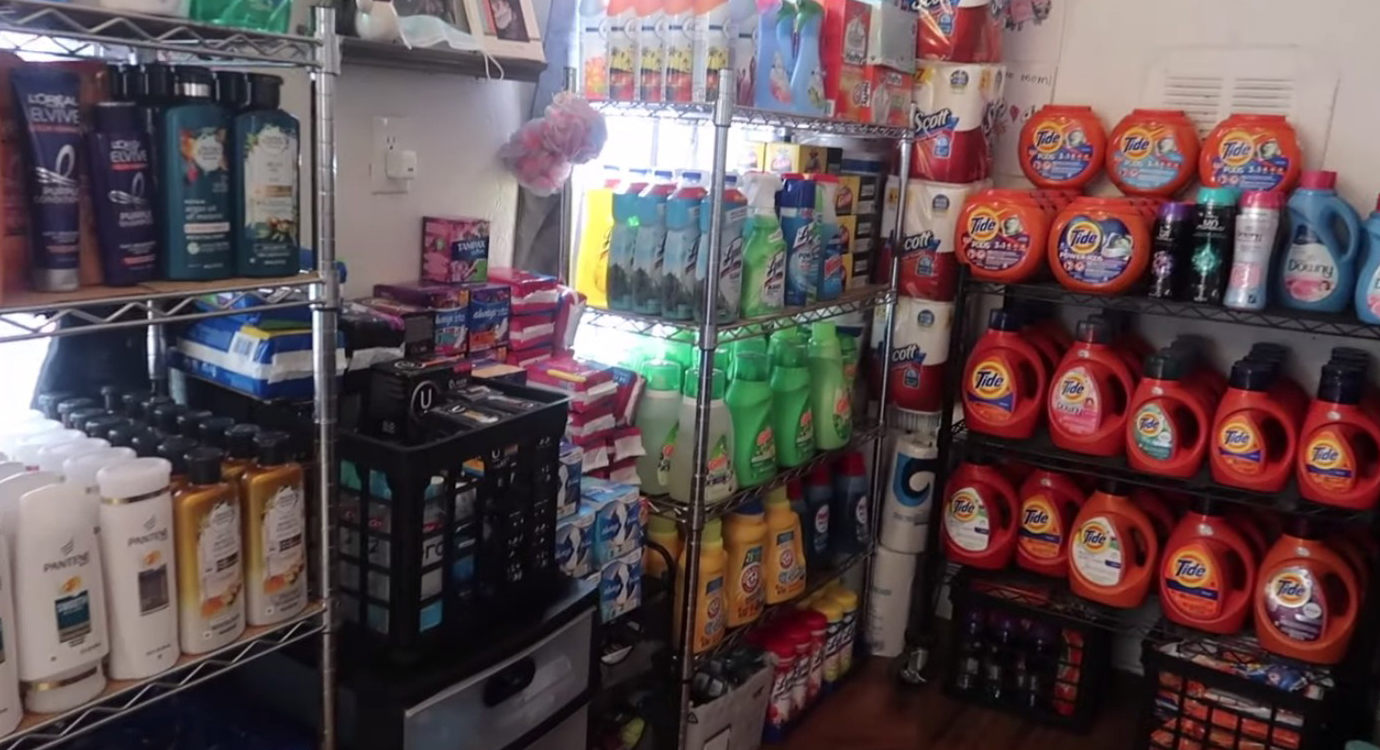 Kay – who didn't provide her surname – stored her stuff in her dining room and an adjoining room.

Admitting she had been building it up over two years, she said: "We have all our household beauty products. I have Pantene… I have a row which is just Two in One. I sell from home. $3 or two for $5."

She showed scores of toiletries including boxes of toothpaste,washing machine pods, soaps, washing up liquid

"I have all my women's pads. I have a few other mouthwash.

"I have a diaper wall, we were going to have another baby but that's been cancelled."

She also had loads of makeup, mascaras, makeup wipes, razors. 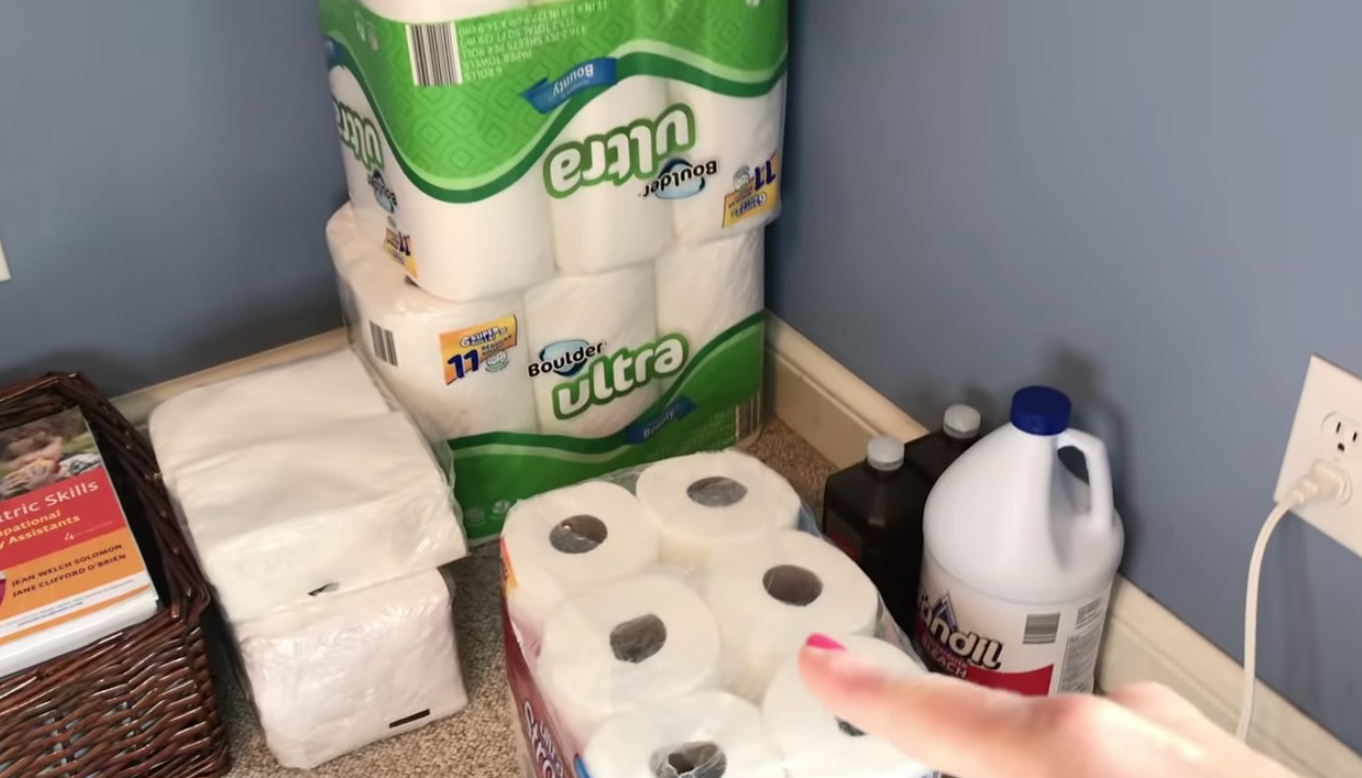 Sandy Steinbrook has turned a cupboard into a stockpilers' paradise. She bought canned food including tomatoes, kidney and black beans.

She said: "I think with all the schools going back in session I think covid cases are going to go up.

"I think our world is going to go absolutely crazy. I believe it's going to get crazier.

"I wanna show you what i'm doing to prep for my family. When all the stores sold out before people could not get food.

"Start prepping now guys, start getting food. The worst that can happen is you have food anyway.

I'm telling you – get started now. Don't wait until October/November…. it's going to pay off. I have a feeling guys.

"I'm telling you – get started now. Don't wait until October/November…. it's going to pay off. I have a feeling guys.

"I believe you can protect your family."

Sandy admitted she was buying loads of cans and baking goods – products which were tricky to get in the last lockdown.

"If we are going into shutdown we need to have cans," she said. "I'll get plenty of bags of tea.

"I have baking supplies… we have plenty of yeast."

Meanwhile, Crystal told how she was a couponer – meaning she had bulk bought goods. 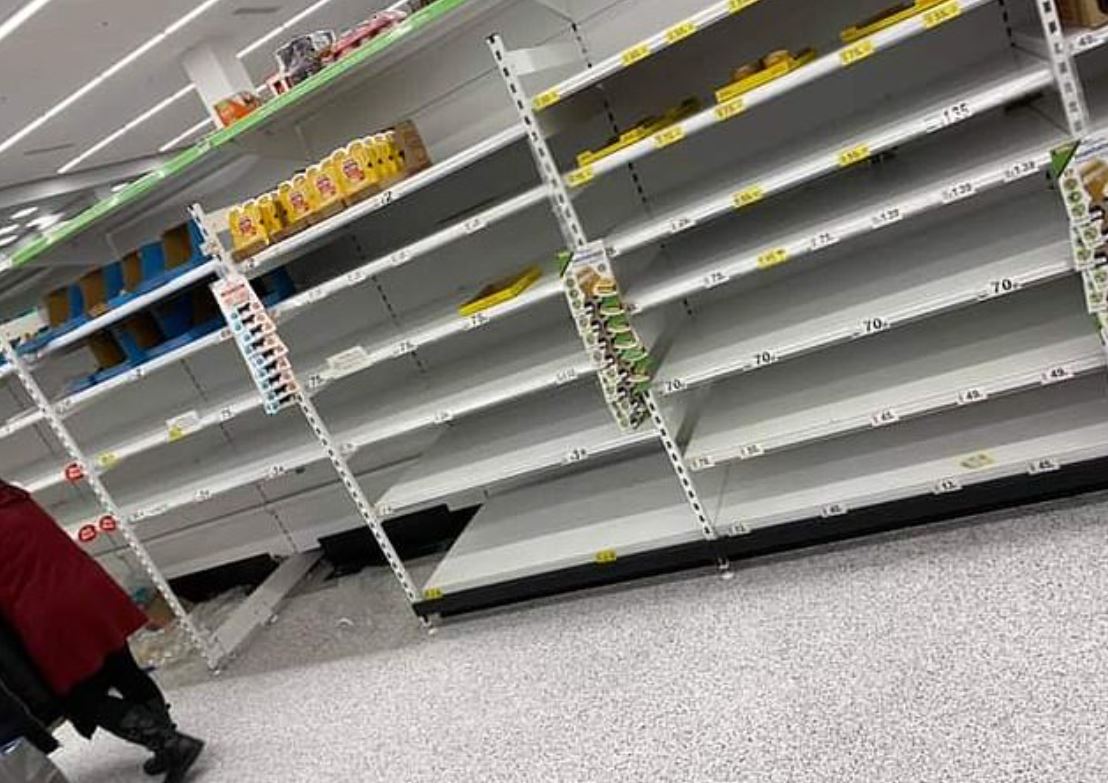 "This was filmed during covid where a lot of people don't have much and they are struggling to find things in the store," she said.

But, she explained she would give products away to people in need.

During the last lockdown US supermarkets – like UK ones – saw shelves swept bare.

Lauren Whitney's post on Facebook went viral after she pictured herself in tears, revealing she was unable to find nappies anywhere.

The mum-of-four, from Washington, Utah, had suffered a setback at work and thought she'd pick up some nappies for her 18-month-old daughter Rosalynd.

The mum filmed the empty aisles of her local Walmart and posted an emotional video on TikTok. 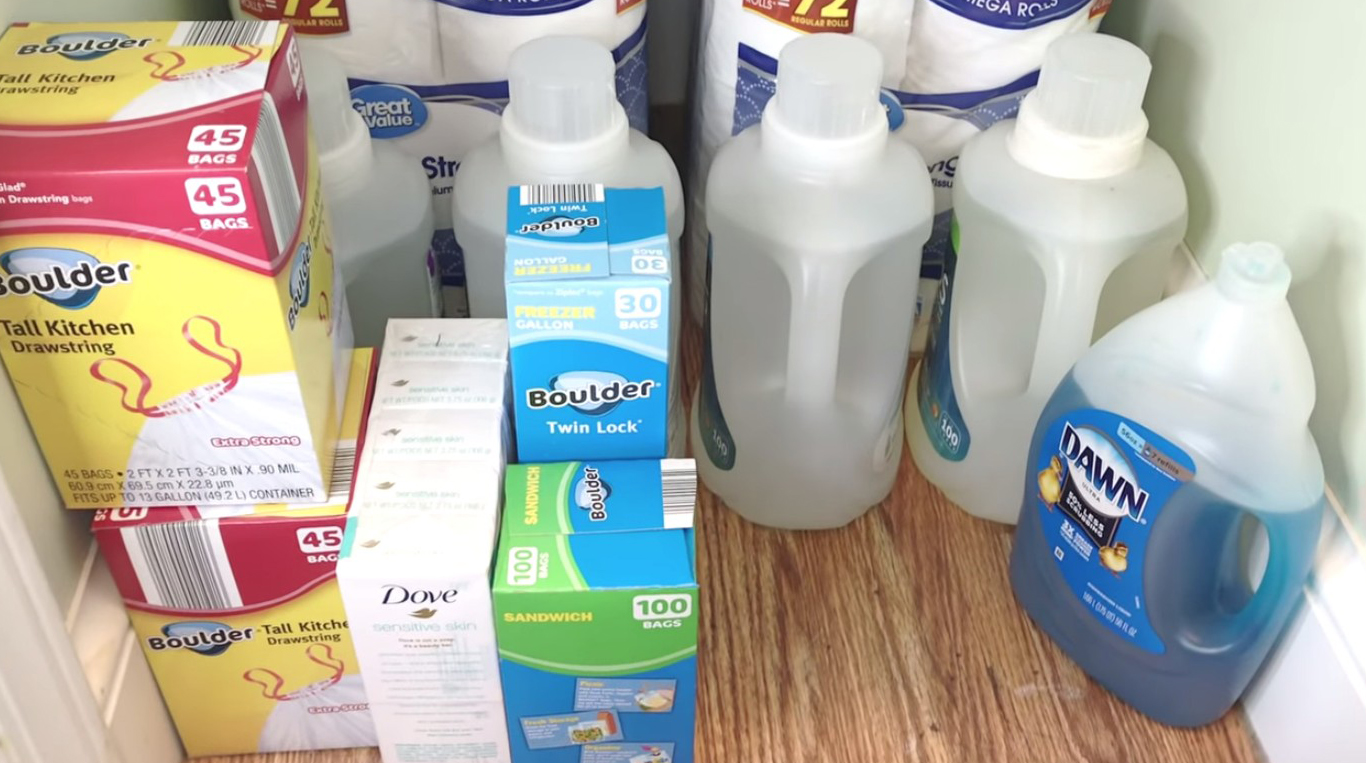 Fighting back tears, Lauren said: "To all you crazy people buying out all the diapers, how am I supposed to diaper my child if I can't afford to buy 20 at a time like you can?"

The clip has since been viewed by over five MILLION users who sympathised with the mum's struggle.

The women showed off their stockpiles as the coronavirus death toll in the UK hit 42,000 yesterday and the total number of positive Covid-19 cases reached 439,000 a day.

Asda supermarkets in Wales were stripped of products as Cardiff, Llanelli and Swansea went into local lockdown. It comes as major supermarkets have started reintroducing purchasing limits for popular products such as soap and dried pasta.

Morrisons became the UK's first supermarket chain to bring back rationing on some products – despite there being plenty of stock. The supermarket has rationed essentials such as toilet roll because shoppers are unnecessarily panic buying. 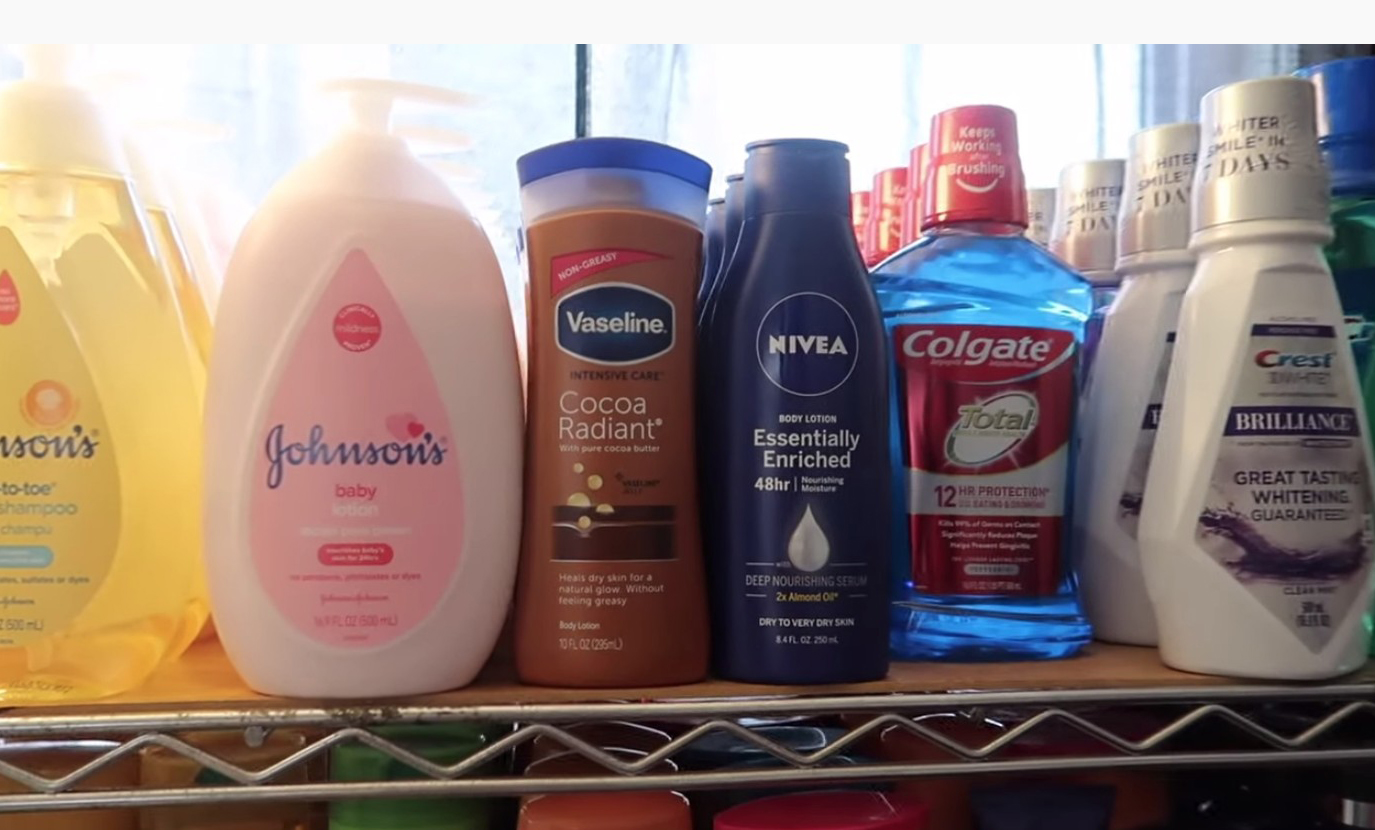 There is a limit of three per person on some items according.

Other supermarkets have since followed suit. Tesco has brought back a limit of three items per person on five different products including: flour, dried pasta, toilet roll, baby wipes and anti-bacterial wipes.

It had also added further limits to a small number of items online such as rice and canned veg.

There are already some online restrictions, with limits on the number of face coverings, eggs, flour, and anti-bacterial products people can buy which have been in place for some time.

One Tesco in Cambridgeshire was seen to limit loo roll to one pack per customer. Asda hasn't reintroduced purchasing limits but they have 1,000 marshals in shops to ensure customers wear masks and follow social distancing.

In Waitrose, purchases will be limited to two per customer online and in shops for a small number of items, including toilet roll and hand sanitiser.

For now, Co-op, Lidl Sainsbury's, Iceland and Marks & Spencer have not implemented purchasing limits on products in person.

We previously brought you the story about the stockpilers who, during the first lockdown, protected huge hauls with everything from BB guns to chainsaws.

Plus, Georgia self-isolated with her ex for the sake of her kids.