PEOPLE have been warned against a dangerous new full-face “hot wax” TikTok trend which could lead to suffocation.

Skin experts have urged social media users to avoid the terrifying viral fad – which sees subjects cover their face, mouth, neck and inside their ears and nose with softened resin. 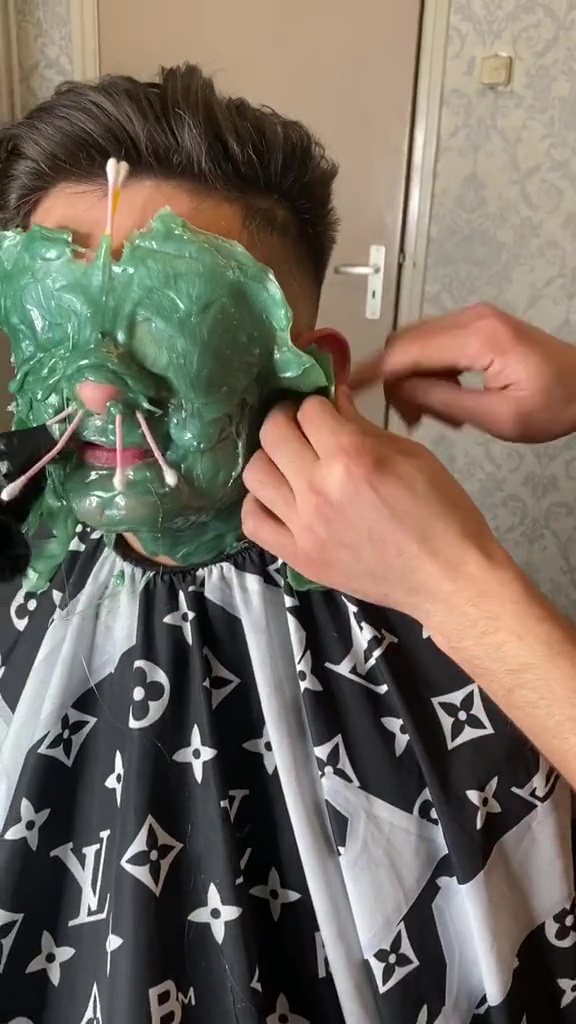 A barber uploaded one of the most watched examples, and defended it saying it was beneficial.

However, the British Association of Dermatologists (BAD) told BBC: "Attempting to wax inside your nose or ears is not recommended."

Another expert said TikTok should add a warning to the videos alerting people to the dangers.

Barbershop Kapsalon Freedom, in the Netherlands, has gained 800,000 TikTok followers with its viral videos, and the first attempt in November gained 84million views. 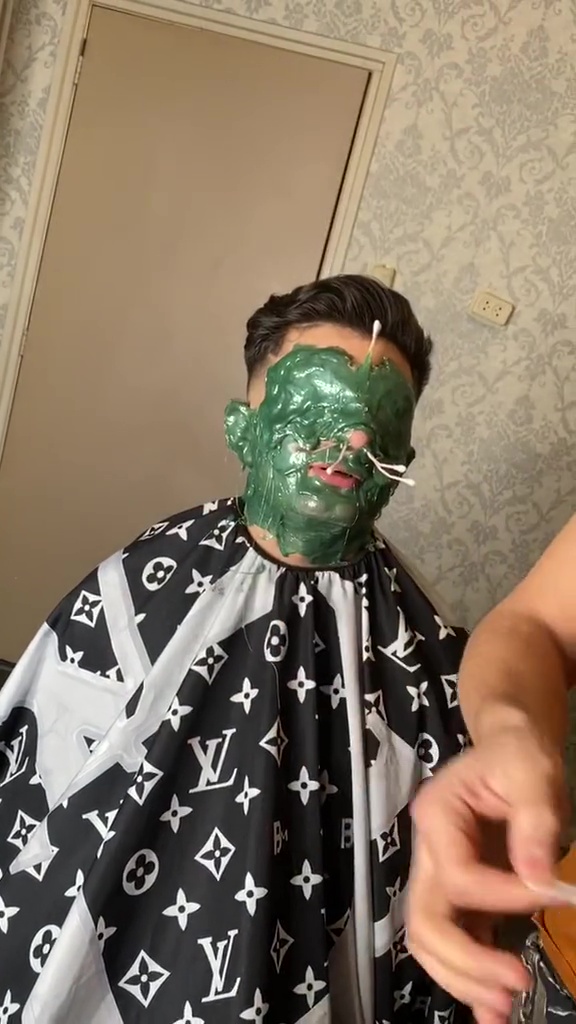 While the first video left the bottom portion of the customer’s face exposed, a more recent example with 19million views sees the client have wax applied down over their chin and neck too.

Some clips show fully covered faces, with cotton swabs used to create air passages, and strips of paper to protect eyelashes and eyebrows.

The video shows resin pulled out of ears and nose that have removed dozens of hairs.

Barber Renaz Ismael told BBC News that face-waxing is common in the Middle East, where he was born, but he has taken it to the next level.

He said: "I am the first person in the world who has done whole waxing. It's not bad for your skin." 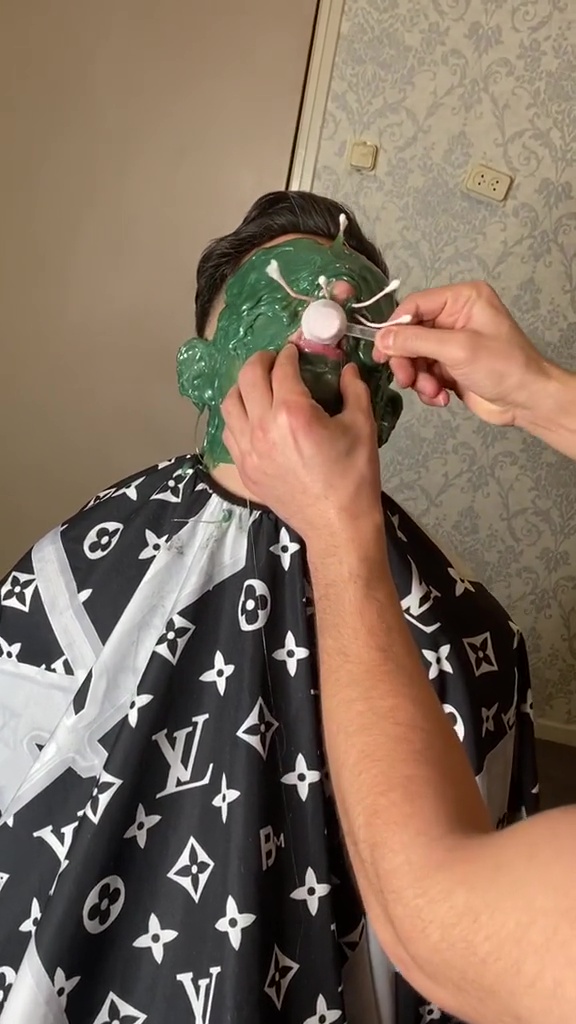 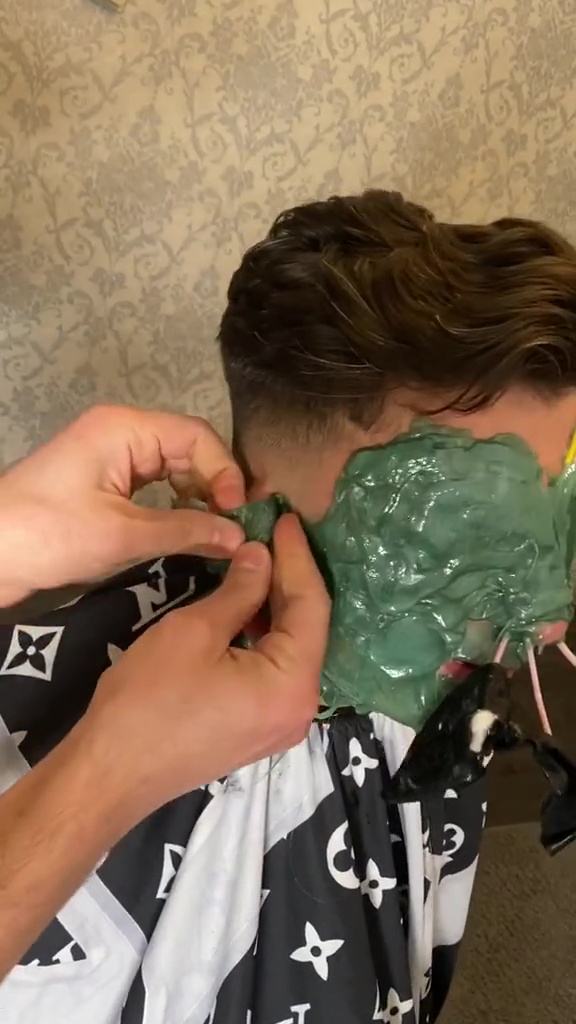 Beautician Alex Echeverri, from the John and Ginger salon in West Sussex, said: "Our first consideration would be that it could cause suffocation.

"There's no control element to smothering the face with wax. And wax hardens. So it could harden in the airways and have to be surgically removed."

Dr Sarah Jarvis, GP and Clinical Director of Patientaccess.com, told Fabulous: "I would never recommend that anyone try this, at home or with anyone else.

"The whole point of wax is that it hardens as it cools. If it gets into the nostrils it may block them, making it very hard to get out.

"Trying to get hard wax out of ear canals and nostrils risks damaging the delicate lining, causing infection, inflammation and possible damage to the ear drum while attempting to get it out.

"In addition, the skin of the face, particularly round the eyes, is very delicate.

"Hardened wax could bring eyelashes and eyebrows out with it and lead to painful inflammation of the skin." 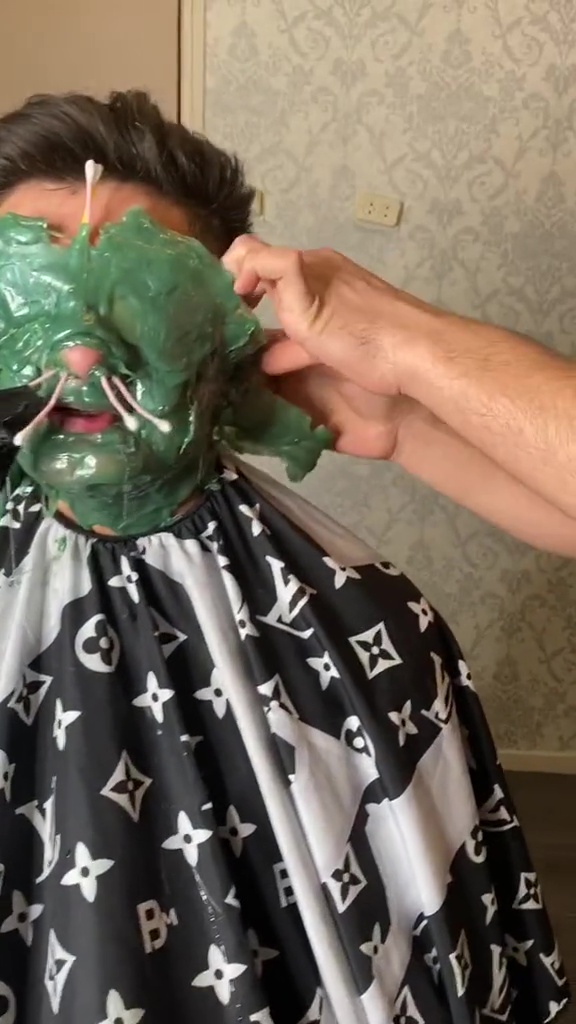 Sun doctor Dr Carol Cooper, added: "This seems a very hazardous practice. It’s one thing to wax exposed skin, though even then care is needed.

"It’s quite another to let wax get into delicate openings like ears and nose which are lined with delicate tissues.

"There’s also the possible risk of wax being inhaled, leading to blocked airways and even death from asphyxia. I can’t advise anyone to do this."

The British Skin Foundation said it seemed “sensible” to apply a warning to the videos and said it would be good to see potentially harmful DIY beauty practices on social media be “more tightly regulated."

We shared how dangerous new ‘Benadryl Challenge’ on TikTok ‘puts teens in hospital’.