If rock-and-roll can heal the world, then so can fashion, and Alessandro Michele might have just proved it. His latest menswear collection was a swatch-buckling adventure of ditsy floral prints, pastel wool embroidery, and dresses-over-pants worn indiscriminately (but very discerningly) by models across the gender spectrum. There were men in tights, and Mary Janes, and a leopard print coat last seen on Alison Mosshart. There were women with shaved heads, skinny scarves, and Amy Winehouse bouffants with the smeared black eyeliner to match. Boys in crop tops and soft skinny scarves channeled the cozy wariness of Kurt Cobain and George Harrison. And though Gucci campaign star Harry Styles wasn’t spotted front row, Jared Leto sure was. In true front-man form, the Hollywood rock god gleefully posed with fans outside the show, flashing peace signs and a stuck-out tongue that looked a bit like the Rolling Stones logo IRL. 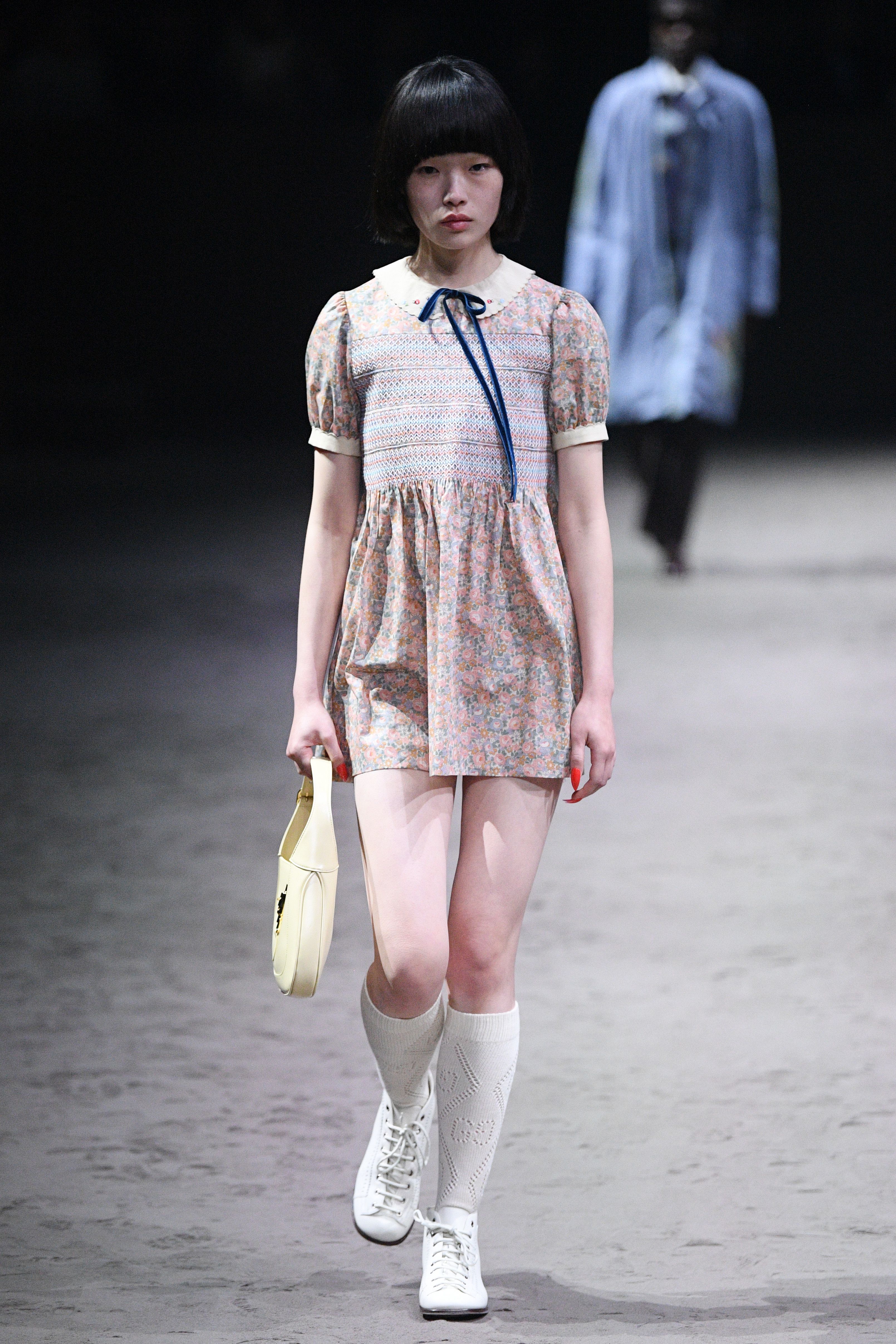 In Michele’s Gucci multiverse, violence has no place (remember when they replaced bullet cartridges with branded lipsticks on a handbag?) and gender has no boundaries. That means toxic masculinity has no power… and as Styles and Leto have proven in countless tabloid stories, it won’t get you laid nearly as much as a blanket-like cardigan and a giant floral handbag. But while Gucci exudes a very real sex appeal, it’s also hazy and childlike, as channeled in countless Disney collaborations (Donald Duck loafers, anyone?) and animal motifs, including a leaping bunny brooch on the opening look’s lapel. Many models wore Peter Pan collars, a literal (and literary) nod to never growing up. Then there was a new collaboration with Liberty London… as in, the serene floral cottons most famous for swaddling rich people’s babies.

Which brings us to Gucci’s most unlikely, and possibly most brilliant, style reference yet: Princess Charlotte. Among the runway’s rock stars and trap kings, it would be easy to see Michele’s puff-sleeved princess frocks as a Courtney Love homage, and sure, the music legend and Gucci fragrance model deserves every altar to her name. But rendered in Liberty London’s sweet floral fabrics and embroidered smocking, the effect was less Hole and more Her Royal Highness, age 4. 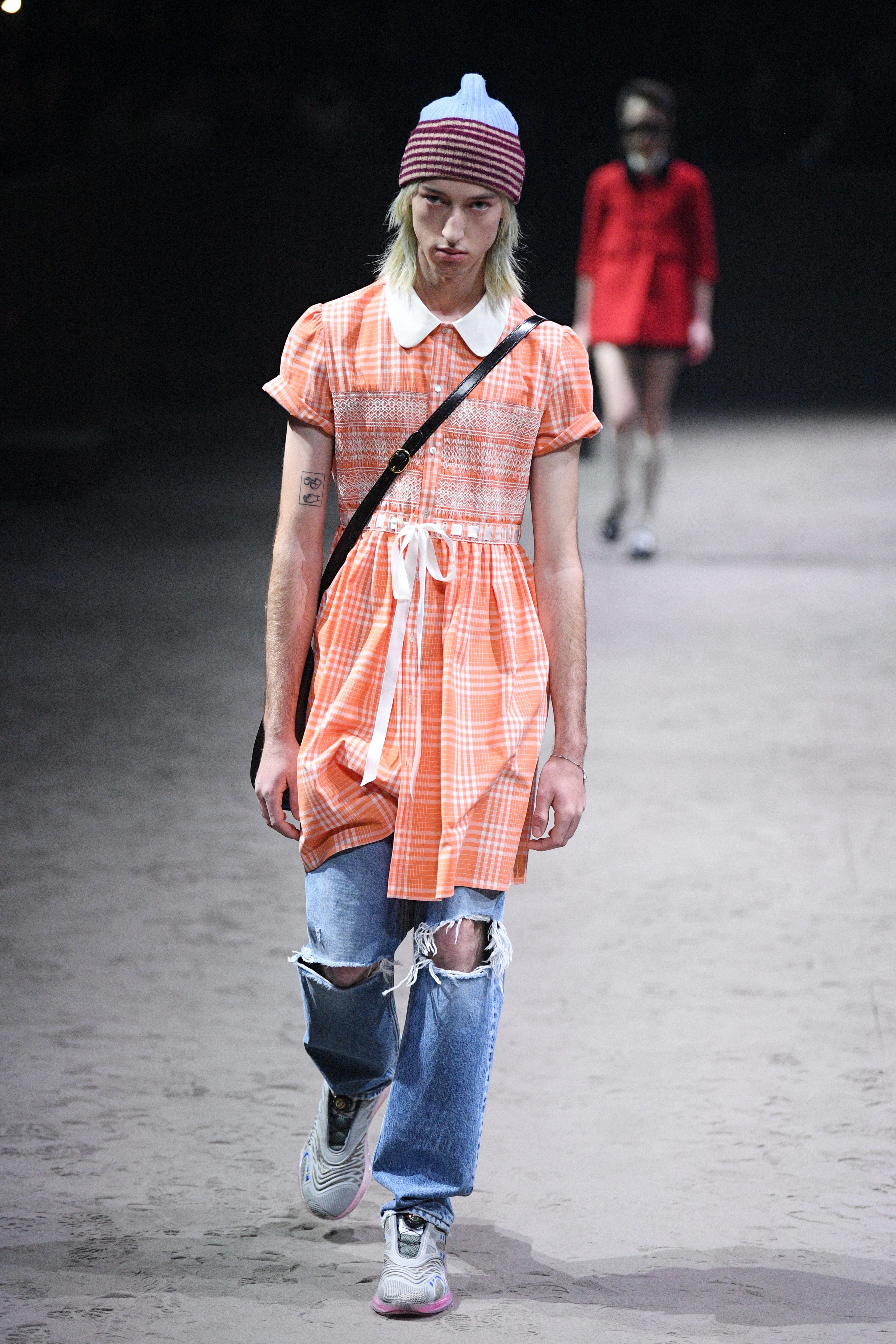 As Megxit rages and the world burns while we watch it on livestream, it doesn’t look like global destruction is part of Michele’s path to power. Instead, these Gucci clothes, and the odd array of beautiful people in them, seem to want a much more gentle future, one where Woodstock and Glastonbury’s ideal of peace through partying isn’t just possible, but the only thing that might really save us. One where kicking a soccer ball in a pretty print mini-dress is the main way we vent our very real anger and frustration. Here’s the thing, though: if Michele’s vision only works for those who afford their #GucciGoals, is it a true utopia? Or like the Monarchy itself, is it really just a gilded cage? 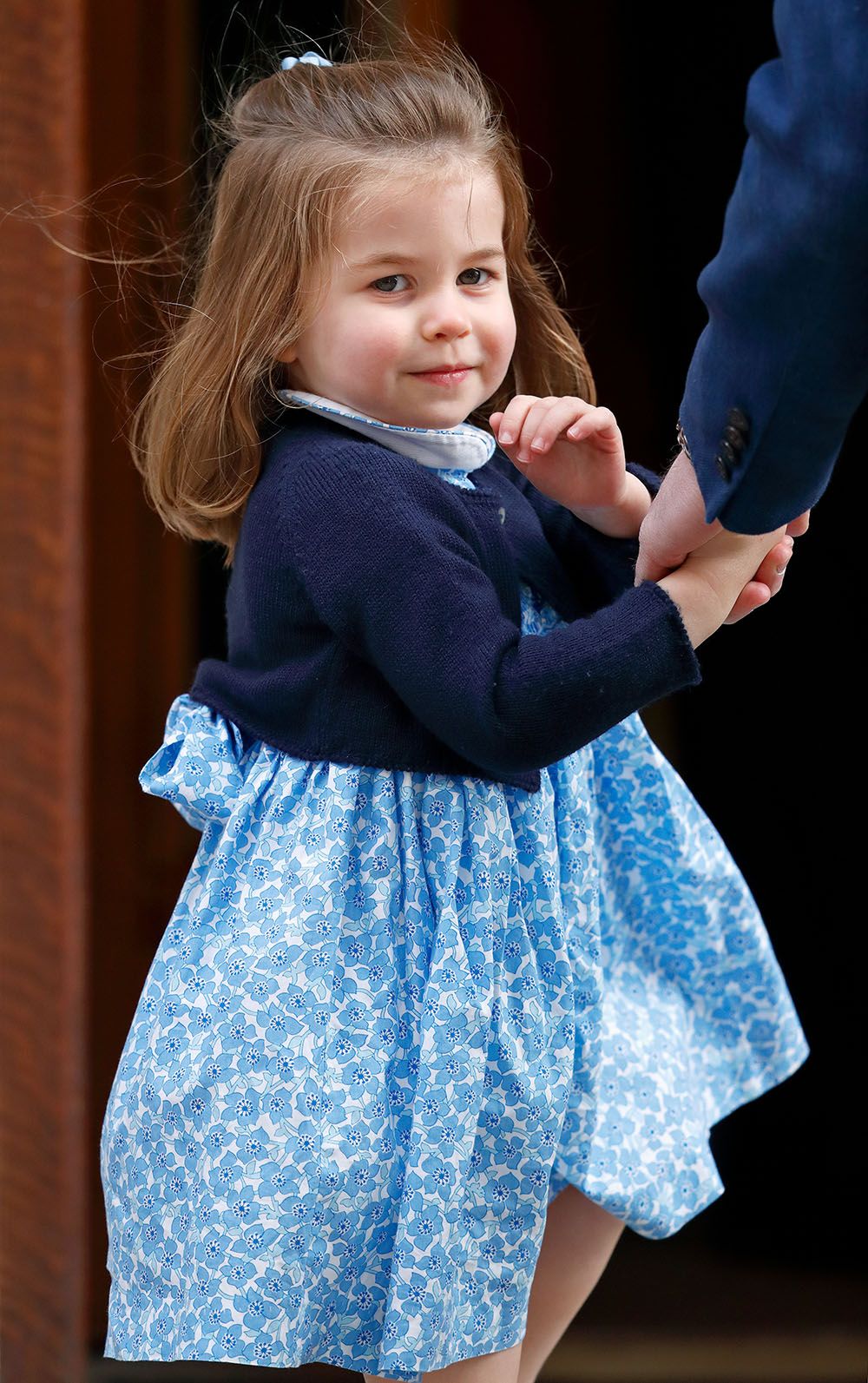