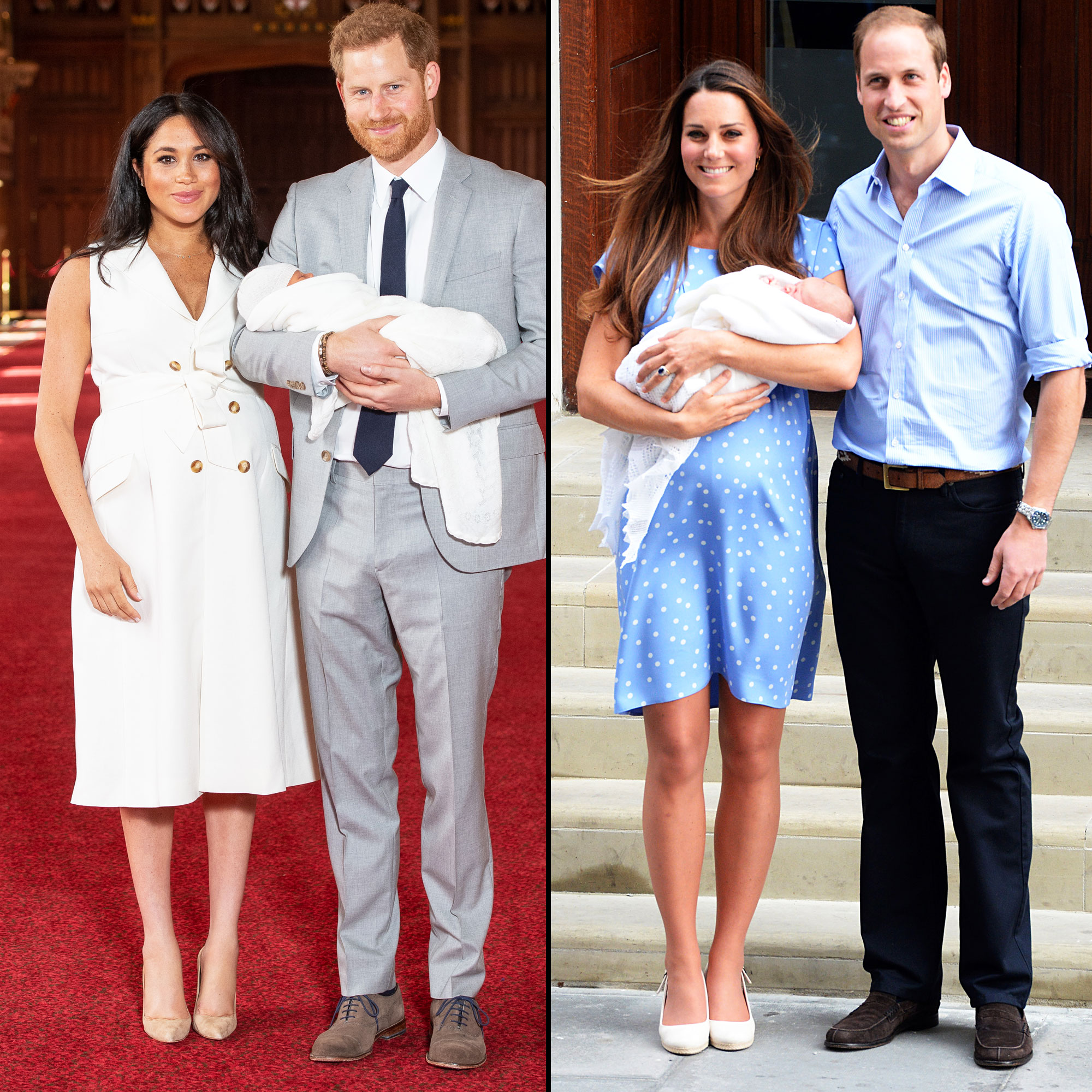 Meghan Markle and Prince Harry welcomed a beautiful baby boy, Archibald Harrison Mountbatten-Windsor, on Monday, May 6, and today, May 8, we finally got a glimpse of the tiny royal. The delay was significant — rather than follow in the footsteps of Kate Middleton and Prince William and pose with their bundle of joy on the day he was born, the Duke and Duchess of Sussex kept things private for a couple days. Another departure? The new mom’s outfit choice.

Unlike her sister-in-law, who opted for simple sheath dresses after the births of each of her three children, the former Suits actress chose a Wales Bonner sleeveless belted trench coat dress for the occasion. She accessorized the double-breasted style with neutral suede pumps and a delicate turquoise Jennifer Meyer necklace. The look was a bit more fashion-forward than what we’ve seen from Kate in the past.

After the arrival of Prince George on July 22, 2013, Duchess Kate stepped outside the Lindo Wing at St Mary’s Hospital in London in a baby blue polka-dot Jenny Packham frock and white espadrilles. The look was considered to be a touching tribute to her late mother-in-law, Princess Diana, who wore a similarly printed dress following the birth of William in 1982. 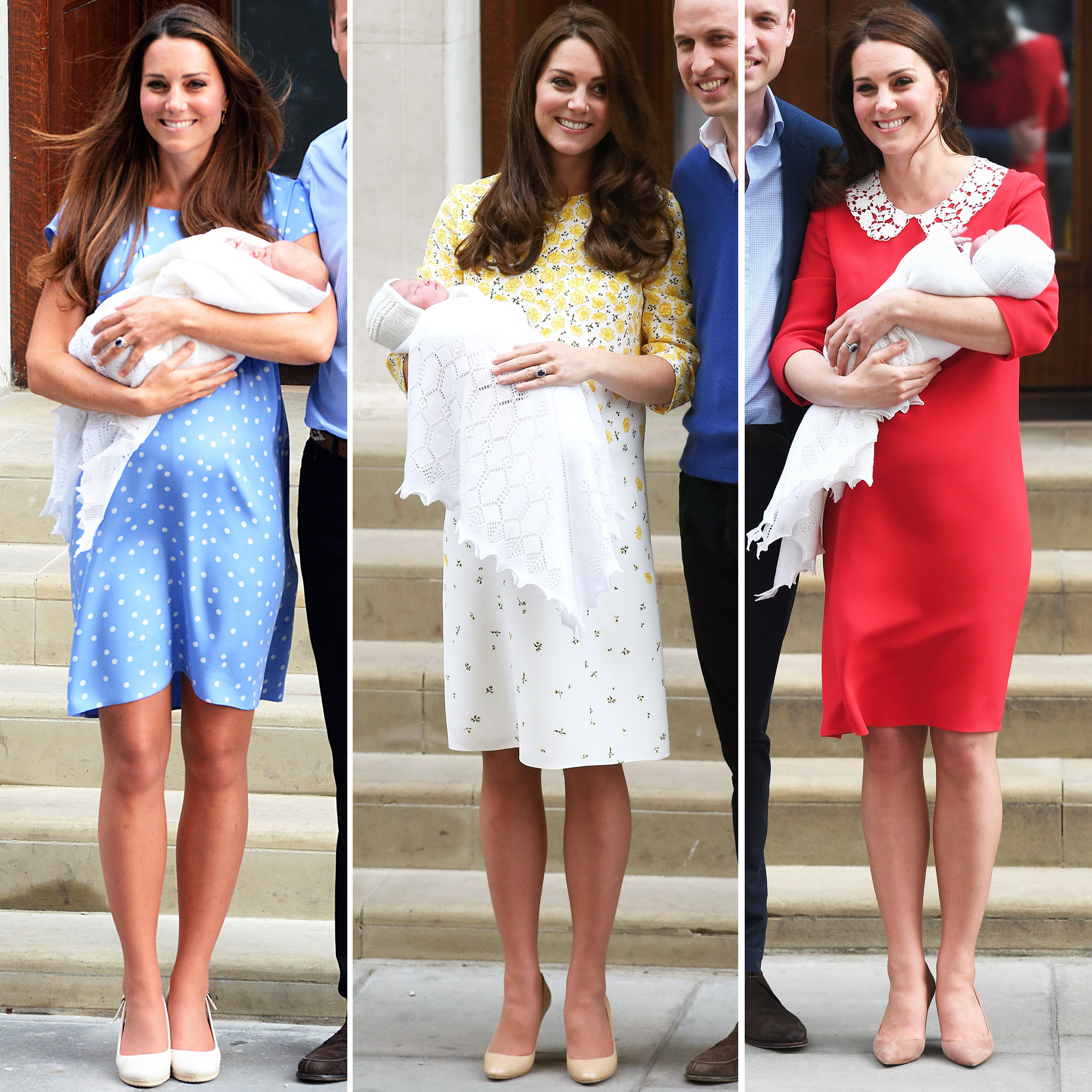 Flash forward two years, and it was all about the flower power after Princess Charlotte’s birth on May 2, 2015. The new mom once again chose Jenny Packham, but this time it was a flowery yellow and white design with nude leather pumps.

And, yes, the Duchess of Cambridge continued the Jenny Packham tradition on April 23, 2018, when she rocked a scarlet red knee-length number with a lacy Peter Pan collar with suede heels after giving birth to Prince Louis. It was the same color Princess Diana wore to show off Prince Harry for the first time in 1984, and it was also an ode to the color scheme of St George’s Day, which is celebrated on the date in the U.K.

While the Duchesses’ baby debut looks are aesthetically quite different, both women actually took similar approaches by choosing to honor their own individual style. Kate is known for her classic wardrobe of tried-and-true silhouettes — perfectly in keeping with her go-to post-baby knee-length sheaths. Meghan, meanwhile, is much more eclectic and trend-driven with her fashion choices, and the belted trench is a style we’ve seen her wear several times before.

Even so, both women know the leg-lengthening powers of a neutral shoe choice (though we will never understand how they can walk so elegantly in heels under the circumstances!), and they embraced their post-pregnancy glow with radiant makeup and glossy ‘dos.

Style aside, we’re with Prince Harry in admiring the superhero powers of Meghan, Kate and new moms everywhere. “How any woman does what they do is beyond comprehension,” he said following the birth of his son on Monday. Here, here!