A FASHION fan accidentally ordered Skims’ viral micro bikini – and she couldn’t believe just how tiny it was.

TikTok user Alexa took to her profile to record herself unpackaging the skimpy swimwear that has sent the internet into meltdown. 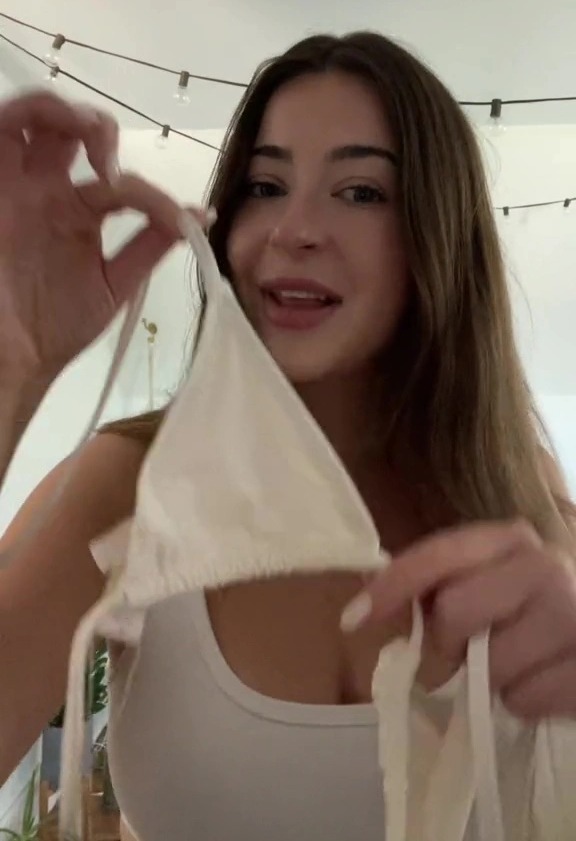 Alexa, who can be found on the social media platform at @alexajustinee, told her a thousand plus followers that she had “unknowingly ordered the micro kini.”

The two-piece – which is made up of the $28 Fits Everybody micro triangle bralette and matching micro thong for $14 – has attracted attention due to its miniscule size.

The swimwear has even been compared to Trader Joe’s tortilla chips due to their similarity in size.

And Alexa soon discovered that Skims, founded by reality Queen Kim Kardashian, really did name it micro for a reason.

She explained in her video: “I ordered the brand new Skims swim.

“I got my regular size, which is medium, and that’s the top that we’re working with,” she continued as she held the white swimwear up to the camera.

Still in shock at how small the triangles on the top are, Alexa honed in on the piece to give her followers a closer look.

She then giggled: “That is a size medium… we’ll see about that.”

Most read in Fashion

List of Wetherspoons pubs up for sale in the UK – is yours at risk of closing?

The influencer added in the caption to the post: “Skims didn’t play around when they called it micro.”

After Alexa’s followers spotted her post, they were keen to hear if she had changed her mind when she tried it on.

As another wrote: “Sis let us know.”

And a third begged: “We need to know how it turns out.”

But Alexa replied that the coverage was simply not enough.

She replied back to one of the comments, as she admitted: “I’m scared it will violate community guidelines.”

The social media user also explained that she hadn’t meant to order the micro version, as others said the only way to wear it is to up your usual size.

She explained: “My brain was in another place when ordering.” 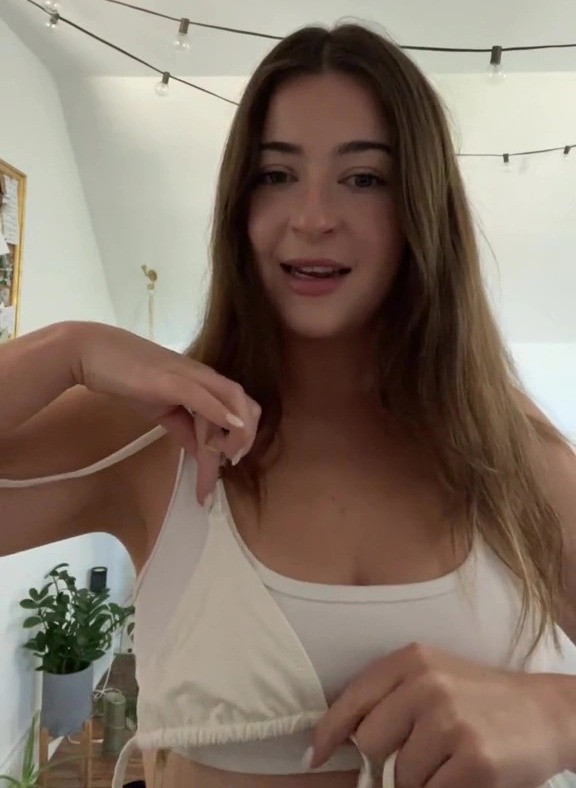