A BREAK-UP haircut is a rite of passage for many women who have had their heart broken.

But when this single mum's marriage came to an end, she decided to make the best out of a bad situation. 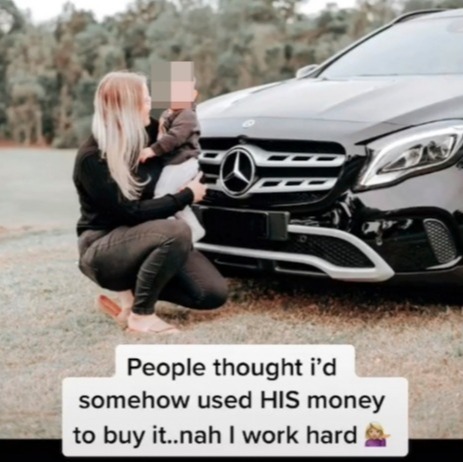 In a viral TikTok video, mum Claire, 24, from Queensland, Australia, explained how she bought herself a new Mercedes Benz to replace the vehicle her ex-husband took with him.

Proudly showing off her new wheels, Claire wrote: "My ex-husband took the family car when he left.

"So I bought myself a new Benz with MY money. People thought I'd somehow used HIS money to buy it… nah I work hard."

But despite the fact that Claire runs the homeware brand WhiteCoveStudio, that hasn't stopped friends, family and her followers quizzing her about how she pays for the car. 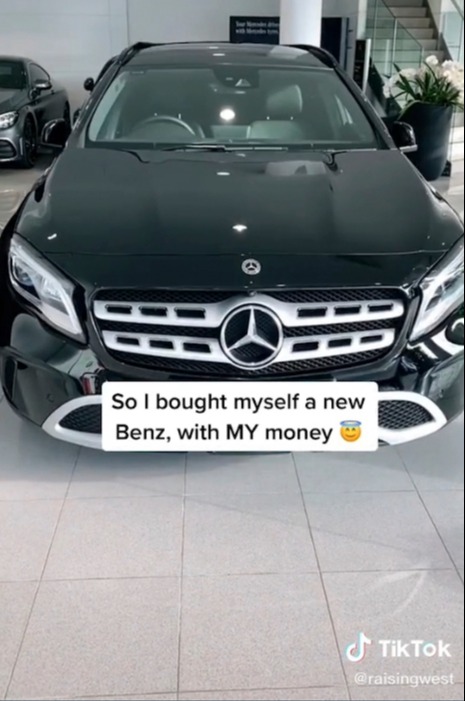 She captioned the video: "When everyone assumes the man paid for the car… nah uh hunny."

In response to a supportive message from a fan, Claire said the comments about her finances come from a place of "disbelief that [she] can pay for it" herself.

Another added: "No matter how hard you work, especially when you're a woman and have nice things, people always say it's someone else's money!"

A third replied: "WHO SAYS GIRLS NEED A GUY??? HELLLLL NO, YOU DID THAT!" 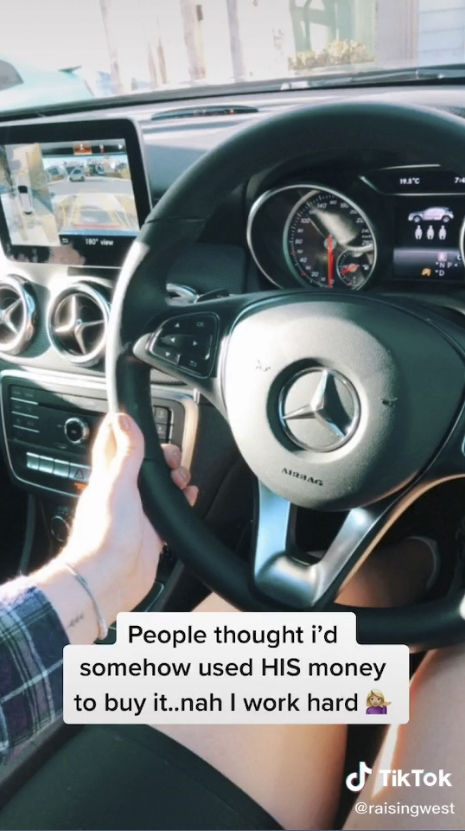 "You go girl," another gushed.

At the time of making the video, Claire had been separated from her ex-husband for six months and was in the process of getting divorced.

What's more, the mum was so proud of her new car that she even had a professional photoshoot with it.

With her sister behind the camera, Claire held her son as they posed in front of their new family car.

For more relationship stories, this woman revealed the extreme lengths desperate bloke went to after she blocked him – including changing his Netflix name.

And this woman was banned from family gatherings after her nan secretly discovered her OnlyFans account & people think it’s hysterical.

Plus this woman shared her epic Tinder fail after date made her sit through meal with his MUM & was questioned about her ‘intentions’.