WHEN Lisa Laws went for her first date with handsome barman David on Christmas Eve, she never expected to end up in bed with him.

And the 40-year-old, from Washington, Tyne and Wear, was in for more shocks, when she discovered she was pregnant with twins – despite taking the morning after pill. 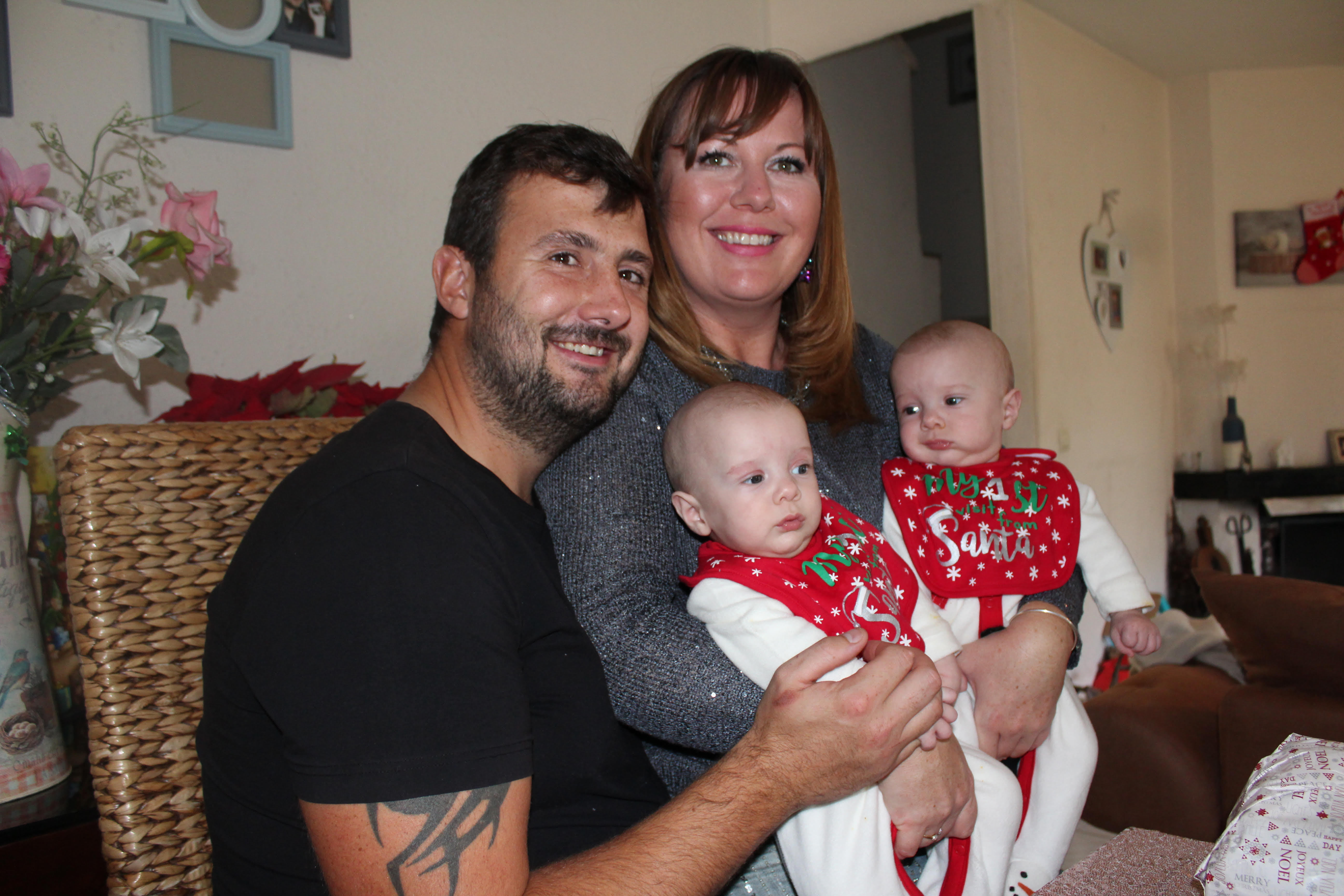 After swiping on Tinder until my thumb physically ached, I deleted the app. There was no-one who took my fancy, so I decided to have a man-free Christmas.

A couple of days later, I slipped into a jumpsuit and dangerous high gold, sparkly stilettos for my work Christmas lunch. 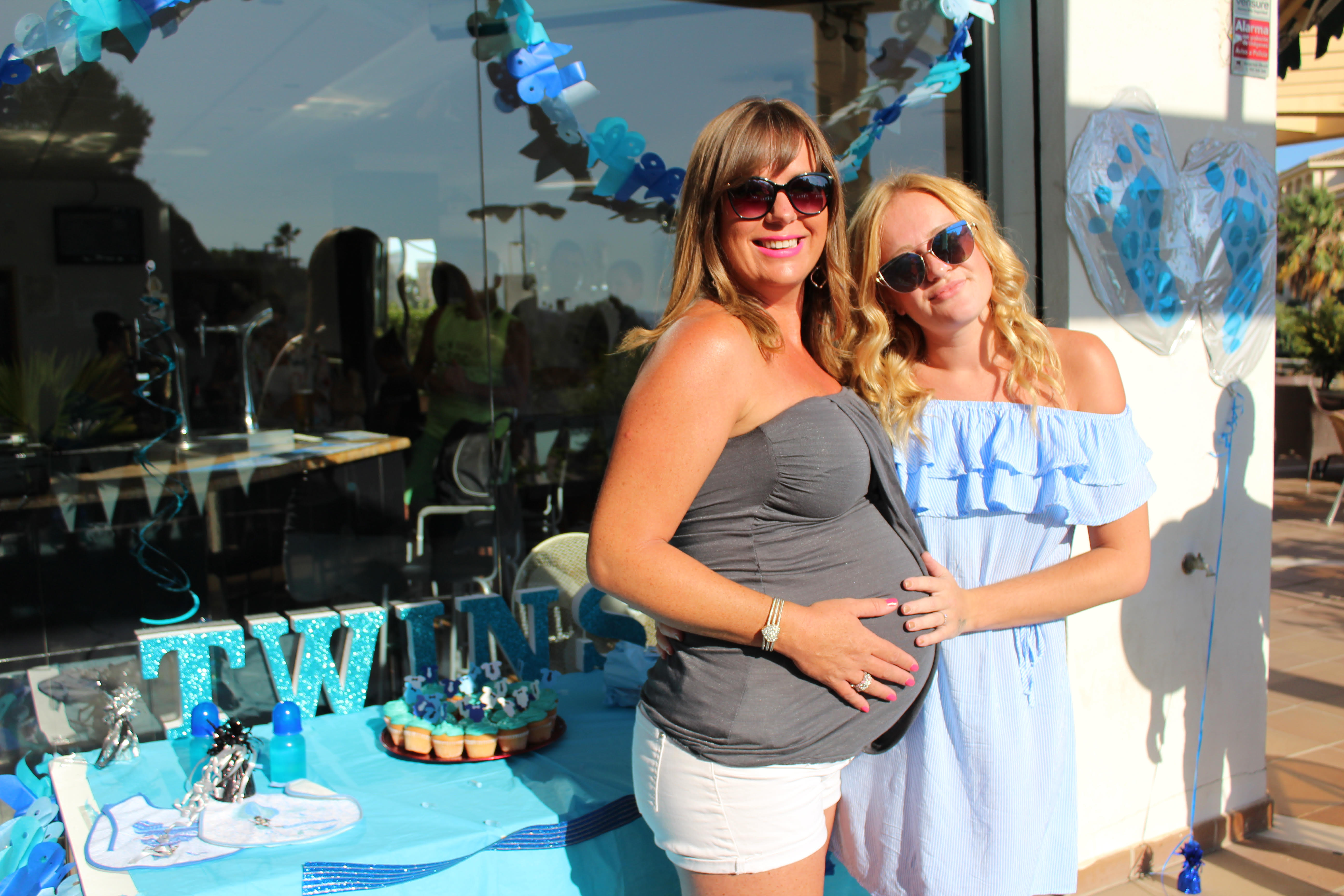 It was December 2016 and I was living in Spain at the time, where I worked for the British Embassy.

We had a turkey dinner at the local carvery restaurant, before moving onto a bar where my friend Joy worked. My sister Nichola was there too.

After that, we hit another bar with a dance floor – and I soon noticed a tall, hunky man watching me.

I thought he was gorgeous, but knew I had no chance.

Next thing I knew, we were in bed together. It was so unlike me. I'd broken every one of my rules, including no sex on the first date

When I'd had enough of dancing, I hobbled to a chair and pulled off my sparkly shoes.

Suddenly the handsome stranger appeared beside me. "Why have you stopped dancing?" he asked.

"My feet are killing me," I said, but he pulled me back up on the dance floor.

I learned his name was David Parker, 35, and he'd played rugby back in Britain.

He was the captain for Bramley Buffaloes, a rugby league club in Leeds, West Yorks, but took early retirement and moved to Spain – where he worked as a bar manager.

The night we met, we chatted and danced until 6am when David, who wasn't drinking, drove me home.

We exchanged numbers and said goodnight. He was the perfect gent.

The next morning, I woke to a stinking hangover and a text from David. "How's the head?" he asked.

We kept texting and, a week later, on Christmas Eve, I was shopping for some last-minute gifts when David suggested meeting up for a coffee that afternoon.

I drove to the bar and as we chatted, there was an undeniable spark between us.

On the way home, I bought two morning after pills and took both. 'Just in case', I thought

David lived in the flat upstairs. "Would you like to come up?" he asked.

We sat on his terrace and chatted, then we kissed. Next thing I knew, we were in bed together.

It was so unlike me. I'd broken every one of my rules, including no sex on the first date.

On the way home, I bought two morning after pills and took both. In our moment of passion, we hadn't used protection. 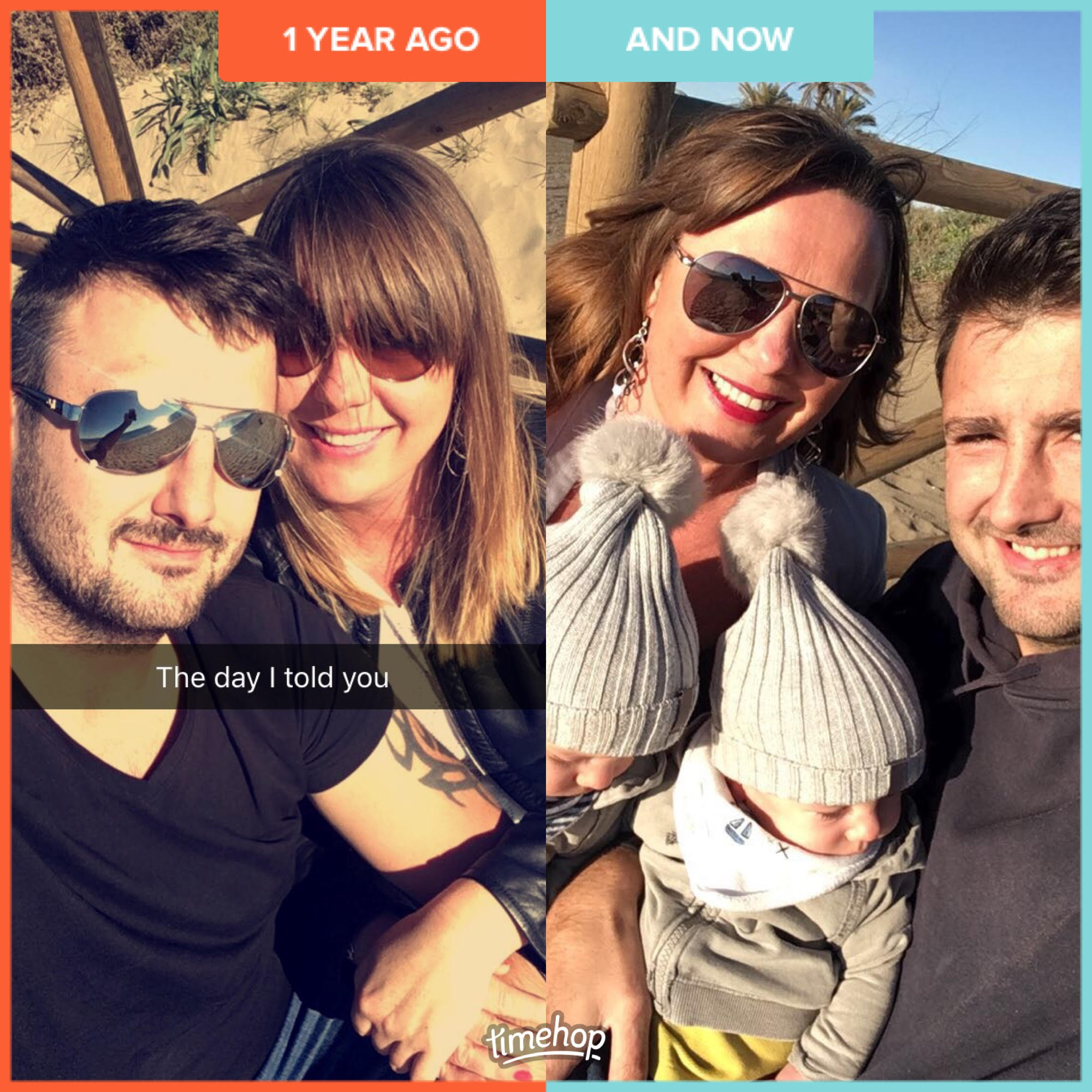 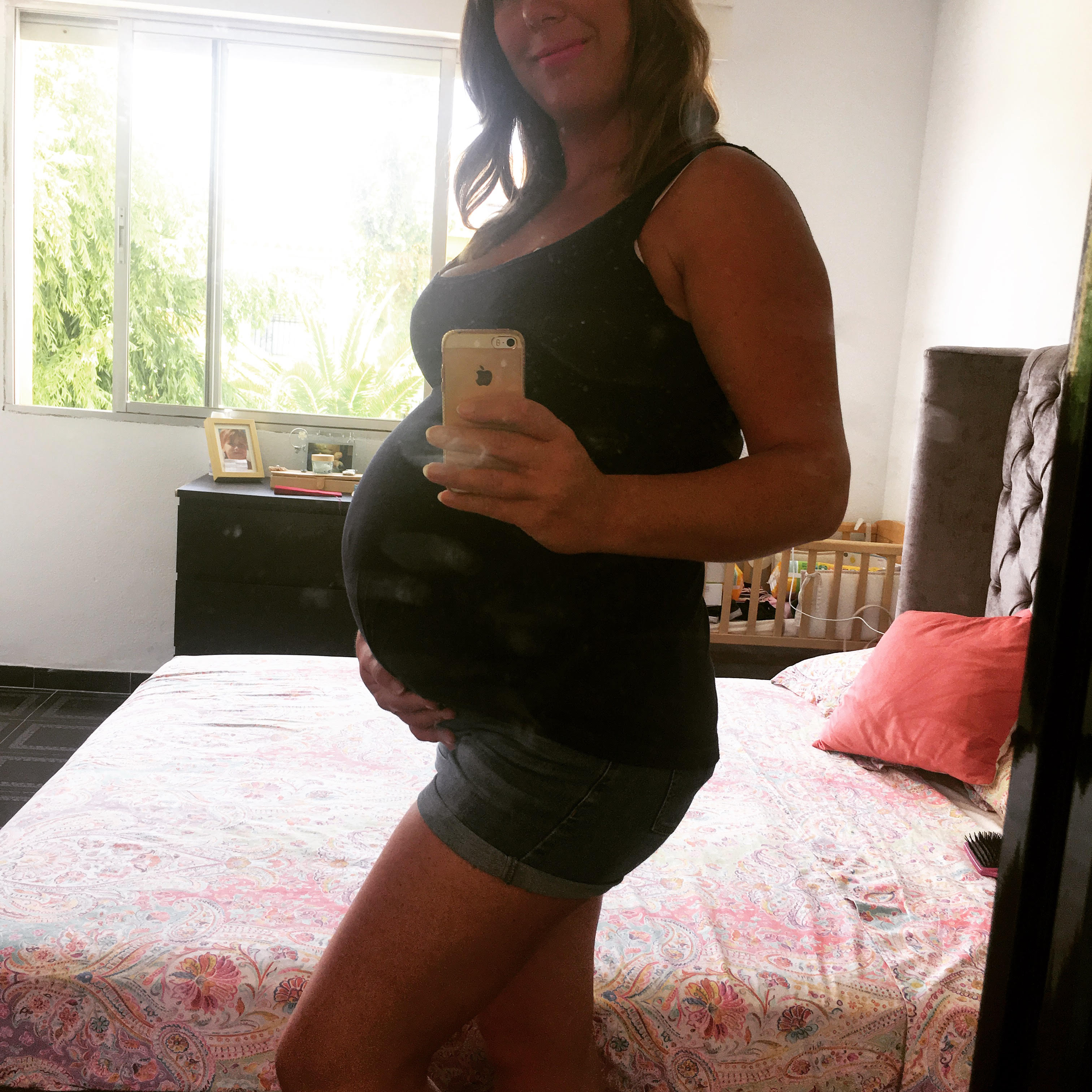 On Christmas Day, I went to a friend's house with the kids and my cousin Luke. We had turkey and all the trimmings, followed by hours of karaoke.

On Boxing Day, David and I had our second date. He cooked a delicious chicken dish with sweet potato chips. It was the first time a man had ever cooked for me.

A couple of weeks later, David returned to the UK for the weekend, while I made a doctor's appointment to discuss contraception – hoping our relationship would continue.

"Before I refer you to a gynae doctor, I need you to take a pregnancy test," she said.

Back home, I did one – and gasped as a looked at the tiny window on the stick.

I re-read the instructions but there was no mistaking it – I was two to three weeks pregnant.

Pregnancy and the morning after pill: the facts

You need to take the morning after pill within three days (Levonelle) or five days (ellaOne) of having unprotected sex to prevent pregnancy.

The sooner you take it, the more effective it is – and you definitely don't have to wait until the next morning.

The morning after pill isn't meant to be used as a regular form of contraception.

Here in Britain, you can get it for free at a contraception clinic, sexual health clinic, some GP surgeries, most walk-in centres and pharmacies (where you will have to pay).

The morning after pill is not a fail-safe method of preventing pregnancy.

I sat down, feeling wobbly. There was no way I wanted to become a mum for a third time, especially at my age.

Not to mention my worries about what David would say. I didn't even know if he wanted kids. He was practically a stranger.

I started considering an abortion and wondered whether I should even tell him. But that night, he texted me, saying: "I wish I was with you".

I lay on my bed, sobbing. The next morning, David phoned me.

"I've fallen in love with you," he said. "I wanted to tell you before, but I wanted to be sure."

I sat down, feeling wobbly. I didn’t even know if David wanted kids. He was practically a stranger

The next day, I picked David up from the airport. As we strolled along the beach, he showed me photos of his nieces and nephews.

"Do you see yourself being a dad one day?" I asked.

"I haven’t really thought about it," he said. "If it happens, it happens."

"What would happen if I was pregnant?" I said.

"That’s not funny," he replied. I stopped walking and David froze.

"You’re not joking, are you?" he said. Then, to my surprise, a huge smile spread across his face.

He was thrilled, yet I felt like my world was falling apart. I confessed how I felt.

"Whatever your decision, I’ll be by your side," he said.

I took a week to think about it, but David's excitement changed something in me.

I knew he was going to be a great dad – and I loved him.

At our eight-week scan, the sonographer was scanning my stomach when she suddenly went quiet. "You're having twins," she said.

David swore loudly and nearly fell off his chair, while I burst into tears.

My mum Jackie had always wanted twins in the family. At 52, she had died from a brain haemorrhage, yet now her wish was coming true.

From then on, the pregnancy felt meant to be.

We discovered we were having identical twin boys. As my bump grew, David remained a gentleman, showering me with flowers and cooking up healthy meals.

At 35 weeks, I went into labour but both babies were breech so I was rushed to theatre for an emergency C-section.

Our twin boys, Michael and Jaxon, were born on August 22 2017, both weighing four-and-a-half pounds.

I was able to kiss each baby before they were whisked away and put into incubators.

It wasn't until the following evening that I held them for the first time. 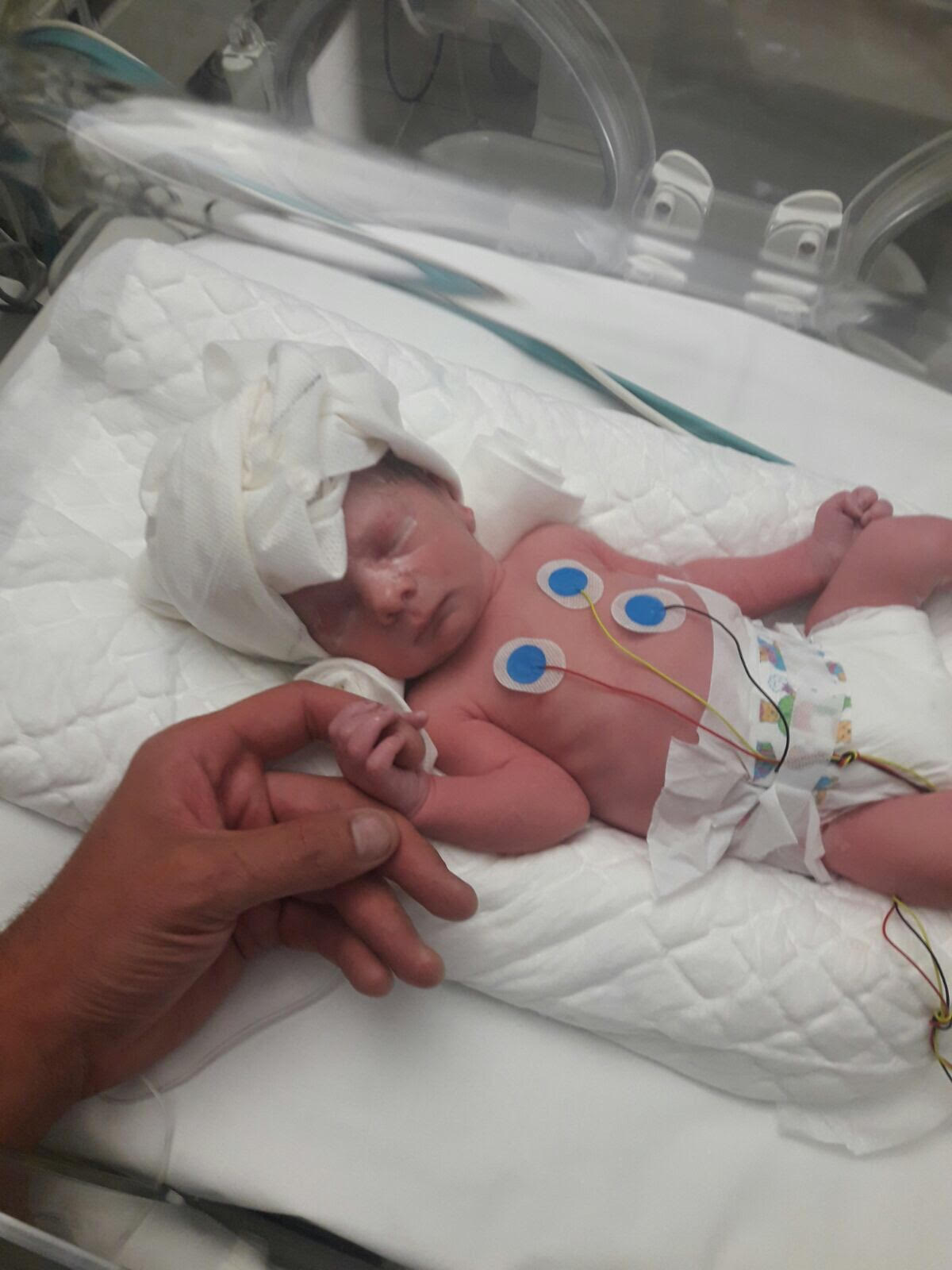 Back home, I was impressed with how hands-on David was. Night feeds and changing dirty nappies simply didn’t faze him. We were a real team.

The twins are two now and we've returned to the UK. We live in Washington and we even have another baby boy, Blake, who was born on May 28 2019.

David came along when I was least expecting it and after just one date, our relationship moved quicker than we ever imagined.

Neither of us were ready for a family together but somehow – luckily – it worked out for us both.

Christmas has always been my favourite time of year and now I love it even more, because it’s when I finally found The One.

We previously spoke to a woman who fell pregnant with twins after a one-night stand on a cruise aged 41 – despite doctors warning her she might never be a mum.

Lisa wrote a book, called Dating Diary of a Single Mam, which you can buy on Amazon here.