SITTING on the loo, Emma Harling longed for the relief of being able to go for a wee.

Her stomach had ballooned so big she looked eight months pregnant and the pain was immense. 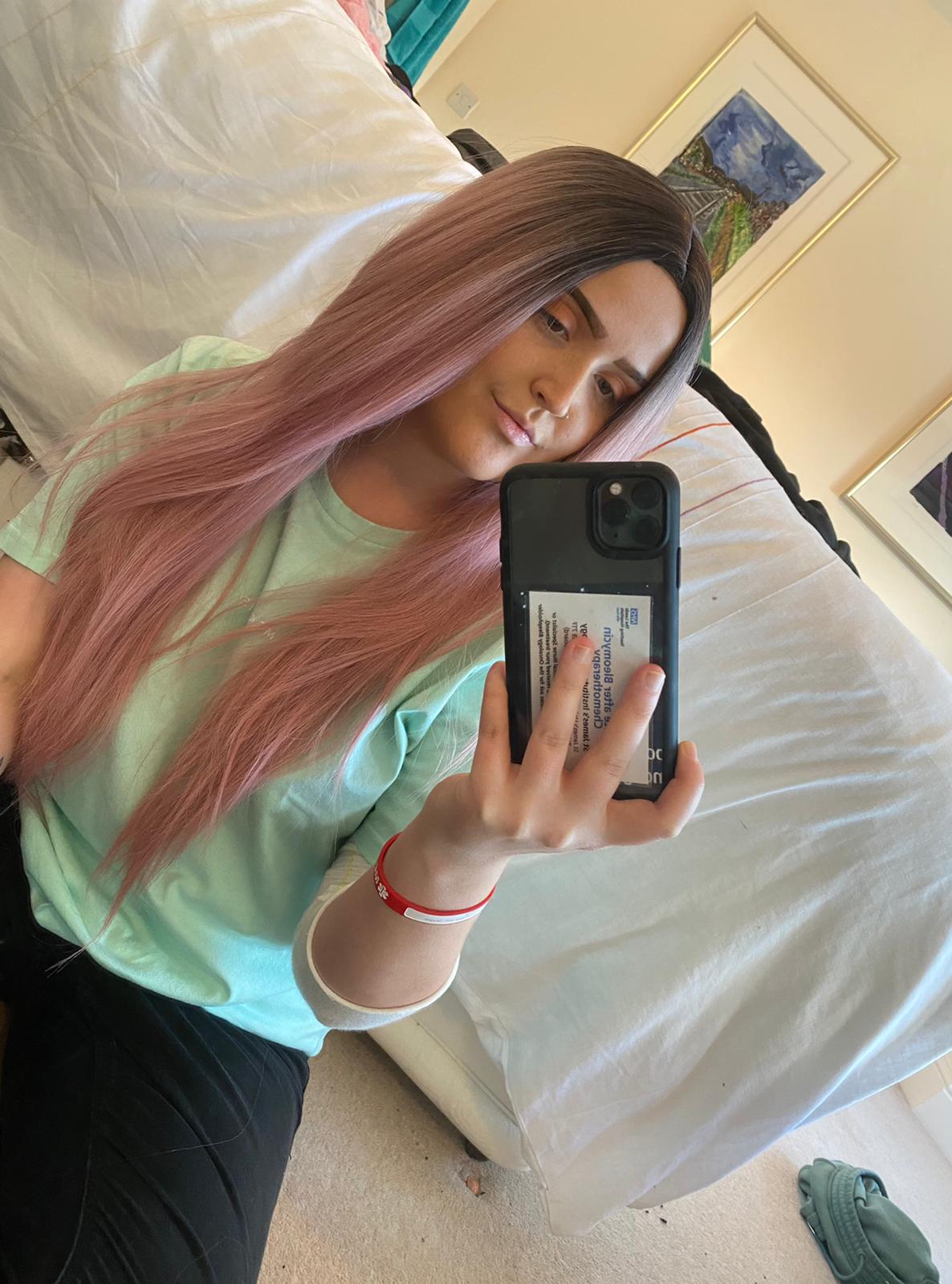 She knew something wasn't right, but at just 20 she put it down to nothing more serious than a urine infection.

But when the pain became too much to bear, she was rushed to hospital where doctors eventually diagnosed her with ovarian cancer.

Emma, from Burley on Wharfedale, West Yorks, said: “I never imagined for a second it could be cancer.

"It’s a cliche, but you don’t think it could happen to you, especially when you’re young.”

Each year 7,400 women are diagnosed with ovarian cancer in the UK.

Yet according to the charity Ovarian Cancer Action, 90 per cent of women can’t name the four main symptoms of the disease.

And with symptoms including bloating, it can often be mistaken for less serious conditions, such as irritable bowel syndrome (IBS). 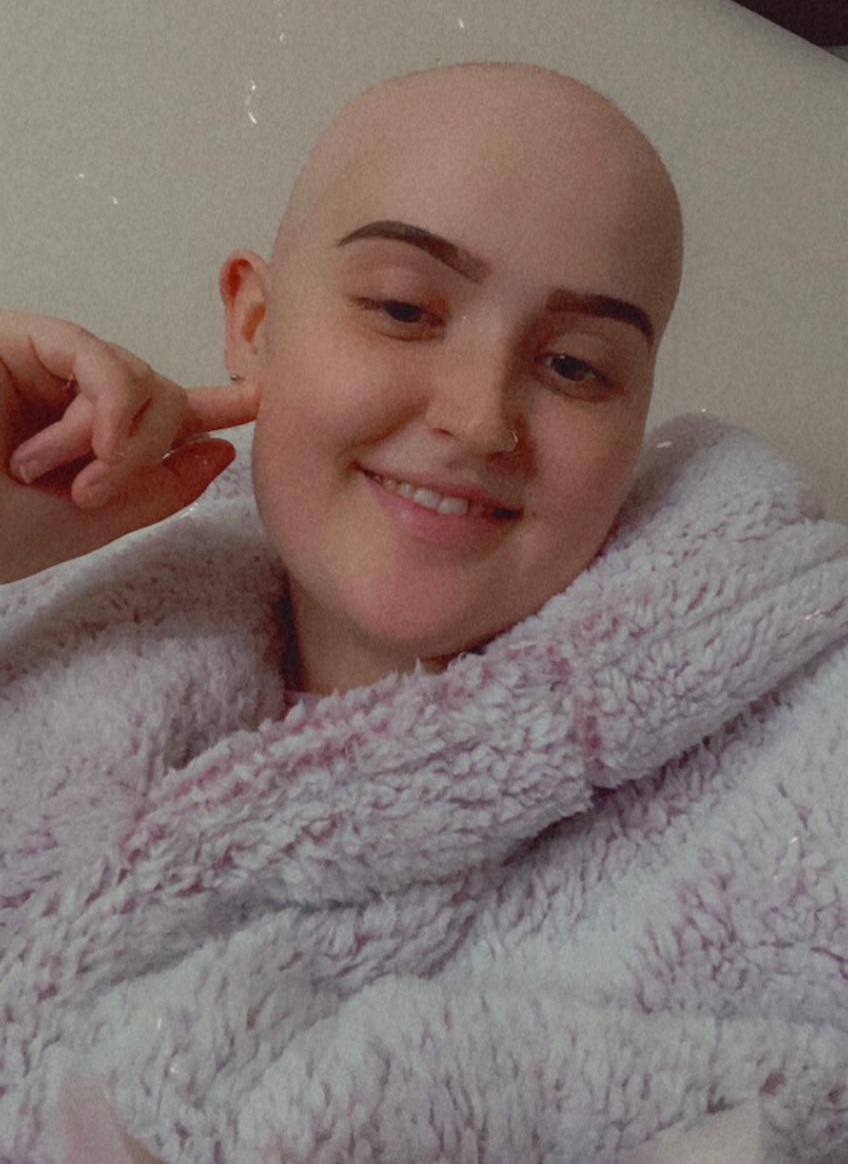 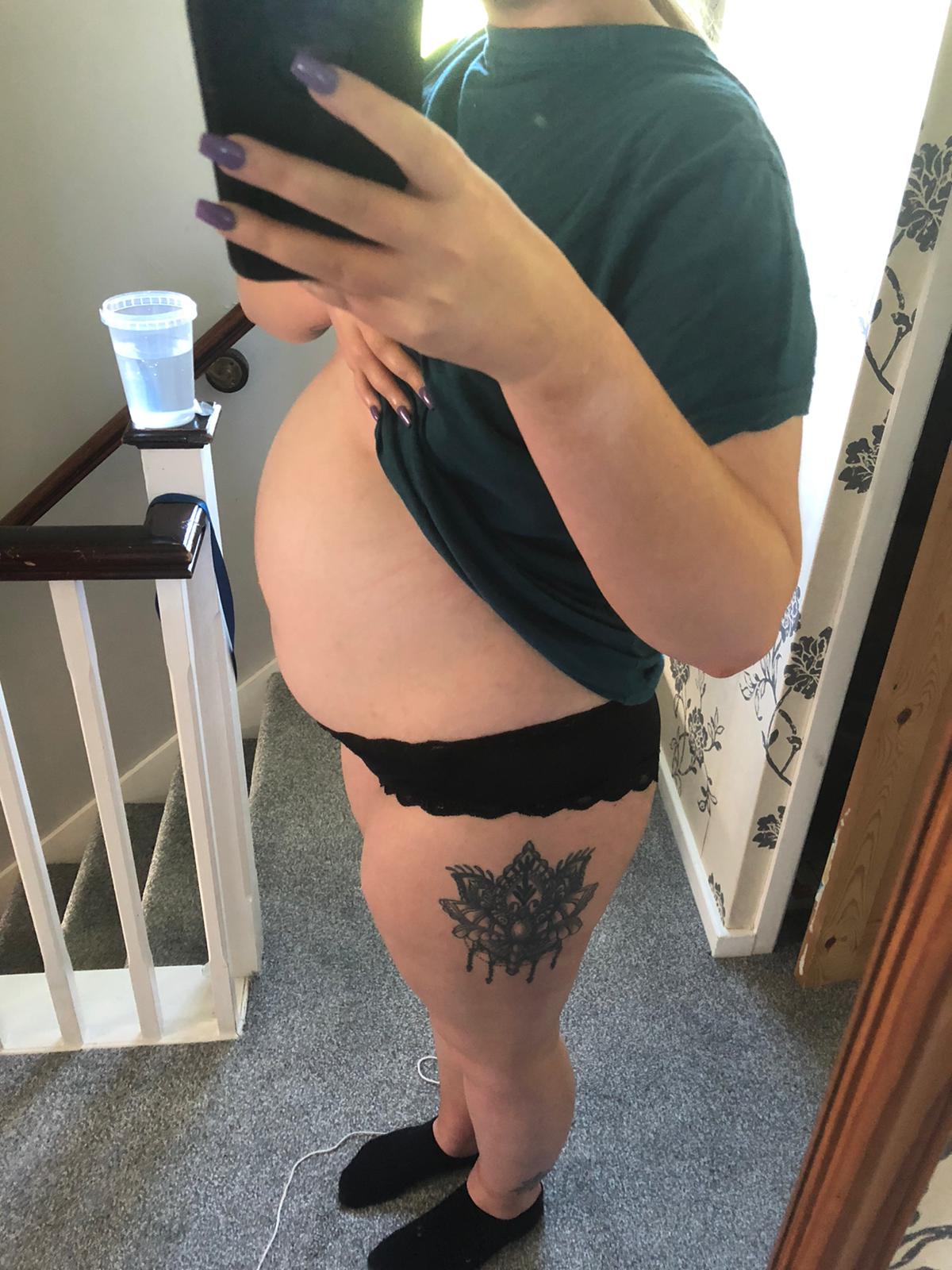 Emma, now 21, said: “I’d had episodes before of feeling sick and having constipation and diarrhoea.

“So, at the start it wasn’t a big concern and I just presumed it would go away.

“But then around the same time in June last year, there was one week I couldn’t wee at all.

"I spoke to my GP – on the phone because of Covid – and they thought it was a urine infection.

“I’d never had that before, but they gave me antibiotics and I hoped for the best.”

“All of a sudden I got a really nasty pain in my stomach and the whole thing swelled up,” she says.

“I was in that much pain it was hurting to breathe so my mum took me to A&E.”

There, while mum Lisa Horrox waited in the car park, medics carried out blood tests before sending Emma back home.

“They told me they couldn’t find anything in my bloods, and that was it,” she said.

“It’s funny looking back but I just thought, it’s one of those weird things, it’ll probably go away.”

And while the pain and swelling subsided within a couple of days, Emma’s nausea and diarrhoea carried on.

Problems with what she thought was a urine infection carried on too, waking up through the night for the toilet over a number of weeks. 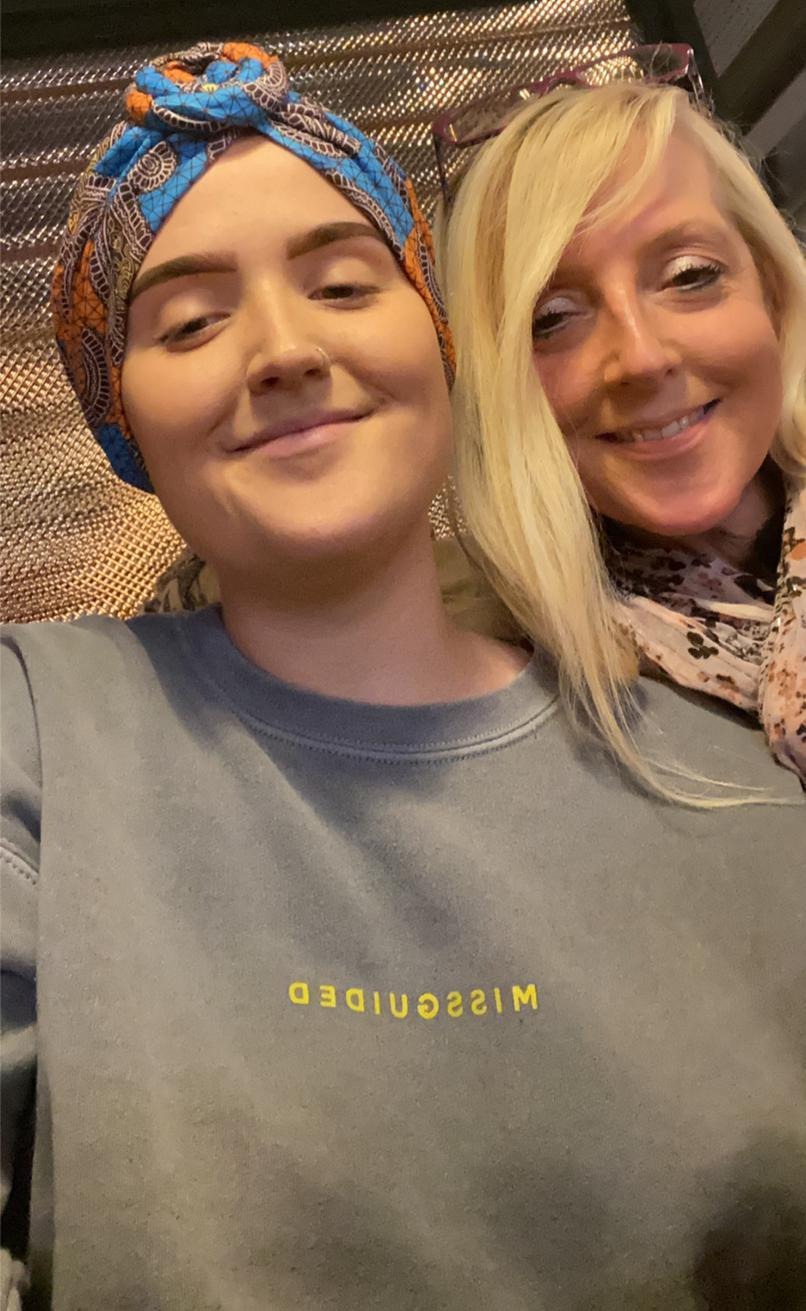 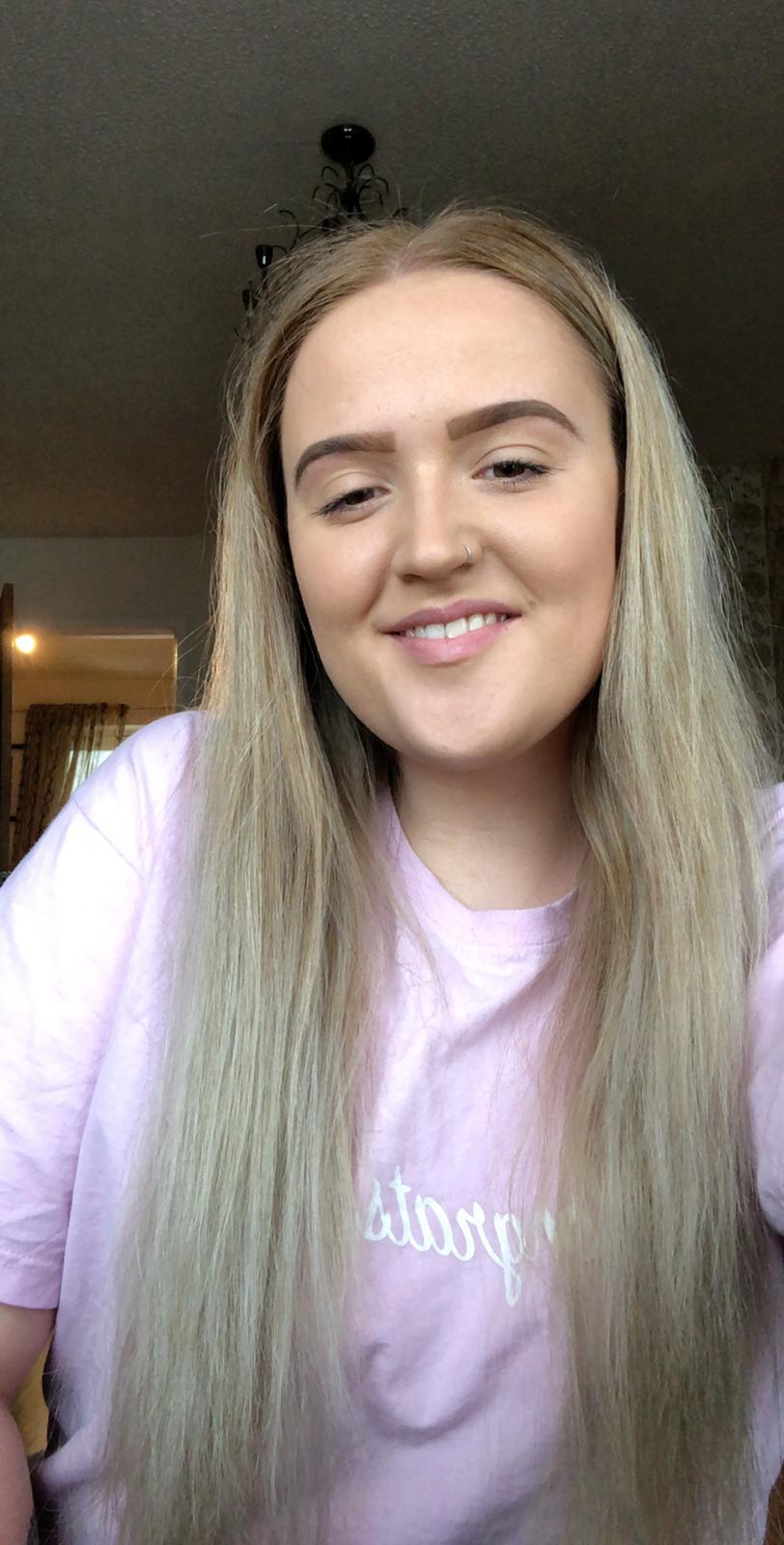 “As well as that, I then lost my appetite,” she added.

“If I’d have even a child’s portion of food it felt like my stomach was full to the point of bursting.

“I lived by myself and it came to the point that I’d be so tired after work I’d go straight to bed.

"Now my mum, who’s a nurse, says if I’d been with her she’d have known something was seriously wrong.”

After a couple of weeks of discomfort and barely eating, Emma went back to her GP in July.

“The main thing I thought about was IBS,” she said.

The 7 warning signs of ovarian cancer to know…

Loads of us suffer from bloating on a regular basis but here, we're talking about chronic bloating that doesn't go away after you've had a poo or a few hours after eating.

2. Pain in your belly or pelvic area

Again, belly aches aren't uncommon but if you feel pain every day then that's an indication that something's up.

If you have tension in your stomach or pelvis which goes after passing wind or going to the loo, you might have something like IBS. With ovarian cancer, however, there's no physical release.

Changes in appetite are always worth getting checked out. If you normally demolish three good meals a day and suddenly find yourself struggling to eat half of your breakfast, something's not right.

Drinking more water might make you run to the loo but when you're peeing more frequently for no apparent reason, it's worth getting checked out.

Needing to pee usually isn't a sign of ovarian cancer but could be a symptom of something else going on in the area.

Like needing to pee more, there are any number of reasons why you might get lower back pain.

But if you have any of these other signs then you absolutely must go to see your GP as soon as you can.

Our poo tells us a lot about our health.

To know if anything changes, you have to be aware of what's natural for you. If you normally go for a poo once or twice a day and suddenly find yourself running to the loo five or six times, that's a sign that something is off.

The same applies if you struggle to go at all.

If you haven't been actively trying to lose weight and find that a couple of stone have suddenly fallen off, that's not a good sign.

Losing weight when you are not trying to is a very common symptom in people with cancer. It may be one of the reasons you first go to the doctor.

An unexplained weight loss of 10lbs or more may be the first sign of cancer.

Cancer Research UK says: "If you are not dieting and you lose more than 5 per cent of your normal weight in one month or 10 per cent in six months, your doctor will want to find out the cause.

"This may not seem like a lot of weight, but if you continue to lose weight at this rate, it could become a serious problem."

“I’d Googled all the symptoms and it seemed to point there. The GP said they’d also check for coeliac disease and a whole load of other bugs too.

“Then on the morning of the appointment my mum said I should get CA125 blood test on my form – a test to look for the early signs of ovarian cancer.

“She’d thought about all my symptoms together, and after years as a nurse and working with the Be Clear on Cancer campaign, she realised all this could be down to ovarian cancer. I was terrified.”

Just seven hours later Emma got a call to say doctors believed something was wrong with her ovaries and that she’d be sent for a scan.

“By then, my stomach had completely popped,” she says. “Over those weeks I’d lost weight.

"I could see it in my face – but at the same time I’d put on a stone and I couldn’t see where it was.

"Then my stomach just popped, a few days before my blood tests. It was like I was eight months pregnant and I thought, I can’t wait weeks for a scan.”

Once again Emma went to A&E where an on-call doctor felt her stomach and referred her for a scan the very next day.

“They did an internal scan and an ultra sound, and within an hour a consultant, a nurse and a Macmillan nurse all arrived to speak to me,” she says. 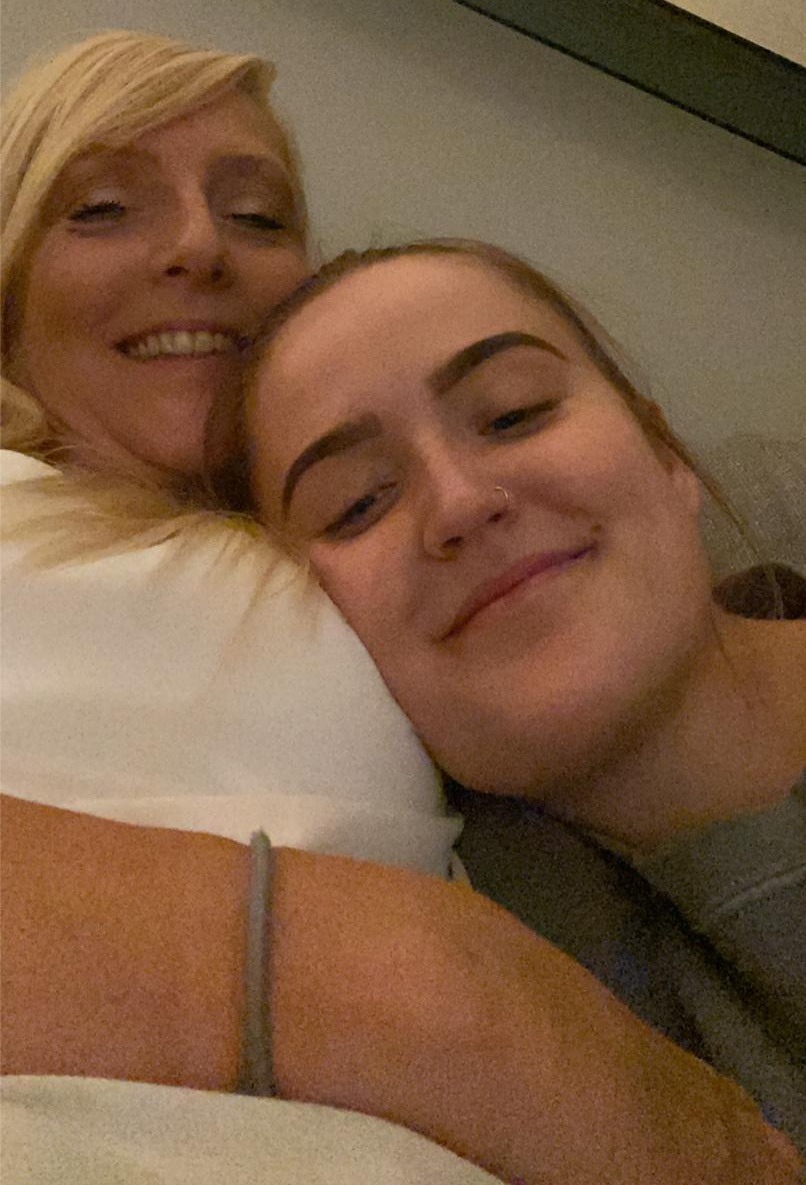 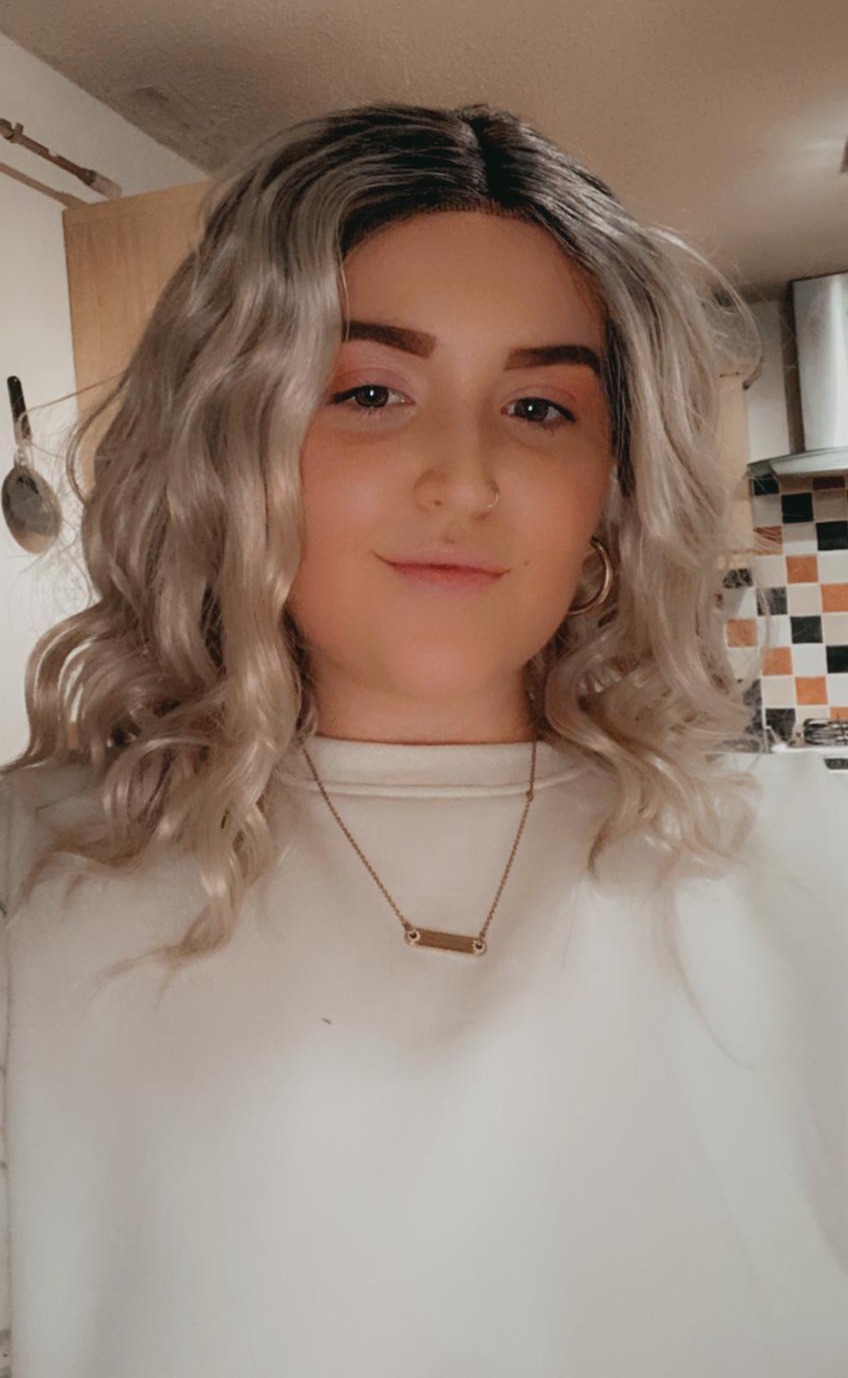 “It was terrifying. They told me they’d found a 22cm lump growing on one of my ovaries. Within a week I had a biopsy, an MRI, and a CT scan.

"I did all of it on my own because of Covid. Everyone was masked up and in PPE.

"I even had to wear a mask in the MRI machine for half an hour. It was horrible in that confined space.”

“It was devastating, but I’d braced myself for it," she said.

Germ cell tumours are rare and account for around five per cent of ovarian cancer cases.

Starting in germ cells, the cells that go on to develop into eggs, they mainly affect younger women. Most germ cell tumours are benign.

Mature teratomas are a common type of benign germ cell tumours which can be removed through surgery. These types of tumours commonly affect women in their fertile years and could present anytime between teens and forties.

Immature teratomas are malignant and commonly occur at a much younger age. Teenage girls and women in their early 20s are most at risk of this kind of germ call ovarian cancer. They are called immature because the cancer cells are at a very early stage of development. These types of tumours are commonly treated with surgery and chemotherapy, and outcomes are usually very good.

Other types of malignant germ cell cancers include: yolk sac tumours, mixed germ cell tumours and dysgerminomas. These may require surgery, removal of the affected ovary and chemotherapy.

Emma’s tumour was so big doctors had to shrink it with four rounds of chemotherapy before her surgery in December.

“They took my right ovary and tube and two lymph nodes,” she said.

“Because it all happened so fast there was no time to freeze my eggs, but they did a fertility sparing treatment to minimise the potential damage to the remaining ovary.

“From the minute I was diagnosed, I’d resigned myself to the fact I’d need a hysterectomy and that I’d never have children, so extra treatment to save my other ovary wasn’t a priority. 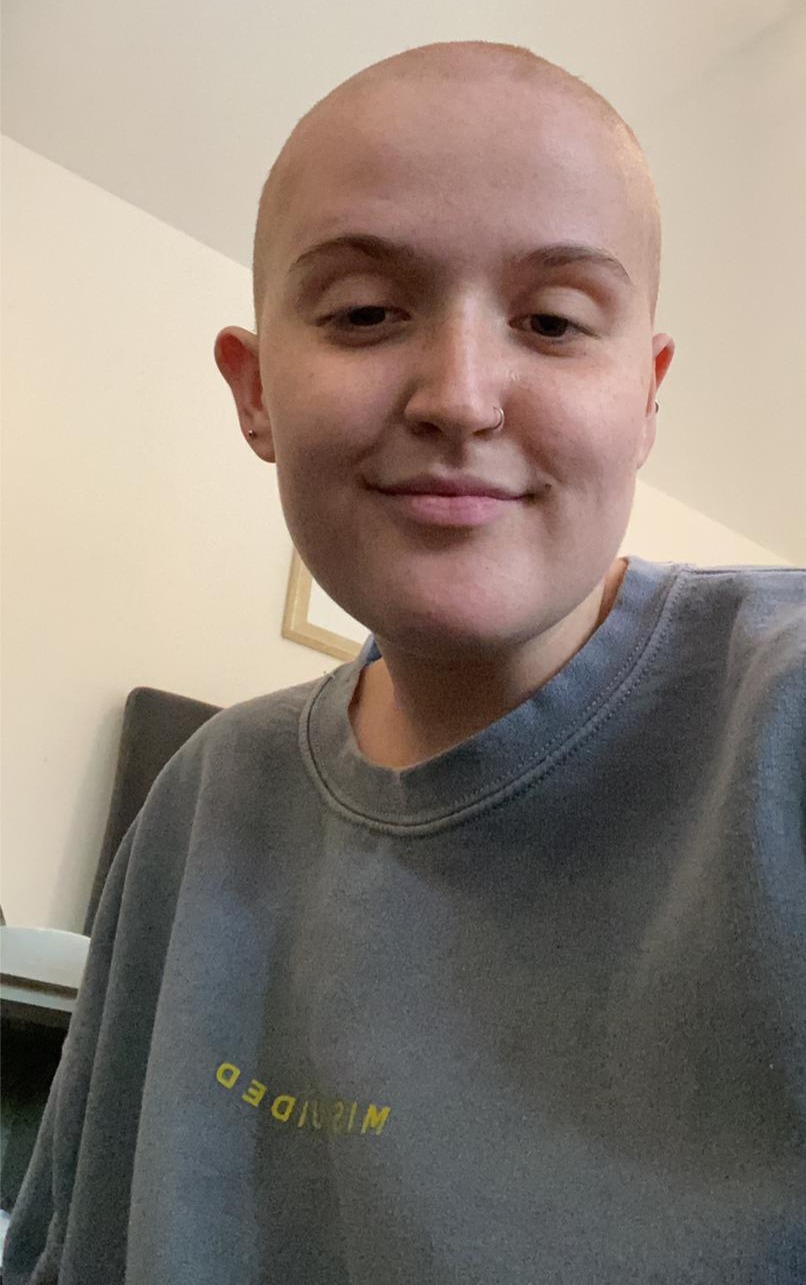 "I was in survival mode but I agreed to it, and now I’m glad I did although I still don’t know if I’ll ever be a mum.

“At the time, all I wanted to do was get through it alive, but when my chemo ended the child thing did hit me.

"I suppose it’s the idea of explaining it all to future partners. How do you bring that up?”

With her treatment now complete, Emma has been told she is cancer free and she started work again at an anti-money laundering company earlier this month.

“I’m working from home,” she says. “But I love my job and I wanted to get back to normal.

Who is most at risk of ovarian cancer?

A number of things can increase your risk from ovarian cancer, including:

"It’s as if my life stopped, but now I’m back in my own house and working I feel like I’m getting my independence back.

“I lost all my hair through the treatment but already my eyebrows and lashes are back and I’ve got baby duck hair across my whole head.

“It’s been a hard slog, especially because I’ve not been able to see my friends and get a hug off all the people I want to, but I’ve stayed pretty positive through it all.

"I’ve had my down moments in my own time, but everyone’s having a hard time at the moment so trying to keep a smile on my face has been a priority.”

With cancer referrals down by 75 per cent last year due to Covid, Ovarian Cancer Action estimates there could be an extra 35,000 cancer deaths due to the pandemic – and is concerned women with ovarian cancer could be hit.

Cary Wakefield, chief executive, said: “Whilst many of us are working from home to avoid the spread of Covid-19, cancer is going undetected.

"If you are experiencing unusual symptoms, your GP wants to see you. And let us be clear, you are not a burden.

"Catching cancer early actually helps the NHS and even more importantly, an early cancer diagnosis can save your life.”