SHE has been branded Britain's shoplifting queen after nicking £2million worth of goods during her 46-year criminal 'career'.

But today, mum-of-six Kim Farry, 59, has swapped shameless stealing sprees for posing topless in public – and she says she feels sexier than ever. 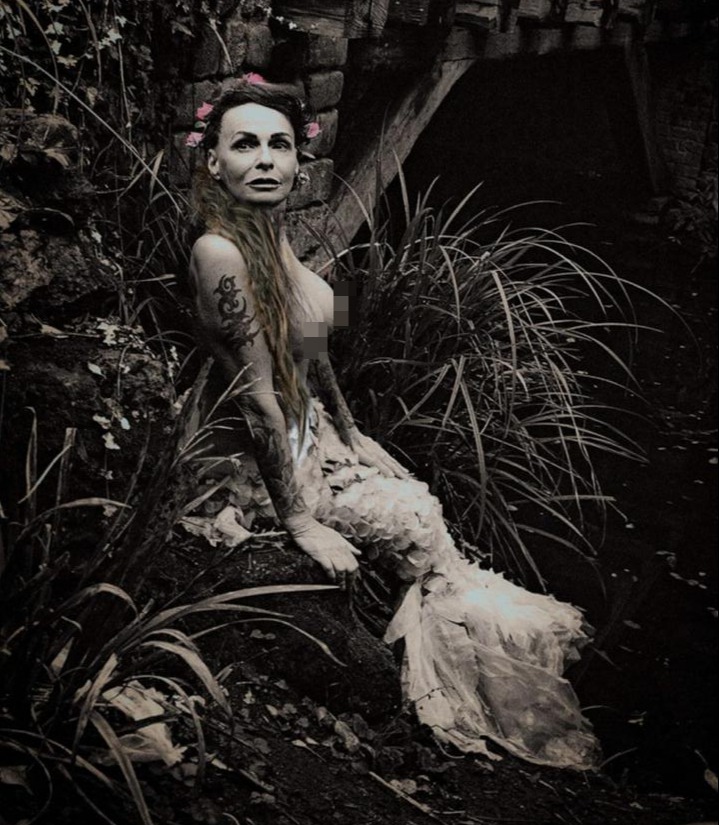 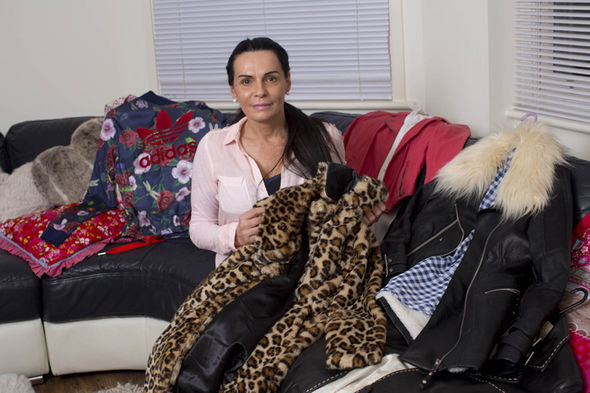 Jobless Kim, now living on benefits, stripped off for a freezing Victorian-themed photoshoot in a London park to boost her body confidence.

And despite a milestone birthday looming next month, she declares: "I’m 60 and still sexy! I can’t lie, I think I’m in the best shape I’ve ever been."

Kim – who admits she was "freezing her t**s off" during the shoot – also says she's at her "happiest" after shunning her lucrative former life of crime.

She used to splash her ill-gotten millions on £4,000 boob jobs, Botox treatments, luxury holidays, fancy meals out and a designer wardrobe. 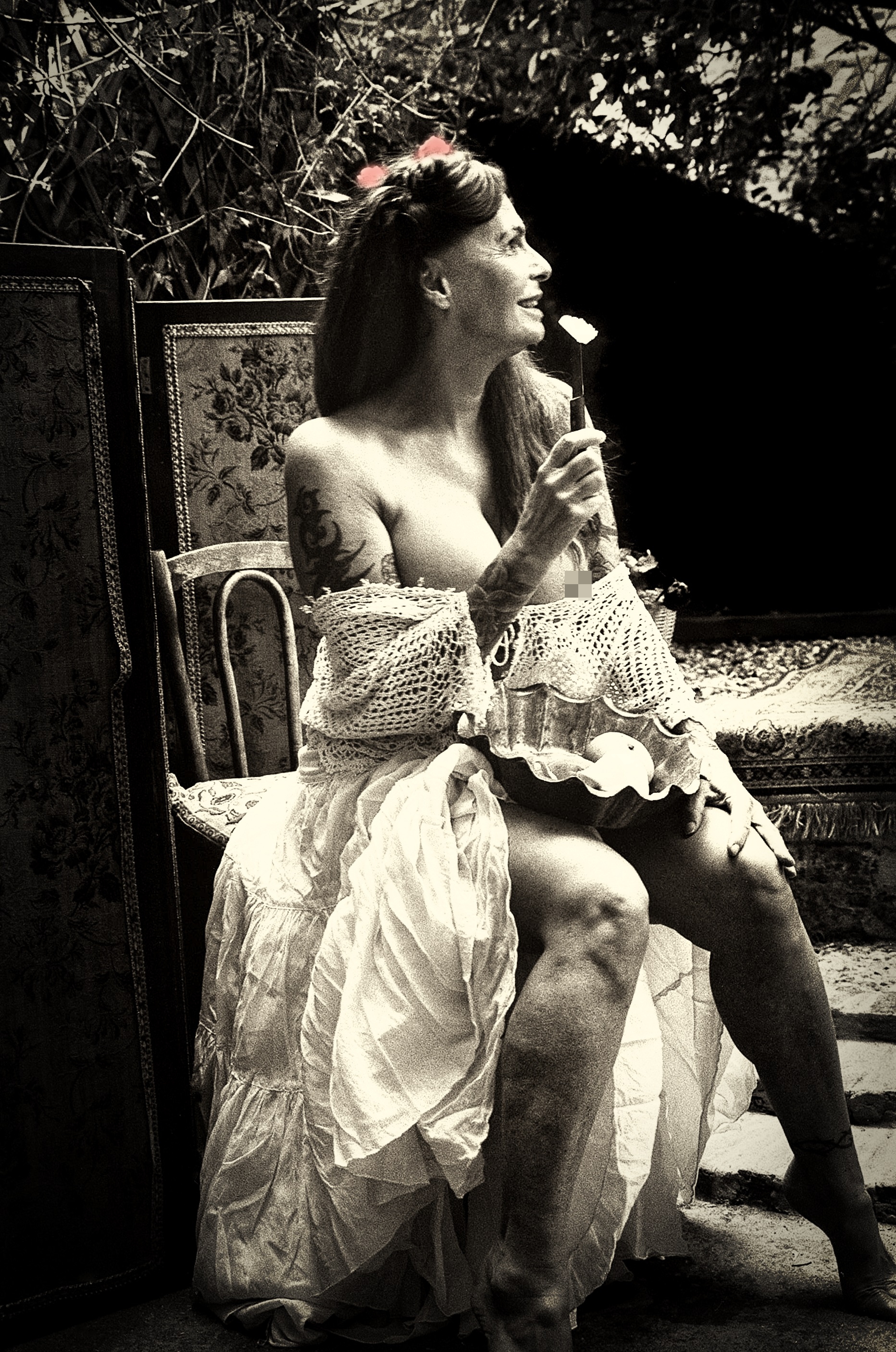 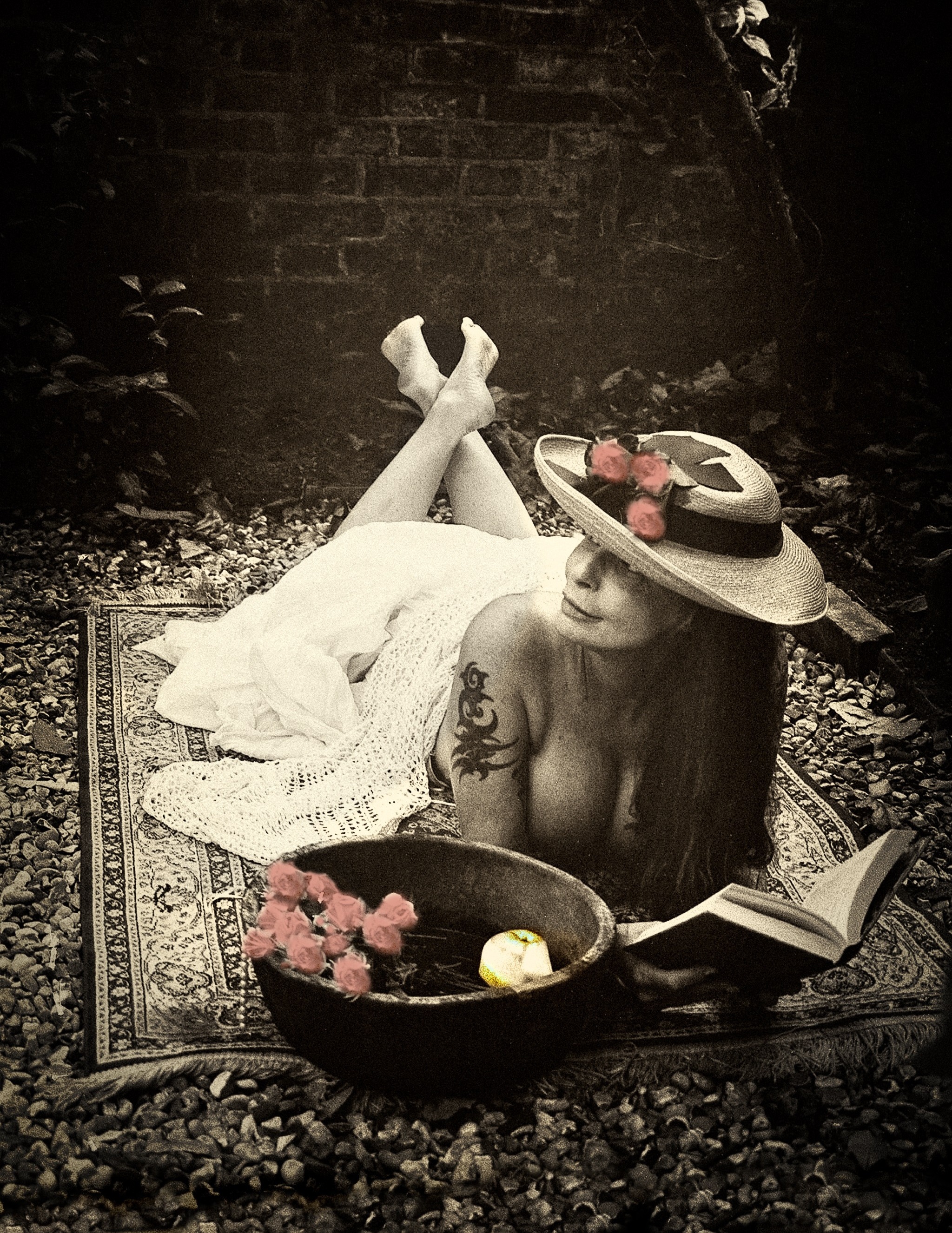 Yet now, she claims she's given "loads" of things away.

“Before, I couldn’t live on this amount of money – it had to be thousands," says the mum, who has been caged five times for her illegal sprees.

"I don’t have any clothes, I’ve given loads of stuff away because, obviously, it’s all memories of what I did and I just don’t want it.

"I’m literally here with nothing, but I’m the happiest I’ve ever been because I’ve changed how I feel, how I look and everything." 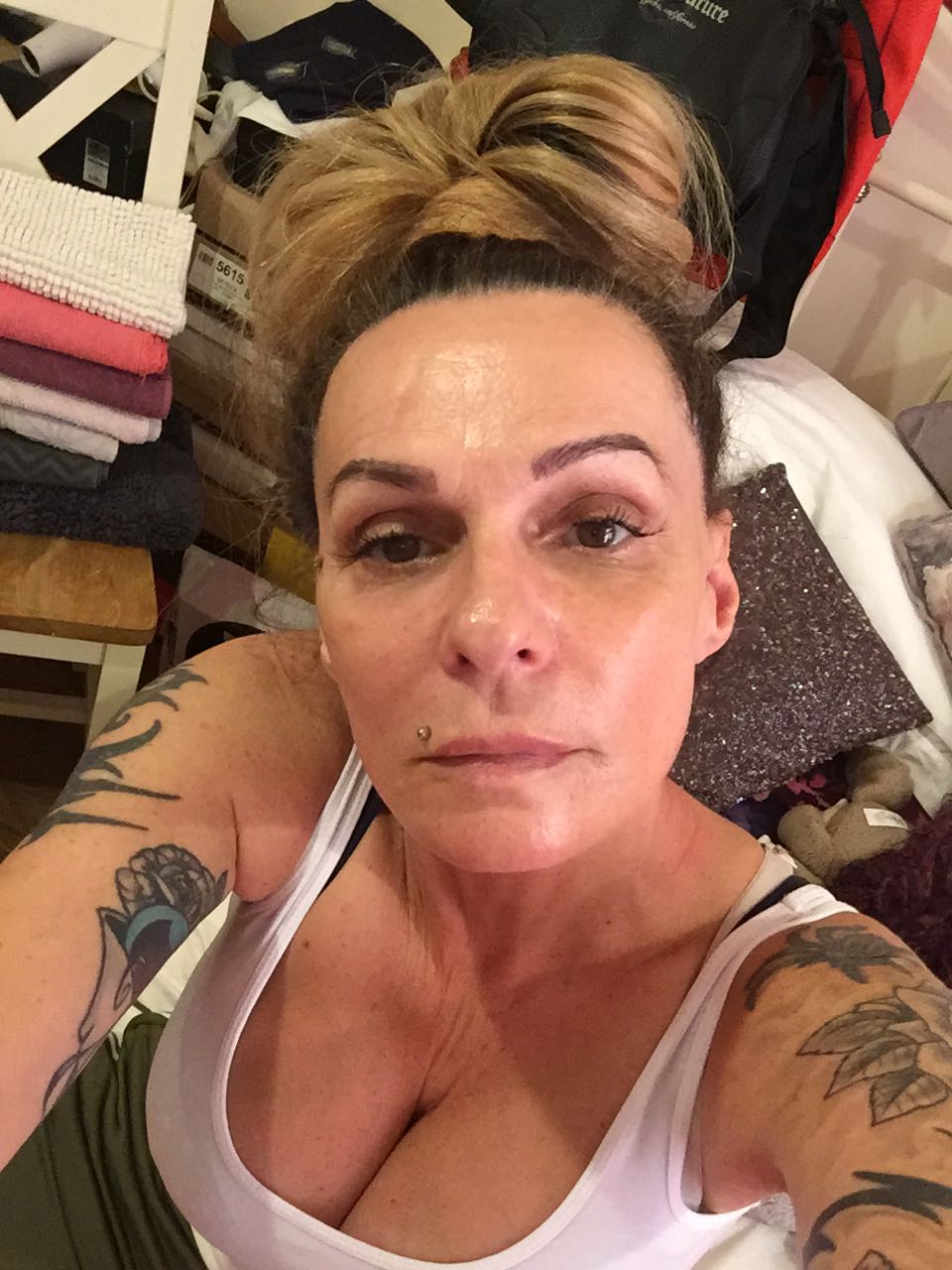 Kim – who has recently launched her own 2021 calendar, featuring her topless snaps – started shoplifting when she was only nine.

"It was because we had nothing," she recalls.

"My mum was really struggling with nine kids."

By the time she left school at 16, Kim claims she was "a pro". On the days she did get caught, she'd "turn on the tears" and beg for forgiveness.

Over the next four decades, Kim brazenly swiped goods from shops – using her haul to fund plastic surgery, designer dresses, tattoos and shoes.

Getting a "buzz" from her thefts, she spared no thought for her victims, focusing instead on making the most of "every single opportunity". 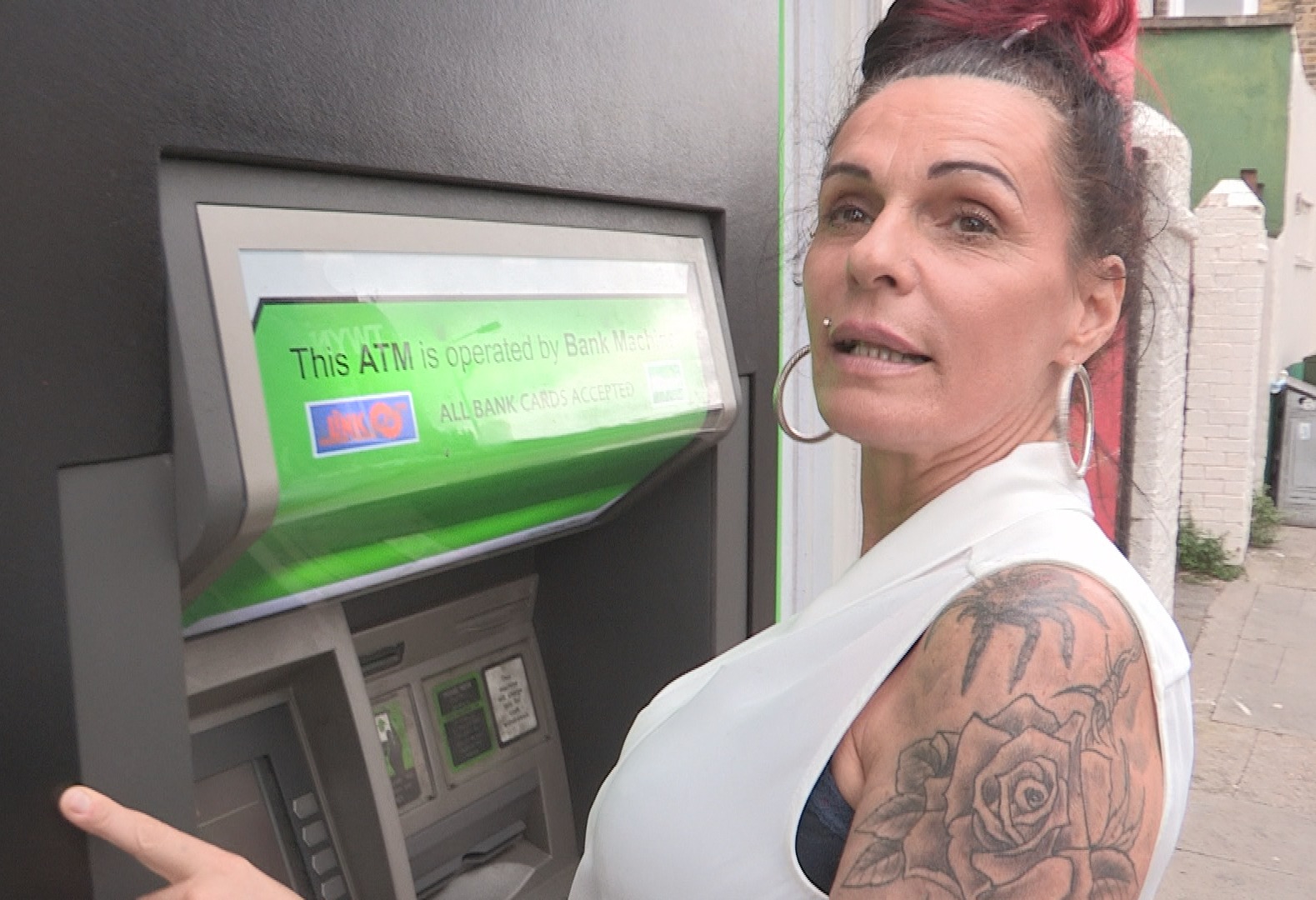 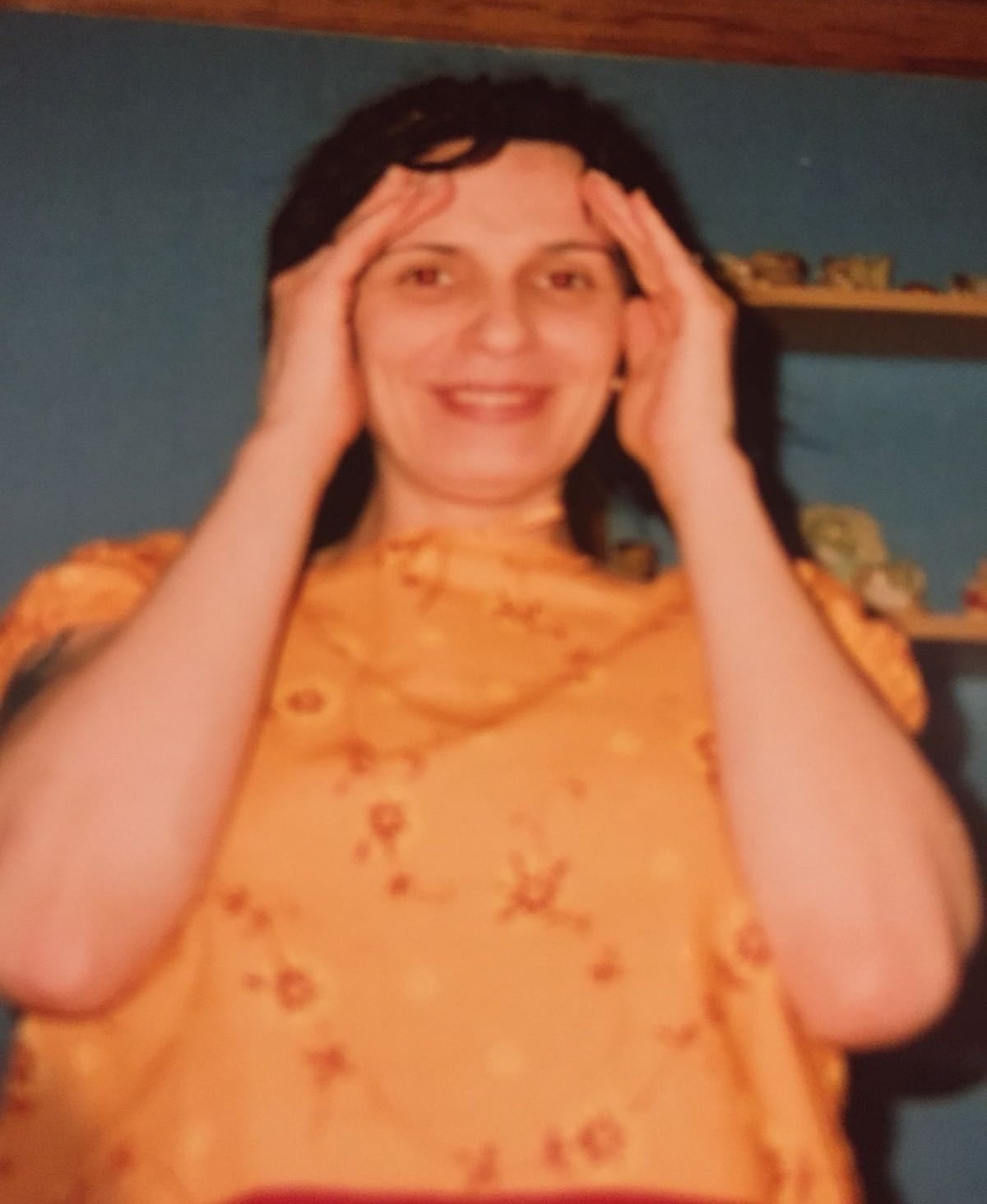 Jailed while daughter was a baby

Even prison time – on one occasion, when her daughter was just six weeks old – didn't deter Kim from what she's since described as an "addiction".

"Nothing mattered, I just wanted a business," admits the mum, who at the time saw herself as a "Fagin character", with her own gang of shoplifters.

"I wanted money so I could spoil my family."

She adds that, whenever she landed a proper job, "you’d get someone come in off the street and tell them I was a shoplifter and they’d sack me".

"I didn’t really have a choice," Kim claims, despite the fact that millions of struggling and unemployed Brits don't turn to crime to make ends meet.

"I wasn’t going to just sit around and do nothing.

"Unfortunately, it was the wrong thing to do." 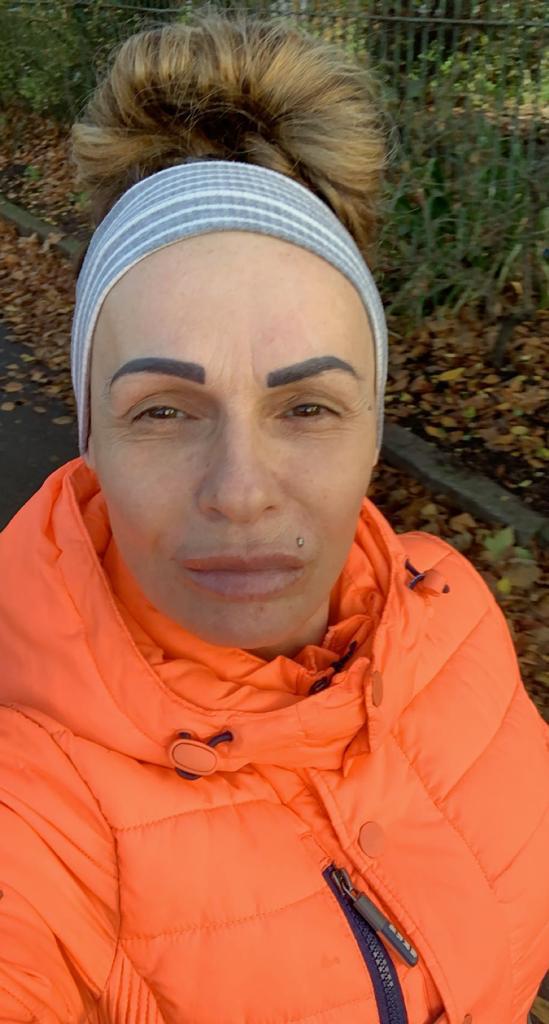 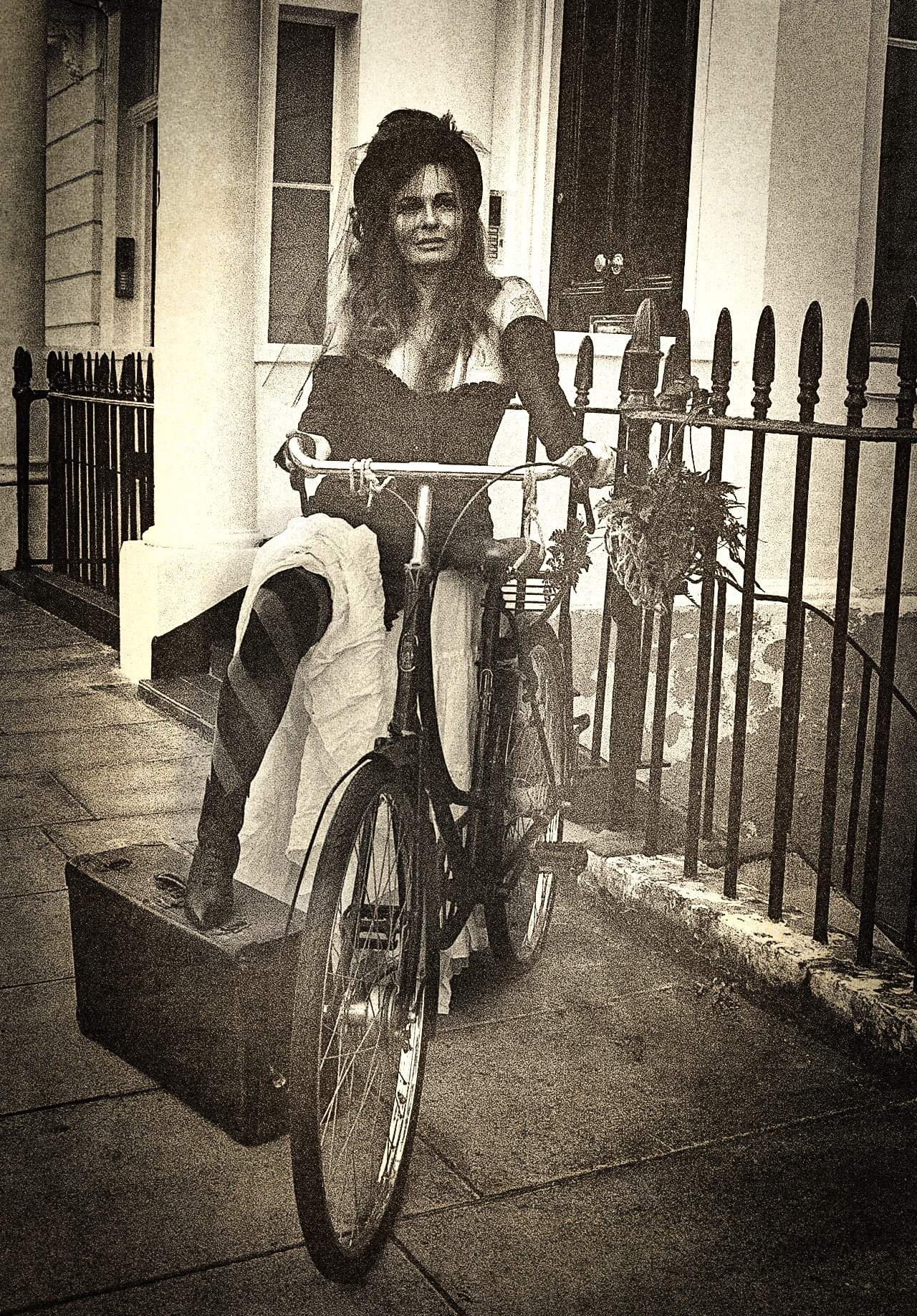 Kim, whose children are aged between 20 and 40, reckons she pinched a horrifying £2million worth of goods during her shoplifting days.

But it came at a price: she spent a total of five years behind bars and missed out on time with her children, who had to live with her dad.

Appearing on ITV's This Morning last year, Kim revealed it was one of her kids, desperate for "a normal" life, who finally persuaded her to stop.

I regret shoplifting because I’ve not just hurt people I love and care about, I’ve hurt people in the shops

And today she admits: “I regret [the shoplifting] because I’ve not just hurt people I love and care about, I’ve hurt people in the shops.

"You don’t realise that, of course, someone’s got to pay for what you’ve done. Even though I went to prison, they’re still suffering as well.

"I didn’t really appreciate any of that until I took a step back." 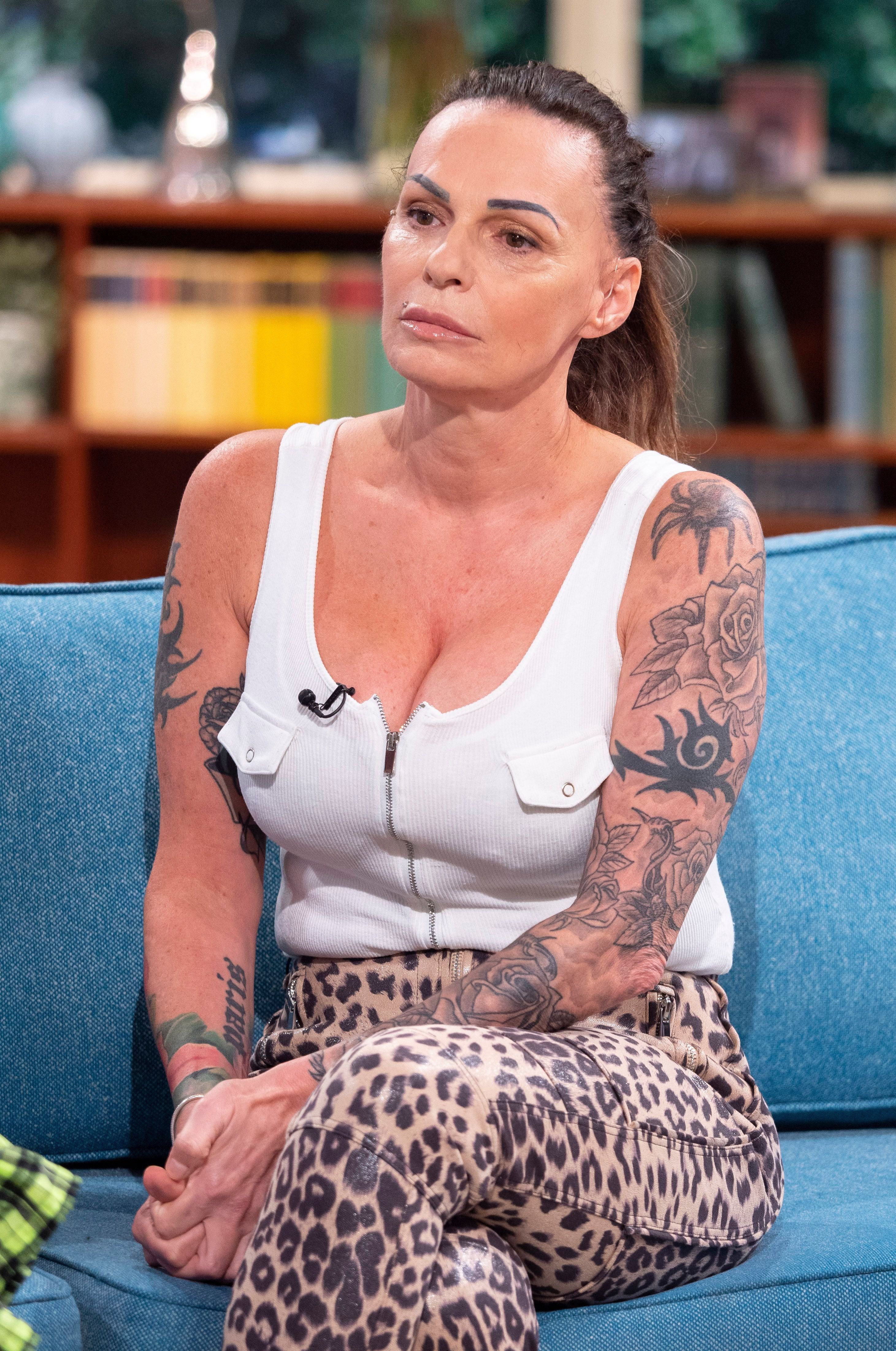 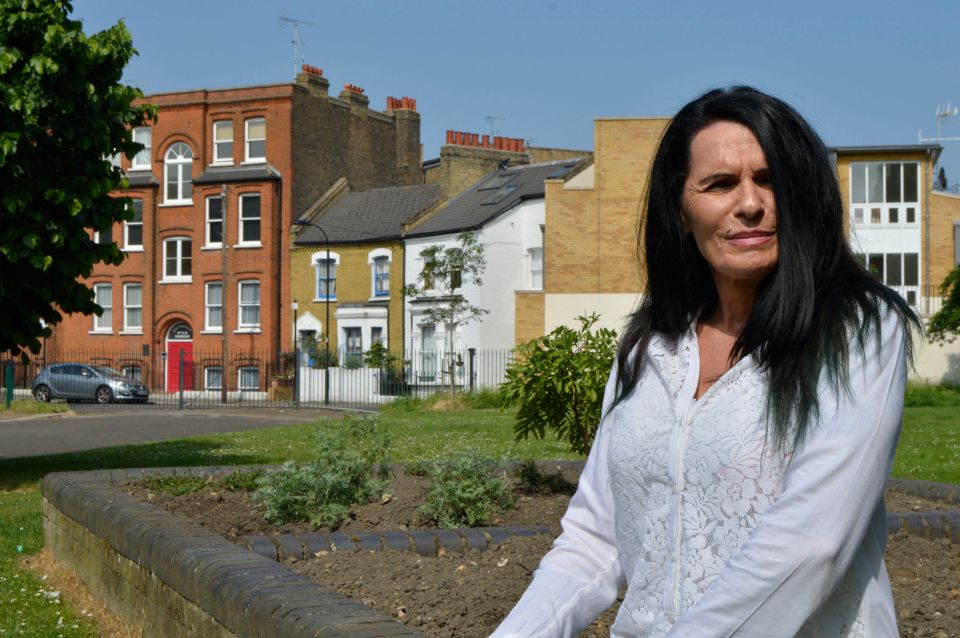 But at the same time, she complains about the bad press and reactions she's received for her crimes, insisting "there’s always a story behind" convicts.

"There are celebrities who have been shoplifting as well," she says.

From £4k boob jobs to benefits

In 2015, Kim turned over a new leaf and went "cold turkey" on stealing – swapping illicit profits for government handouts of £15,000 a year.

Nearly six years on, she still relies on benefits – claiming that, despite applying for "so many jobs", she struggles to sell herself in applications.

But, living in a basement flat in Fulham, southwest London, with her 20-year-old daughter, Kim insists: “I’m just so happy I’m where I am today.”.

She adds of her financial situation: "I’m right back where I was when I first went out shoplifting – I’m in that place now and I'm struggling. 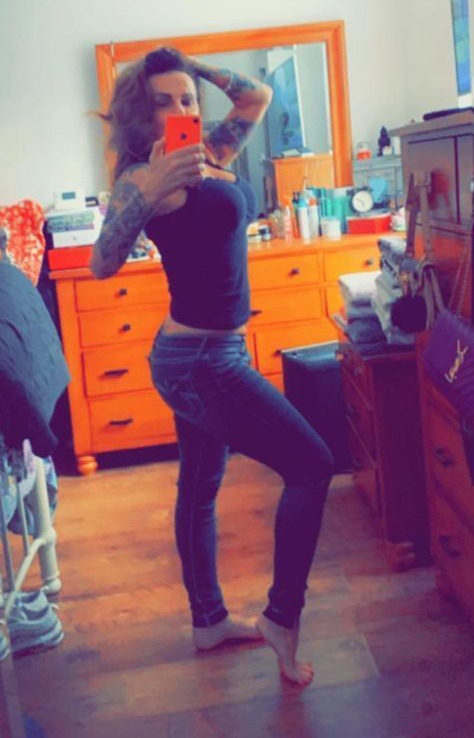 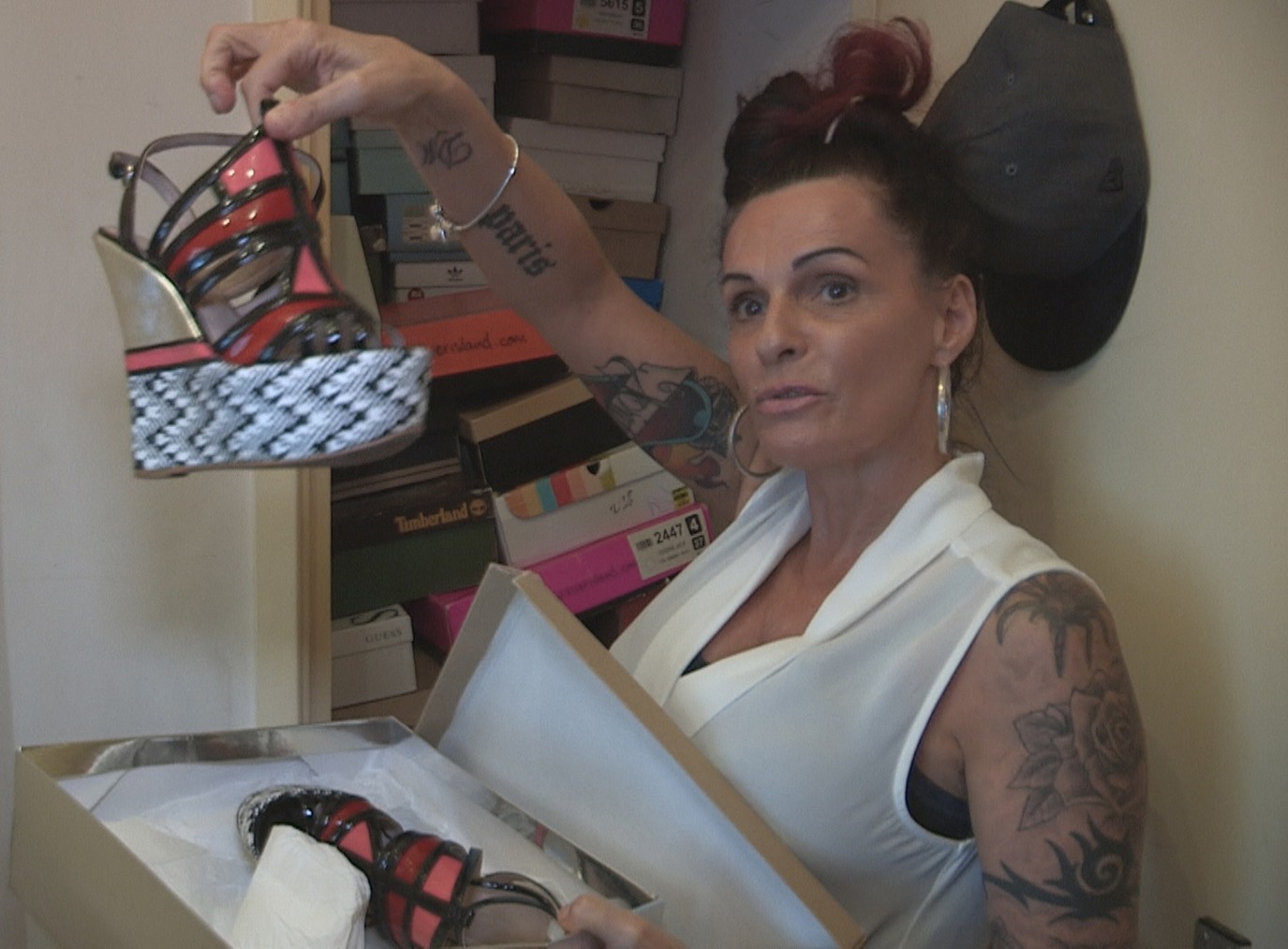 The mum, who says she had low confidence after enduring "a lot of trauma", has now transformed her diet and started doing workouts.

She doesn't eat any sugary treats, doesn't drink or smoke, and has even been leading online fitness classes during the Covid pandemic.

And she says her body, and self-esteem, are much better for it.

"I get loads of messages every day – people saying, 'I hope I look like you!'"

‘A real woman with a big heart’

PHOTOGRAPHER Susan Perry-Smith captured the Victorian-style pictures of Kim – and insists the mum-of-six has a "big heart".

She says: "Kim is a great model, she'll do anything and is open to all ideas, however crazy!

"I never guessed she wasn't confident, perhaps her honesty of character shone through, or she felt at ease with me.

"We have had many conversations about people, politics, psychology, all subjects. She's a very intelligent lady with a big heart.

"She is constantly giving me health advice and listens intently to all my problems. She has come on a long journey towards self-respect and believing in her self-beauty.

"I'm always keen to photograph Kim. She is so very real in a very fake world."

Susan adds that Kim drew "lots of admirers" during the photoshoots for her 2021 calendar.

"Some hung off balconies, telling Kim how beautiful she looked. Kim was so happy… her confidence was booming," she recalls.

She says the shots for her "absolutely beautiful" calendar – captured by photographer Susan Perry-Smith – have boosted her confidence even more.

"It’s amazing," says the mum, who is flogging her calendar on eBay and also plans to bring out her own Victorian lingerie range and photobook.

For one of the snaps, taken this Autumn, Kim posed topless in a mermaid tail in Battersea Park – while giving stunned passersby an eyeful.

"People were walking past looking at these big boobs hanging out and saying, 'what’s going on?!'" says Kim, a fan of fitness guru Joe Wicks.

"It wasn’t a great day – there was mud everywhere, my feet were covered in mud – but we did have a laugh, and I got a lot of attention!"

She adds: "They don’t have tops on, mermaids… I [went] topless because if you really want it to look like a mermaid shoot that’s what they’re like." 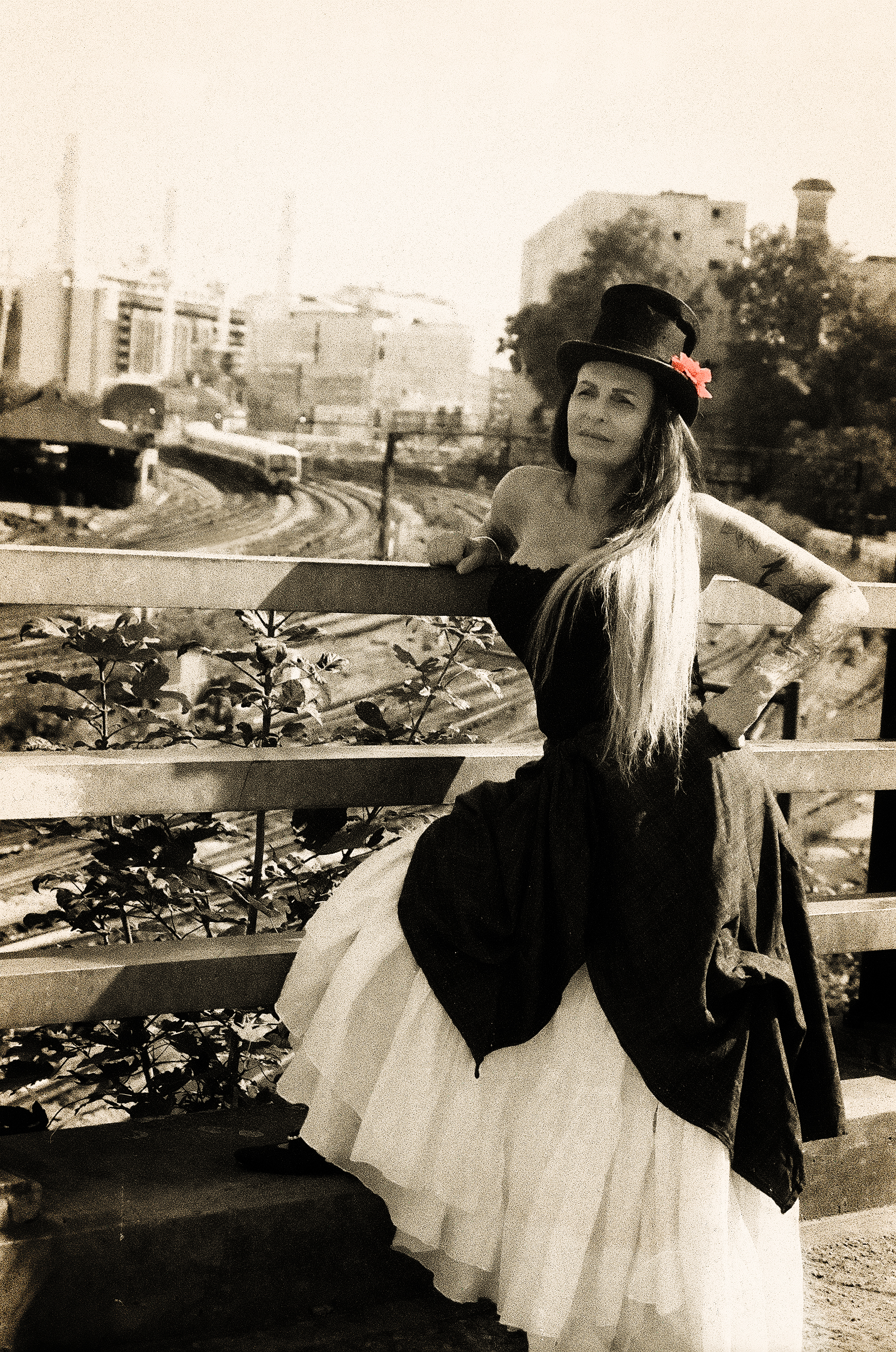 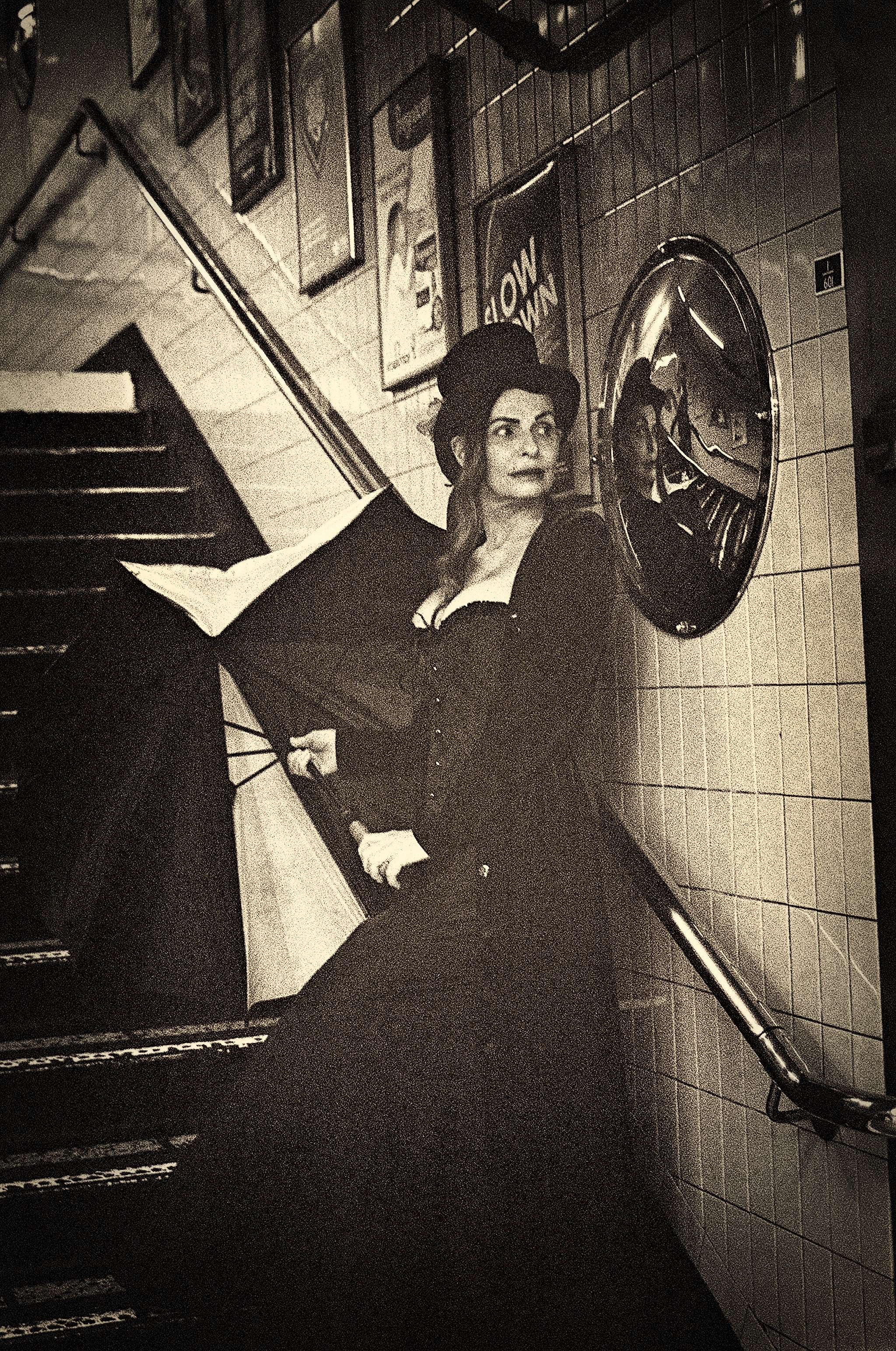 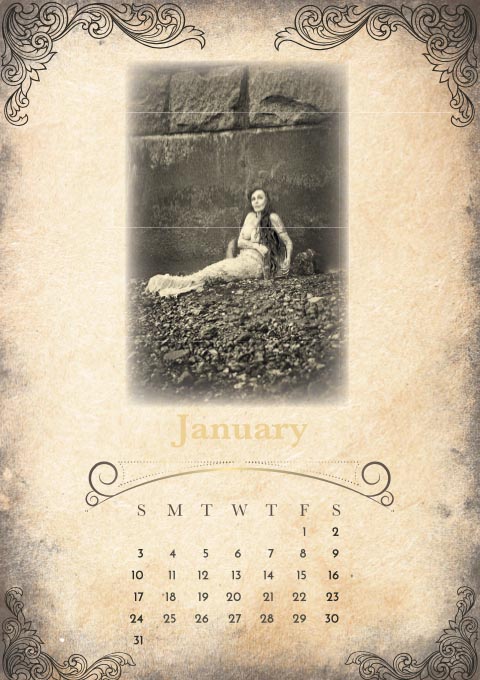 Delighted by Susan's shots, Kim now can't keep her eyes off them. "I’m not being big-headed by saying I think they’re gorgeous," she says.

Aside from her calendar and exercise regime, Kim has spent lockdown doing an online childcare course, which she hopes could lead to a job.

From OnlyFans to voluntary work

Former cleaner Kim is also an aspiring actress and a member of the X-rated site OnlyFans – where she tells fans they can see her "sensual side".

And she is carrying out voluntary work with children who have been in trouble with the police, trying to deter them from a life of crime. 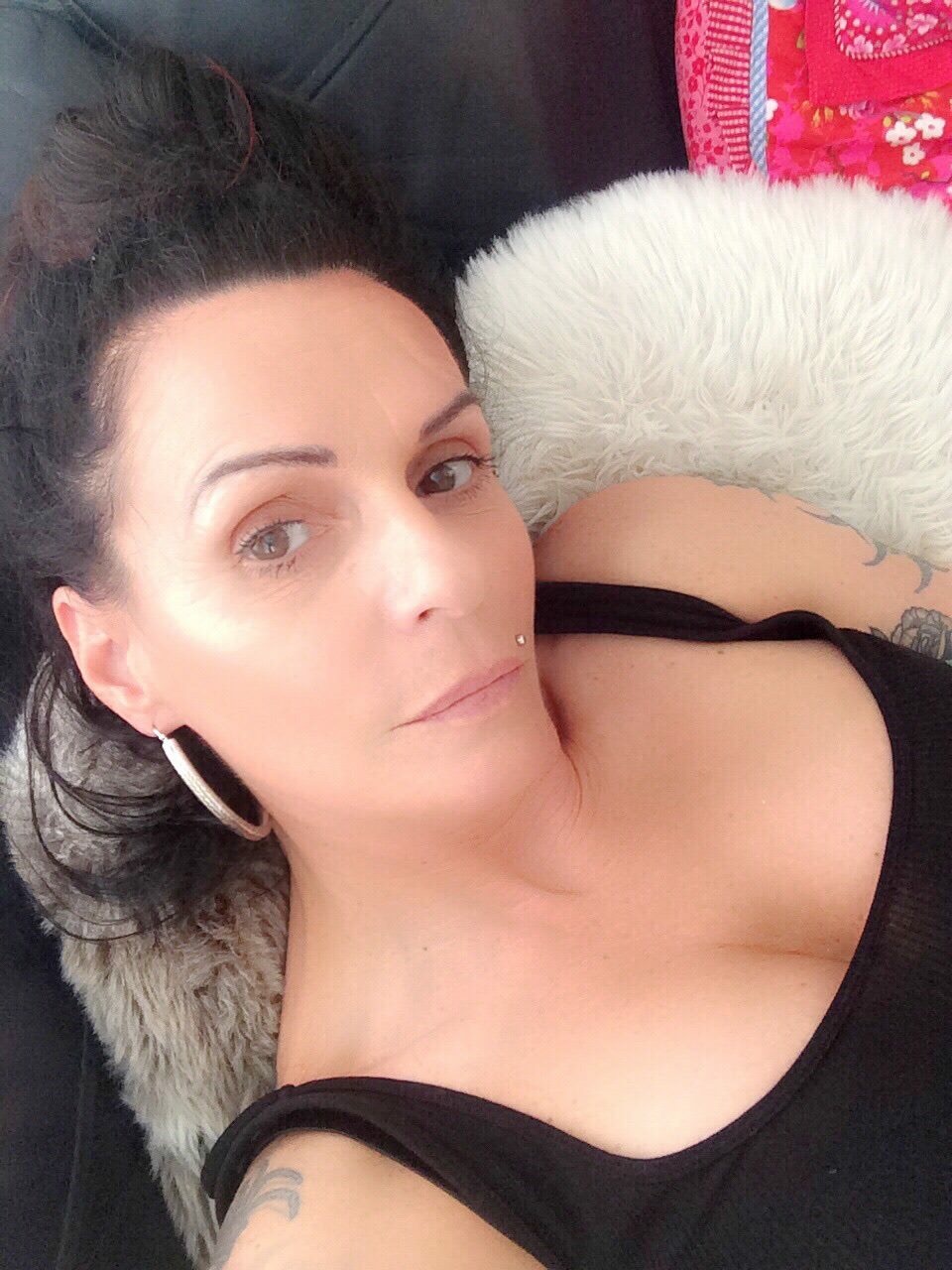 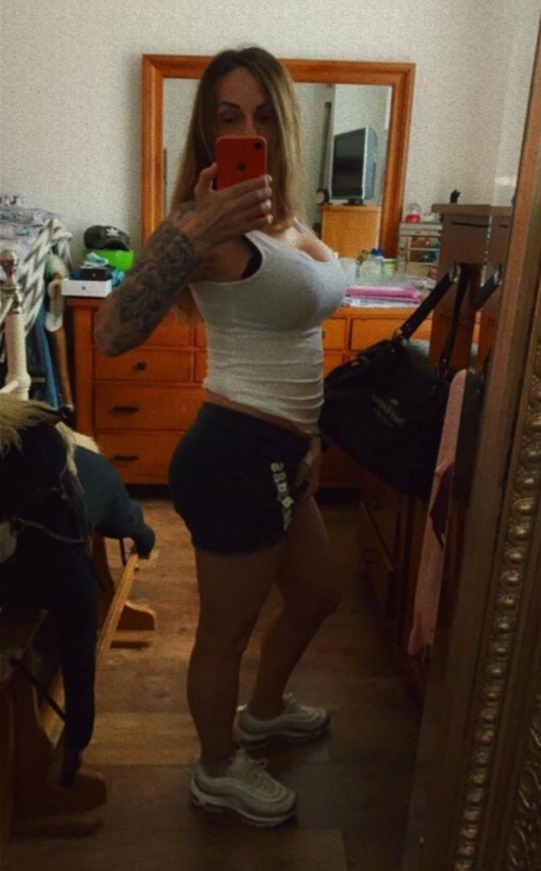 But, as the coronavirus crisis continues to wreak devastation on the nation's high streets – and jobs – can Kim be sure she won't return to crime herself?

"I’m not that person anymore," she insists.

“I’ve worked really hard on myself to get away from that life and I will never go back to it, ever. I regret it – 46 years of doing that.