A GYM lover has shared an interaction where her outfit made her the "apple" of some eyes, but not all.

The TikTok creator explained how some "Karens" were not a fan of the workout clothes she wore in a supermarket, but their opinions didn't mean much to her. 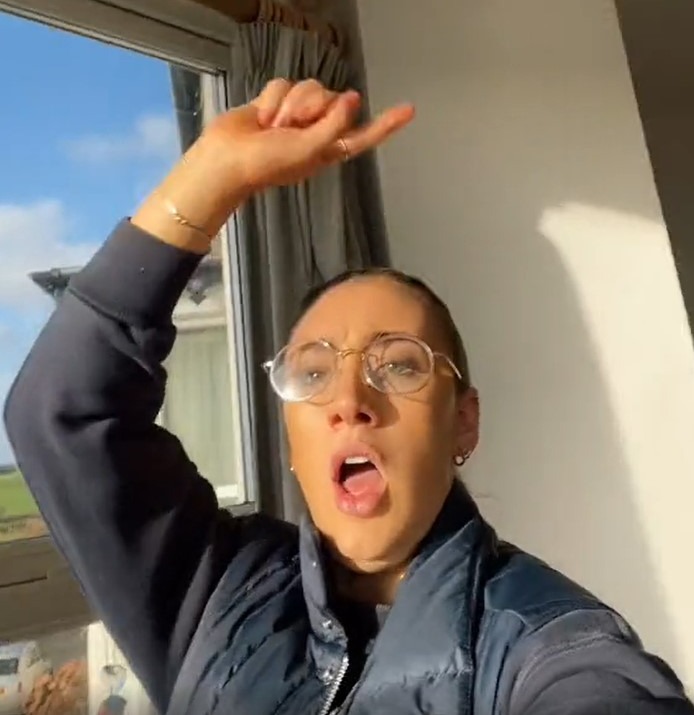 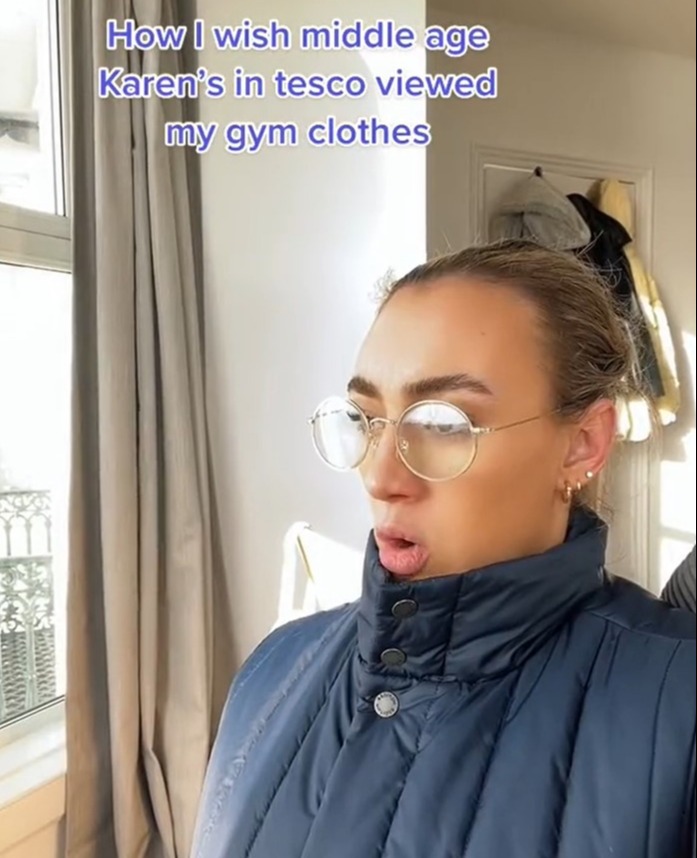 Fitness lover Isabella Barnes took a humourous approach to the situation instead of dwelling on the bad.

Her toned and lean body stands out when she's wearing her gym clothes out in public, but not everyone likes it.

In a TikTok video, the blonde acted out an interaction between a woman who disapproved of her clothing and herself while food shopping.

"Just wanted bananas but got harassed by Karen on the fruit and veg aisle again," she explained in the video's caption.

Barnes donned stylish glasses, a black graphic sweatshirt, and a navy blue puffer vest with her hair in a ponytail as part of her "Karen costume."

The subtitle over the visual read: " How I wish middle age Karen's in Tesco viewed my gym clothes."

"Um, excuse me! Hello. Alright. Well, let's have a look at you," Barnes' "Karen" said as the content creator incorporated comedic facial expressions.

"Well, I wouldn't wear that top, but you look comfortable, are you?" she added.

The visual then shifted to show Barnes decked out in a light blue sports bra and navy blue athletic shorts that she wears to lift weights.

She let out a simple "yeah" before the character asked her if she liked the clothing to which she let out another "yeah."

As the video came to a close, Barnes is asked if she cares to which she lets out a blunt "no".

"Alright, wear that then," the other person said.

The TikTok video is meant to represent how the blonde beauty would like people to act if they inquire about the athletic outfits that she wears out and about.

Numerous people chimed in to offer their two cents in the comment section of the video.

"Oh honestly the looks I get I was waiting outside of m&s for a bus and the dirty looks I got by old ladies like Jesus Christ I apologize next time," one viewer commented.

"What I wish the Karen mums at my sister's school thought when I took her to school in my running clothes after a run," another person added.

"The accuracy is painful hahaha," a TikTok user stated.

"If I looked like you and not like the sack of sweet potatoes I currently look like I too would dress as snazzy as this," a fan posted. 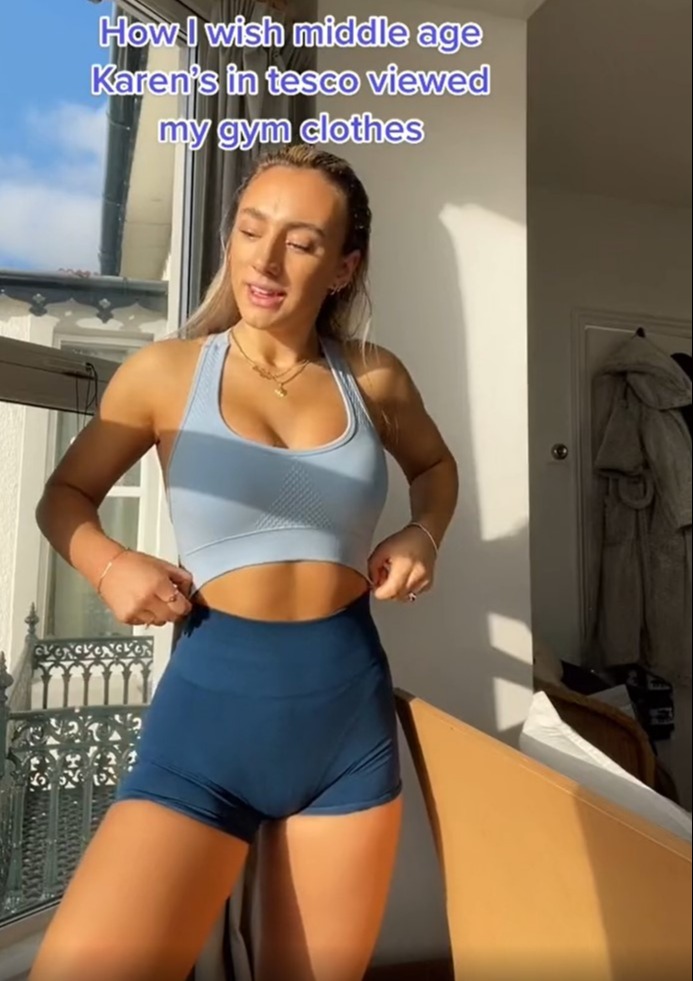