A MILITARY woman has reported for duty but styled her hair first.

Veronica showed viewers how she slicks her hair back for work, and people told her she looked "beautiful." 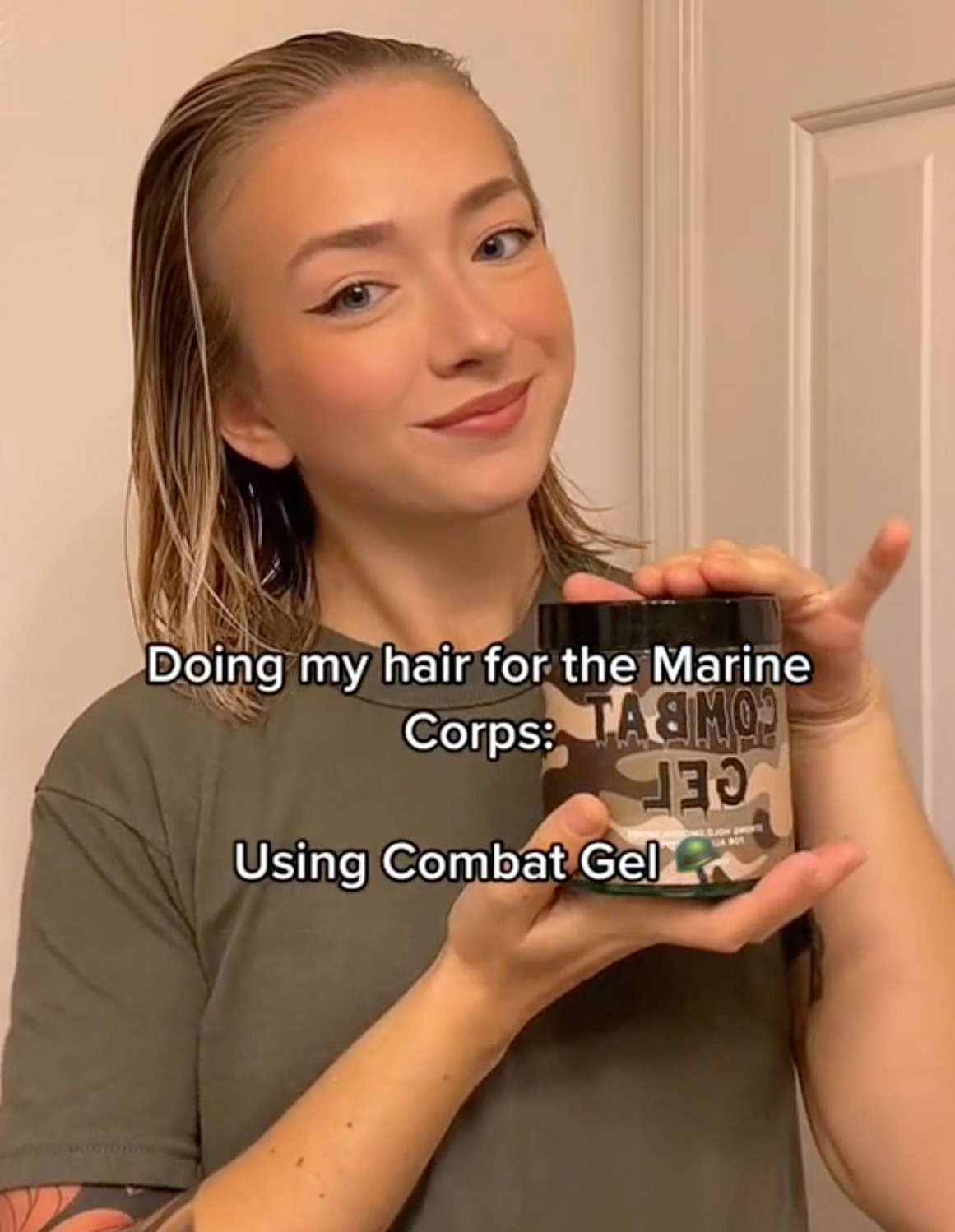 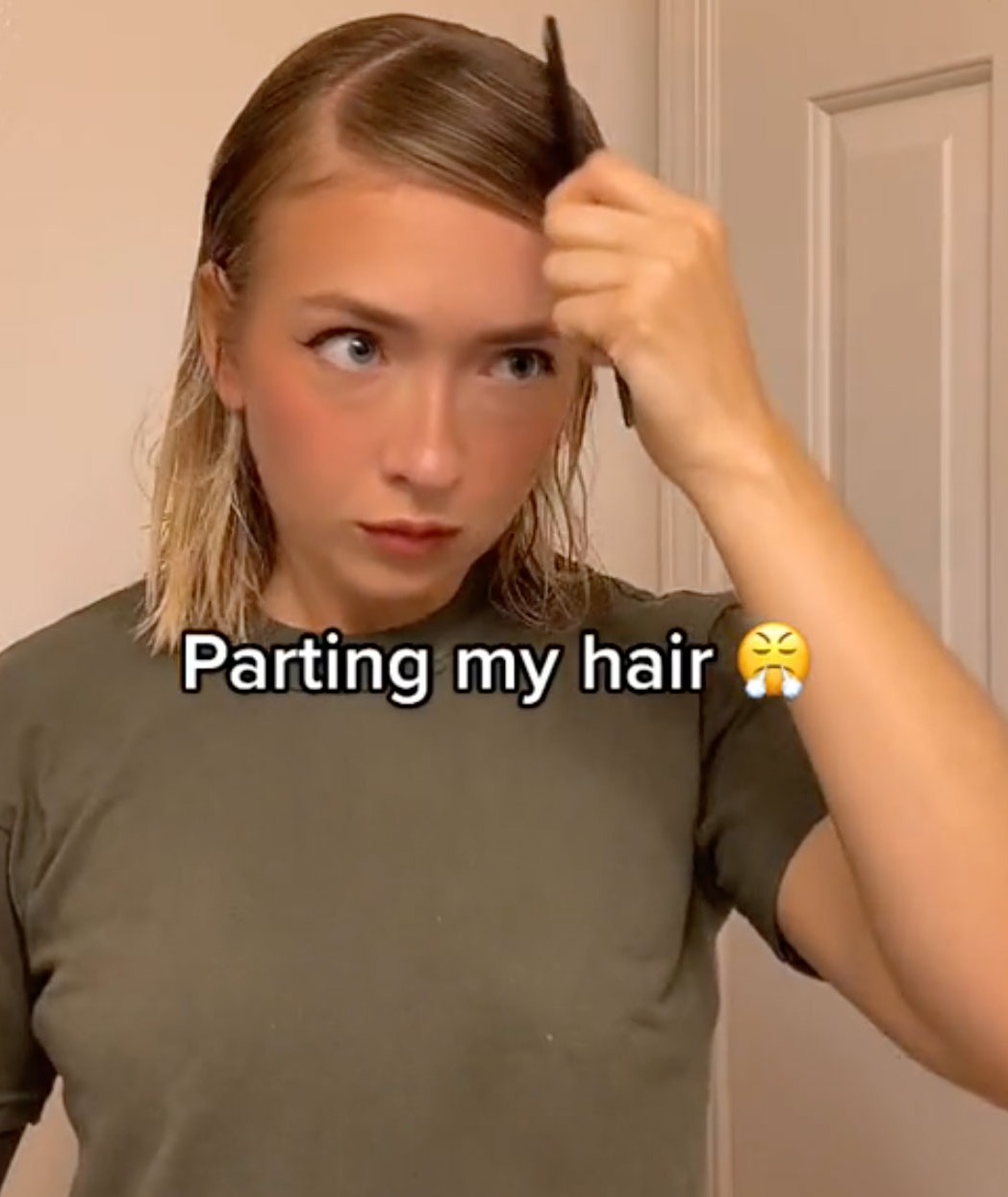 The brave US military worker posted a video to give her followers a better idea of how she puts her hair in a sleek bun.

Her routine involved an excessive amount of combat gel and concentration.

"Doing my hair for the Marine Corps," Veronica said.

She held up the tub of combat gel wrapped in camouflage print.

The TikTok user wore an army green T-shirt that exposed the bottom half of her arm tattoo.

She tilted her head to smell the gel and rolled her eyes back.

It was clear Veronica thought the gel smelled good.

The majority of her dirty-blonde locks were slicked to the right.

Then, she slathered the green gel on her whole head and ran it through her hair.

Veronica used the comb to go even out the gel.

She pulled her hair back into a tight ponytail.

Veronica explained: "Smoothing my hairline to give it a cleaner finish."

Next, she took a sock and pulled her ponytail through it as she did with the hair tie.

Veronica brushed the ends of the ponytail over the sock all the way around.

She secured the bun with one more hair tie on top of the sock and tucked her ends in.

Finally, Veronica ran a piece of floss along the back of her head to slick the loose baby hairs.

"I can't talk enough about how good this gel is," Veronica exclaimed.

"The gel makes my bun incredibly smooth, I love it so much."

Viewers were impressed by her technique and look.

"So pretty," a fan commented, while another wrote: "You are so beautiful."

An impressed follower admitted: "I’ve been in the military for years and never thought to do the flossing thing."

A sweet woman said: "This is the most perfect bun I’ve ever seen." 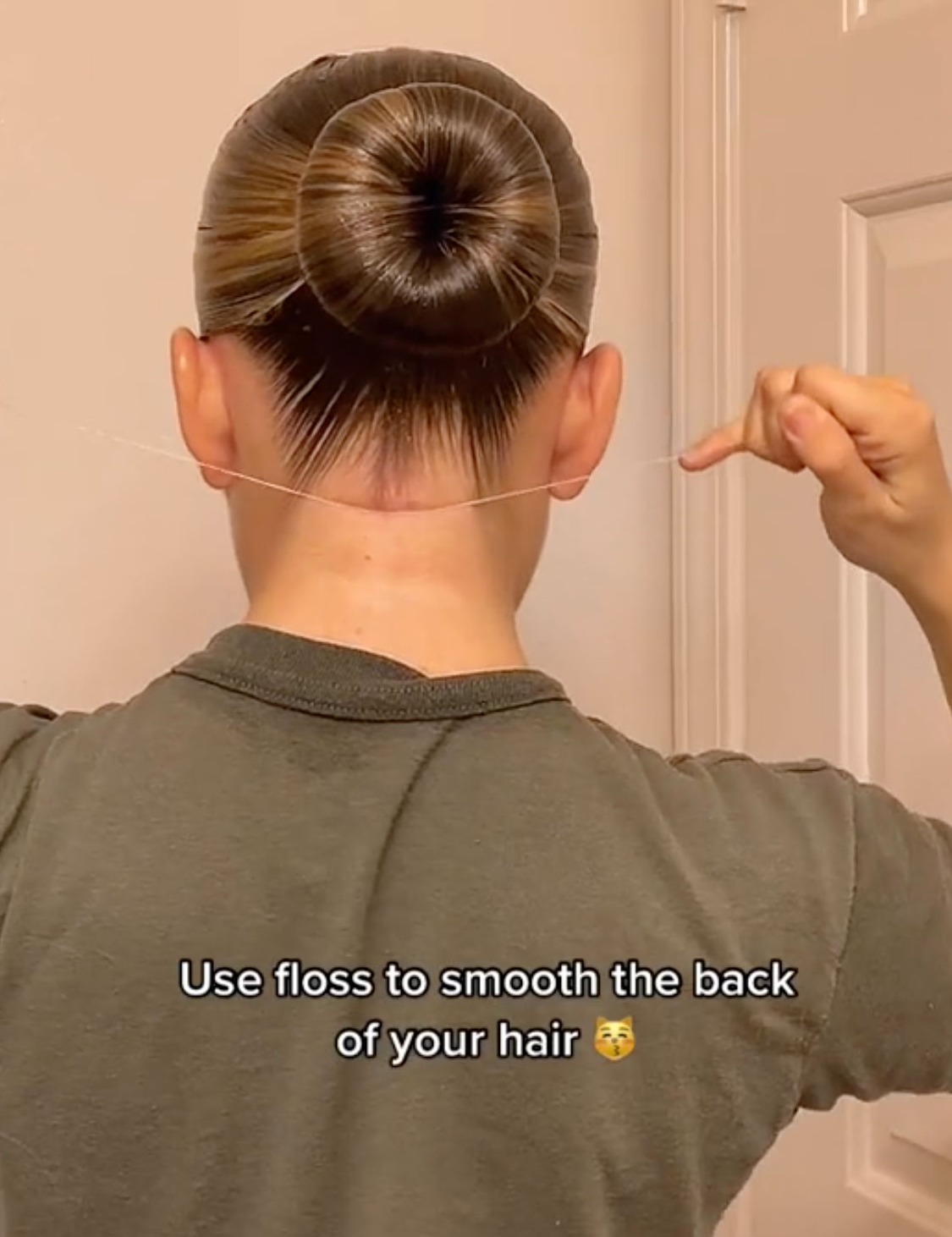 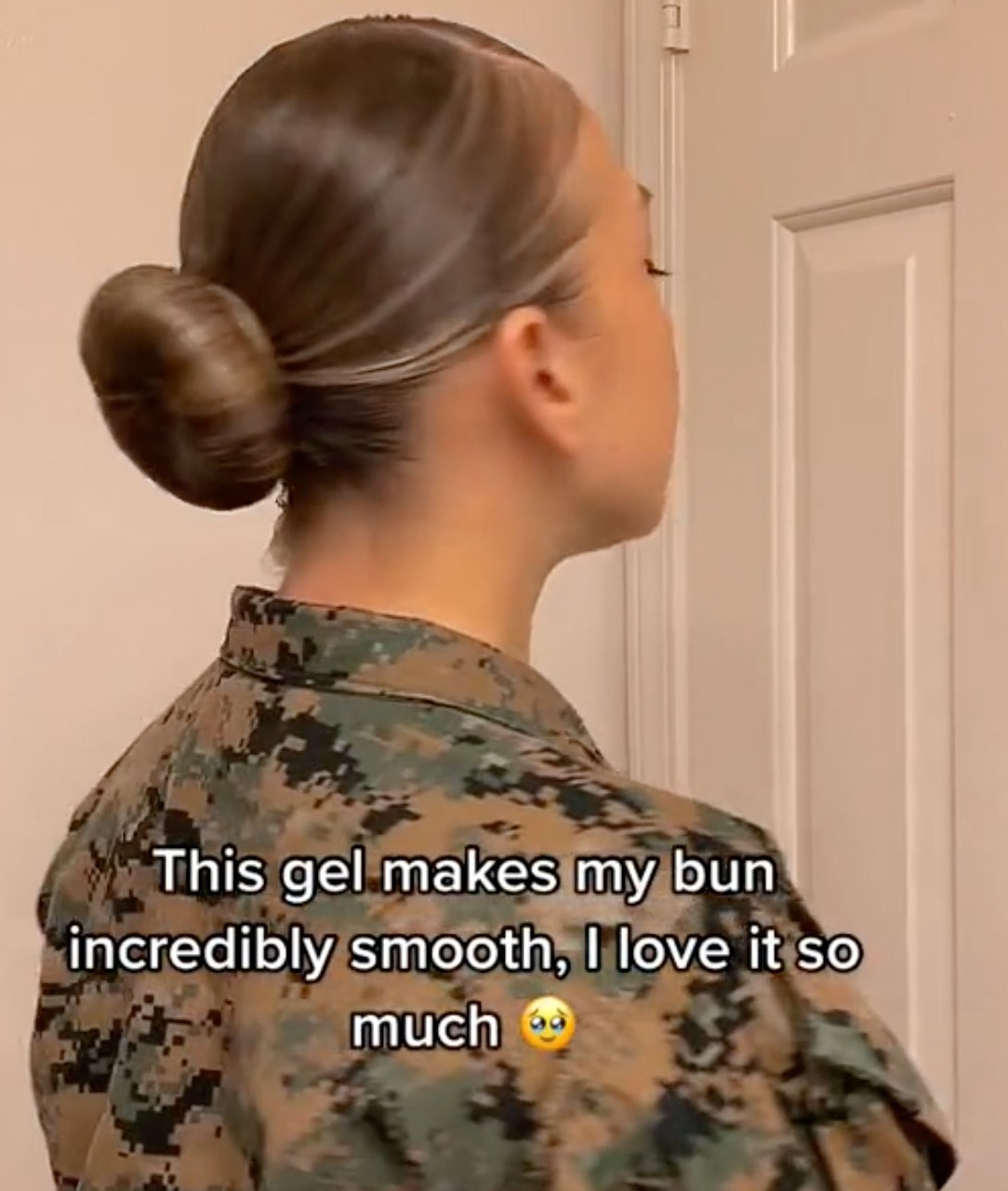