Imperial State Crown – Significance of Queens crown and its value

Queen’s state funeral: Everything you need to know

The Queen’s coffin has been lying-in-state in Westminster Hall and today (September 19) it will make its way to Westminster Abbey for the state funeral. Mourners have been moved by the sight of the Imperial State Crown, which has been resting on top of the Queen’s coffin during the proceedings since the monarch’s death on September 8.

Famously, Queen Elizabeth II wore the Imperial State Crown as she left Westminster Abbey after her coronation in 1953.

The crown would make several appearances on the Queen’s head throughout her 70-year reign, such as at the State Opening of Parliament every year.

This model was created for the late Queen’s father King George VI, and it is adorned with diamonds, rubies, sapphires and other dazzling stones.

Due to the immense weight of all the crown’s jewels, the Imperial State Crown weighs in at 2.3 pounds, just over a kilogram. 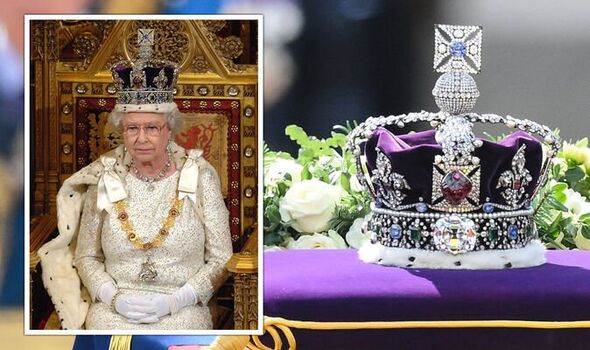 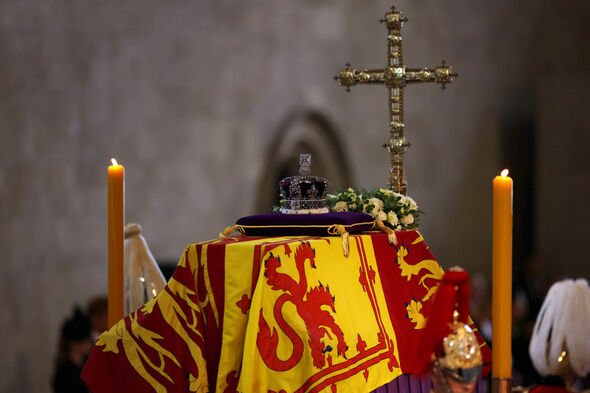 In a documentary in 2018, the late Queen herself said: “You can’t look down to read the speech, you have to take the speech up, because if you did your neck would break.

“So there are some disadvantages to crowns, but otherwise they’re quite important things.”

Gemologist Alexandra Michell from Prestige Pawnbrokers of Channel 4’s Posh Pawn said: “The Imperial State Crown was originally created in the 15th Century and evolved until 1937 to its current form (apart from when it was dropped in 1845 in front of Queen Victoria and crushed).

“It contains some of the most important gems in the Crown Jewels, with St Edward’s Sapphire, a rose-cut sapphire dating back to the 11th Century, set at the centre of the cross at the top of the crown.

“Another important gem is The Black Prince’s Ruby. It is in fact not a ruby but a cabochon red spinel weighing 170 carats dating from the 14th Century. It sits at the front of the crown within the velvet cap in a cross pattée.

“Next, The Stuart Sapphire is a blue sapphire of 104 carats, dating to the 17th Century, and is situated to the back of the crown.

“Lastly, the Cullinan II, or the Second Star of Africa, weighing an enormous 317.4 carats, came from the 1910 collection of nine main stones cut from a single 3,106.75-carat diamond; the largest usable rough diamond ever found. It is set in all its glory in a yellow gold mount, front and centre on the crown.” 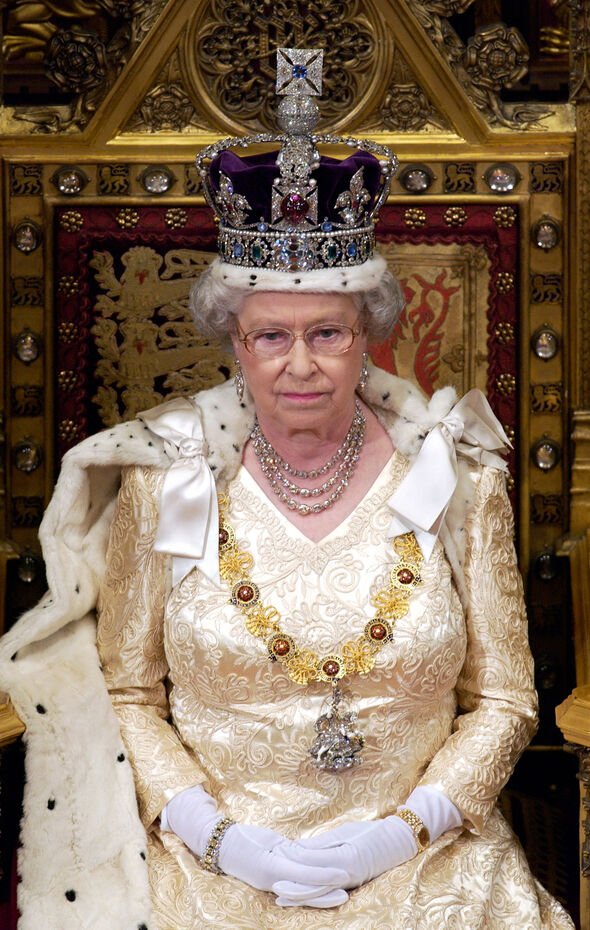 As one may imagine for such a famous royal jewel, the Imperial State Crown is hard to value, but it is definitely worth a staggering sum.

Ms Michell added: “It has been valued in the past at £35million but as we all know, it is inestimable.”

Along with the Imperial State Crown, the Coronation Regalia also boasts the incredible St Edward’s Crown, which was last used for the Queen’s coronation.

The Sovereign’s Sceptre with Cross also contains the Cullinan I diamond, the largest cut stone from the Cullinan Diamond. 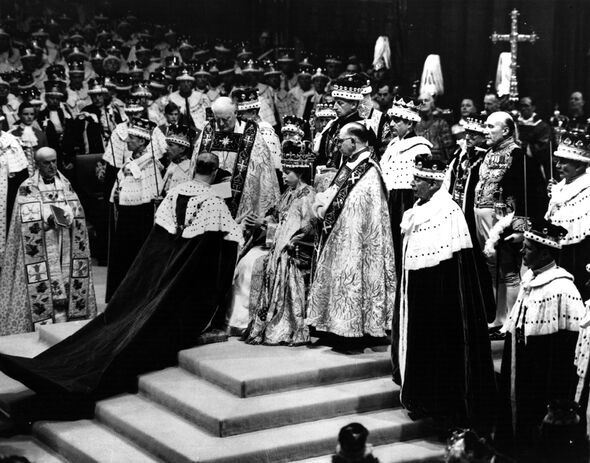 Steven Stone’s leading expert Maxwell Stone commented: “The Crown Jewels contain some of the most precious and famous jewels in the world – including the Coronation Regalia.

“Each piece is extraordinary – from the Sovereign’s Sceptre with Cross, which contains the £400million Cullinan I diamond, to the Sovereign’s Ring, which features an octagonal sapphire, overlaid with four rectangular-cut and one square-cut ruby that form a cross.

“Laced with history, it’s incredibly difficult to value the Coronation Regalia. I’d estimate it to be worth a staggering £3.5billion.”