Jamie Chung carried a custom clutch painted with the words ‘Stop Asian Hate’ to the 2021 SAG Awards amidst a surge of anti-Asian hate crimes in the United States. 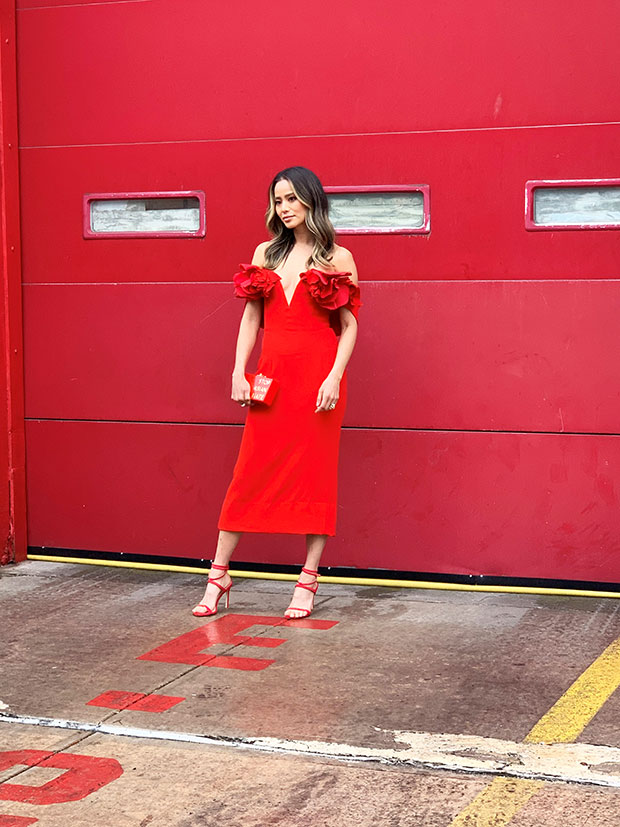 Jamie’s fashion moment comes amid a surge of anti-Asian hate crimes in the United States. Just five days before the SAG Awards, a 65-year-old Asian woman was brutally beaten in broad daylight in Midtown Manhattan as her assailant, according to who police, made “anti-Asian statements.” The same day, the NYPD said they were investigating after an Asian man was beaten and left unconscious on the subway.

Both incidents come after a mass shooting in Atlanta that left six Asian women dead. Reports of Anti-Asian hate crimes in the United States, including violence and slurs, have skyrocketed since the start of the pandemic, which originated in China, according to data from Stop AAPI Hate. The organization revealed a stomach-churning 3800 reports of hate crimes against AAPI persons since March 2020. Women report hate crimes 2.3. times more than men, according to Stop AAPI Hate. 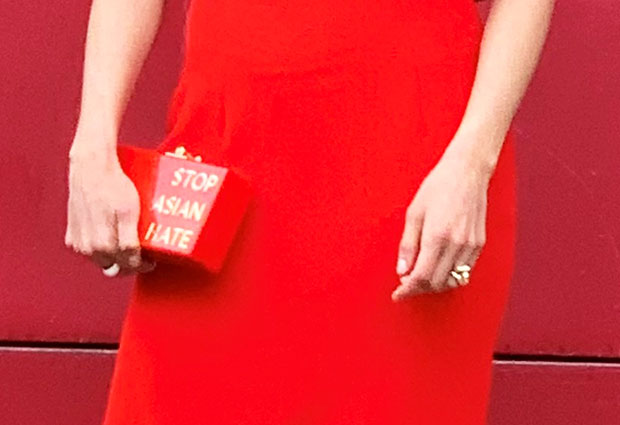 All of Jamie’s outfit, from her fabulous Stuart Weitzman stilettos to her off-the-shoulder flowered midi dress, had a deeper meaning, she explained on Instagram: “In some Asian cultures, the color red symbolizes joy, luck, and happiness. In Korean culture it symbolizes creation, passion, and power. I’m so proud of my history and heritage. And so very grateful to be a part of LOVECRAFT!”