Joe Biden and Ralph Lauren — a match for the ages.

On Wednesday, the incoming 46th U.S. president chose one of America’s most iconic designers, Ralph Lauren, for his public inauguration outfit. This confirms a report in WWD last week that Biden would be wearing a Ralph Lauren suit created in the former Hickey Freeman factory in Rochester, N.Y.

The designer’s team confirmed the report Wednesday, saying the navy suit and topcoat are “a symbolic sartorial statement for a return to decorum and upholding the values of America.”

Biden has been photographed publicly several times of late wearing Ralph Lauren. He wore a Polo shirt with a visible pony logo — a classic American sportswear piece — for both of his public vaccinations.

His wife, Jill Biden, on Wednesday chose a Markarian coat with a dark blue velvet collar and cuffs over a tapered dress with a chiffon bodice and scalloped skirt. The neckline of the dress is hand-embellished with Swarovski pearls and crystals in a delicate floral pattern. The same Swarovski crystals are used for the coat.

In both cases, the choice of the color blue — a signal of the Democrat party — was selected to signify trust, confidence, and stability, according to Markarian, whose designer Alexandra O’Neill created the look in New York City’s Garment District and and her studio in Greenwich Village. 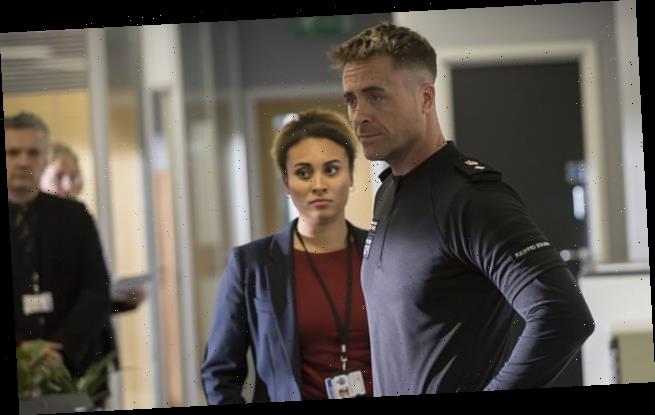