Home » Fashion » Meet the Finalists for the 2021 ANDAM Fashion Award

The 14 finalists for the 2021 ANDAM Fashion Award hail mostly from Europe, and tend to specialize in fashions that blur boundaries and value inclusivity. Sustainability is practically a given.

Here are the seven contenders for the ANDAM Grand Prize, which comes with 300,000 euros and a year of coaching from Balenciaga chief executive officer Cédric Charbit, the president of this year’s jury.

Serhat Işık and Benjamin A. Huseby established the Berlin-based label GmbH in 2016, quickly gaining a reputation for sustainable practices and an aesthetic that references underground club culture, migration, politics, queerness and more. Their gender-fluid collections are known for innovative tailoring, streetwear cool and subversive touches, with their fall 2021 collection boasting sensual off-the-shoulder coats and jackets worn by men.

Last month, Işık and Huseby were named creative directors of Trussardi and are to show their first collection for fall 2022.

Işık is a first-generation German of Turkish descent and Huseby, of Norwegian-Pakistani heritage, grew up in Norway. Cultural mixes and a sense of otherness have informed GmbH, and the city and cultural scene of Berlin have also shaped their approach. Last year GmbH was a finalist for the Woolmark Prize.

Tajer plans to develop a full lifestyle offering, with the ambition of positioning Casablanca among the apex of French luxury brands. The designer was born in France, but his parents met working in a tailoring workshop in the Moroccan city that inspired the label’s name. 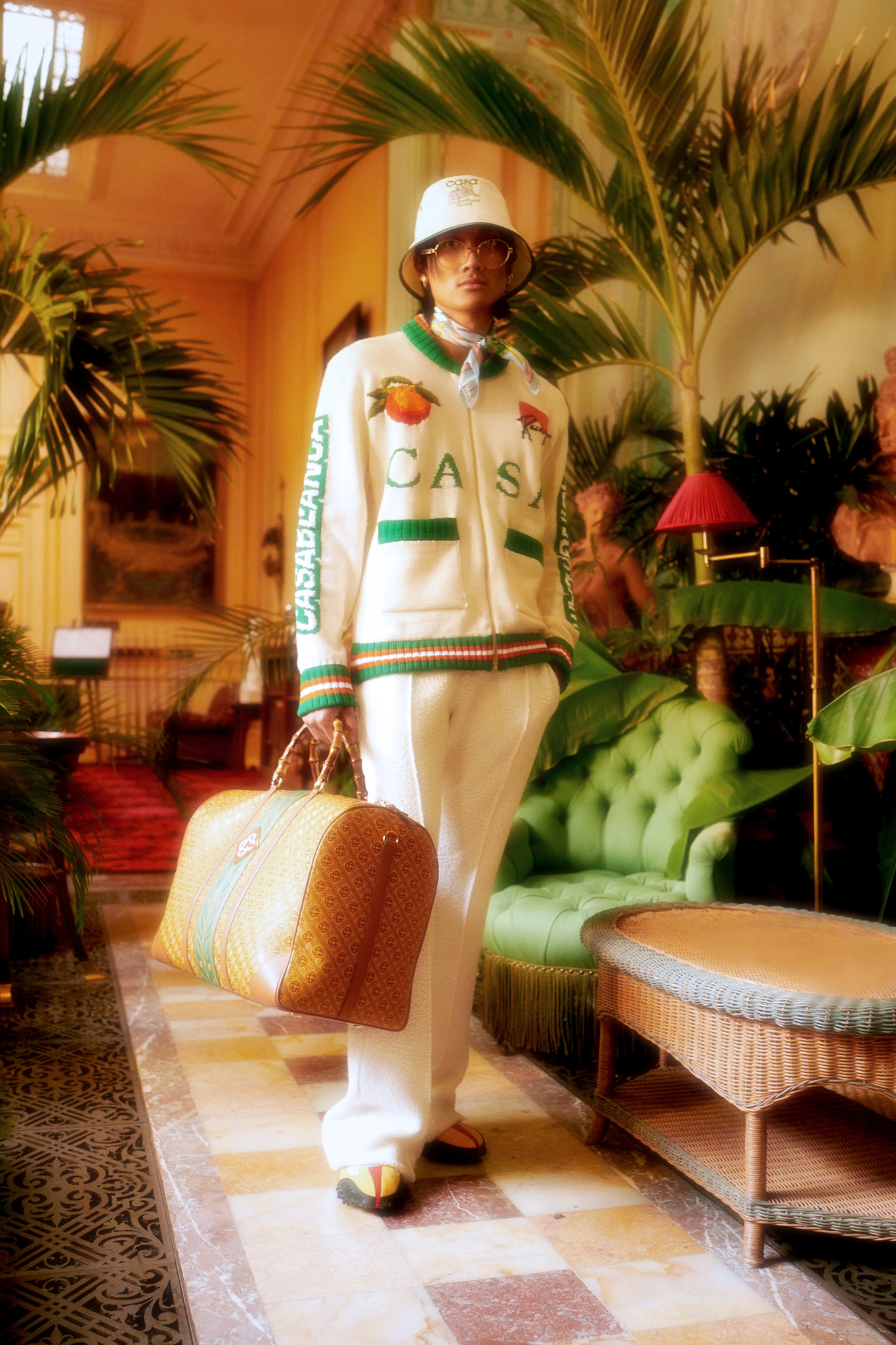 Launched in 2014 by design duo Beckett Fogg and Piotrek Panszczyk, who met at Parsons School of Design, Area has made a name for itself with a sparkly, sometimes racy take on women’s wear that combines the high gloss of a 1970s fashion magazine with a distinctly Millennial embrace of inclusivity.

“Our brand is all about glamour and really the polarizing idea of what that could be,” Panszczyk told WWD in 2019. Celebrities who have embraced its eccentric, DIY-tinged aesthetic are as diverse as Michelle Obama, Katy Perry and Ariana Grande. 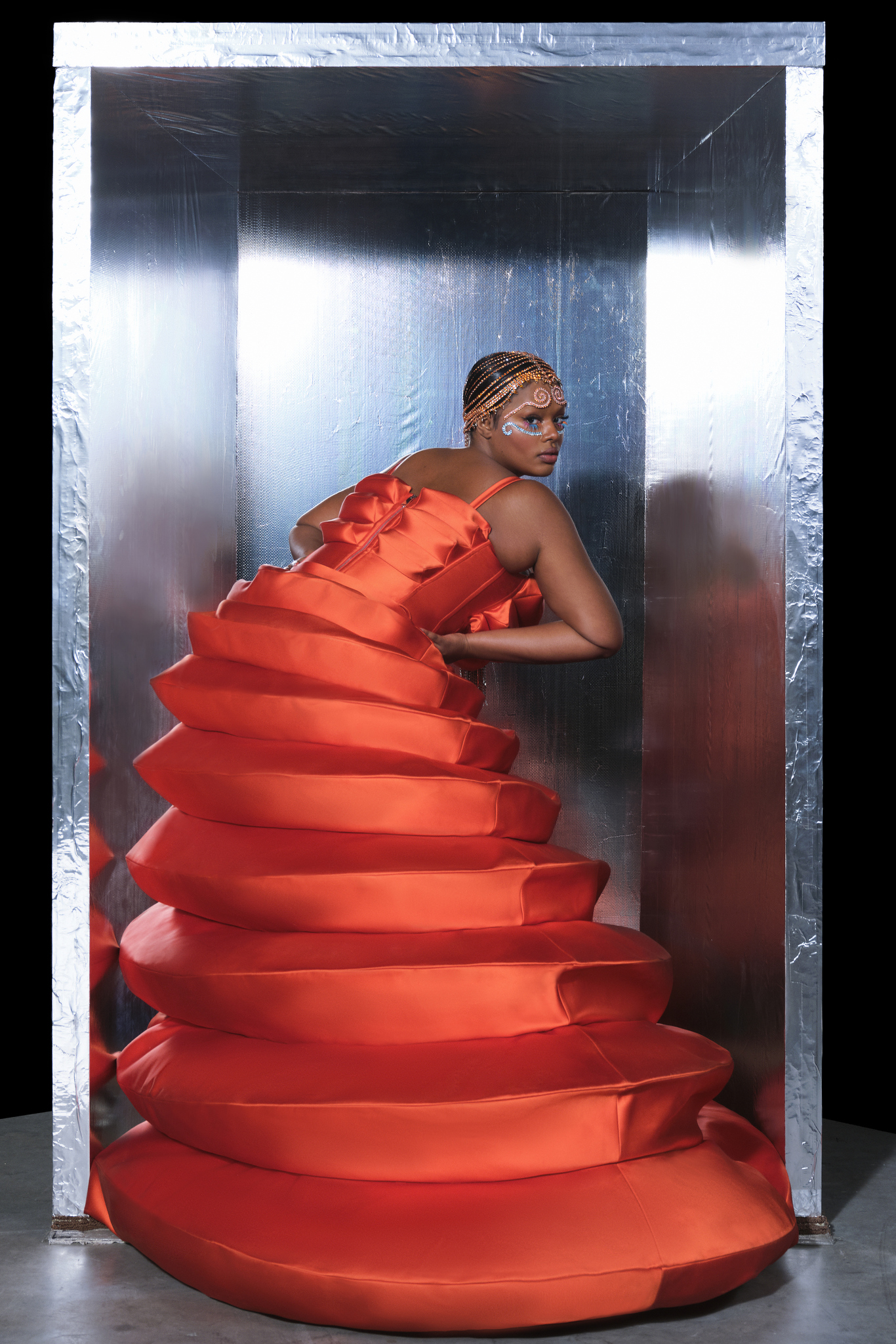 A 2014 graduate of Central Saint Martins, Grace Wales Bonner began exploring representations of Black male sexuality and identity with her fashions, later taking on personal explorations of African identity and spirituality and branching out into women’s wear.

Working with a small team, the British designer has won a slew of fashion awards, including the 2016 LVMH Prize and the 2019 BFC/Vogue Designer Fashion Fund. Her clothes are carried at retailers including Matchesfashion.com, Dover Street Market, Net-a-porter, Ssense, Browns, Boon the Shop and Galeries Lafayette.

She has racked up collaborations with Adidas Originals and with Maria Grazia Chiuri on Dior’s cruise 2020 collection. Last year, Wales Bonner began showing her collection during Paris Fashion Week. 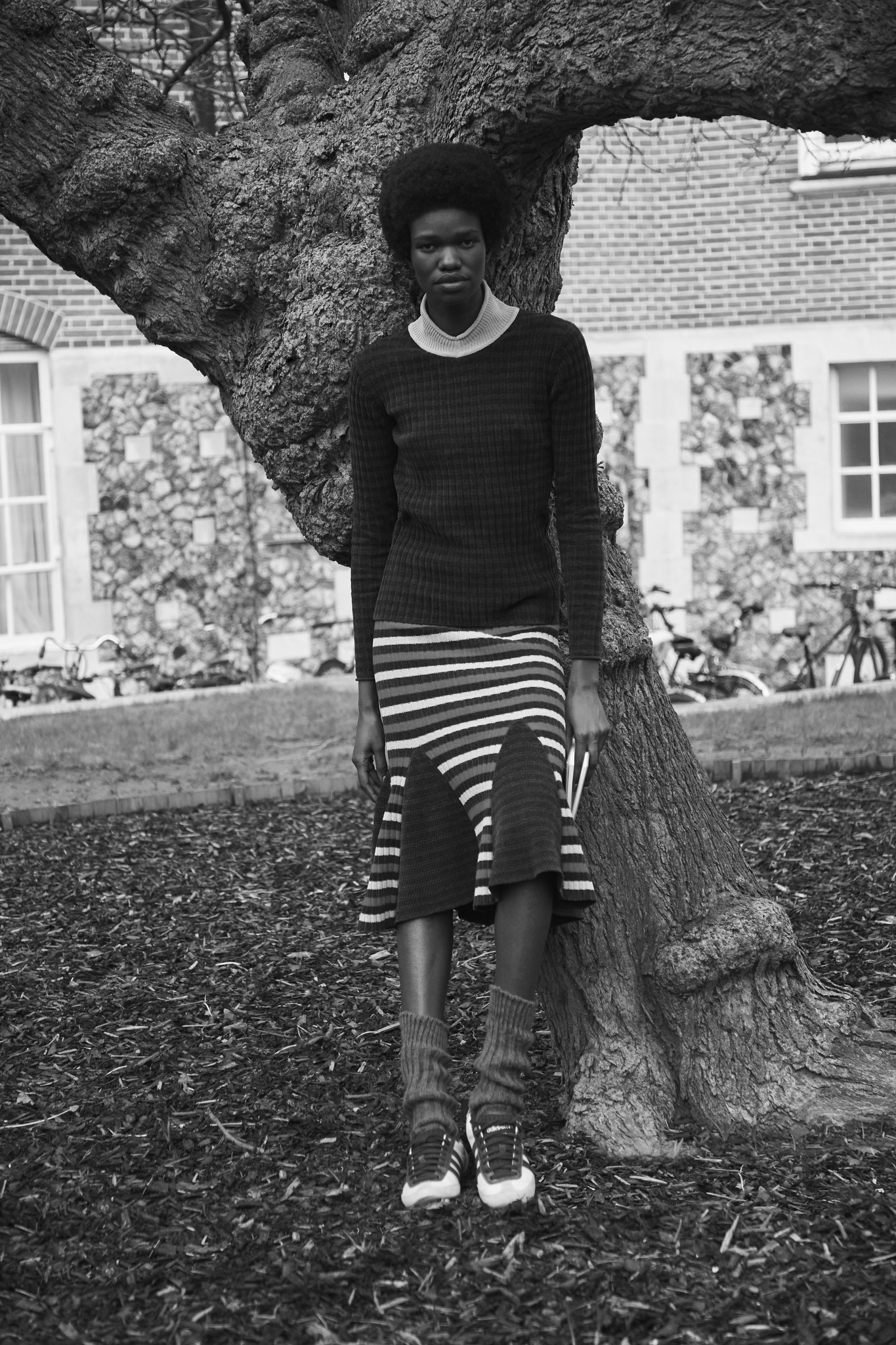 A fashion design graduate from The Duperré School of Applied Arts, Ludovic de Saint Sernin worked for a number of French houses including Balmain before launching his signature label for spring 2018.

His unabashedly sexy, exacting clothes are for both sexes, but are shown predominantly on men, including underwear that laces up the front or back with rows of grommets. He also makes bandage tops, silky pajamas and short skirts.

In 2020, he introduced swimwear and entered the official calendar of Paris Fashion Week Men’s. In 2018, he won the ANDAM Creative Label prize.

He operates his own e-store and also sells his skimpy designs via Ssense, Matchesfashion.com, H. Lorenzo and Departamento in Los Angeles, Joyce in Hong Kong and ENG in Shanghai. 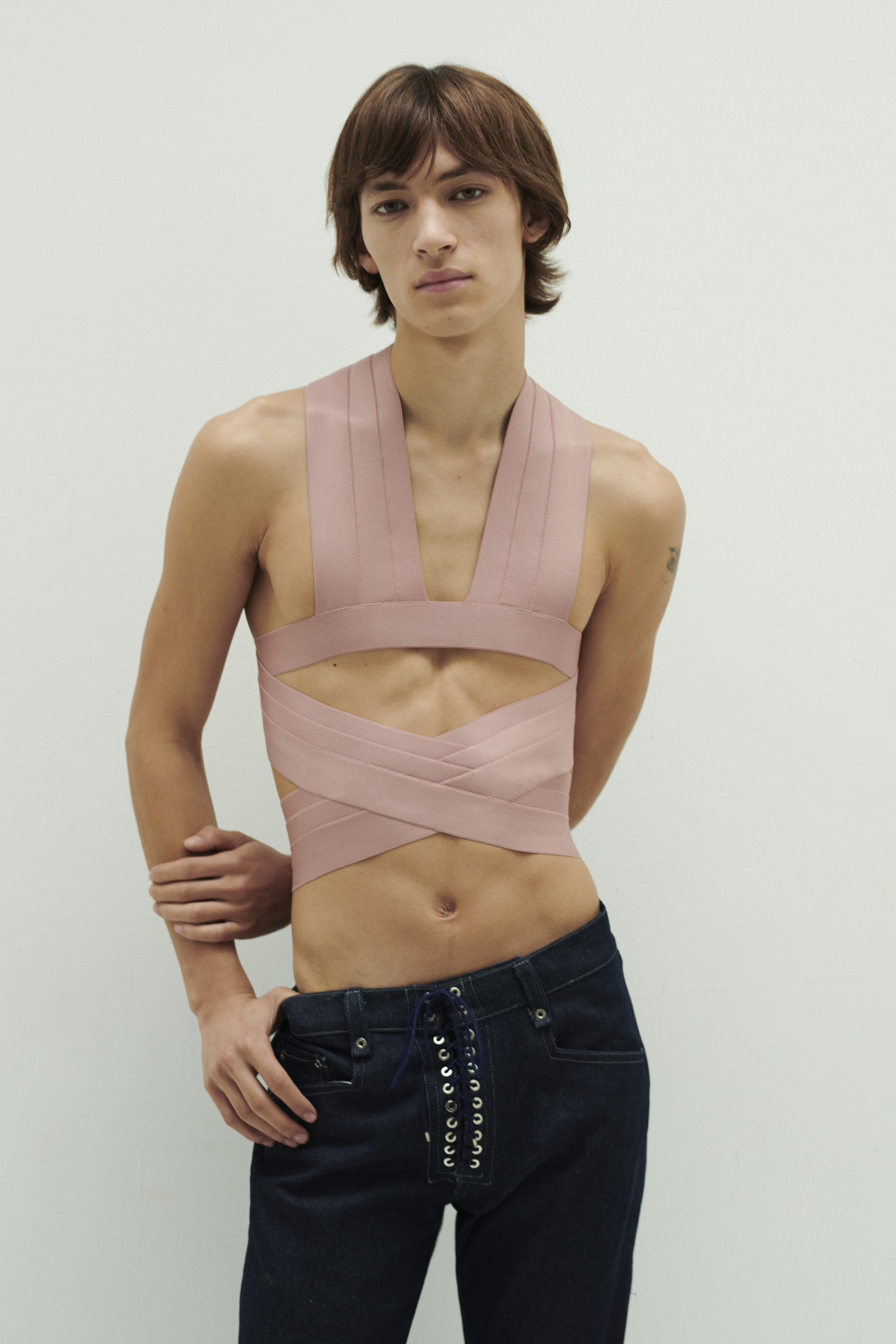 Born in Seoul and raised in Austin, Tex., Rok Hwang studied fashion at Central Saint Martins, going on to cut his teeth at the likes of Celine, Louis Vuitton and Chloé. He launched his London-based fashion house Rokh in 2016, offering cool, of-the-moment women’s wear.

In a short time, he amassed more than 100 top wholesale clients attracted to his unique point of view combining pragmatic dressing, romance and street edge.

Shirts with split sleeves, blazers featuring sharp layers, a mannish coat with a spliced body held together by toggle fastenings, or a trench featuring an open back and buttoned panels that can be pulled apart have been some of the brand’s standout pieces. 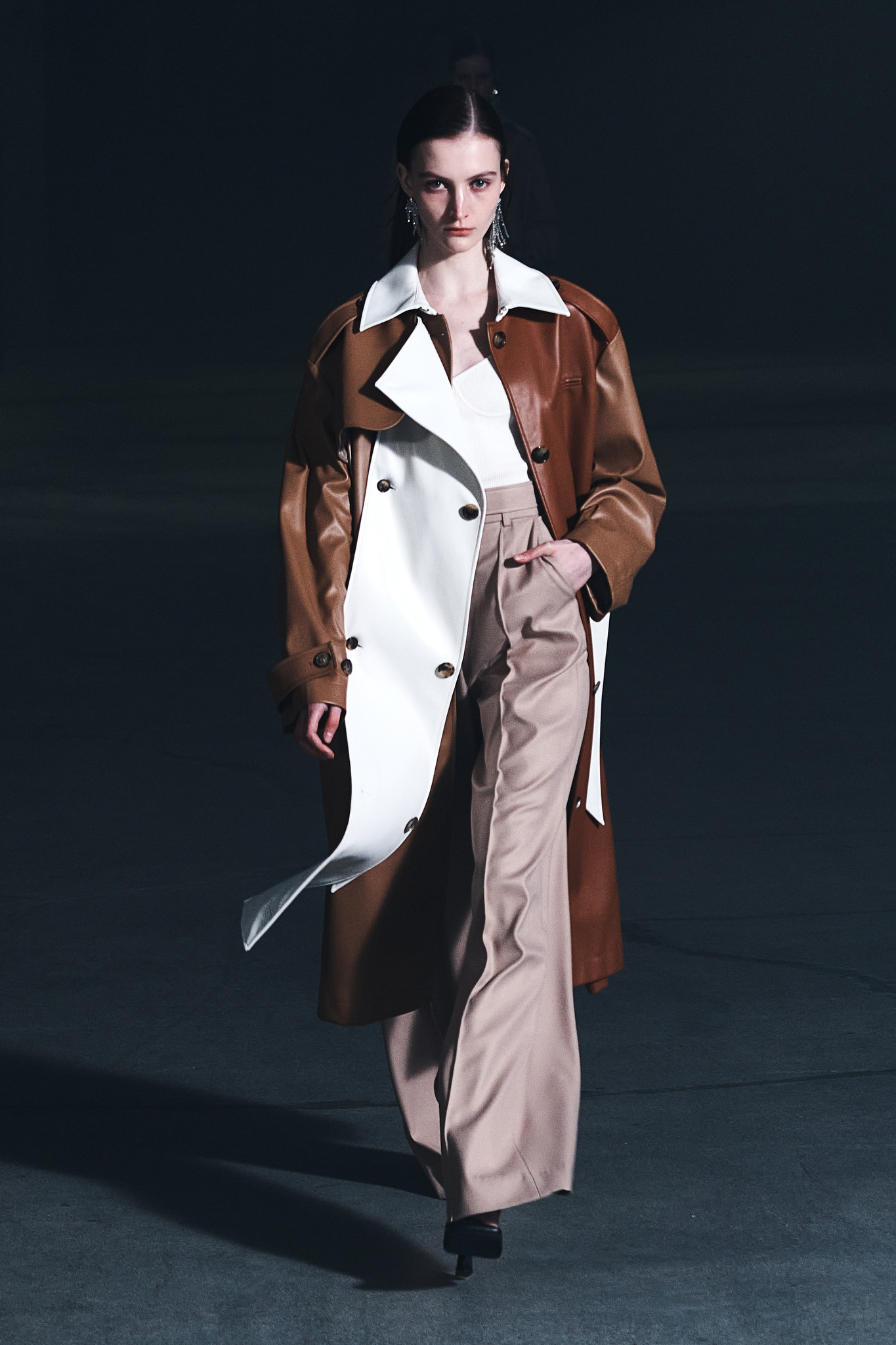 Drawing on her British and West Indian background, Bianca Saunders is not afraid to explore the more vulnerable side of men. Her fall collection was influenced by photographer Man Ray, and stretched fabric imagery by Erwin Wurm, and featured her second collaboration with Wrangler.

“My main aim for the brand was to create that balance. You get the really over-masculine guy and effeminate guy existing in the same world. Even the pieces can be seen as slightly more feminine. I think this is how I create the energy that brings something different, and more things to the men’s wear conversation,” the Royal College of Art graduate told WWD recently.

Saunders is also a finalist for the LVMH Prize. 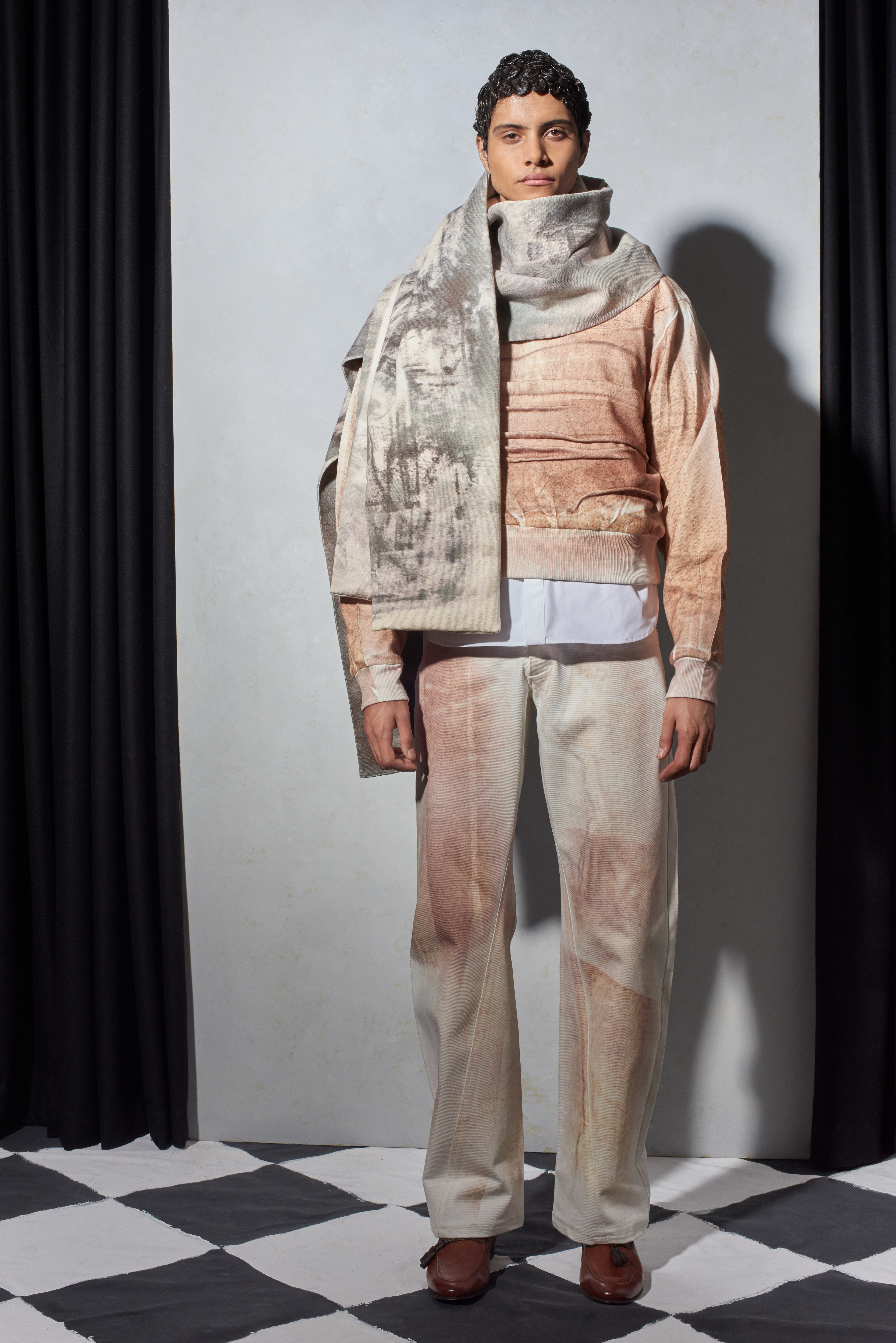 Here are the four nominees for the Pierre Bergé Prize, which focuses on young French companies and comes with 100,000 euros and mentoring from Sophie Delafontaine, artistic director at Longchamp:

Since launching his brand in April 2020 in the midst of the coronavirus pandemic, Charles de Vilmorin has enjoyed a meteoric rise, making his debut at Paris Couture Week in January, and subsequently being named creative director of French fashion house Rochas.

Known for his colorful paintings tinged with darkness, the French designer has made a splash with quilted bomber jackets and sculptural hourglass dresses inspired by the work of artist Niki de Saint Phalle. In line with his genderless aesthetic, he frequently uses makeup and body painting to transform models into avatars for the fantastical creatures he draws.

De Vilmorin is also a finalist for the LVMH Prize. 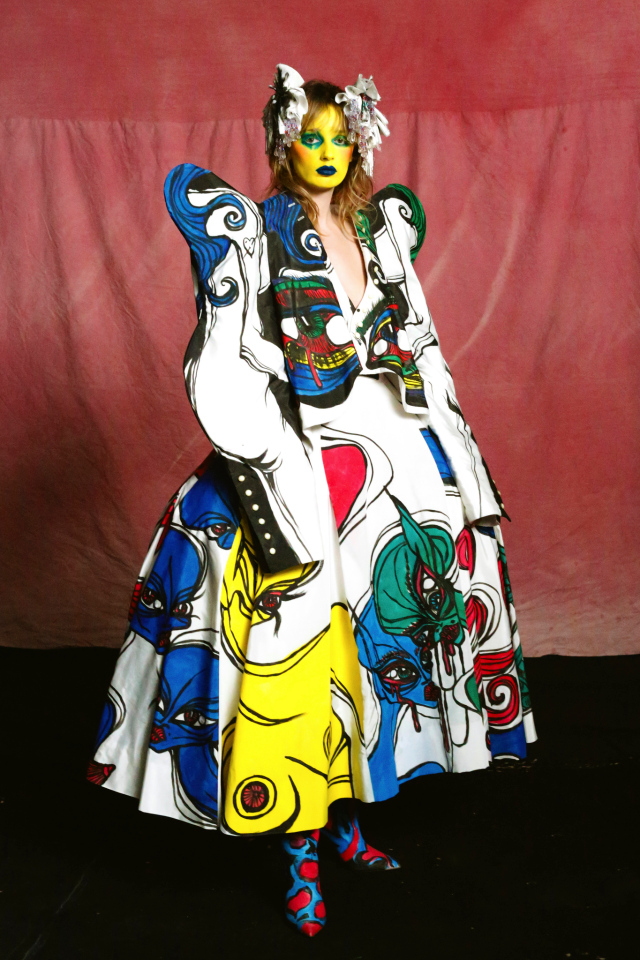 The brand is named after Austrian painter Egon Scheile and its “tailored urban-punk DNA aims to dress all body shapes, all genders of all ages without ever distorting them.”

While tailoring has been the focus of recent collections, its first collaboration — with sportswear label Sergio Tacchini — added a streetwear influence. The designers aim to create a lifestyle brand, and surround themselves with visual artist and music types. 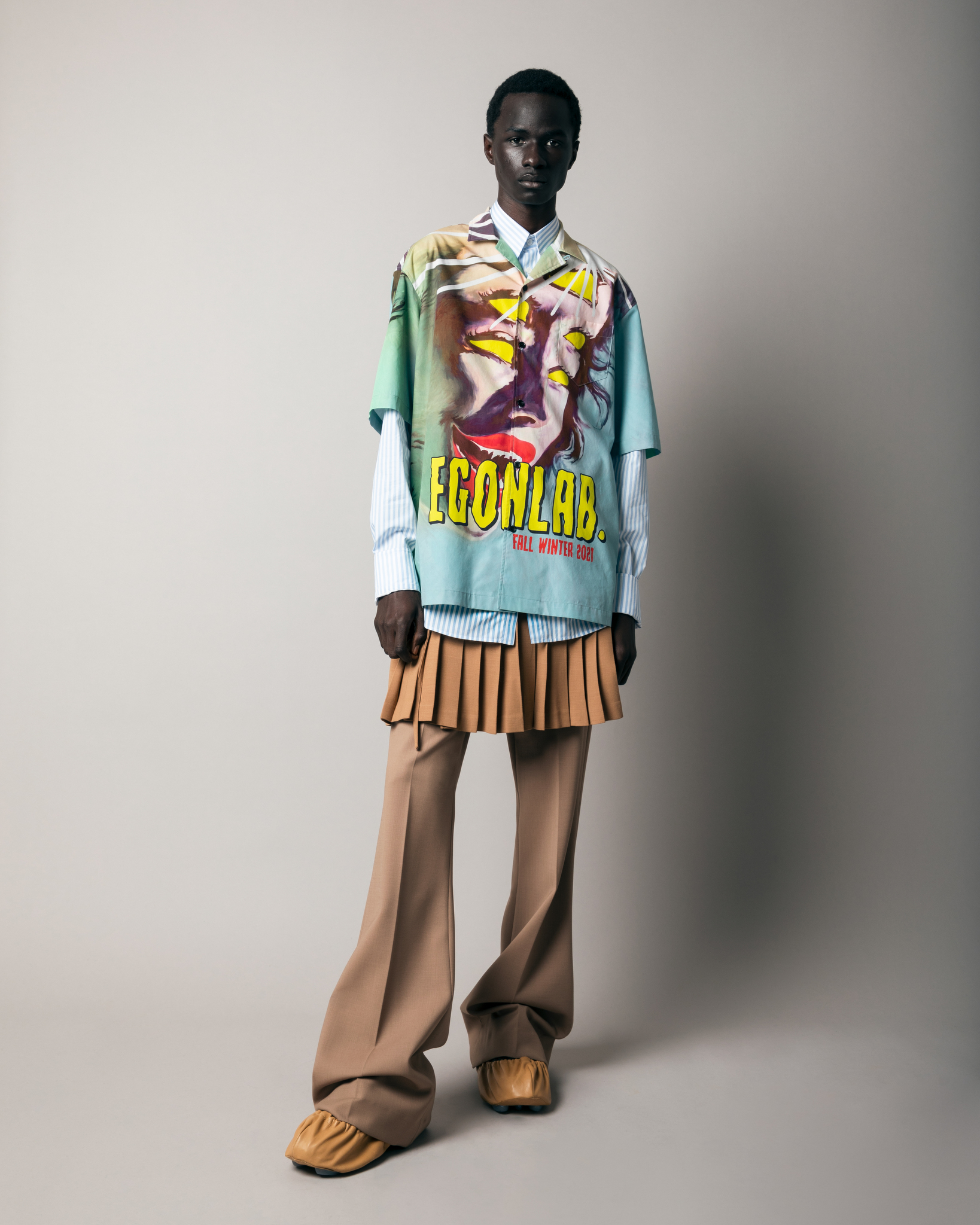 Cofounders Ester Manas and Balthazar Delepierre have caught the industry’s attention with their novel approach: one-size-fits-all adjustable clothes that accommodate everyone from a U.S. size 2 to a size 22 — thanks to adjustable belts, straps and snaps.

The Brussels-based duo incorporate inclusivity and sustainability into all aspects of their business, from the design to the look book to the shopping experience. In addition to reducing waste by producing only one size, they use recycled fabrics and manufacture the pieces locally, in a vocational training workshop for vulnerable workers. 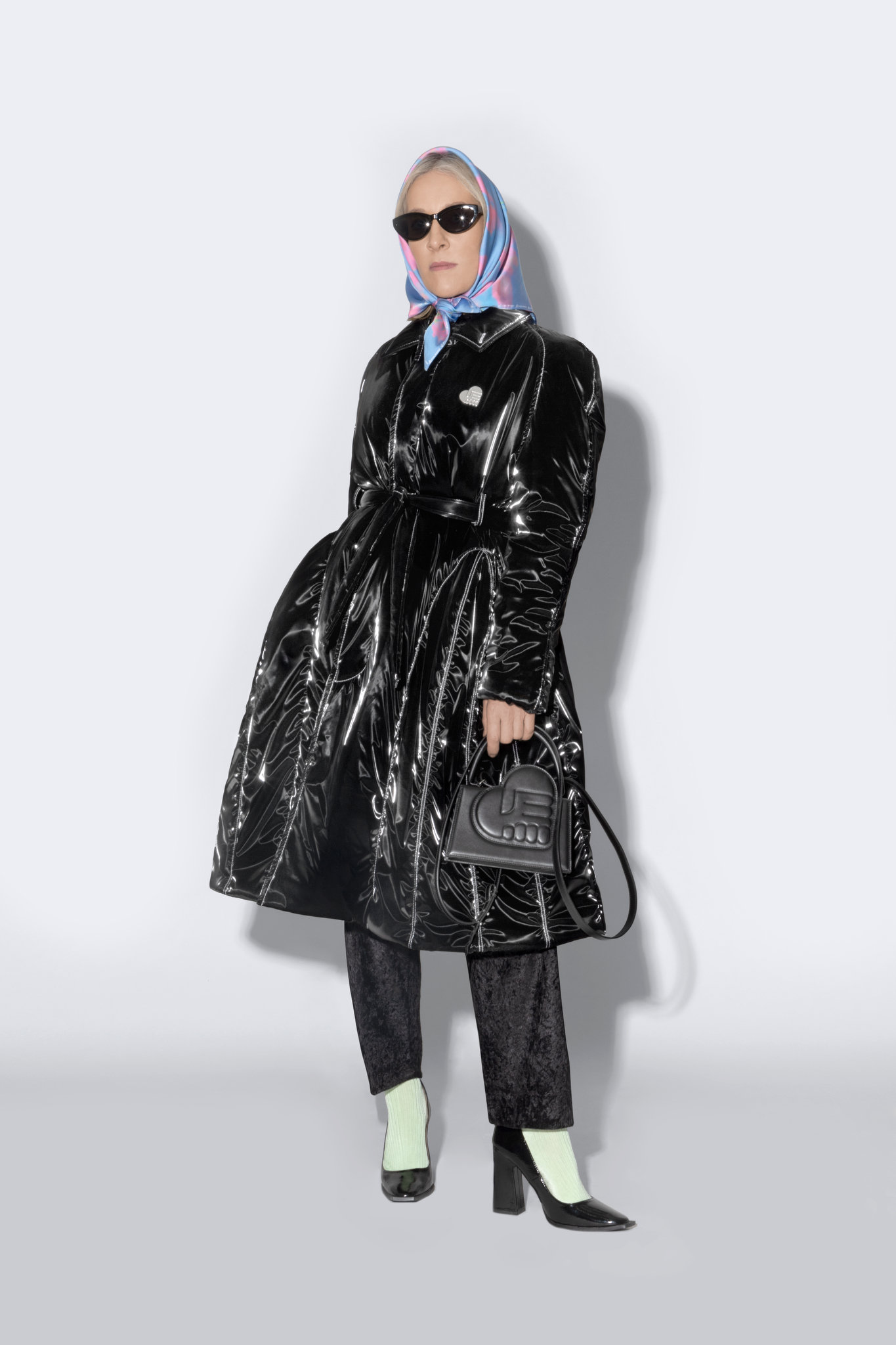 Uniforme is the brainchild of Hugues Fauchard and Rémi Bats, both graduates of the Studio Berçot fashion school who racked up experience at a range of Paris fashion brands (Balenciaga, Lanvin, Ami and Wooyoungmi among them) before launching sustainably minded Uniforme in 2017.

They describe their approach as “conscious minimalism,” creating designs with military and utilitarian influences but with the ease of streetwear. In 2020, they moved their studio from Paris to Nantes to work more closely with their manufacturing partners and reconnect with nature.

“We believe in a way of consuming fashion that involves by sparingly, but better, holding onto favorites and passing them along,” they explain. 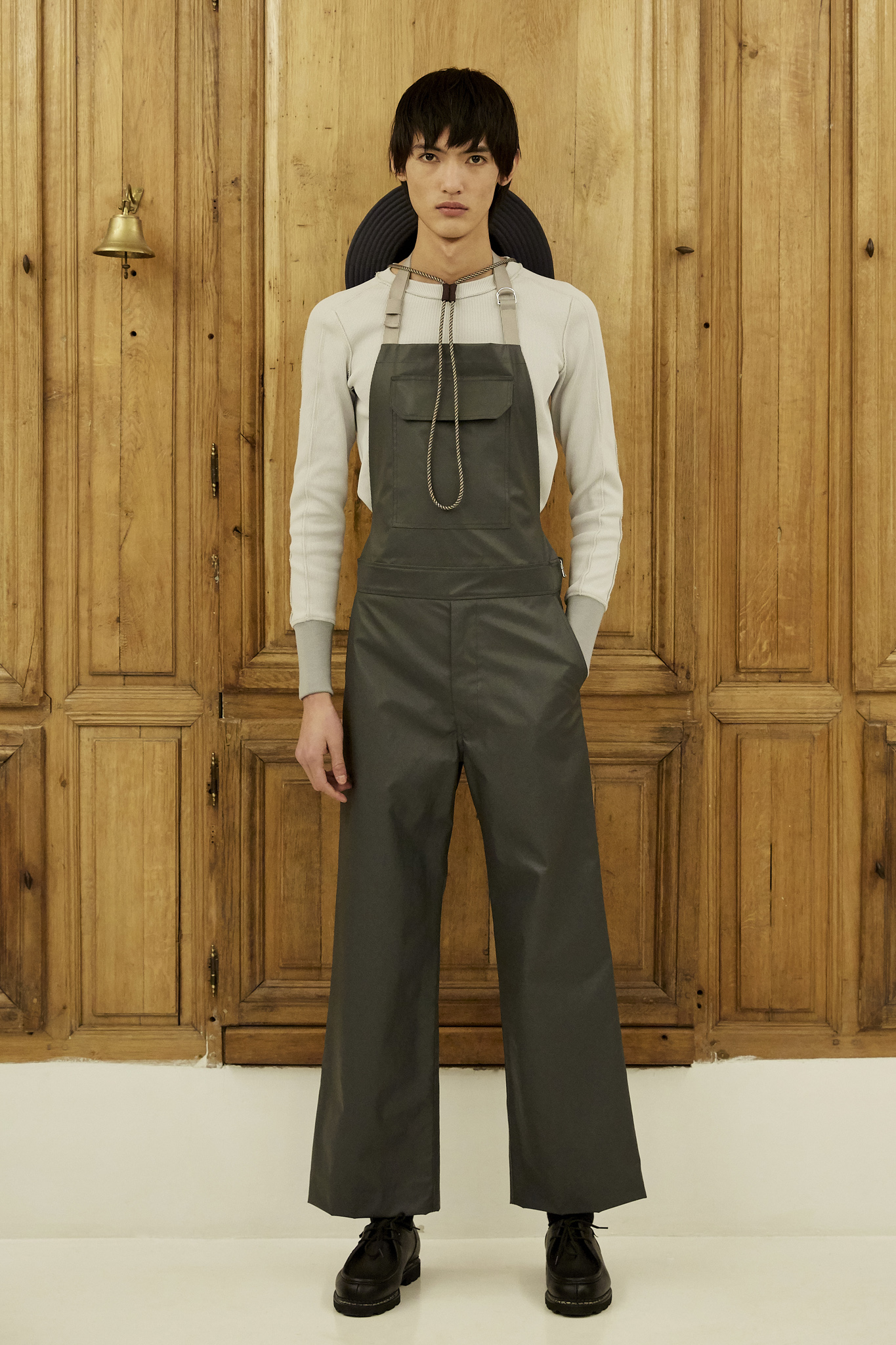 And here are the three finalists for the Accessories Prize, which comes with 50,000 euros and mentoring from Giovanna Engelbert, Swarovski’s creative director:

Sonia Ahmimou founded the Aswad leather goods workshop in Paris in 2015 after spending more than a decade learning the métier at Louis Vuitton, Moynat and Hermès.

Her brand name derives from the literary Arabic phrase “hajar el aswad,” meaning the black stone. According to her brand’s website, its aesthetic is located “at the crossroads of Moroccan and French craftsmanship and in our attachment to the preservation of traditional skills.”

Her sleek bags, some with zippered external compartments, and small leather goods are sold on her website and to select wholesale accounts, including Merci in Paris, Zero + Maria Cornejo in Los Angeles, Duro Olowu in London and The Exposed House in Abu Dhabi. 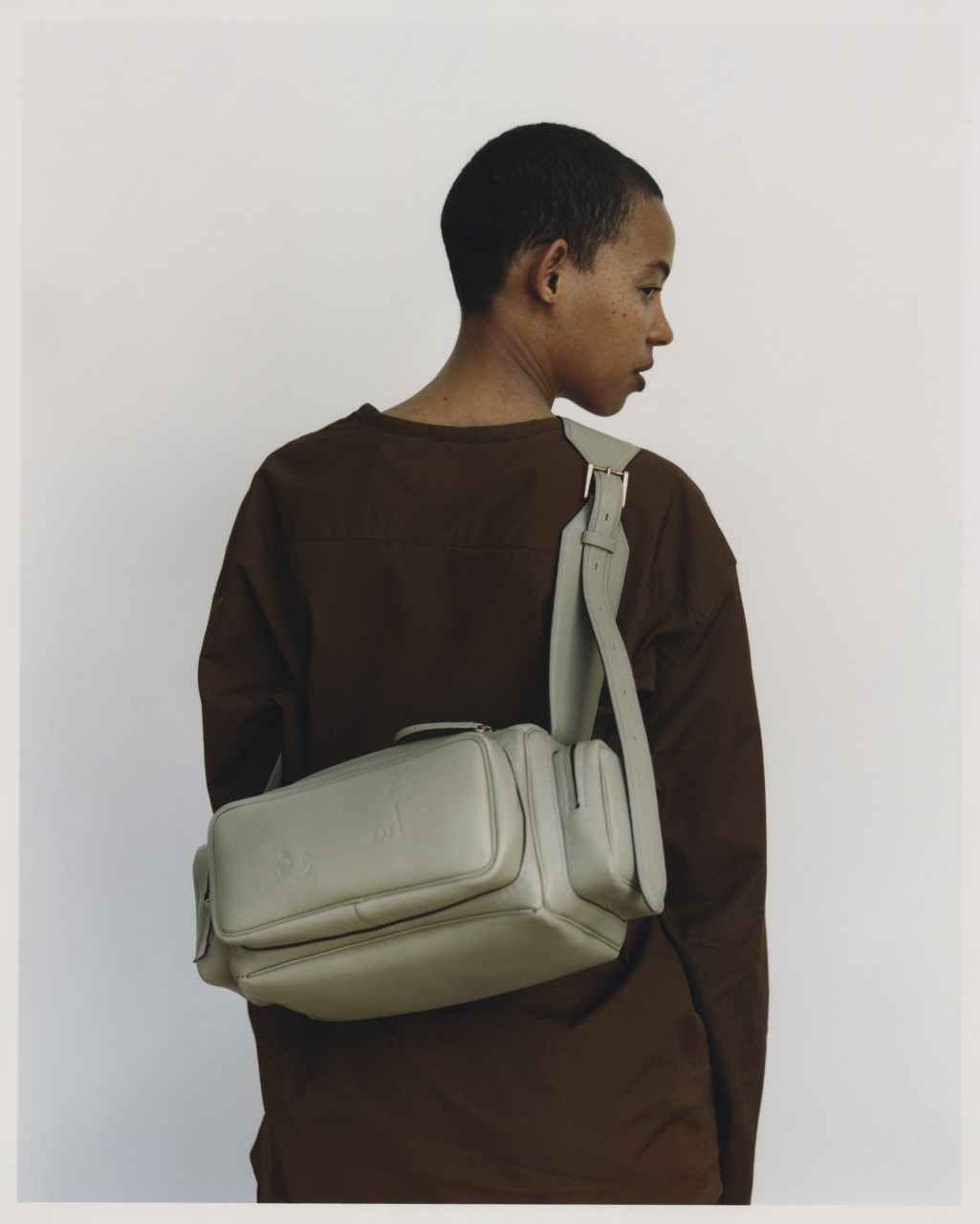 Based in Vienna and founded in 2017, Published By creates sculptural accessories inspired by architecture and modern art, including gleaming, stone-shaped chrome bags slung on leather ropes, plus offbeat brooches, harnesses and necklaces.

Founder and creative director Christoph Tsetinis employs CAD-manufacturing programs from the automotive industry and incorporates recycled car parts in a bid to reduce waste and push creative boundaries. He works with his partner Ruby Wallen, who is managing director of the company.

Buyers and consumers are shown a range of products during the design phase and only the most sought-after products are produced, cutting down on samples and overproduction. 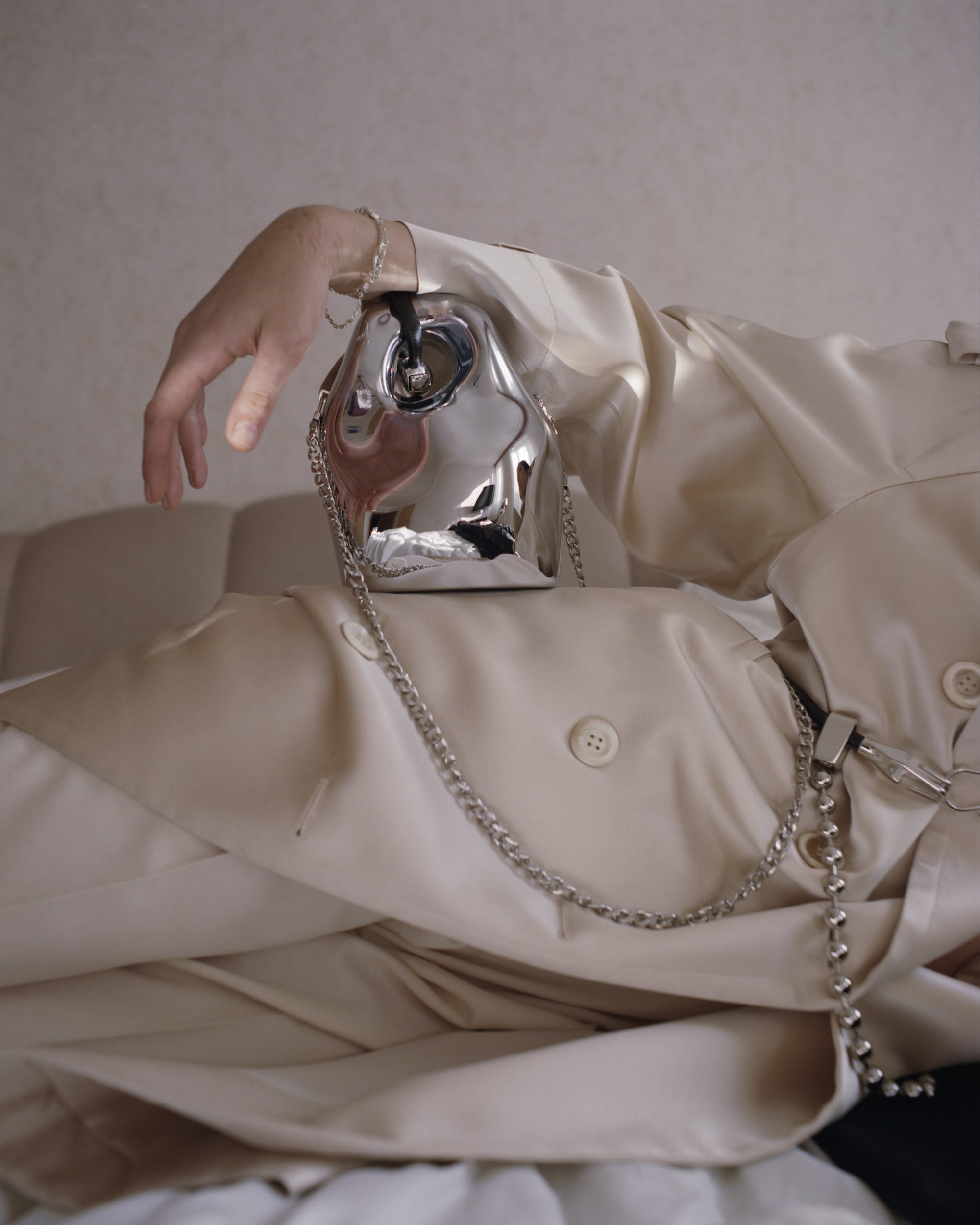 Skulls, flowers, eyes, lips and the odd penis figure can be found on the baroque and slightly surreal jewelry of Samuel François, a French stylist often seen trailing behind Numero editor in chief Babeth Djian. He has been with the magazine for more than 20 years and is currently its fashion director.

While he trained at the fashion school Studio-Berçot, François is self-taught in jewelry-making and sculpts each wax model, handing them to master craftsmen who take care of the bronze enameling.

His brand dates from 2017 and references his many trips to Naples, where he draws particular inspiration from the Fontanelle cemetery, and also express his taste for antiquity. 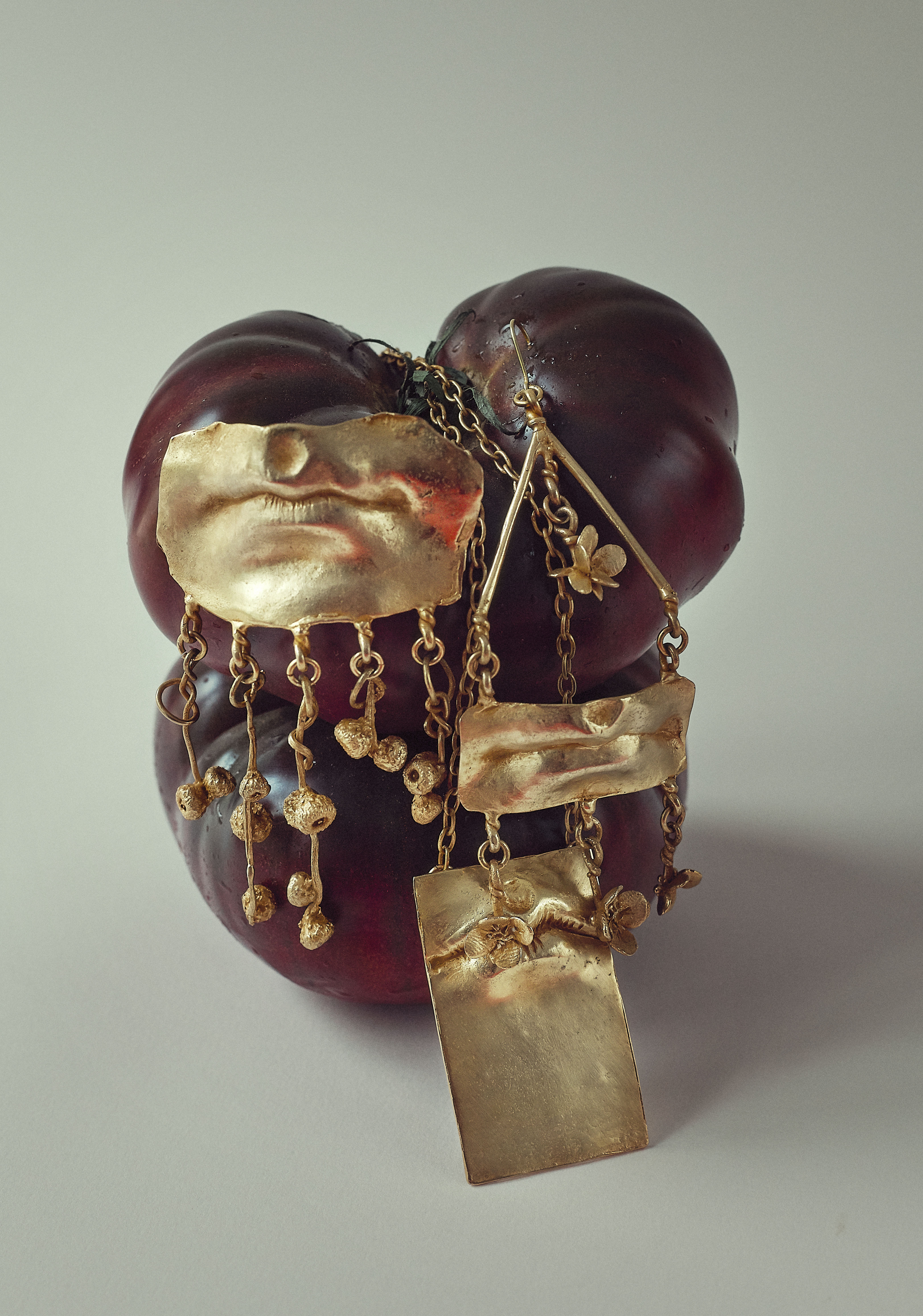