Melania Trump and her husband Donald Trump appeared at the White House last night for an official event.

Held in in the East Room of the White House last night, Melania stunned at the event in a black dress.

The White House Historical Association Dinner was founded by Jacqueline Kennedy in 1961.

Not only did the First Lady stun at the event, she posted a shot to Instagram that has impressed fans of the Trump administration.

She captioned the image: “The @WhiteHouse is lit blue tonight in remembrance and honor of our fallen law enforcement officers.

“Thank you to all the men and women in law enforcement who work hard to keep us safe. #NationalPoliceWeek” (sic)

One follower compared this move to the previous Obama presidency.

User “sandwgn5” wrote: “I don’t remember Obama ever doing this – thank you for honoring those men and women.” (sic) 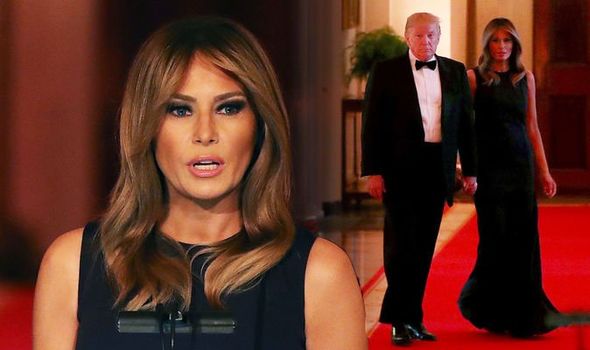 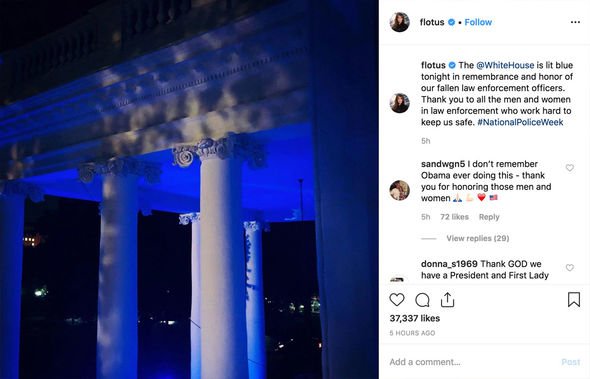 Another echoed the sentiment, and wrote: “Thank GOD we have a President and First Lady who support our Police Officers.”

“Thank you both for honoring our men and women in blue. And our military,” another said. (sic)

Melania Trump’s style is admired by many around the globe. However, the price of her designer goods has similarly not gone unnoticed.

Chairing a meeting at the White House to discuss youth programmes with cabinet secretaries, she wore a Emilio Pucci pink suit. 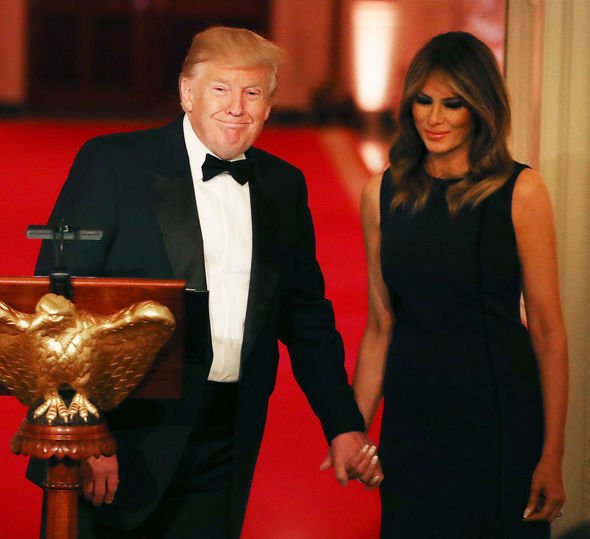 How does she pay for the garments? Melania’s spokesperson has confirmed that she pays for all of her own clothes, in an emailed statement to Bustle.

Of course, she and her husband Donald can afford all the fine clothes they desire.

Donald Trump has a net worth of $3.1 billion (£2.4 billion) according to Forbes.

Donald Trump told an interviewer his marriage to Melania was not equal.

In 2015 Melania and Donald agreed to be interviewed by ABC News to discuss their marriage.

When asked if theirs was “a marriage of equals”, Mr Trump jokingly replied: “I would say no.

“I think she is far greater than the 50 percent.”

Taurus: What your star sign has in store for December 5 – 11