Premiere night for season 18 of ‘The Bachelorette’ is here! Michelle Young came to slay for her first night with the guys, wearing a glittery green dress with a complete open back.

Michelle Young definitely made quite the first impression in her look from night one of The Bachelorette! Preview photos for the show’s Oct. 19 premiere show Michelle looking absolutely stunning in a sparkling green dress. The ensemble has high neckline that wraps around Michelle’s neck, but the fabric dips low in the back with a big cutout to show some skin on her back and sides. Michelle’s look is complete with her hair styled in loose waves and parted to one side, with the tresses gathered over her left shoulder. 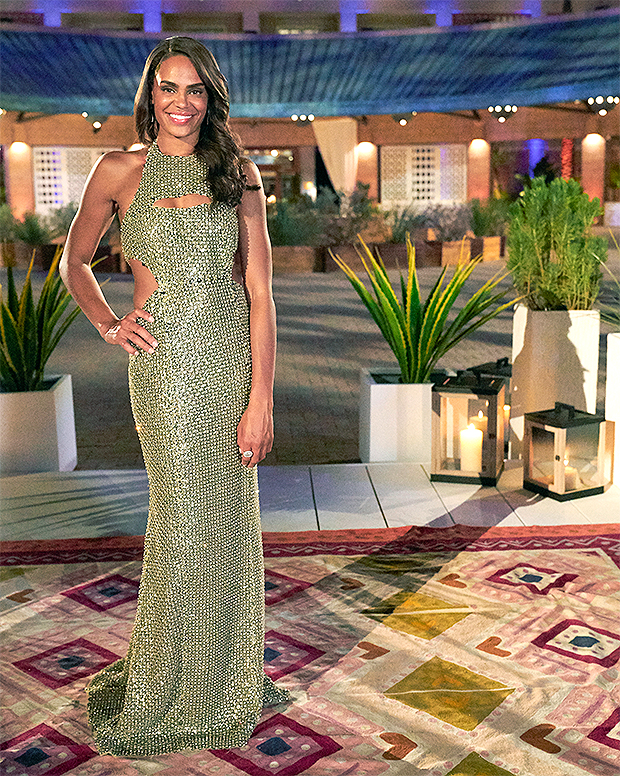 It’s a big night for Michelle, as she got to meet the 30 men who are hoping to fall in love with her on season 18 of The Bachelorette. As always, premiere night is a long one, as Michelle individually greets each guy as he arrives at the Bachelor mansion. Then, there’s a cocktail party to give her some more time to get to know the suitors, followed by a rose ceremony, where several of the men are eliminated before the night ends. 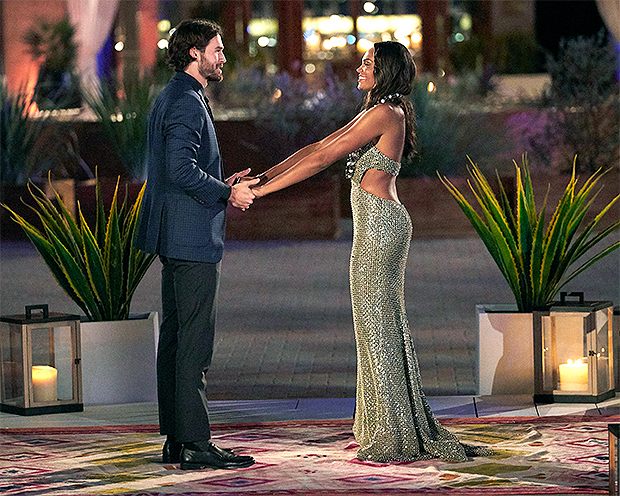 Michelle came to be the Bachelorette after appearing on Matt James’ season of The Bachelor at the beginning of 2021. Matt dumped Michelle ahead of the final rose ceremony when he began having doubts about where he stood as the show came to an end. After breaking up with Michelle, he wound up choosing the last woman standing, Rachael Kirkconnell, to be with. Although they did not get engaged, they began dating after filming ended, and despite some ups and downs over the first few months, they’ve been hot and heavy ever since getting back together in April.

After Matt’s season concluded, season 17 was set to begin filming in the spring, but the timing did not work with Michelle’s schedule as a teacher. So, the show pulled an unprecedented move and decided to air TWO Bachelorette seasons in 2021 — Katie Thurston was the star of season 17, followed by Michelle for season 18. Katie got engaged to Blake Moynes during her season, which aired from June-August.