THEY say you shouldn’t wear white to a wedding, but what about a full on bridal gown?

One mother-of-the-groom sparked outrage after being bold enough to steal the limelight in a white fishtail gown to her son’s wedding. 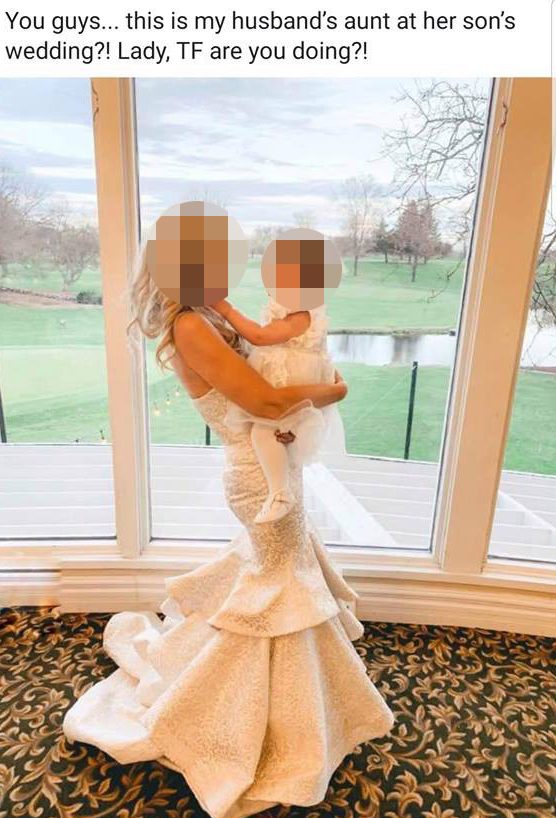 The blonde mother was pictured in a strapless bridal dress posing with the bridesmaids, and easily could have been mistaken for the bride.

The caption said: “You guys, this is my husband’s aunt at her son’s wedding. Lady, TF are you doing?!”

Images were shared of her on the That’s It, I’m Wedding Shaming Facebook group, and showed the bride wearing a remarkably similar gown herself.

The photos clearly sparked outrage, and numerous people were quick to comment how wrong it was for the mother of the groom. 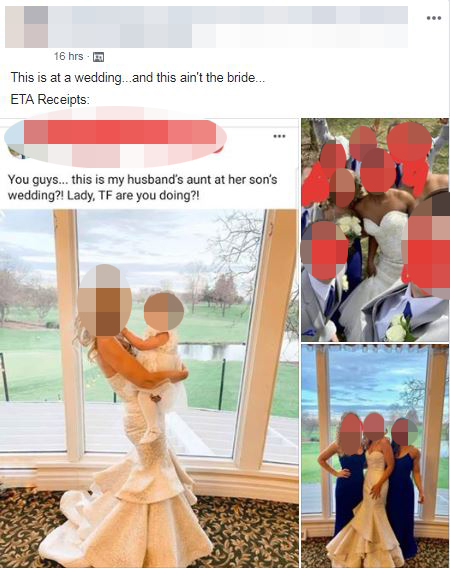 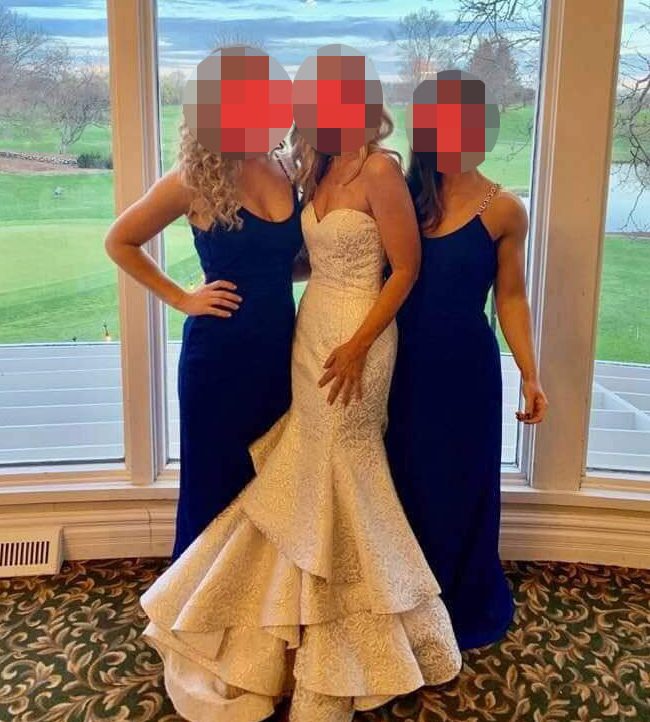 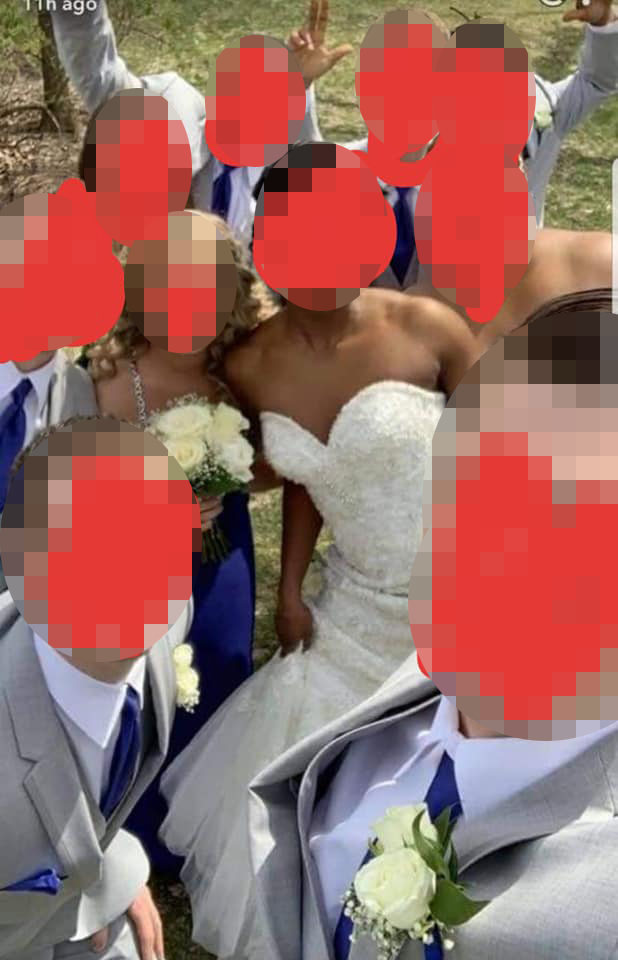 One wrote: “What a pathetic attention seeker”, meanwhile, another added: “Weeeeirdoooooo.”

Meanwhile one said: “Yikes. I like it more than the bride’s dress,” a Facebook user agreed, saying: “I'd be refusing to pose with her.”

The poster didn’t reveal the bride’s reaction when she saw the extremely bold dress, but we can imagine she wasn’t best pleased.

It's not the first time someone has shunned etiquette to wear white to a wedding. 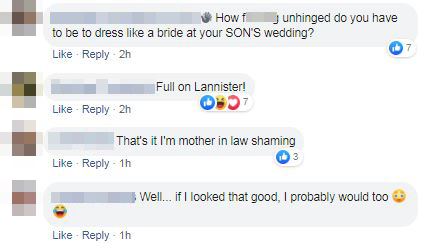 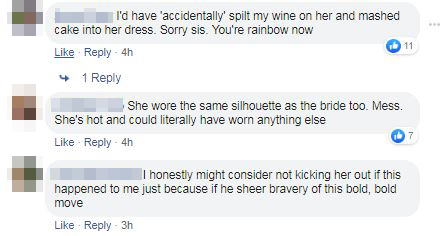 For more wedding horror stories, this "inappropriate" wedding guest has been accused of trying to upstage the bride by wearing a bodycon dress with exposed sides.

Plus this bride has been slammed for forcing her maid-of-honour to wear an "unflattering" dress which makes her look like a "stuffed sausage".