Mum, 24, faces race against time to marry partner after he was diagnosed with a brain tumour and given just weeks to live

A MUM is in a race against time to marry her partner after he was diagnosed with an incurable brain tumour.

Kaya Rimple, 24, has been planning her dream wedding to Aidan Waters, 26, who has been told he has just weeks to live. 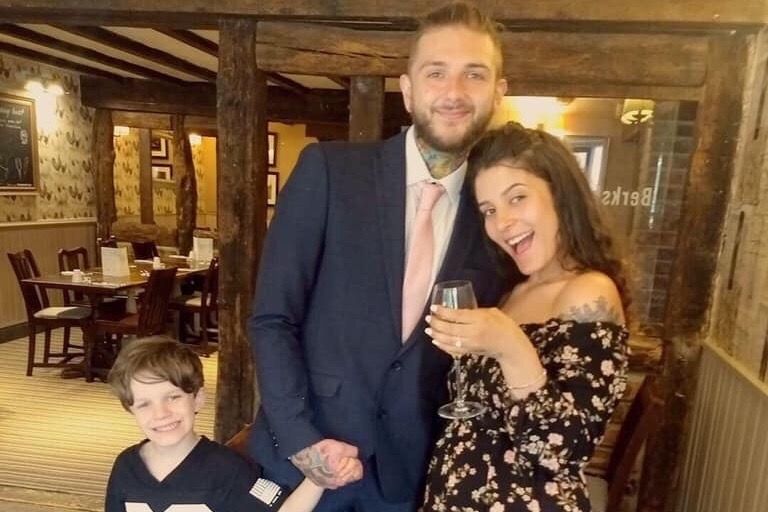 The couple, who have a one-year-old daughter Nova and live in Thatcham in West Berkshire, received the news he has the terminal condition last week.

Doctors discovered a mass on Aidan's brain after he was rushed to hospital following a series of seizures six weeks ago.

He proposed to Kaya last month in front of family and friends, saying "one of my main things that I wish to achieve is to marry this beautiful woman".

In order to make the time they have left together as special as possible, a fundraising page has been set up by Kaya's cousin Christa Arlett – and its £5,000 target has almost been doubled. 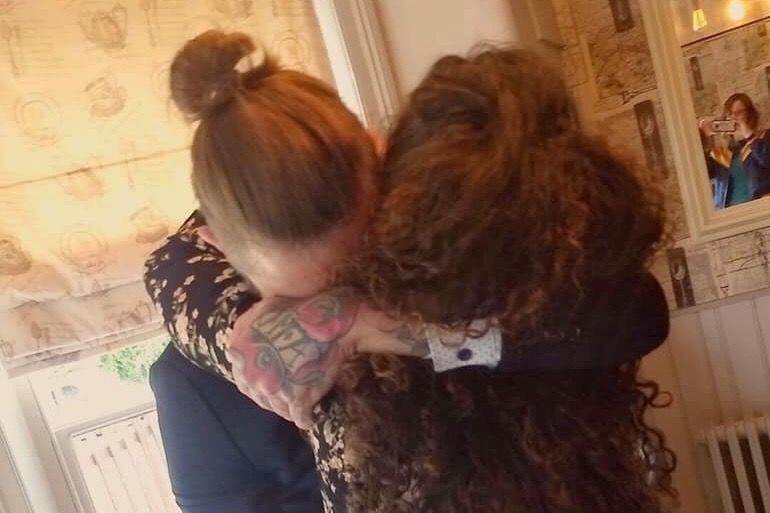 On the Go Fund Me in their honour, people are asked to "Help these soulmates marry'.

The description reads: "So as most of you know, Aiden has been tragically been diagnosed with cancer. "He has a grade 4 brain tumour called an astrocytoma which unfortunately means he may not be with us for as long as we would hope.

"As together they have both blossomed into AMAZING humans and parents. 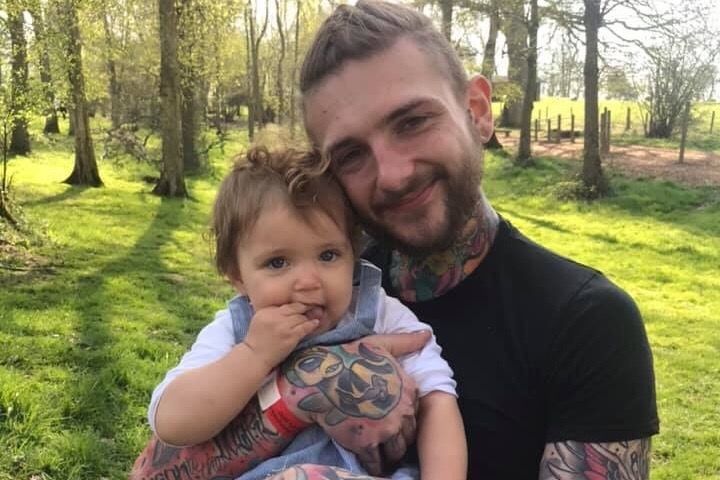 "These two soulmates are made for each other and also happen to be the most good looking couple I know.

"One of the things Aiden wants to achieve in his time here with us is to marry this beautiful woman.

"I am hoping we can raise enough money for them to have the wedding they dream of and alleviate some of the stress that comes with organising a wedding.

"It’s the least this beautiful family deserve at the moment. Let’s show Kaya and Aiden just how much we support them through this time."

An update on the page posted by Christa has revealed that the couple have set a date to get married.

Kaya has revealed that a month-and-a-half ago Aidan began complaining of headaches and blurred vision, and one day while driving to a night shift he experienced a seizure.

A month later she revealed that she found him in bed having had another seizure.

"He was sprawled all over the bed and I saw blood on the pillows and his face. I tried to wake him up but he wasn't responding and was all stiff, so I called an ambulance," she told Femail.

After a series of tests – including an X-ray which showed something on his brain – doctors diagnose him with grade 4 glioblastoma. 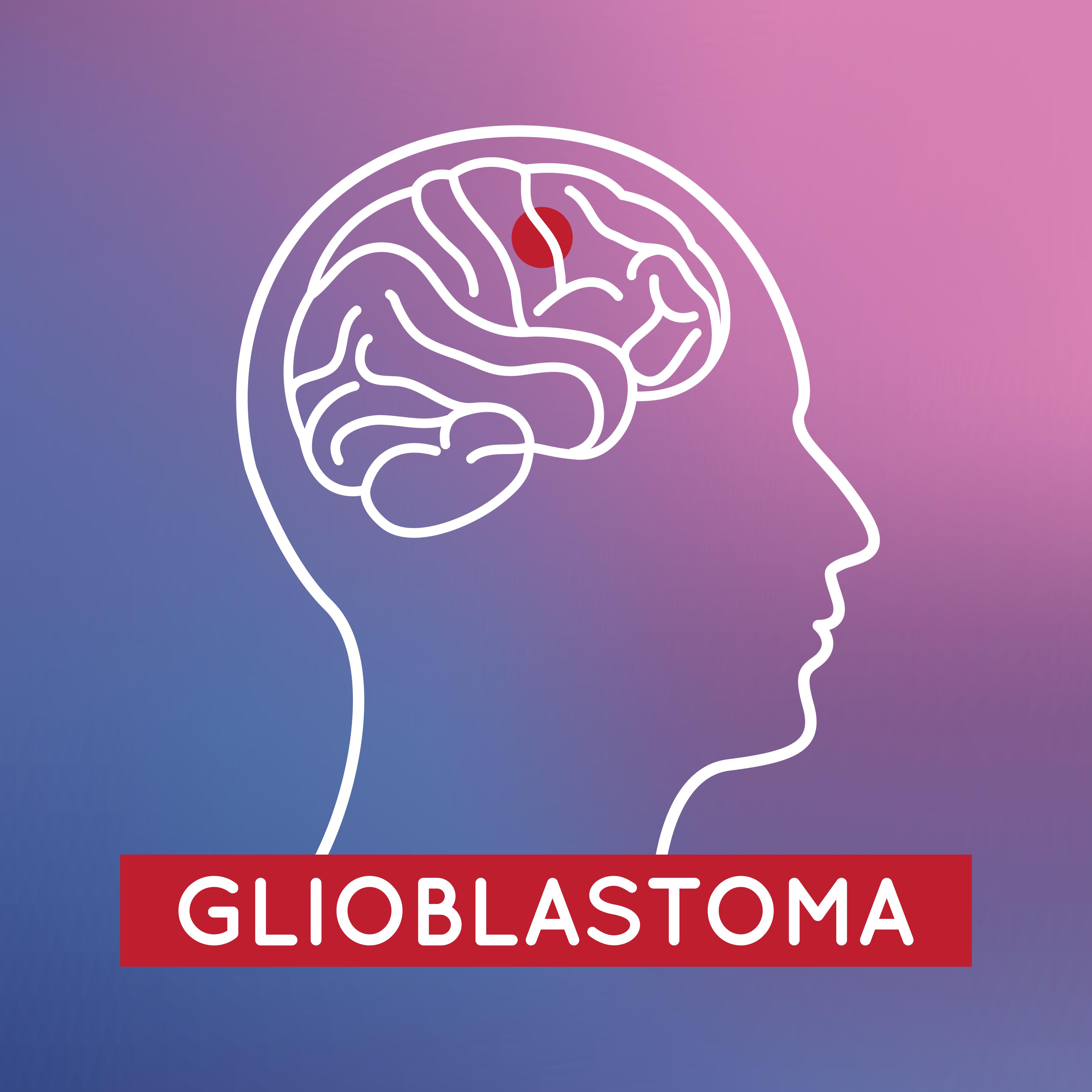 "There were so many tears. They thought it could be grade three or four, but had to wait on genetic test results. Sadly it was the worst case scenario. It was heartbreaking and so surreal," she said.

"The doctor said it's incurable, and Aidan's got weeks and months, not years. But I don't believe that, I really don't."

He is now having radiotherapy, every day except for weekends, and chemotherapy by tablet.

Kaya -who has a son Marley from a previous relationship – met Aidan on a night out before they bumped into each other again three months later while she was walking her two dogs.

Within a fortnight of dating the couple had fallen for each other and they have since welcomed their one-year-old daughter.

Click here to donate to Kaya and Aidan's Go Fund Me page.

'WE ALL DESERVE AFFECTION' Escort gets paid £1.4k to have sex with disabled people

Earlier today, we told you how a mum has said she felt her baby "had died" as she urged doctors to think about how they deliver diagnoses for poorly kids.

We also told you how a domestic abuse survivor has given practical advice for women to leave violent relationships.

And a woman who has suffered eight miscarriages remains determined to one day become a mum.