A MUM-TO-BE has been accused of “child abuse” after choosing a rather controversial name for her son.

The woman revealed she is intending to call her child Adolph, and her sister took to Reddit to share her concerns of its association to Hitler. 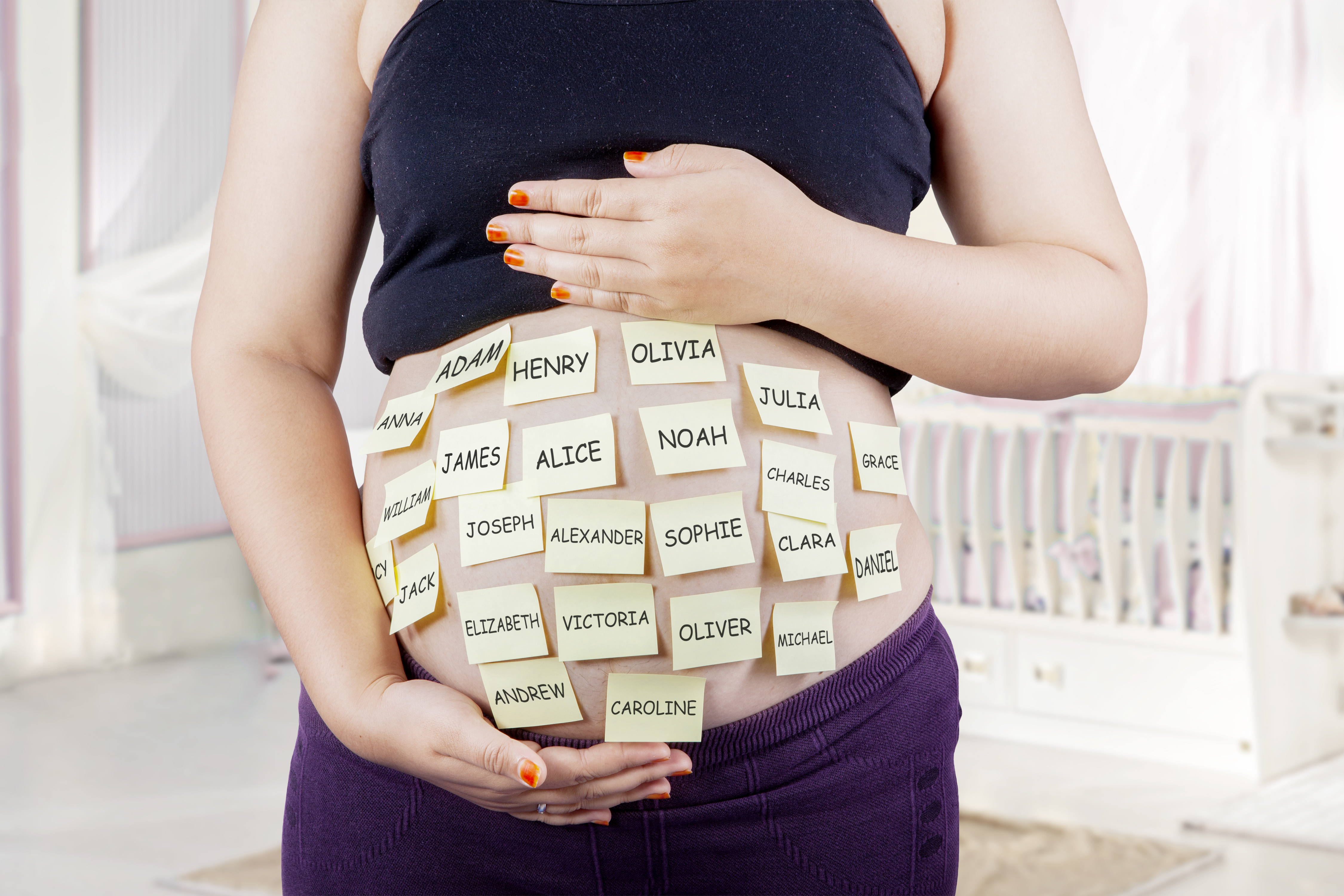 She wrote: "I'm not pregnant but thought maybe some of you could provide some insight.

"My sister is 7 months pregnant and wants to name her son Adolph.

"No she's not a Nazi, apparently she is deliberately giving him a ‘problematic’ name so that he can experience what other kids from less privileged backgrounds experience.”

She said she begged her sister to not use the name but the pregnant woman had been adamant on the selection. 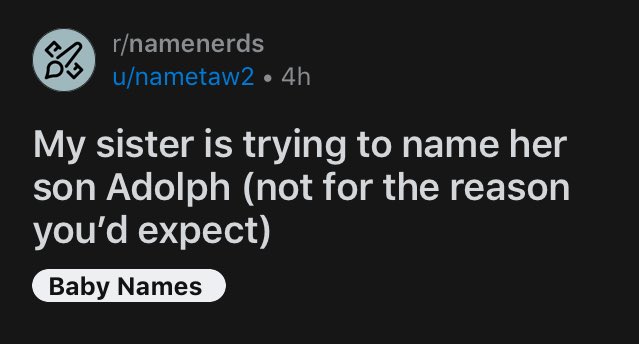 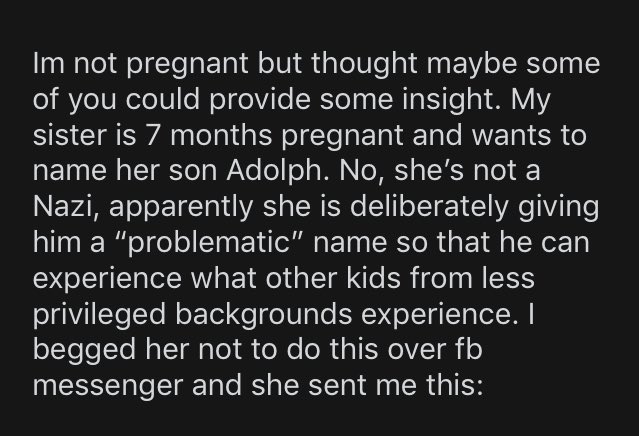 The mum-to-be had admitted that the name would "prevent him from getting a few jobs."

But she said it might “give employers time to pause”, and consider candidates from minority backgrounds instead.

The mum said ultimately it might make her son a “better man for it, and added: "White parents cannot sit idly by and allow their children to take up space and snatch opportunities away from those who do it more."

The post was shared on Twitter by a user who included the caption: “Naming my baby Adolph because I’ve reached the pinnacle of wokeness.”

People were understandably upset by the name and said the woman should reconsider. 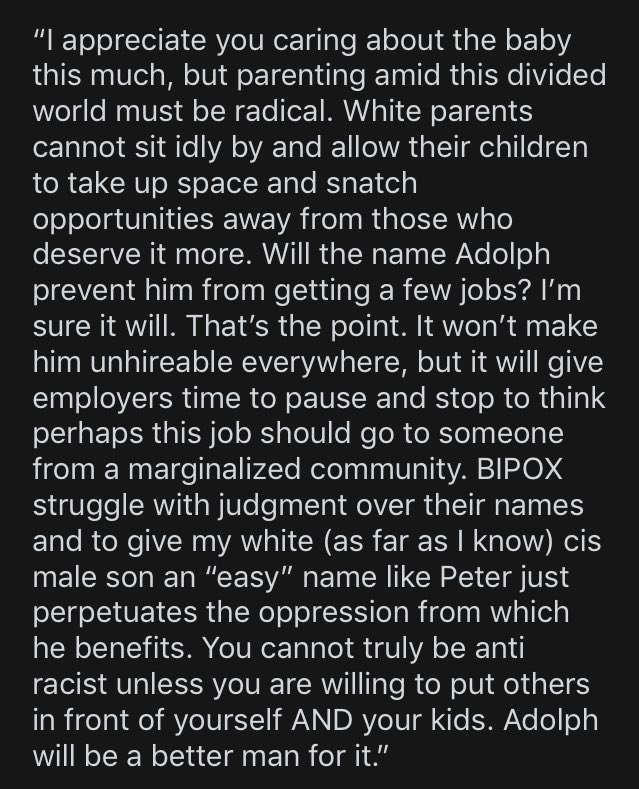 One said: "Hmm I don't think child services normally gets involved before the birth but this might be the exception."

Another added: "The day that kid is old enough to legally change names (and move out) cannot arrive soon enough."

Other people said the mum should consider different tactics to ensure her son is educated.

"She does realise that the other kids are going to beat the c*** out of him every day of his life, right?"

We shared the most popular baby names of 2020 revealed, plus the ones set to become extinct (and it’s bad news for Karens).

Meanwhile this desperate mum asks for help with her 10-year-old daughter’s ‘trick’ maths homework but gets totally savaged in response.

And this mum sick of the kids stealing her snacks hides them in bags of frozen veg & her kids still haven’t found them.