WHILE the idea of saving money on home renovations by doing it yourself is tempting, things don't always go to plan – and sometimes you cause more work for yourself by getting it all wrong.

But one mum was feeling pretty chuffed with herself after wallpapering her wall and shared it online, only to realise she'd hung it upside down.

The amateur DIY-er shared a snap of her newly decorated wall which is now covered in a grey glittery damask design.

But instantly after completing the job she had a feeling she'd done it wrong and took to Facebook seeking advice.

She wrote: "Can anyone settle a debate is this the right way or are the flowers hanging on the stem upside down?"

People were quick to point out that she had in fact hung it upside down while laughing at her innocent blunder. 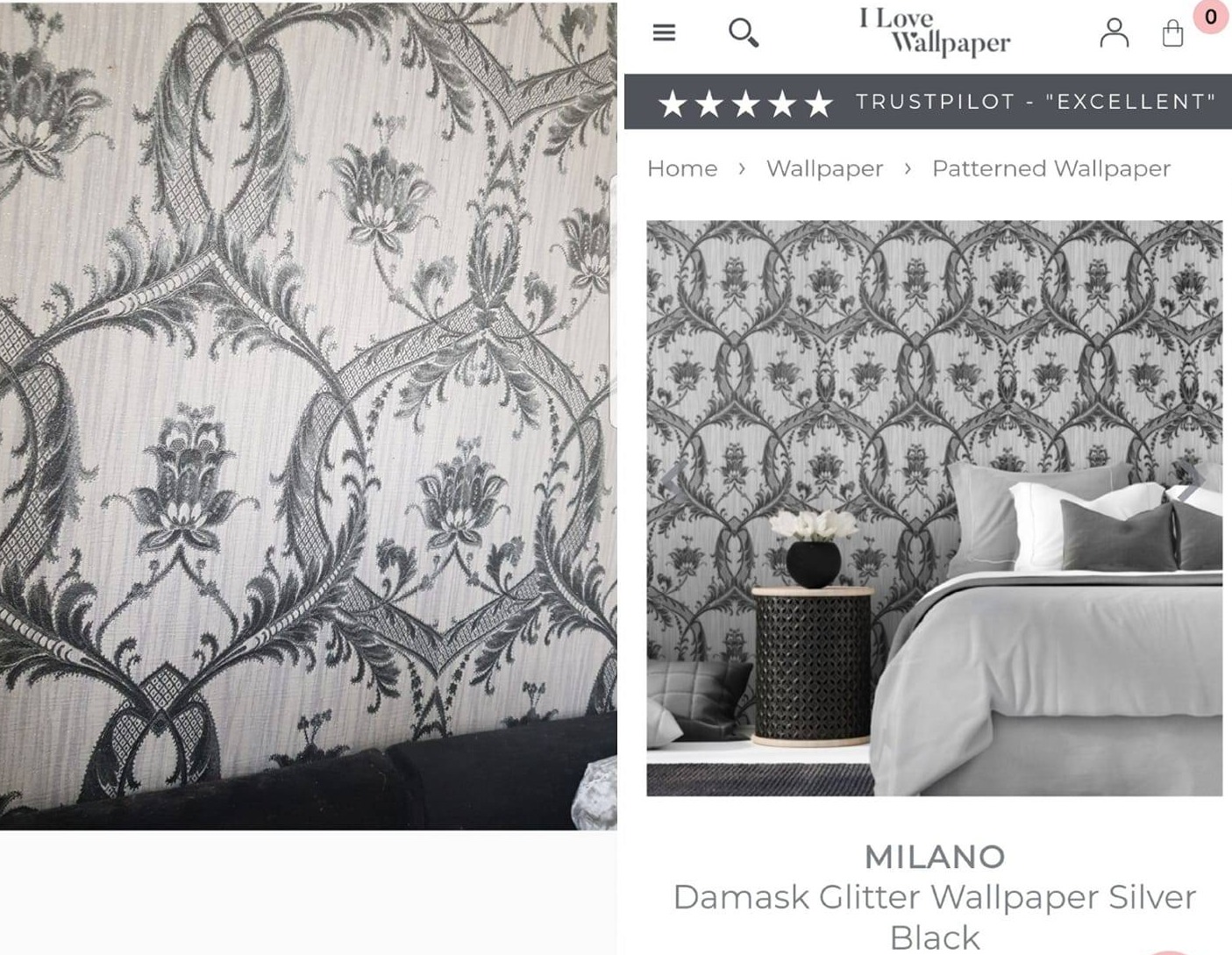 One person mocked: "I'm pretty sure you'd know because of how the paper falls off the roll?? It's not rocket science."

While another agreed saying: "It's upside down. That wallpaper should berolled before hanging."

"It’s upside down but flowers do hang down be different and enjoy," a third wrote.

And another said: ""It's wrong. Its up side down. The wallpaper would really luk stunning if installed correctly" [SIC]

While another questioned: "How could you even possibly put it up upside down."

One person joked: "Rotate your phone and it'll be ok." 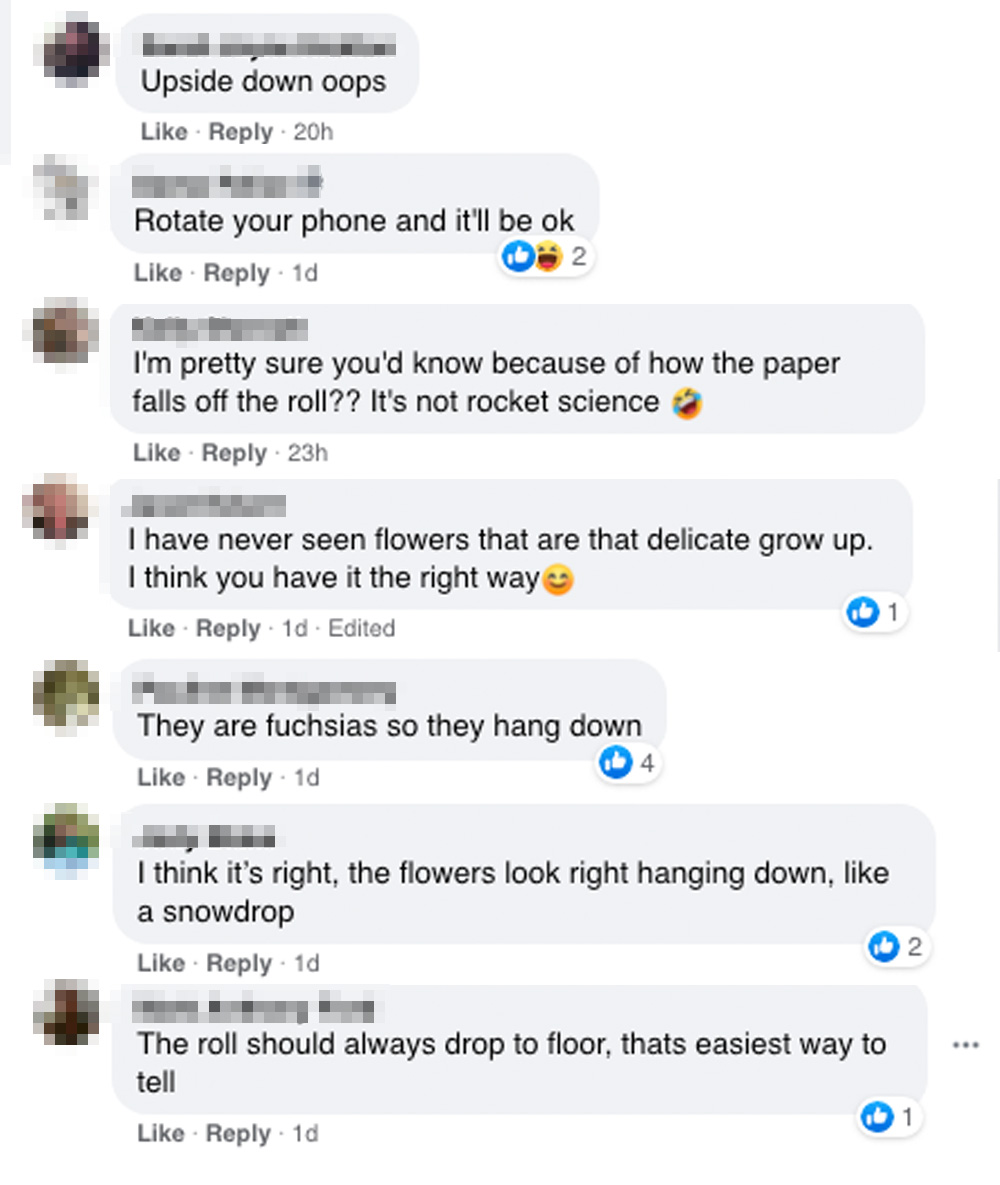 Many tried to soften the blow by saying it was upside down, but that her way looked way better than the indented design.

However, many were convinced it was the right way, pointing out that the flower featured in the design actually blooms downwards

"At first glance and before I turned the pic upside down, I thought it was wrong way round, but it does actually look like the flowers should be hanging down. I could be wrong though," one said.

Convinced, another wrote: "You have put it up 100% correctly."

And a third agreed saying: "Looks right to me. The other way looks off."

"I prefer if the way you have it, they look like fucias or passion flowers which tend to hang their heads down," added another.

So which way do you prefer?

Meanwhile, this house for sale with ‘creepy’ bedroom wallpaper freaks out potential buyers.

And a thrifty mum gets quoted £200 for rainbow wallpaper for her daughter’s room so sorts it herself for a tenner.

Plus a thrifty mum transforms her home with free wallpaper samples & people have hailed her as an interior design ‘inspiration’.