A MUM has revealed how she managed to transform her son's bedroom into a dinosaur-inspired wonderland on a tight budget.

Stacey Jones, from Manchester, revealed her son Huey is obsessed with dinosaurs – and so the mum-of-three set to work creating an affordable bedroom he would love.

Speaking to Latestdeals.co.uk, Stacey explained: "His bedroom is only small so painting mountains on the wall instead of using wallpaper kept the cost low and the room feeling light even though I’ve used green tones which could easily have made the room feel smaller.

"All the DIY was done by myself including the upcycle of the Ikea chest of drawers; I painted those in the same shades as the mountains on the wall and added plastic toy dinosaurs as the handles."

Stacey even managed to make the dinosaur bedroom stylish too, explaining she wanted lots of foliage, lights, natural tones and fabrics. 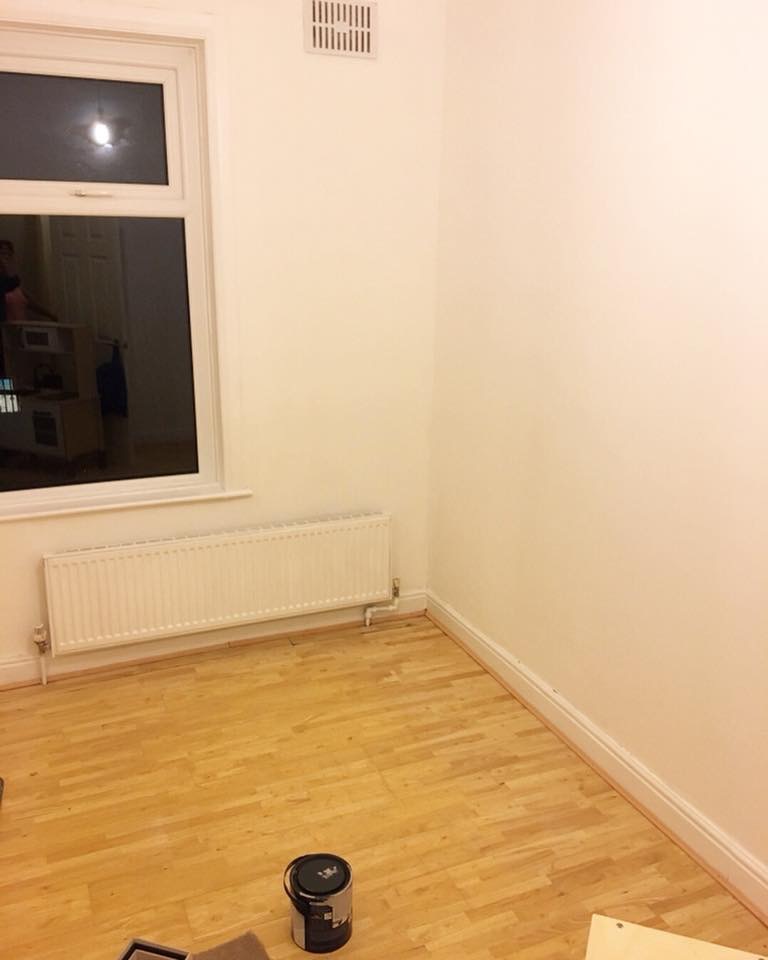 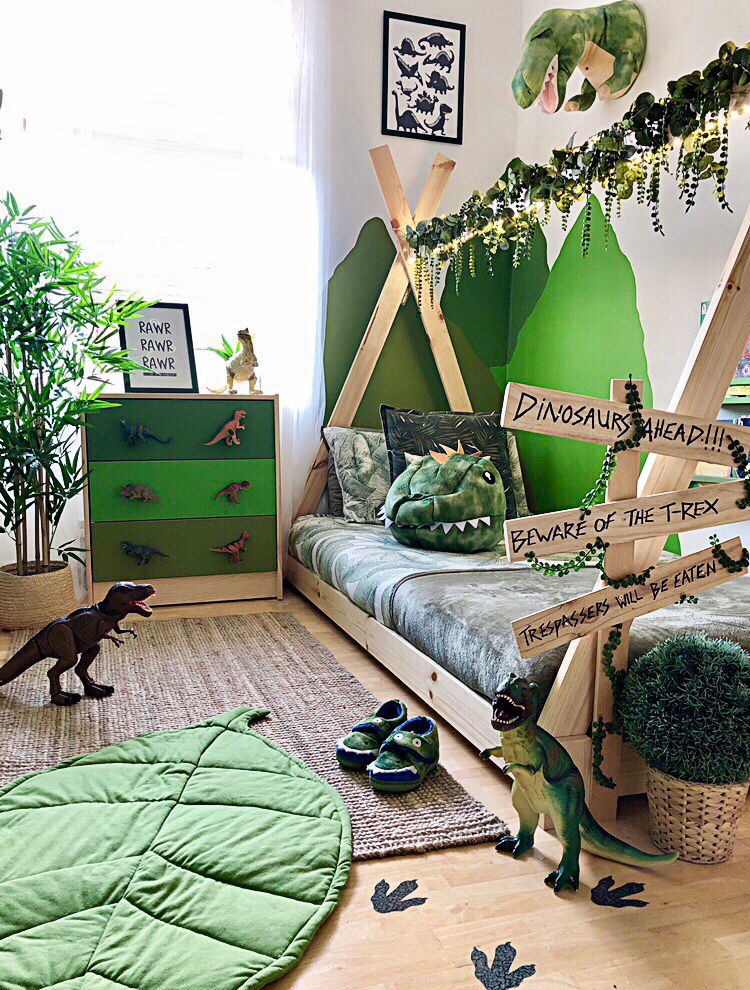 "I wanted a lot of natural tones and fabrics to compliment so the use of jute and wicker and the natural pine bed really stands out against the green," she said.

Stacey – also mum to Honey, 13 and Harmoni, 11 revealed her top tips for other mums looking to transform their kids' bedrooms.

She advised using the same paint on the walls to upcycle the furniture as well as making your own drawer handles – instead of splashing up on shop-bought styles costing up to £40. 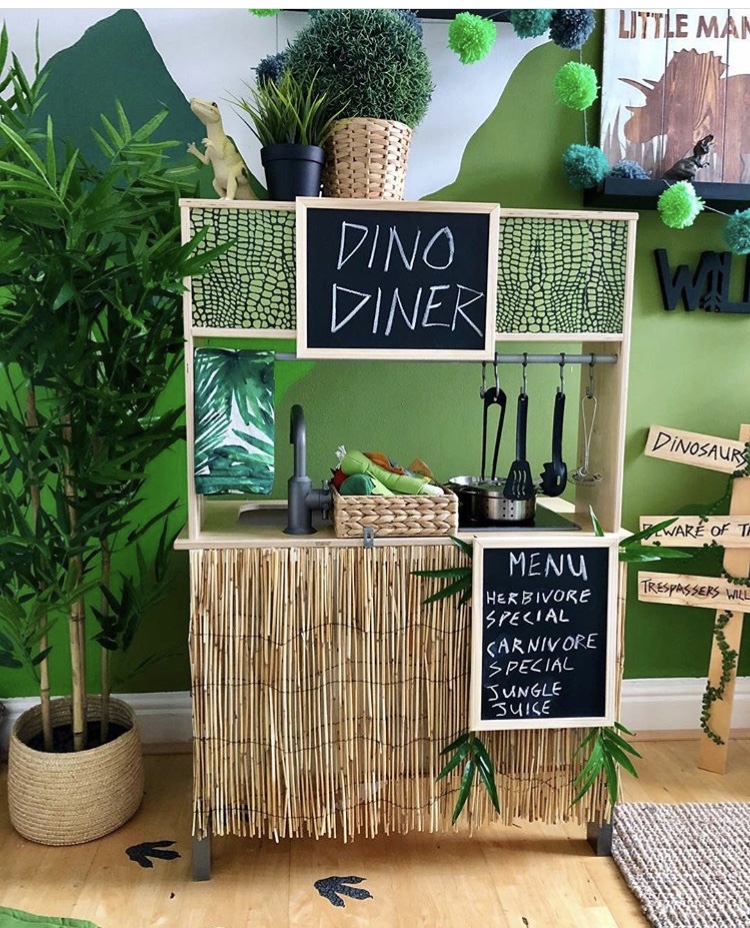 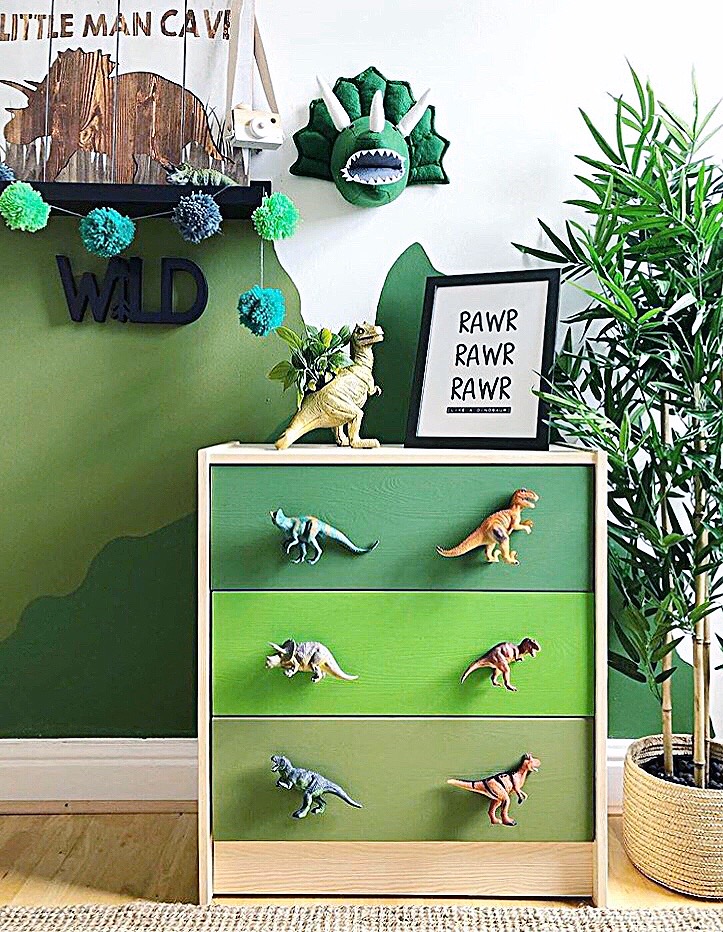 She also advised sourcing artificial plants and cutting them up instead of draping the bed frame with long strands of faux foliage – as this is much more expensive.

Stacey added: "I feel so proud of what I managed to achieve on a small budget and best of all I got the seal of approval from Huey who tells me he loves his dinosaur bedroom every day!”

In other parenting news, we told you parents are raving about this £10 felt Christmas tree for toddlers, saying it keeps the kids entertained for hours.

We also revealed one mum created a stunning Santa’s Grotto colour-in playhouse for her kids for just £9.

And we showed you mums are raving about space-saving Christmas tree wall decoration kids can’t knock over & say it’s BETTER than a real one.