A MUM has spoken of her fury after her baby girl was left battling hand, foot and mouth on a Thomas Cook holiday.

Tracey McCallion, from Bradford, West Yorks, travelled with her family to the Dominican Republic for her wedding to Kieran McCallion last April. 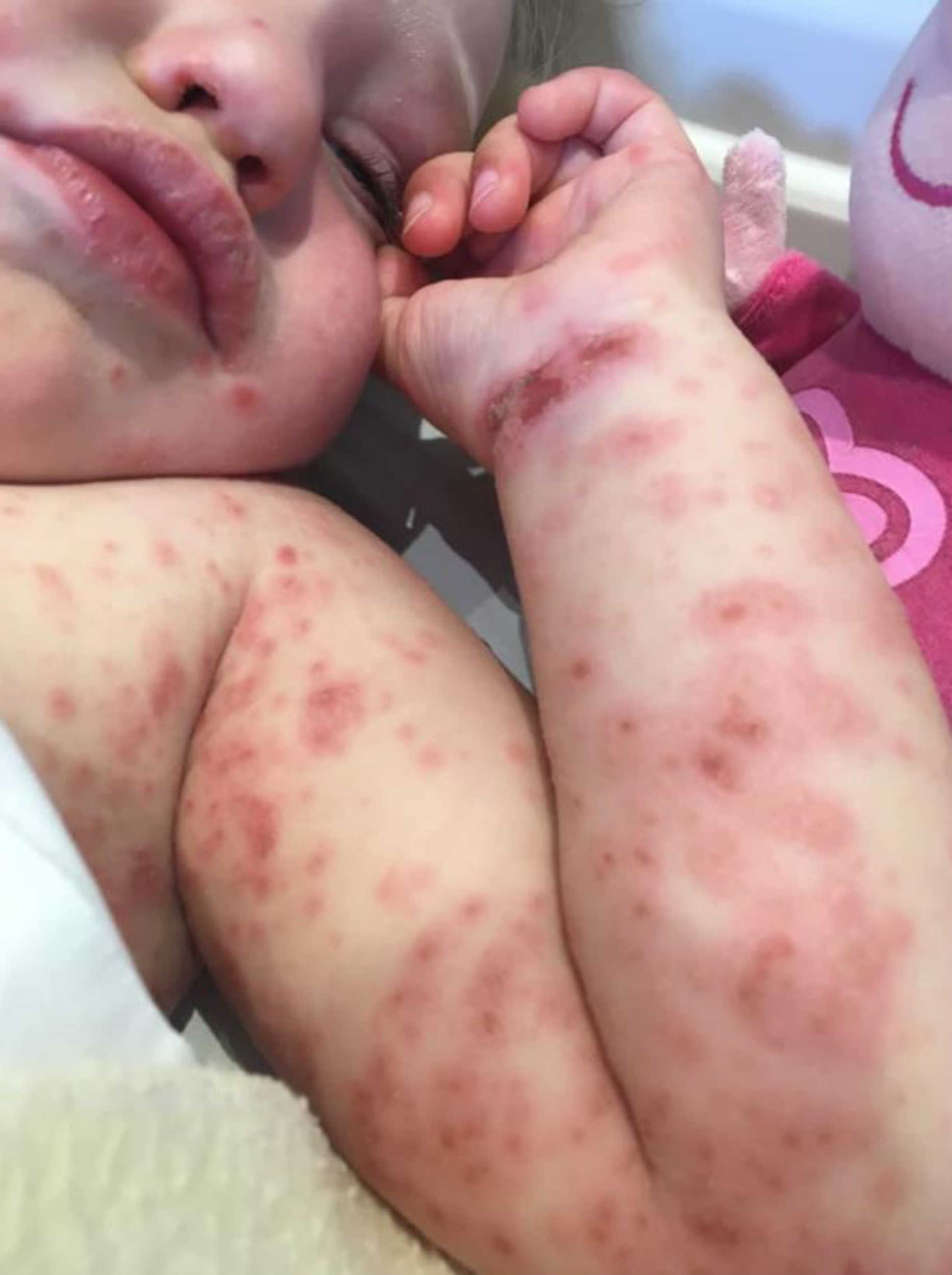 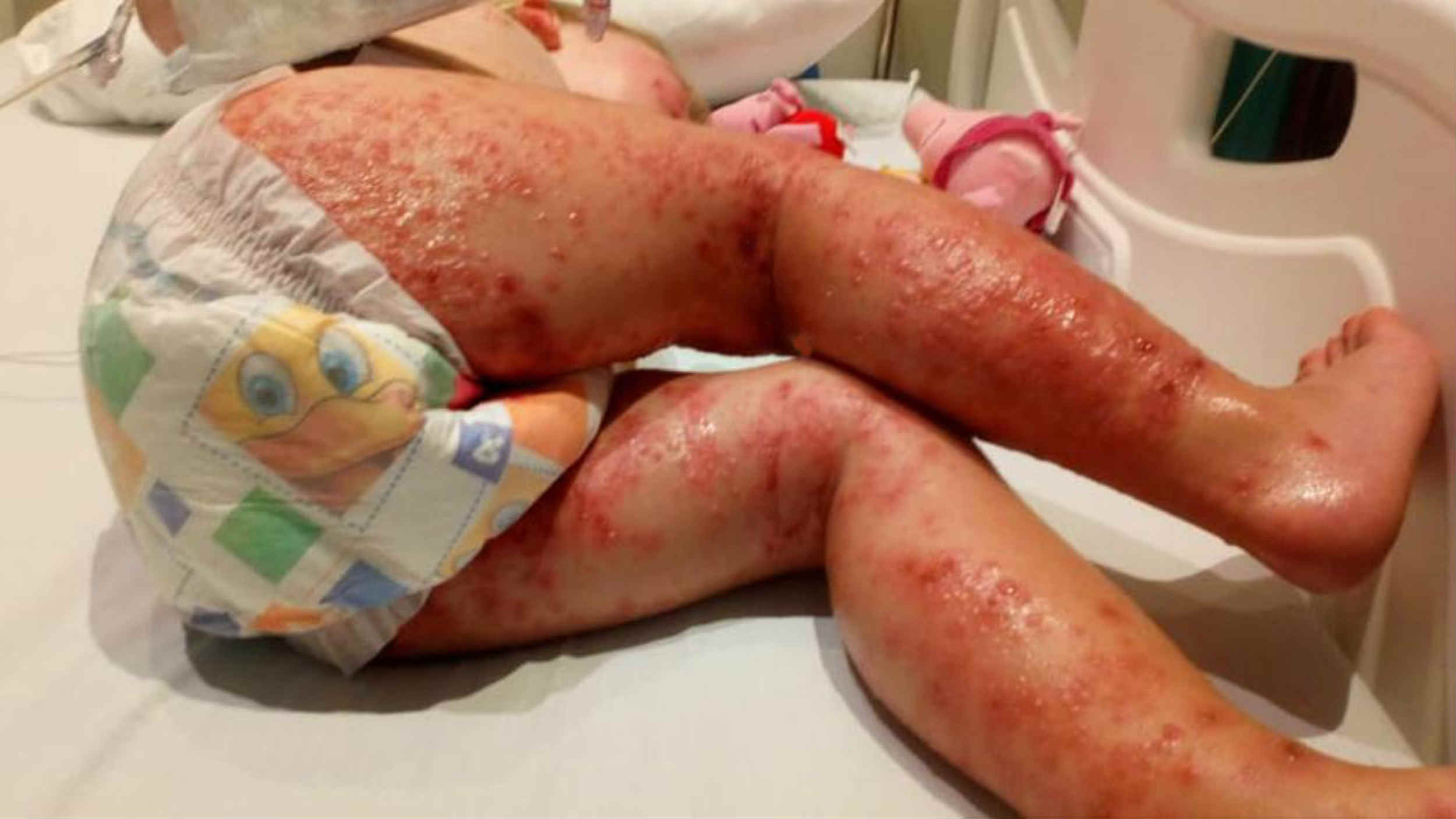 But their happy occasion turned into a nightmare when one-year-old daughter Isla-Rae broke out in an agonising rash – before her nails began to fall off.

The mum claims that when she informed resort staff, they told her the disease is "as common as the cold".

However, she says the company gave her no warning about the prevalence of the condition before they travelled.

Tracey, whose family paid about £1,400 each for the break last April, says she has decided to go public now because she feels Thomas Cook have not handled her complaint properly.

'Common as a cold'

She posted pictures of Isla-Rae clearly in agony with blotches over her left arm, with some looking particularly sore over her wrist, on Facebook.

Alongside the images, Tracey said: “Just a year since the happiest yet most frightening holiday ever.

"Thomas Cook UK said it’s as common as a cold in the Dominican Republic!

"Wish they had explained that before family & friends spent thousands to join us while we travelled backwards and forwards to hospital. Why is no one informed?"

What is hand, foot and mouth disease and who is vulnerable?

Hand-foot-and-mouth disease, or HFMD as it is better known, is caused by a virus.

Anyone can get the disease, but children under age 10 are most likely to catch it.

These viruses can spread from person-to-person through direct contact with unwashed hands or surfaces contaminated with bacteria.

Medical attention is not usually needed unless:

Now two, she says Isla-Rae still has scars from the illness.

Commenting on the post, Isla-Rae’s dad Kieran said: “Still marked skin from it though and Thomas cook didn't give a toss! Or the resort.”

Speaking today, Tracey, who works for Slimming World, explained how her little girl became poorly around a week after the wedding in April 2018.

She said: “We travelled to three different hospitals before she became so poorly that the hospital argued for hours with the insurers so they would agree to pay and let the hospital treat her.

“We were admitted and treated with no idea what with or what she had due to no one speaking English.

"A German family at the Bahia at the same time did actually mention three children being in hospital with hand foot and mouth, but we didn’t relate this to Isla-Rae.

“The Thomas Cook rep on location said unfortunately these things happen to small children over here.” 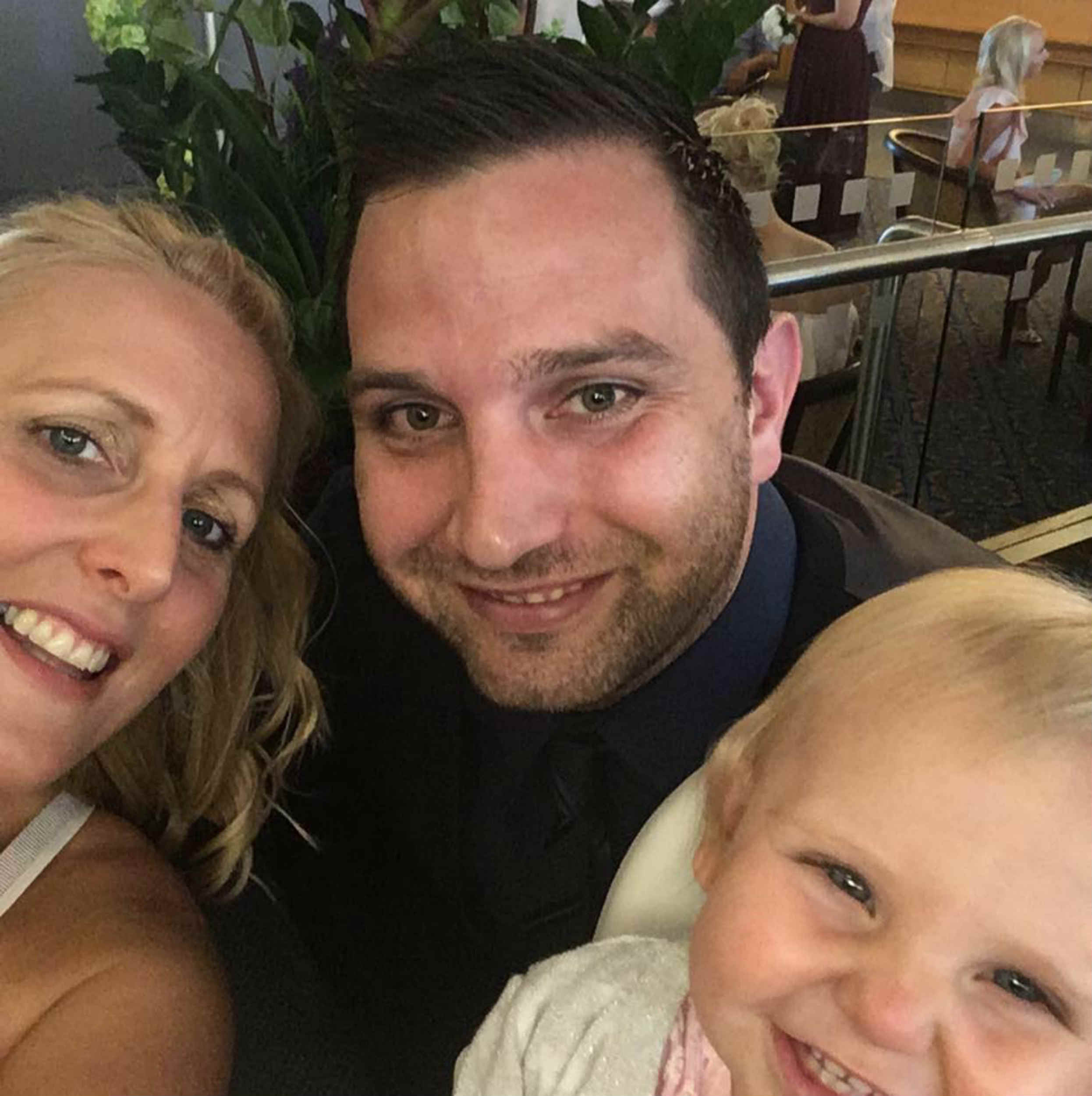 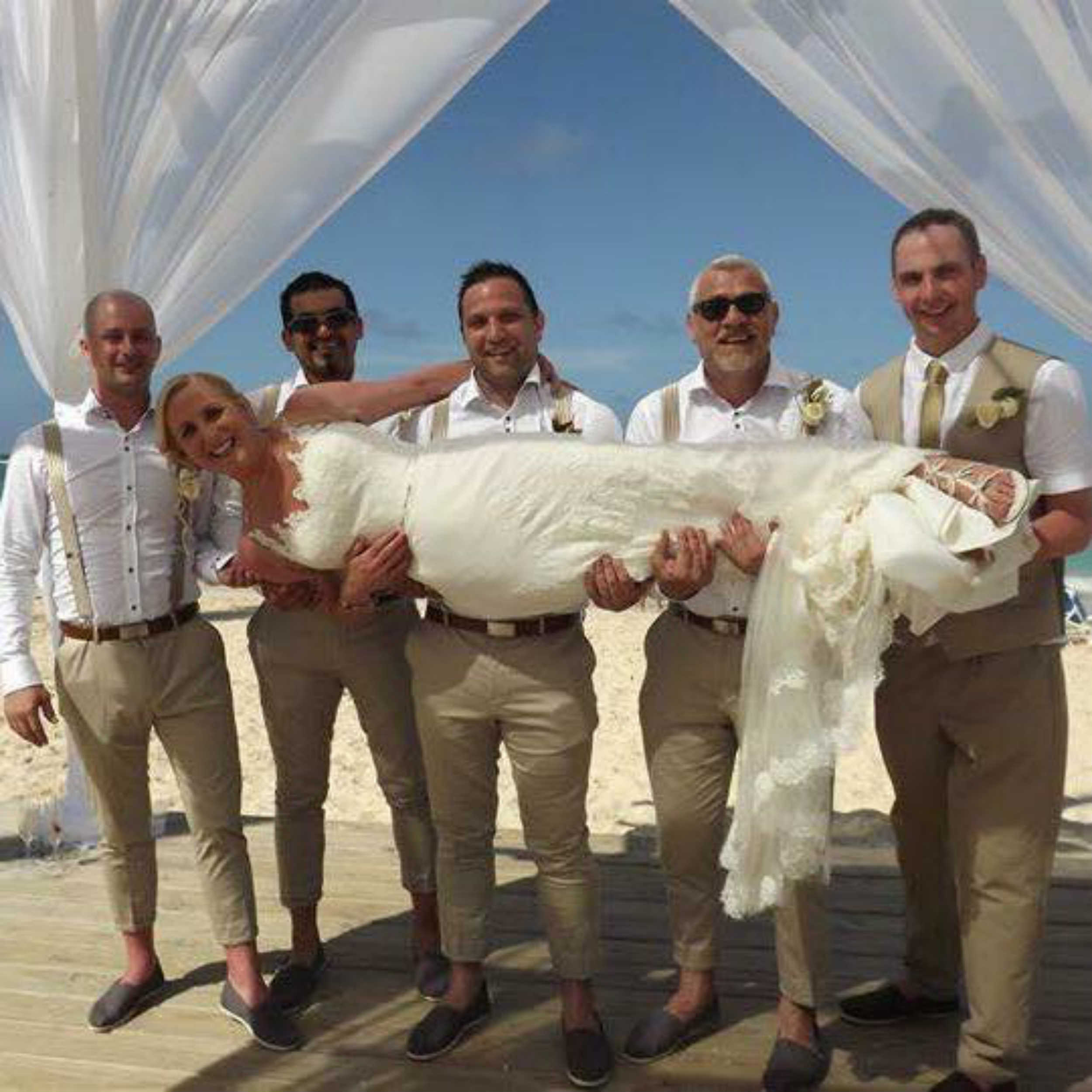 She then went on to describe what happened when the family returned home and the lack of service she claims to have received from Thomas Cook.

Tracey added: “We had numerous trips to the doctors who were unsure what she had been treated for and at this time Thomas Cook said if it was impetigo then it is just passed between children.

“Weeks later Isla-Rae's fingernails and toenails all began to fall off and when returning to the doctors we were told it had been a severe case of hand foot and mouth.

“When my husband spoke to them [Thomas Cook] regarding this they said unfortunately it is as common as a cold and when I emailed a rep to find out if there was an update, answers or even just a response from Thomas Cook they never even replied.

“I think as a company the customer service is disgusting and if they had mentioned the chances of any type of illnesses for children in the Dominican Republic we would have booked somewhere else.

“All families should be informed of all risks no matter how small.”

A Thomas Cook spokesperson told The Sun Online that the resort only had three other cases of hand, foot and mouth, which were reported in July last year.

They also added that staff arranged for food to be taken from the buffet to Isla-Rae in hospital and they were in daily contact.

The company said: “We were very sorry to hear that Mrs McCallion’s daughter became ill while on holiday and our reps did everything they could to support her and her family at the time.

"We take illness seriously and monitor all reported cases, including those which are viral such as hand, foot and mouth disease.

"We had no other reported cases at the hotel in April 2018. We have not had any contact with Mrs McCallion since last August when she told us she was seeking legal advice.” 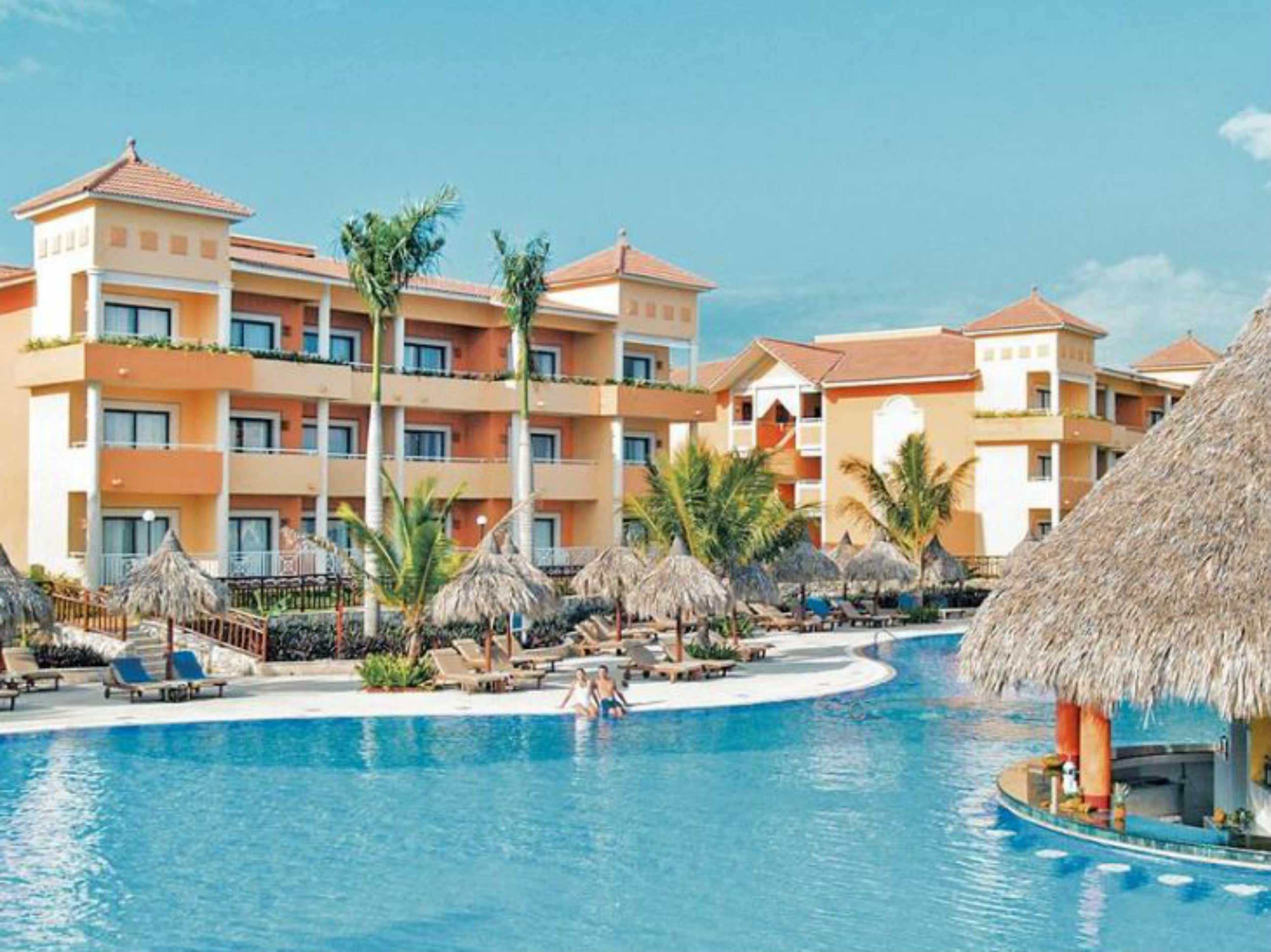