A DEVASTATED mum has told how her beloved boy was attacked in the street by a drunken stranger, leaving him with a caved-in skull and brain damage.

Nancy Shaw’s only child Joe was paralysed down one side of his body following the attack in March 2018. 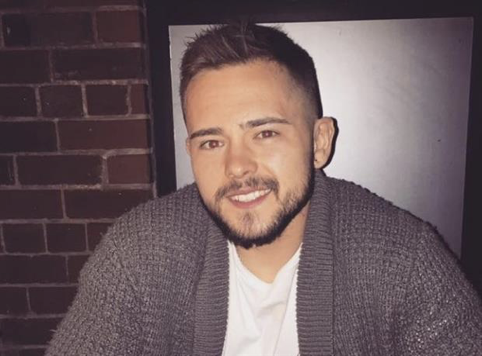 Left unable to walk, talk or swallow, one side of his skull had to be removed to ease the pressure on his brain.

But after three years of treatment and rehabilitation, this year has seen huge steps forward for 25-year-old Joe.

He had an operation to return his head to its former shape, has moved from a rehab centre into his own home, and is regaining feeling and purposeful movement in his legs. 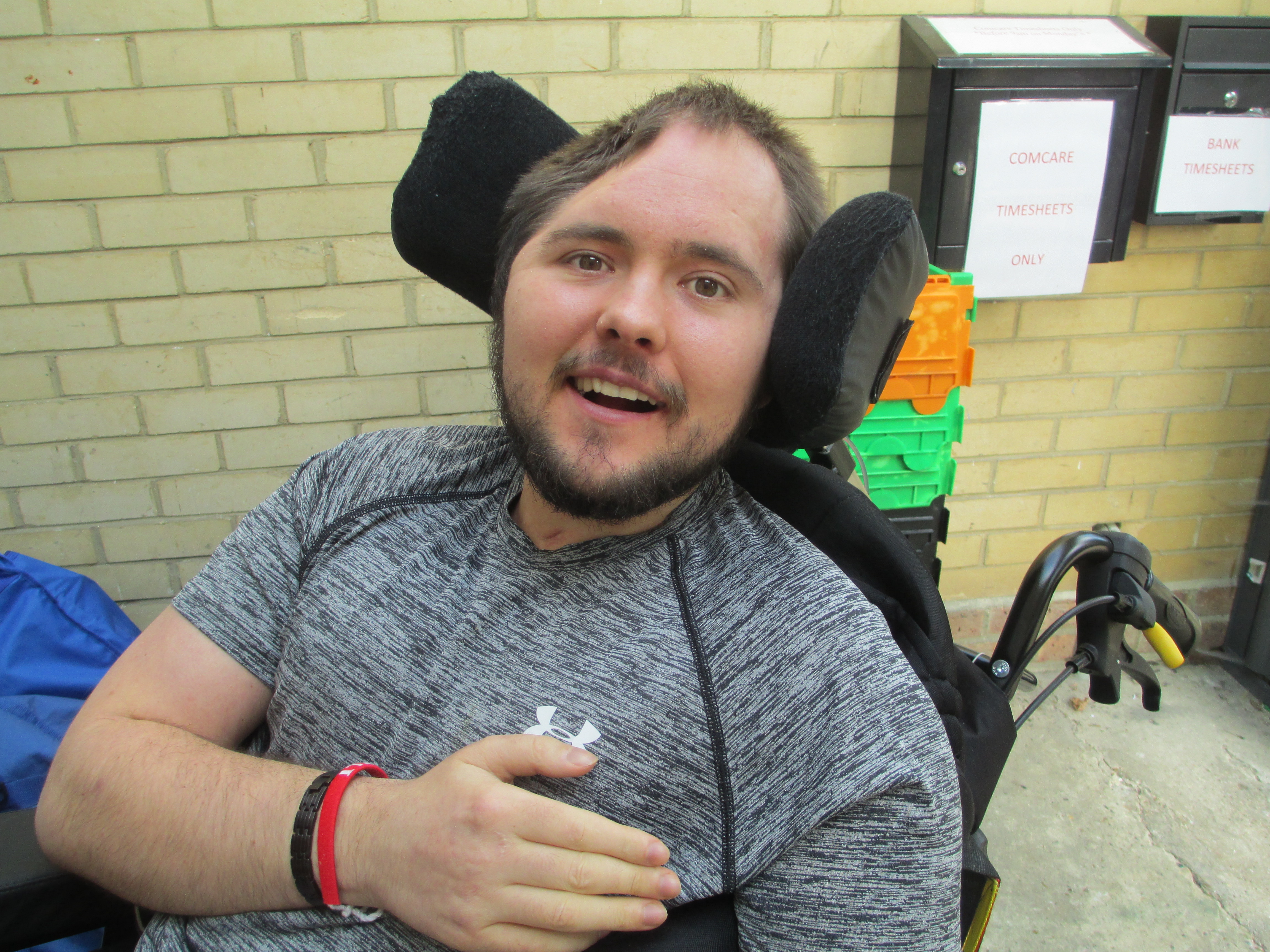 "His determination to return to a normal life is inspirational," she continued.

Despite everything Joe has been through, he remains upbeat, laughing and joking.

“His carers love working with him because of his positive energy, beautiful smile and cheeky sense of humour,” his mum added.

Nancy raised Joe as a single mum and the two were always particularly close.

In February 2016, while working as a plasterer, he went travelling to Australia.

Nancy recalled: “Every day, he’d text or call, full of excitement about the amazing new places and interesting new people he was seeing. 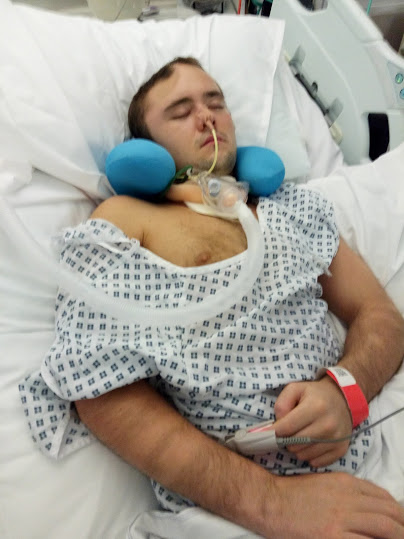 "Like any mum, I worried, while he was away on the other side of the world. But I also knew he was sensible.”

In February 2018, it was time for Joe to return home. He moved back in with his mum while making plans to tackle a course in advanced plastering, then move to London and earn cash for more travelling, this time in New Zealand.

On March 16 2018, he’d just completed a week’s work on a local building site, and was invited on a night out with his new workmates. 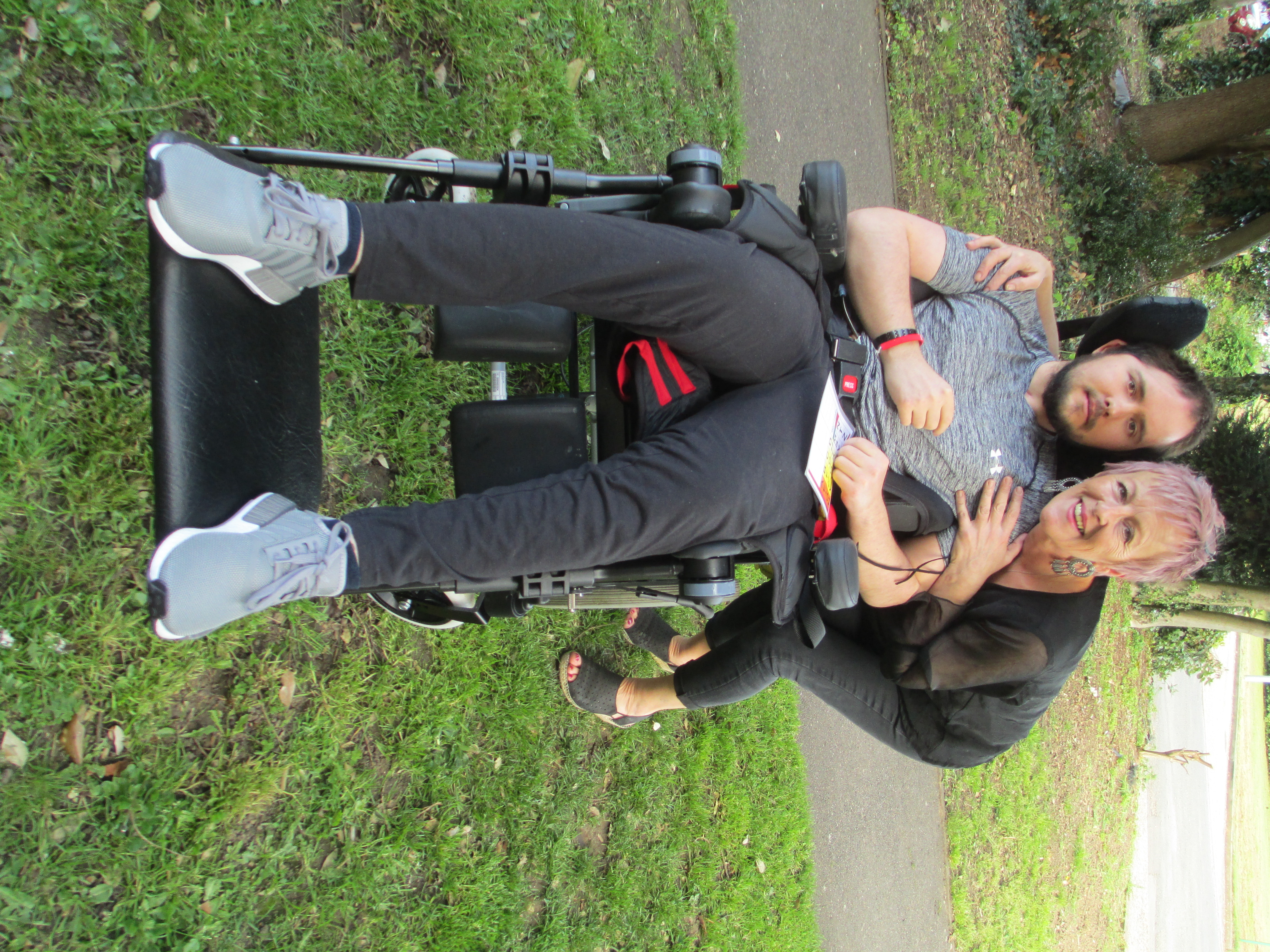 “But at 4am, I was woken by my mobile phone. It was Joe’s father, telling me: 'Joe was attacked in the town centre. He’s on his way to hospital.'

“I rushed to Queen Elizabeth the Queen Mother Hospital, Margate, where a team of doctors were fighting to save my son’s life. For two hours I wasn’t allowed to see him.”

Finally a doctor told her: “I am afraid your son is in a very bad way – his chance of survival is pretty much zero.”

Nancy was taken to see Joe in an intensive care room.

“He was in a coma on life support, wired to beeping monitors with flashing lights.

"Staff explained he had a severe head injury which needed surgery at a specialist hospital, but for the moment, he was too unwell to make the journey.” 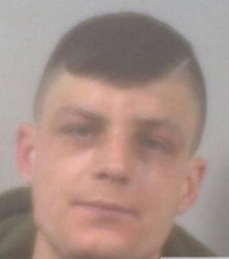 “For 14 hours he hovered between life and death, until finally he was stable enough to be transferred.”

At King’s College Hospital in London Joe had eight hours of surgery to remove the right hemisphere of his skull, to reduce the pressure on his swollen brain.

Afterwards he was left with only the skin of his scalp to protect his brain, leaving his head with a “caved in” appearance on that side.

Critically ill for five days, he remained in a coma for two weeks. But he survived.

Meanwhile, the police informed Nancy they’d arrested the man they believed attacked her son: “But I couldn’t think too much about that, for now. My only focus was on my son,” she said.

Eventually, Joe turned a corner and started to wake. But now he was paralysed down the left side of his body – unable to talk, walk or even swallow. 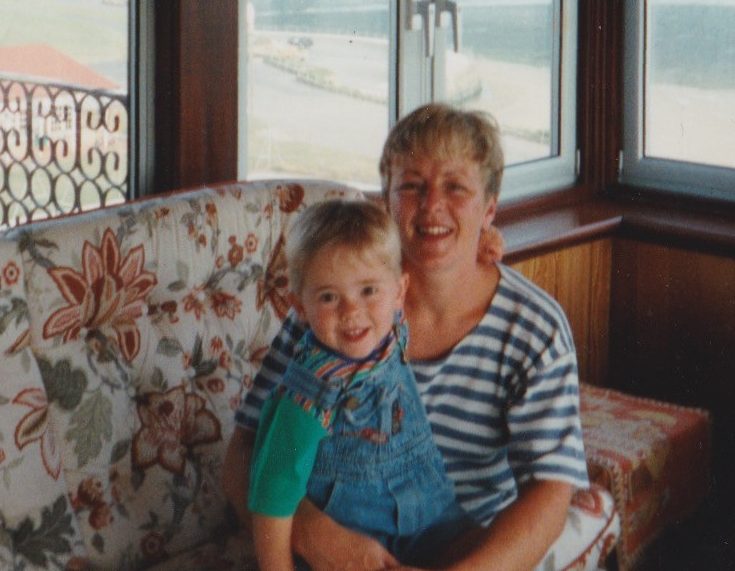 For weeks after being attacked, he was unresponsive, his condition seemingly unchanged. Yet somehow Nancy knew he was in there, waiting for the right moment to show himself. She recalled: “Mother’s instinct was telling me he’d come back to the world, when he was ready.”

And slowly and gradually, he did.

Seven weeks after the attack, he was taken off the ventilator and began breathing for himself.

Ten weeks afterwards, he could communicate by blinking for yes or no. Then he started using his eyes to indicate letters on an alphabet board, painstakingly spelling out the words he was still unable to say.

He told Nancy: “Mum, I want to get back to a normal life. I will talk and walk again.”

I want to get back to a normal life. I will talk and walk again.

She said: “I quit my job as an alternative health practitioner to spend all day, every day with Joe – I never wanted him to feel lonely. I treated him with homeopathy, flower remedies, and light pressure on his body’s acupressure points.

“At first, he couldn’t sit up, swallow properly or chew his food, but slowly those abilities returned.

“Joe was loved by so many people, for months after he was injured, I was still getting emails from well-wishers. One came from a man from Melbourne, Australia. My son met him one day at a bus stop, during his travels. 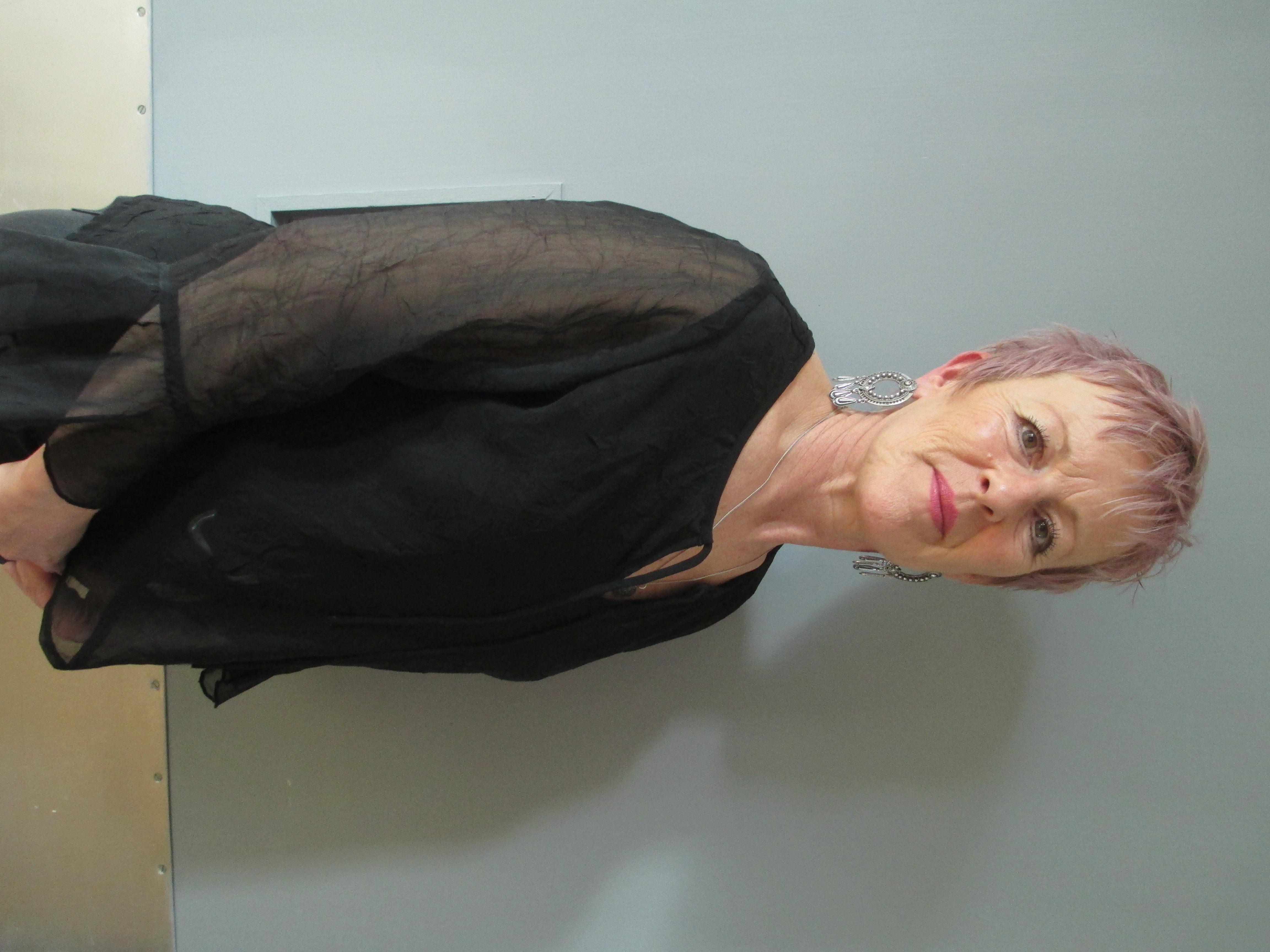 "Heaven knows how this man got to hear about the attack. But he wrote: 'Joe is such a lovely young man, he made a great impression on me. He didn’t deserve for a dreadful thing like this to happen.'"

Liam Bayliss, 24, of Newcastle Hill, Ramsgate, stood in the dock.

The court heard that on the night of the attack, he was roaming drunkenly around the town centre, looking for a fight, shouting: “I am a f***ing psycho, I will do you all.”

CCTV showed that Bayliss had tried picking arguments with a woman and a homeless man, before approaching Joe and his friends. 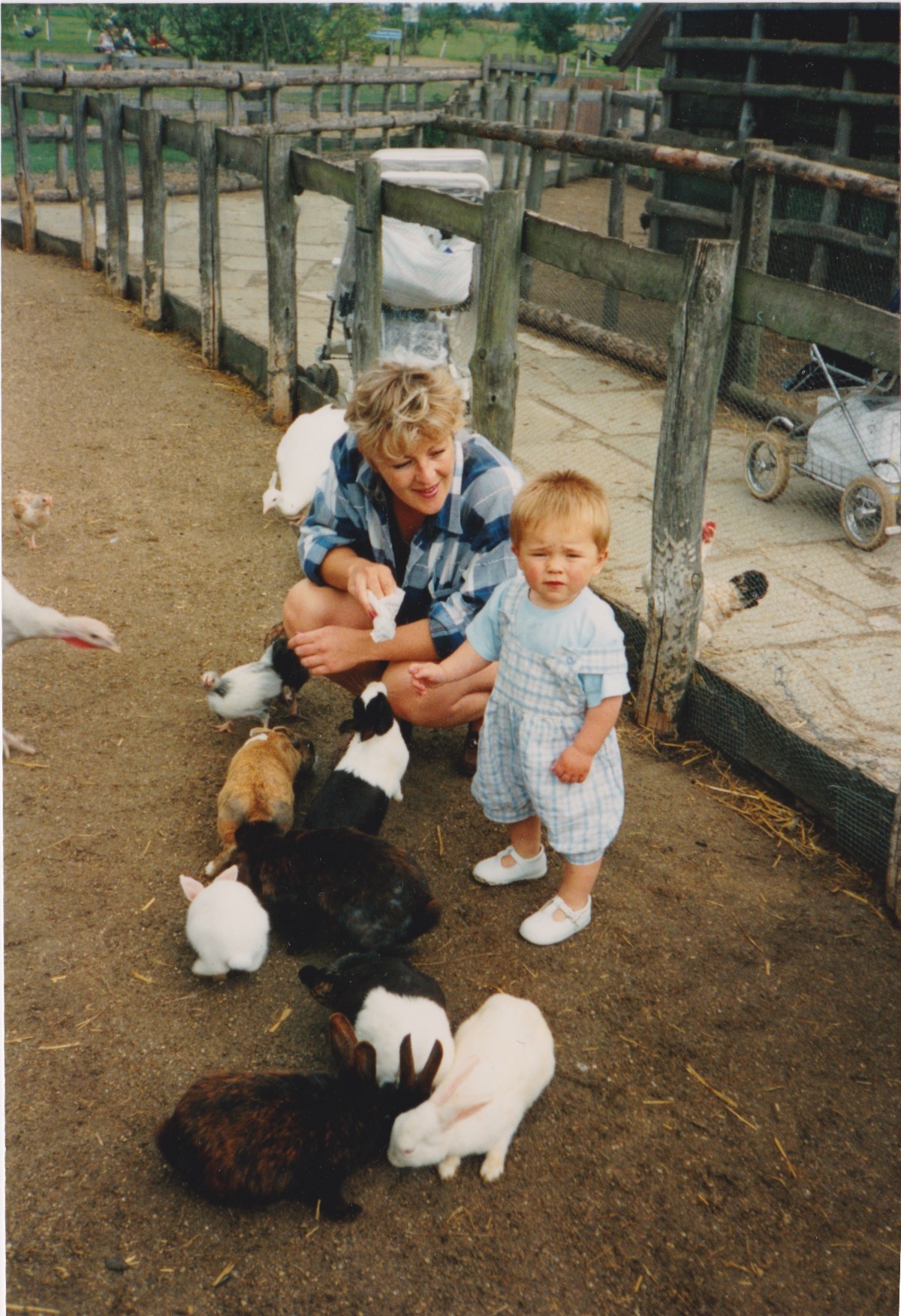 Joe was punched to the ground and knocked out.

Bayliss, who had previous convictions, was found guilty of inflicting grievous bodily harm, but cleared of the more serious charge of GBH with intent.

Judge Rupert Lowe told him: "You personify the absolute blight on British town centres when the pubs kick out. You are just the sort of person who makes people fear going out at night, or fear their children going out at night in case they come back injured or don't come back at all.”

Bayliss was sentenced to a total of four years and three months in prison.

That man's aggression and anger has ruined Joe’s life.

Nancy said: “I didn’t go to the court case – I had more important things to do, looking after Joe. All I could think was, that man's aggression and anger has ruined Joe’s life. Bayliss will eventually be out of prison and resume a normal existence, while my son will spend his days dealing with the consequences of that man’s actions.

“But mostly, I don’t give that vile man much thought.

“Joe is a person who prefers to focus on the positive side of life, and I try to be like that, too.”

Each new step forward in her son’s gradual recovery was something to celebrate. 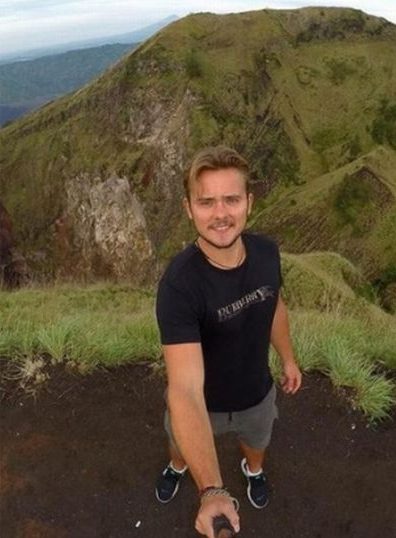 Like when he began speaking again – simple words and phrases like: “Hello, how are you.” Or when he was able to clean his own teeth for the first time since the attack. Or when he managed to feed himself again.

Nancy continued: “My son’s always been a hard worker, too, only these days he was working on his recovery. And he was getting results.”

By the beginning of this year, Joe had regained much movement in his hands and arms, and while he was still using the letter board, now he spelled everything out that he wanted to say, using his right index finger.

On April 16, 2019, he had surgery to insert a titanium shell into his head, to protect his brain on the right side and restore his head to a normal shape. After the op, to his doctors’ delight, he began to regain feeling and movement in his legs. 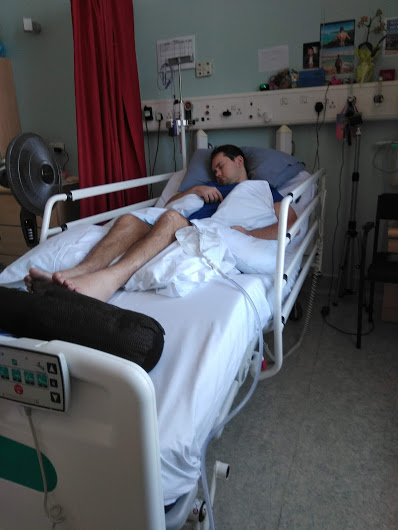 In August 2019, he was finally able to leave the rehabilitation centre and move into his own home – where he lives on his own, with 24-hour care.

He goes to the gym most days to work on his strength, and also has regular physiotherapy and hydrotherapy.

Nancy finished: “Today Joe and I are closer than ever.  The way I see it now, his job is to get better, and my job as his mum is to help him, every way I can.

“Looking back on how things used to be, I remember worrying non-stop about my boy when he went travelling around the world. Yet he came home safe and sound. Then immediately he got home he was attacked and almost lost his life, in our own backyard. 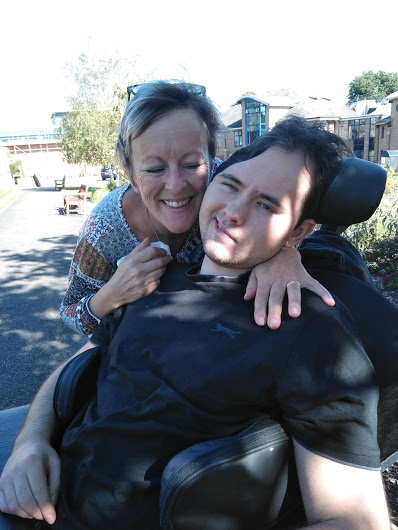 “But even after everything Joe has been through, he remains a delight to be around. He is still cheerful, charming, with a cheeky smile – the nurses and carers who come into contact with him, just fall in love with him.

“Like everyone, he has his occasional down days, when he feels angry about the way his life has changed, through no fault of his own. But usually he is positive, always laughing and joking. He is such fun to be around.

“I’m so proud of how far he has come, the things he has achieved and the man he has become. And I know he will go on to achieve even more.”

Joe, 25, added: "I have been on a journey that I wouldn’t wish on my worst enemy. Now I want to start blogging about my life. I will have full control of what is being written but my mum will be the writer for me.

"Mum and me are very close. Without her I wouldn’t be here today. Thank you, Mum.”

One of Joe’s carers, Vicki Holden, is crowd-funding to pay for the extensive physiotherapy he needs to regain his speech and his mobility. You can donate to Joe’s fund here.

Sadly Joe isn't the only one to have undergone dramatic surgery. This mum revealed the devastating impact a near-fatal car crash had on her lad.

In more real life news mum-of-one Devon Brown, 26, from Wigan endured months of controlling behaviour at the hands of her jealous ex.

And this woman nearly died in a car crash – but her best pal supported her in the worst way.