Paula Abdul looked breathtakingly gorgeous at Paris Hilton’s wedding on Nov. 11. The former ‘American Idol’ judge was among the A-list stars to attend the Bel-Air ceremony.

Paula Abdul dressed to the nines for her pal Paris Hilton’s wedding to Carter Reum on Nov. 11. The 59-year-old singer and dancer attended the star-studded event in a ruffled burgundy jumpsuit. Paula styled her hair in a gorgeous up-do, while some of her curls stayed down on either side of her face. In one photo, the former American Idol judge could be seen proudly waving to the cameras while entering the ceremony, which took place in the Bel-Air neighborhood of Los Angeles, Calif. 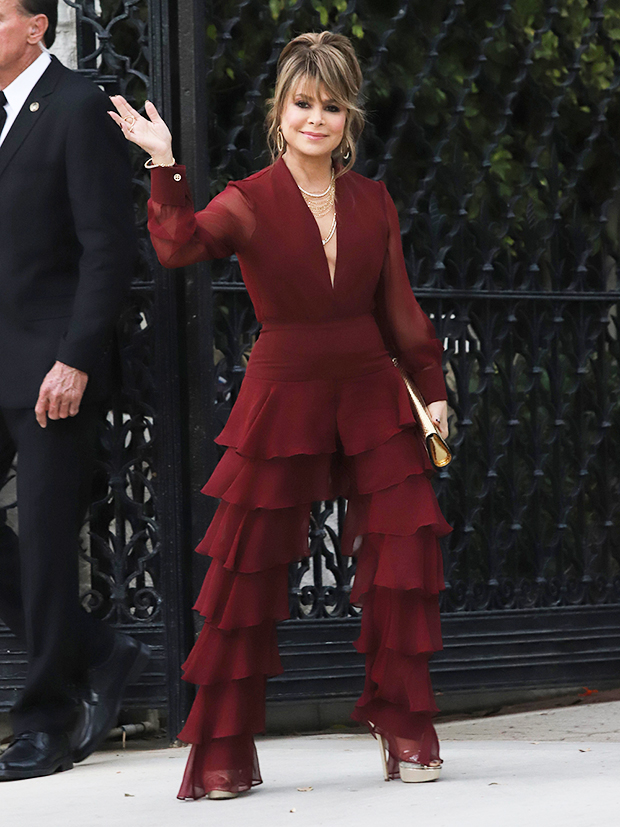 Paula had lots of accessories that went along with her wedding look. The “Dance Like There’s No Tomorrow” songstress wore several gold and silver necklaces around her neck, as well as stylish gold earrings. Paula also had gold jewelry on both her wrists, which matched her clutch purse. As for the footwear choice of the night, Paula wore silver heels that gave the superstar a significant height boost for the event.

Paula was one of many A-list stars to witness Paris, 40, say “I do.” Emma Roberts, Bebe Rexha, Ashley Benson, and Rachel Zoe all attended the event to support their socialite friend. Of course, Paris’ parents Kathy and Richard Hilton were there, as was her sister Nicky Hilton and aunts Kim and Kyle Richards. The wedding is rumored to be a weekend-long affair, with events continuing on Nov. 12 and 13, as well. 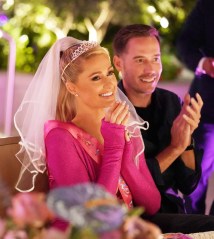 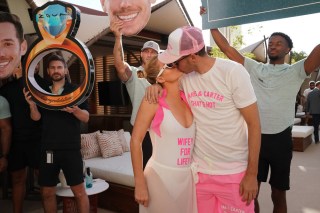 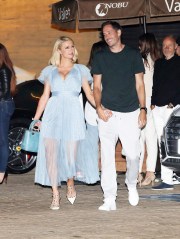 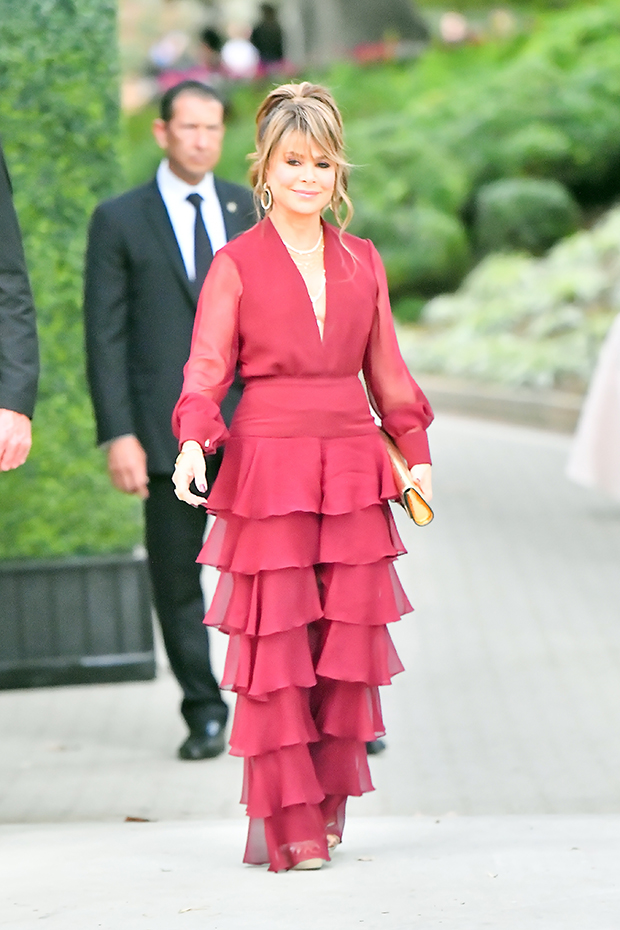 Paula and Paris have been friends for years. In August, Paula supported her famous friend by attending the launch event for Cooking With Paris, which is the socialite’s new cooking series on Netflix. Paula wore a black and gold mini dress at the event, and paired the look with a black blazer, black fishnet stockings and copper heels. She swept her brunette tresses back into an up-do and was all smiles as she proudly posed alongside Paris for pictures.