Princess Margaret was a jewellery lover, and wore a fabulous collection right up until her death in 2002. The Queen’s sister loaned pieces from the royal collection, but also had an impressive personal haul.

It is from this part of her jewellery box that the bracelet comes.

The antique diamond bracelet was made by Garrard, and was given to Margaret for her 21st birthday.

She clearly loved the piece, and wore it often throughout her life.

In fact, her fondness for the item is even more apparent when the fact that she didn’t remount it, as she did with much of her jewellery, is taken in to account. 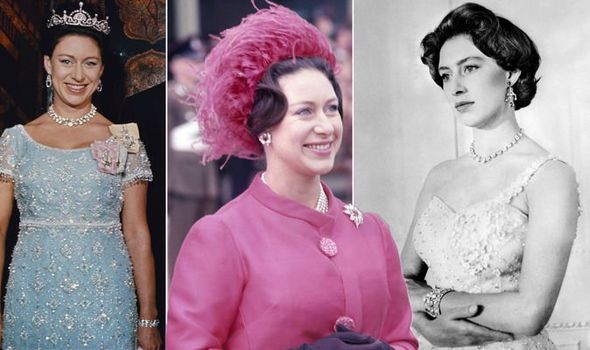 The bracelet has floral clusters of old-cut and rose-cut diamonds, surrounded by royal blue enamel.

The jewel was originally made in 1842 by T.S Dismore & Son, but in 1951 it was re-boxed by the former crown jeweller Gerrard and inscribed with “crowned M” and “21” for the Princess’s birthday.

The name of the seller has not been revealed, with Sotheby’s only revealing it comes “from the collection of a gentleman”.

The bracelet reappeared in 2017 at an auction at Boningtons in Epping, Essex.

This was alongside 12 other royal pieces from the Christie’s sale with each accompanied by a wax-sealed Certificate of Provenance from Kensington Palace.

This is not the first time Margaret’s jewellery has been up for sale.

In 2006, a raft of treasures were sold via Christie’s by her children to pay for the £3million inheritance tax bill. 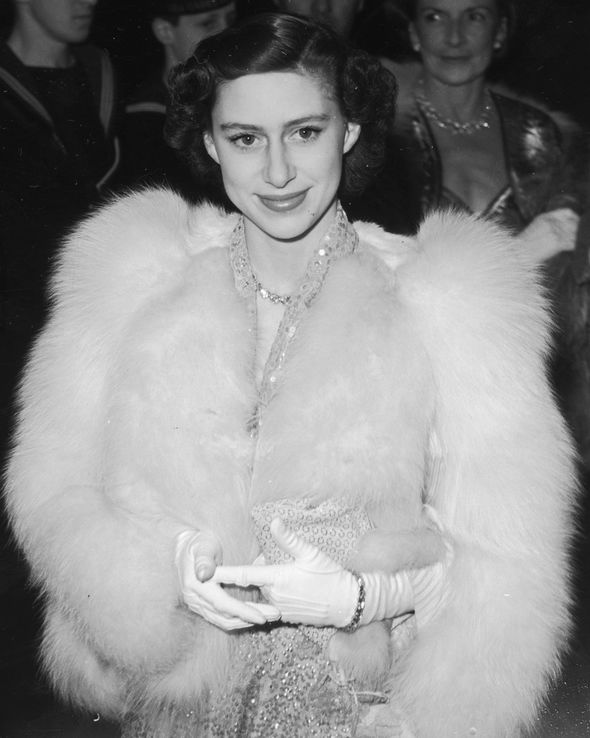 Most famously, the Poltimore tiara, which Margaret wore on her wedding day and throughout her life, sold for £926,400.

The tiara gets its name from the original owner – Florence Bampfylde, Lady Poltimore.

It was made for her by Garrard around 1870, and she wore it to the 1911 coronation of King George V.

Lady Poltimore’s grandson, the 4th Baron Poltimore, auctioned the tiara in 1959 and Princess Margaret snapped it up for just £5500.

Margaret announced her engagement to Antony Armstrong-Jones in February 1960, with their wedding taking place in May of that year.

Margaret wore the Poltimore on her wedding day, and continued to step out in it throughout her life.

The image was taken by Armstrong-Jones, but he kept it under wraps until 2006, four years after Margaret’s death.