Princess Maria Laura of Belgium, 34, travelled to the Cathedral of St. Michael and St. Gudula in Brussels after her civil wedding for the church ceremony. What was the Belgian Princess’ wedding dress like?

This was paired with the Savoy-Aosta Diamond Tiara.

“The corset and neckline are inspired by fashionable women of the 18th century and the fabric that drapes over the shoulders, drapes and falls from the hip is reminiscent of ancient Greek statues,” Verhoosel added. 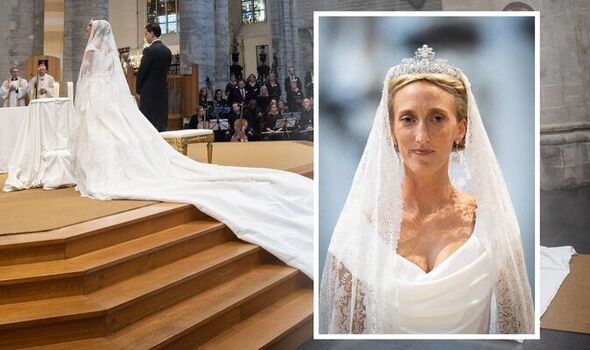 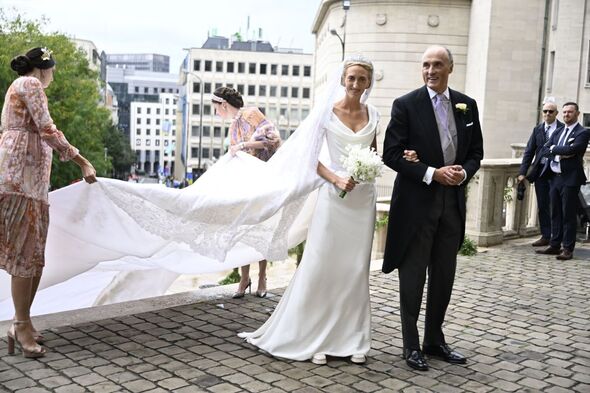 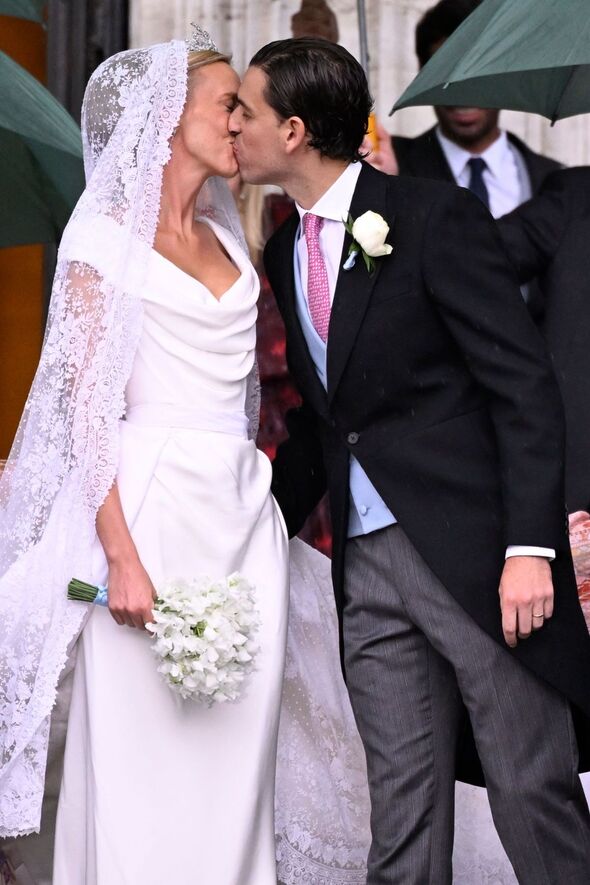 The dress was short-sleeved, showing off Maria’s toned arms.

The Princess’ diadem, the Savoy-Aosta Tiara, is set in platinum and features floral and scroll motifs in its design.

This tiara was first worn at a Belgian royal wedding in 1960 with the nuptials of King Baudouin and Queen Fabiola of Belgium.

Maria’s mother, Princess Astrid of Belgium, wore the tiara for her nuptials to Prince Lorenz of Belgium in 1984.

In recent years, Astrid has been wearing the piece exclusively, at events ranging from state visits to royal weddings.

But now she appears to have loaned the sparkler to her daughter for her special day.

Among the guests at Saturday’s nuptials of Maria Laura and her groom, who is French and British, was the bride’s father Prince Lorenz of Belgium, and mother, Princess Astrid of Belgium. 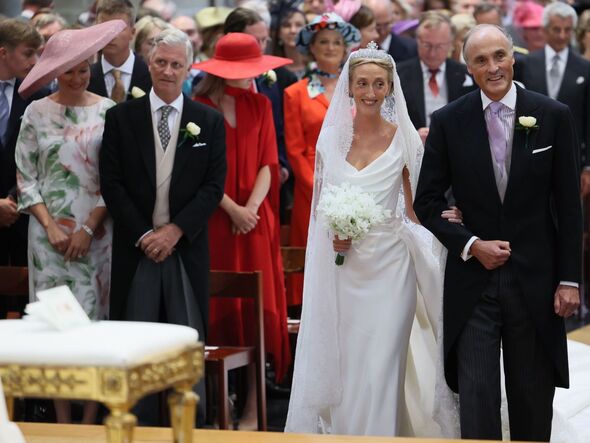 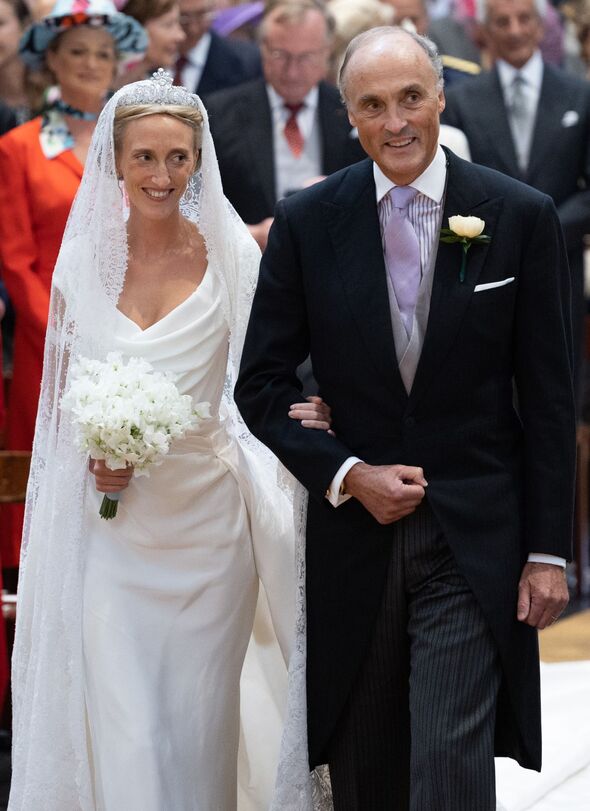 Princess Astrid is the daughter of Albert II, who was the country’s reigning monarch from 1993 to 2013.

As Mr Isvy is Jewish and the Princess is Catholic, the ceremony incorporated both traditions.

She paired her Gucci mini dress with white leather mid-heel pumps with a Horsebit from the same brand.

This wedding was held in an intimate circle with only close relatives present.

In comparison, the Belgian monarch King Philippe and his wife Queen Mathilde both attended the church ceremony.