It’s that time of year when celebs serve bawdy and face!

The biggest and brightest stars will make their way to the 2019 BET Awards on Sunday, June 23. What’s more? Fierce femmes like Lizzo, Cardi B and H.E.R. (to name a few) are set to perform during the awards ceremony. Presenters include Lena Waithe, Taraji P. Henson, Yara Shahidiand more. But before the highly-anticipated awards show kicks off, we’re taking a walk down fashion memory lane.

When it comes to the star-studded show, no design is too risqué or over-the-top. If anything, bold and electrifying fashion pieces are encouraged at the BET Awards.

To see the glitz, the glamour and the larger-than-life ensembles that have hit the red carpet over the years, scroll through our gallery below. From Destiny’s Child to Rihanna to Monica, these celebrity ‘fits made it on our list of the greatest BET Awards looks of all time. 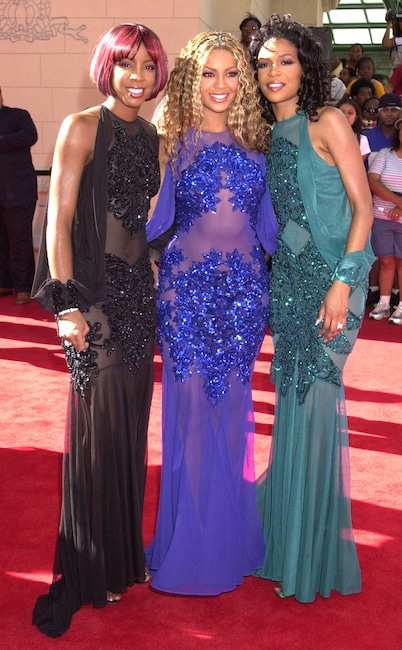 The iconic female group graces the red carpet at the 2001 BET Awards in jaw-dropping ensembles that complement each other. From the rhinestone-adorned bodices to the sheer hem and peek-a-boo shoulder sleeves, these are some lewks. 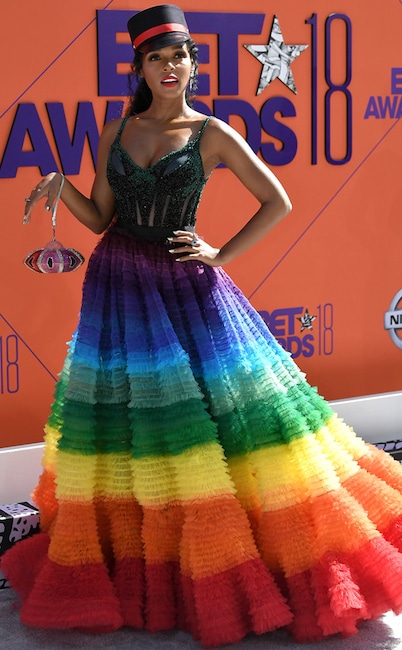 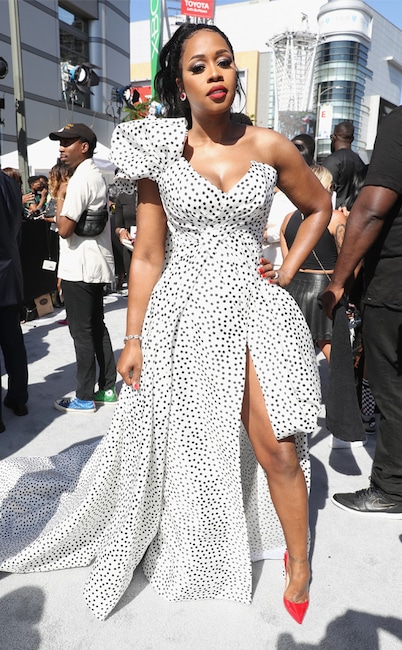 X marks the spot for the legendary rapper, who shows off her “Melanin Magic” in a custom Karen Sabag polka dot dress. The red lipstick, nails, heels and earrings make the outfit pop! 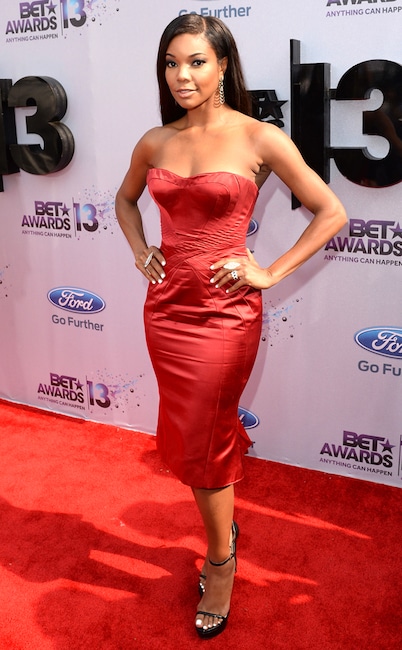 Red hot, hot hot! The Being Mary Jane actress sizzles on the red carpet in her strapless cocktail dress by Zac Posen. 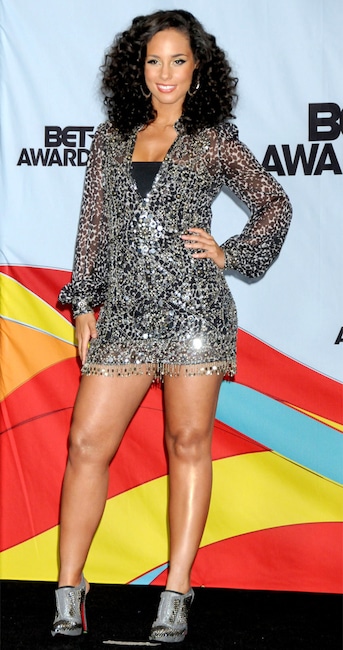 The brunette beauty brings the glitz and the glamour to the 2009 BET Awards with her flashy mini dress. 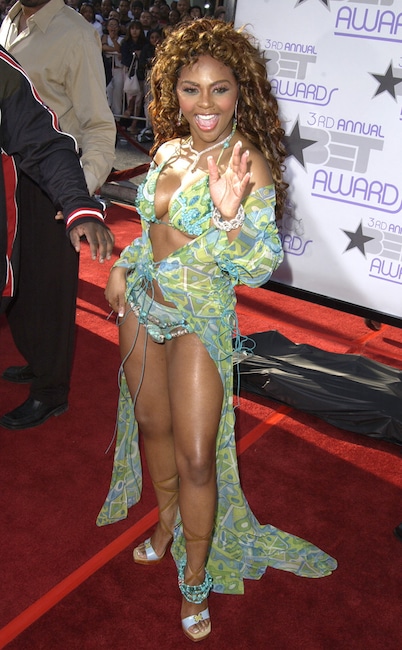 Always one to push the boundaries on the red carpet, the legendary rapper makes everyone green with envy in this daring get-up. 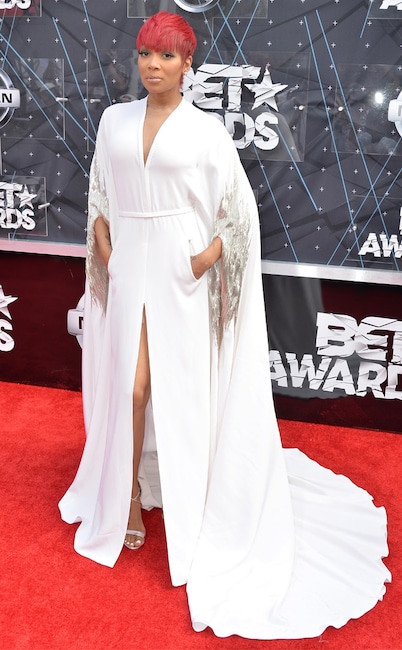 A vision in white! The legendary singer dazzles in a belted cape gown by Stéphane Rolland. The silver sequins details and her fiery red hair add a pop of personality to her ensemble. 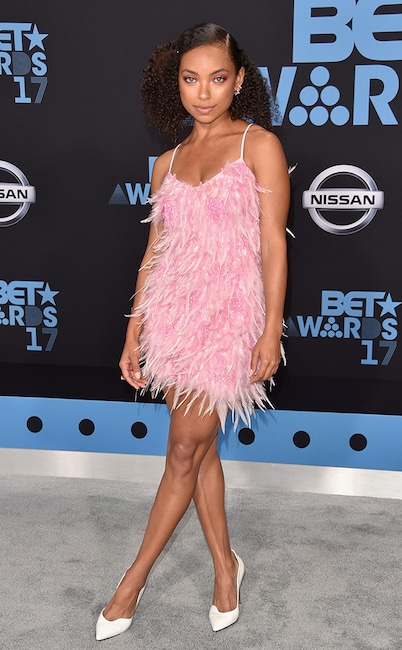 The Dear White People actress looks absolutely stunning in this pink feathery mini dress from LeiLou by Alex Dojčinović. Her soft glam makeup and white-hot heels tie the fun and frilly ensemble together. 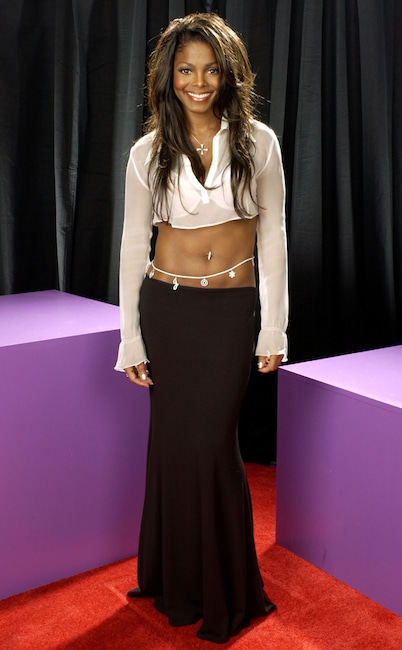 The iconic singer-songwriter leaves the basique attire at home and opts for something a little more risqué at the 2002 BET Awards. Doesn’t this outfit remind you of a nightclub version of her 1995 MTV VMAs look? 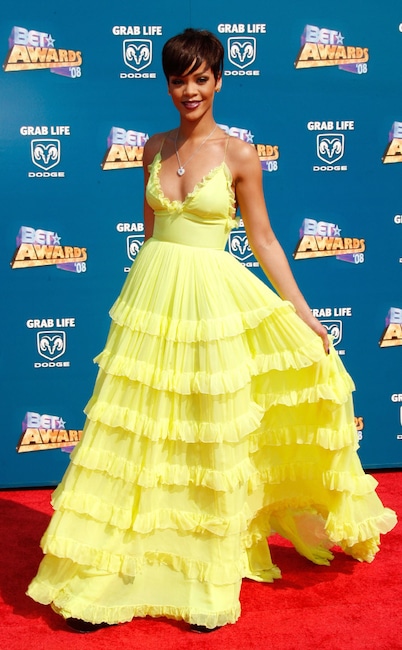 The Fenty Beauty founder dazzles at the star-studded ceremony with this bright-yellow Giambattista Valli gown, which features fun billowing ruffles and spaghetti straps. 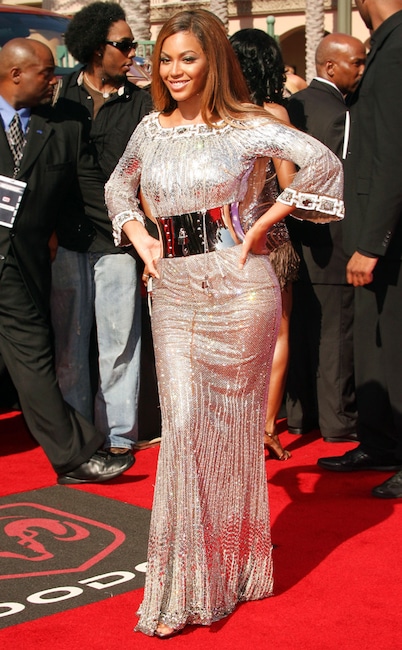 The “Formation” singer shines brighter than the flashing camera lights at the 2007 BET Awards. She sizzles in a curve-hugging Dolce & Gabbana gown and accessorizes with a huge mirror-like belt. 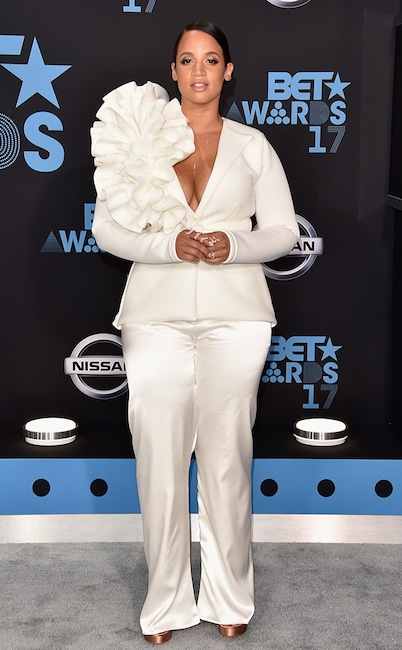 The Orange Is the New Black actress skips the big, flowy gown and wears something more eye-catching. She wears white silky pants with a chic blazer that features larger-than-life ruffles. 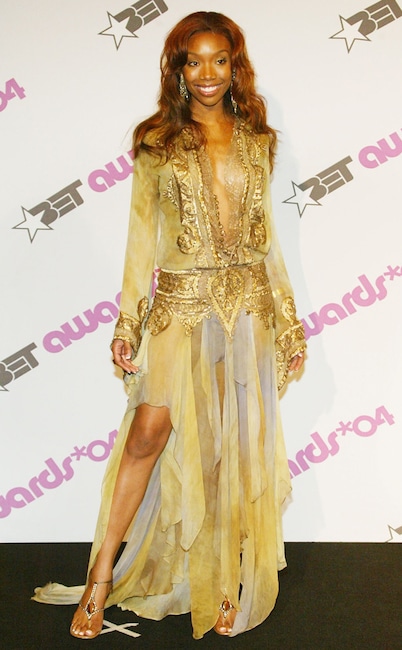 The 40-year-old singer makes the red carpet her runway in this fun bronzy bohemian-style dress. 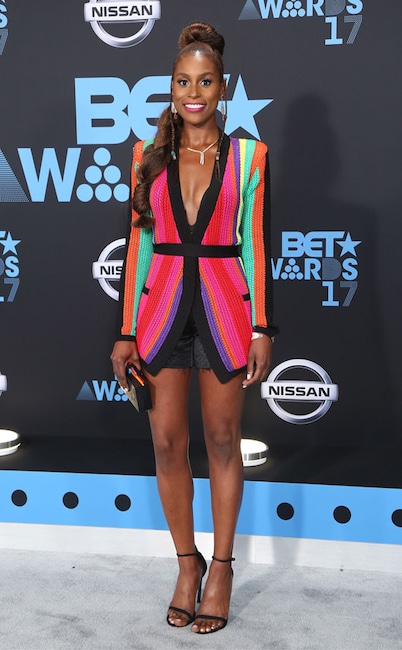 The Insecure star brightens up the red carpet with her colorful Balmain open-knit blazer, black-fitted shorts and matching heels. 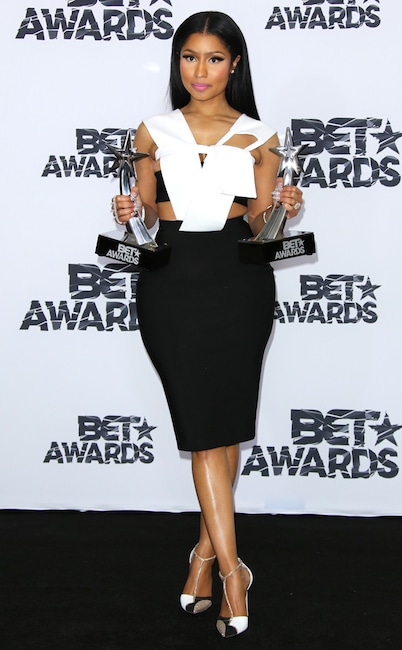 While this is one of the 36-year-old rapper’s more understated ensembles, she looks effortlessly elegant in this black and white dress. The cut-out design takes it up a notch and gives it that Nicki edge. 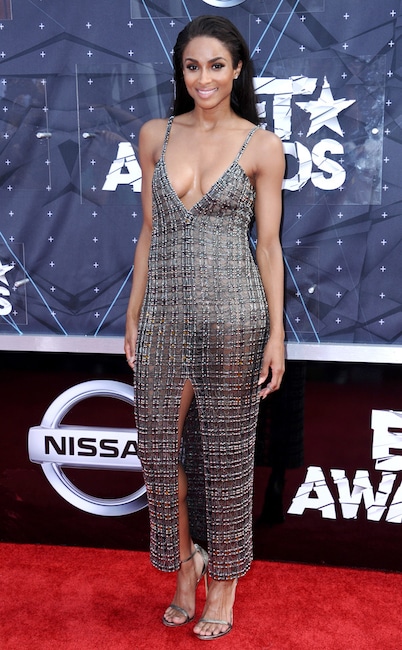 Silver siren! The “Level Up” singer-songwriter sizzles in a gunmetal slip dress by Wes Gordon. 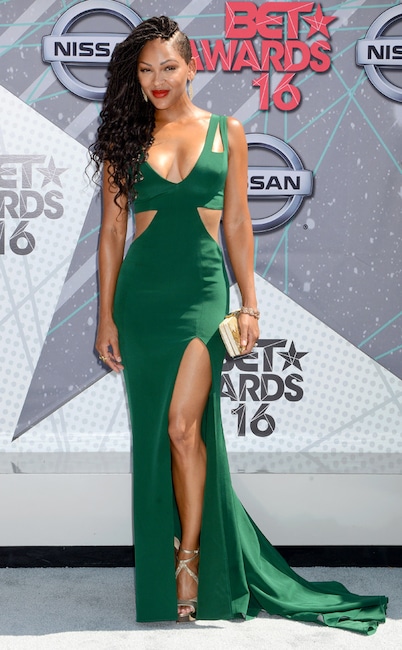 Green with envy—Meagan stuns in this daring ensemble, which features a plunging neckline, a thigh high slit and extreme cut-outs. She wears an eye-catching emerald gown by Lorena Sarbu, Bavna earrings and Le Vian bracelets.

Want more fashion coverage from the star-studded event? E! has you covered come Sunday, June 23. The show airs at 8 p.m., so get your snacks ready!