A DOTING wife has revealed the sweet reason she takes a bite out of her husband's packed lunch every day – and the "adorable" gesture has left hearts broken.

Tracy Howell, from Texas, explained on Facebook that she has made her man's lunch every day throughout their 41-year marriage. 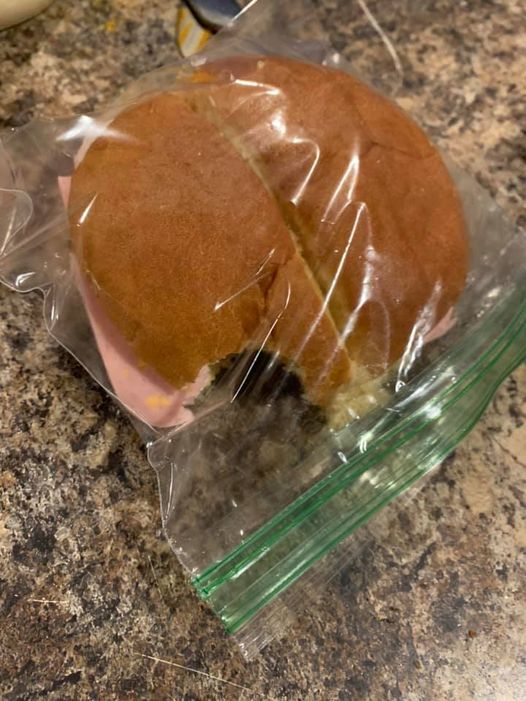 The loving wife posted a snap of the nibbled bread roll in a zip-lock bag and said the bite symbolises her having "lunch with him" while he's at work.

Her post has since gone viral with people all over the world praising the woman for the sweet gesture and many saying the pair have a "role model marriage."

In the post, Tracey wrote: "Clifford and I have been married almost 41 years and I have made his lunch every working day since day one.

"On occasion I would join him on the job site and have lunch with him. He made the comment once that lunch tasted better when you share it with someone you love.

I told him that since I couldn't join him for lunch, I took a bite so he knew I was joining him.

"Soon after that, while fixing his sandwich one night, I took a bite out of it before putting it away."

She continued: "When he got home (long before cell phones), he commented that someone took a bite out of his sandwich.

"I told him that since I couldn't join him for lunch, I took a bite so he knew I was joining him.

"I continue to do this frequently (unless it's tuna or pimento cheese), and he still says, 'saw you joined me for lunch today and it sure was good'." 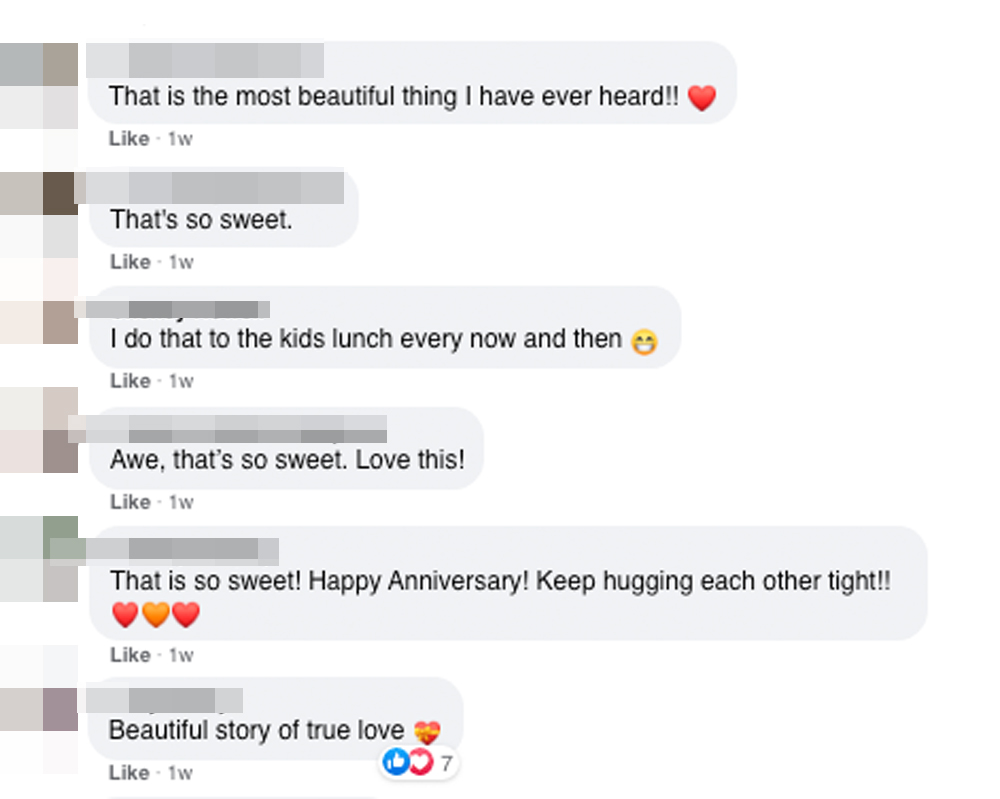 The adorable post has racked up more than 23k likes since she shared her story on Facebook earlier this month.

Thousands of people have commented saying they appreciate the simple but sweet gesture, and have congratulated Tracey on her long and happy marriage.

"That is so sweet. I just love this," one woman wrote.

While another added: "I can see how your love has stayed strong for 41 years, happy anniversary."

"That's the most beautiful thing I've ever heard, " a third said.

That's the most beautiful thing I've ever heard.

And a fourth chimed in saying: "'This is so special. You have a role model marriage."

She wrote: "I am amazed, shocked & humbled all at the same time over my post that has gotten so much attention. I remember the next day it had 5 shares and I thought 'why in the world would someone want to share that post'

"I forgot about it until someone that evening told me it it was up to 151 shares. That was when I became shocked and amazed. I actually laughed out loud at it." 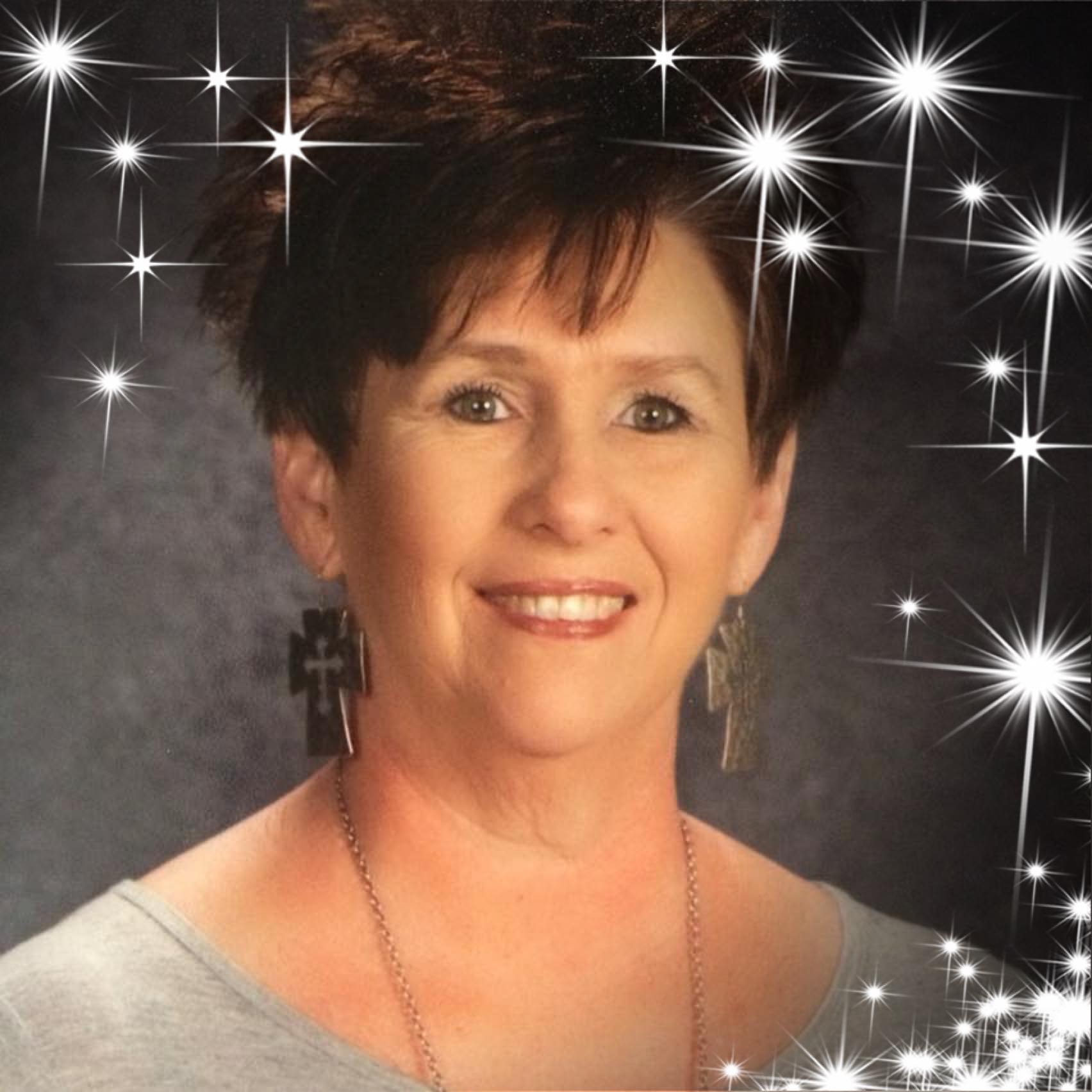 Tracey said she's been receiving some of the "sweetest private messages" from people from all over the world and that she's tried her best to reply to all of them.

She continued: "The only thought that comes to my mind when I fix his lunch and 'take a bite of his sandwich' is how much I love him.

"About as much thought as he puts into a phone call in the middle of the day when he tells me 'he just needs to hear my voice' or a little note we leave for each other here and there from time to time."

And added: "We probably tell each other a dozen times a day that we love each other. We never wanted the other to 'assume we loved them. We don't go out of our way, it's just as natural to us as brushing your teeth."

We also shared how an organised mum preps a week’s worth of school lunches for her family-of-five & reveals trick to keeping food fresh.

Plus a mum sparks concern after putting ‘cigarettes’ in her eight-year-old daughter’s lunchbox.

And a proud mum shows off bulging lunchbox packed with wraps, crisps and fruit for her toddler daughter.