Home » Fashion » Woman stunned to find Harry Potter book bought for £1 is worth £30k – do YOU have any hidden treasure on your shelf?

FOUR daughters have been left stunned after a Harry Potter book their late mum bought from a school fete for £1 turned out to be a rare first edition – worth £30,000.

The former primary school teacher, who died of breast cancer aged 44 in 2005, was passionate about encouraging her children to read and filled the house with books. 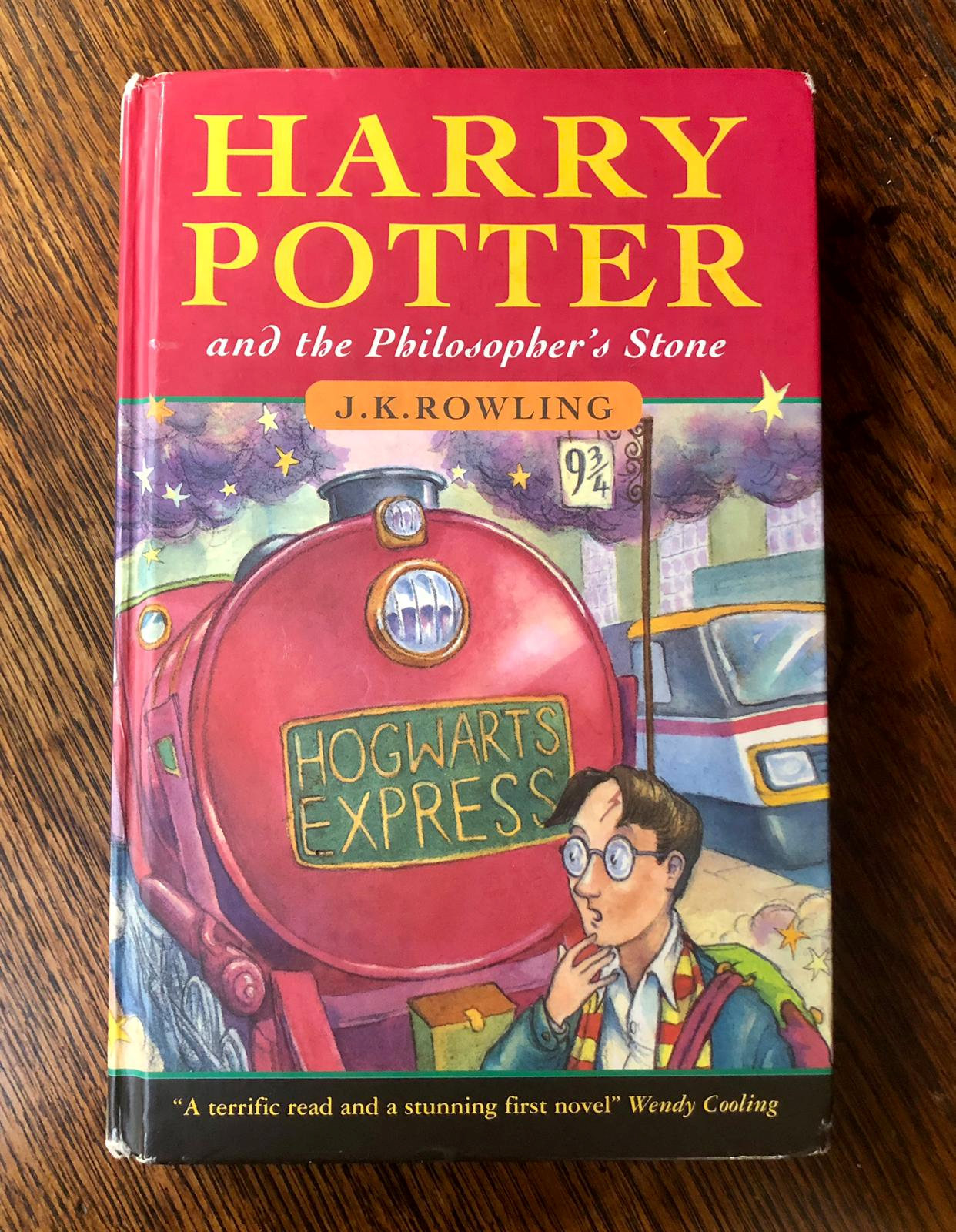 But little did she know that a copy of Harry Potter and the Philosopher's Stone, bought around 20 years ago, would potentially net her kids a windfall following her death.

The girls have now discovered their mum unwittingly left them an inheritance gift worth tens of thousands of pounds after the book turned out to be one of only 500 ever printed.

It will go under the hammer at Hansons Auctioneers in Staffordshire where it is expected to fetch between £20,000-£30,000 – but could make much more.

The woman's 31-year-old eldest daughter, who does not wish to be named, said the book had been gathering dust on a shelf since their mother died 16 years ago. 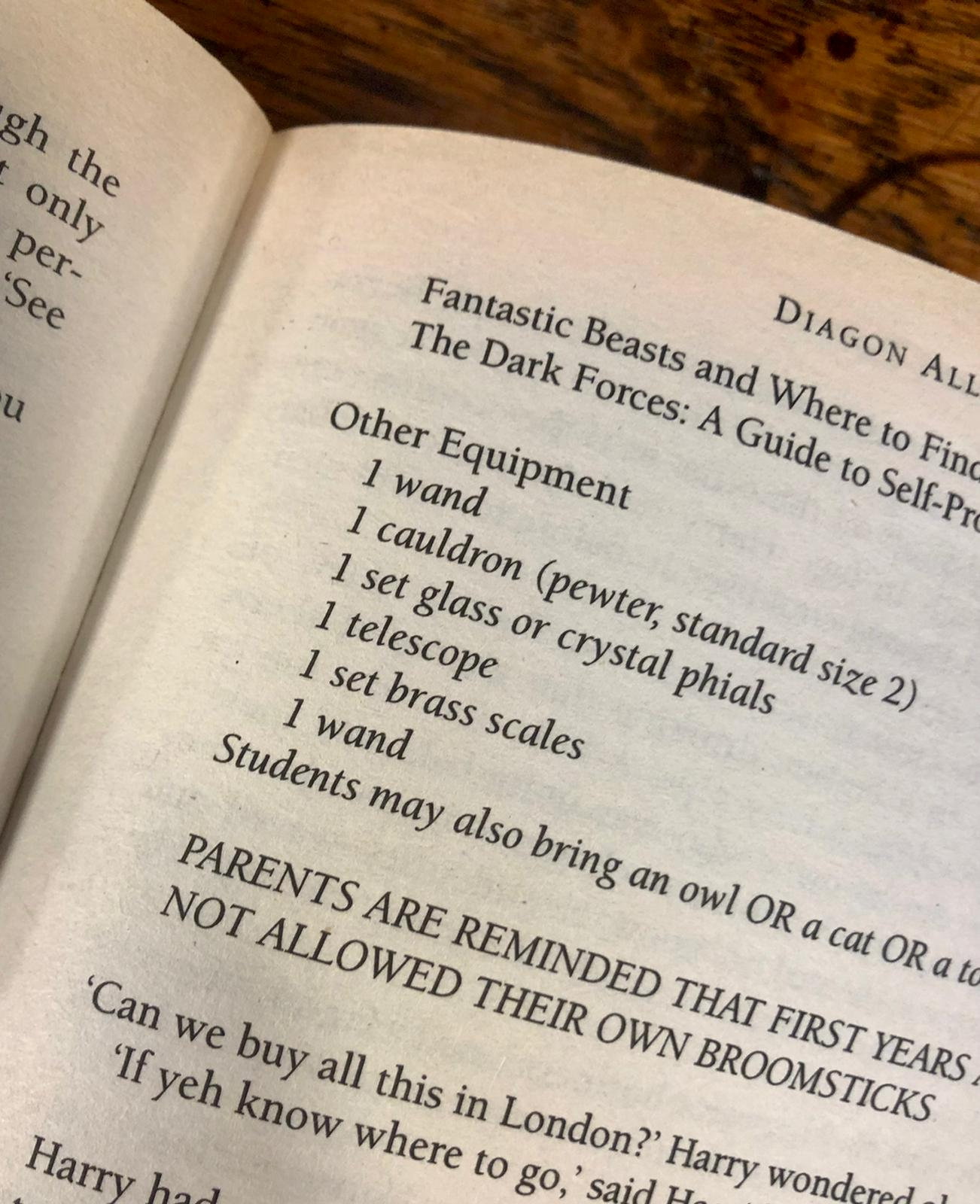 She said the money made from selling the "heaven sent" gift will be split between the four daughters as part of their "lovely mum's legacy."

The council worker from Burton-upon-Trent, Staffs, said: "The book, which has been gathering dust on a shelf for years, is a Harry Potter first edition.

"I couldn't believe it when Hansons Auctioneers confirmed it was genuine and told me the estimate.

"It was like one of those moments on TV's Antiques Road Show.

"When mum bought the book all those years ago, I would imagine for no more than £1, she would have had no idea it would end up being so valuable." 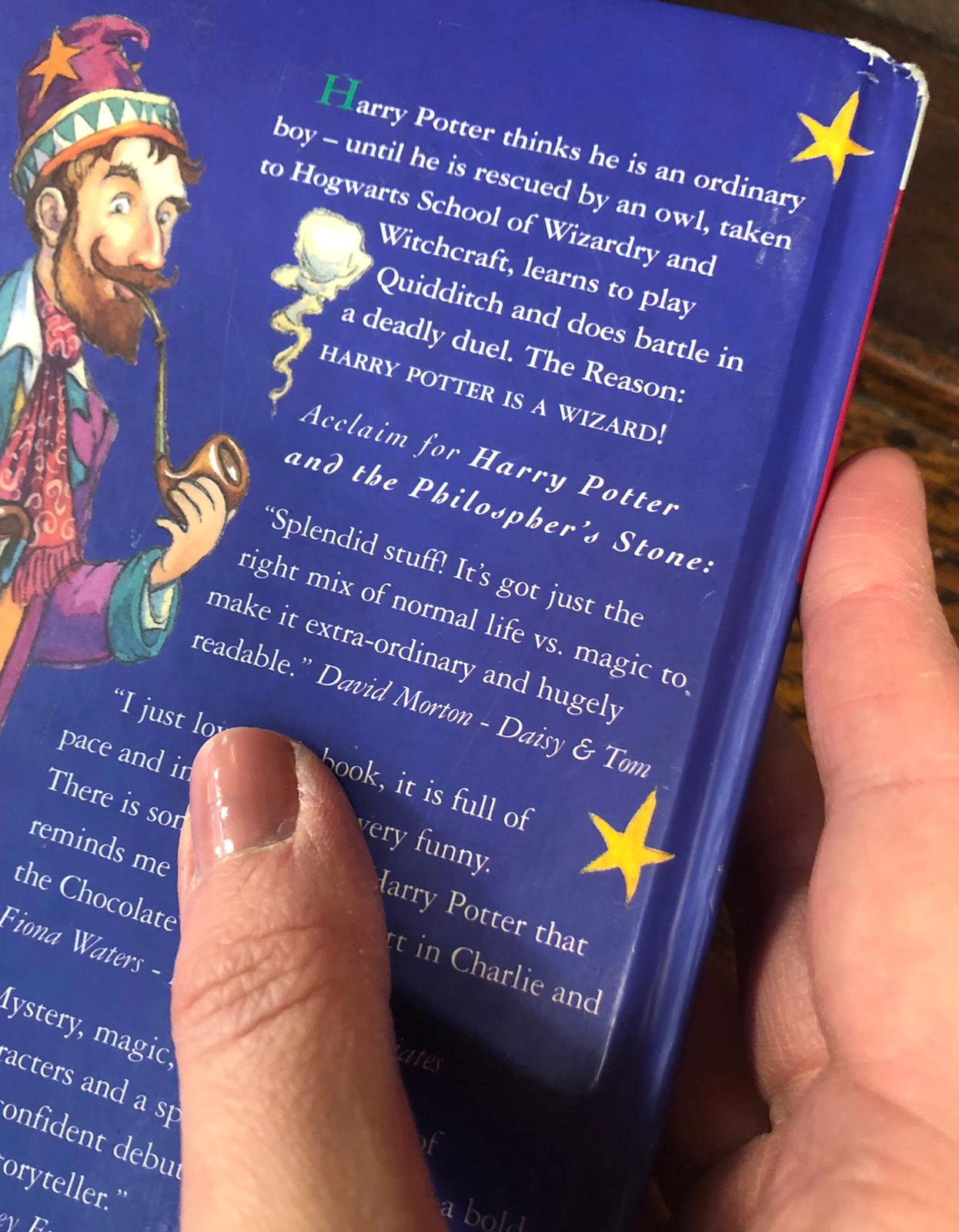 The hardback copy is from the first print run in 1997 and is described as being the "ultimate Potter collector's item".

The seller added: "Mum has left us a fantastic gift thanks to her passion for books and her determination to encourage us to read. She loved books.

"There was always one by her bedside. I remember a study in our home being filled floor to ceiling with books.

"She made us look after them too. We always had to put them away. Consequently, it's in pretty good condition even though we all read it.

The family said they realised they might be sitting on something special shortly before Christmas. 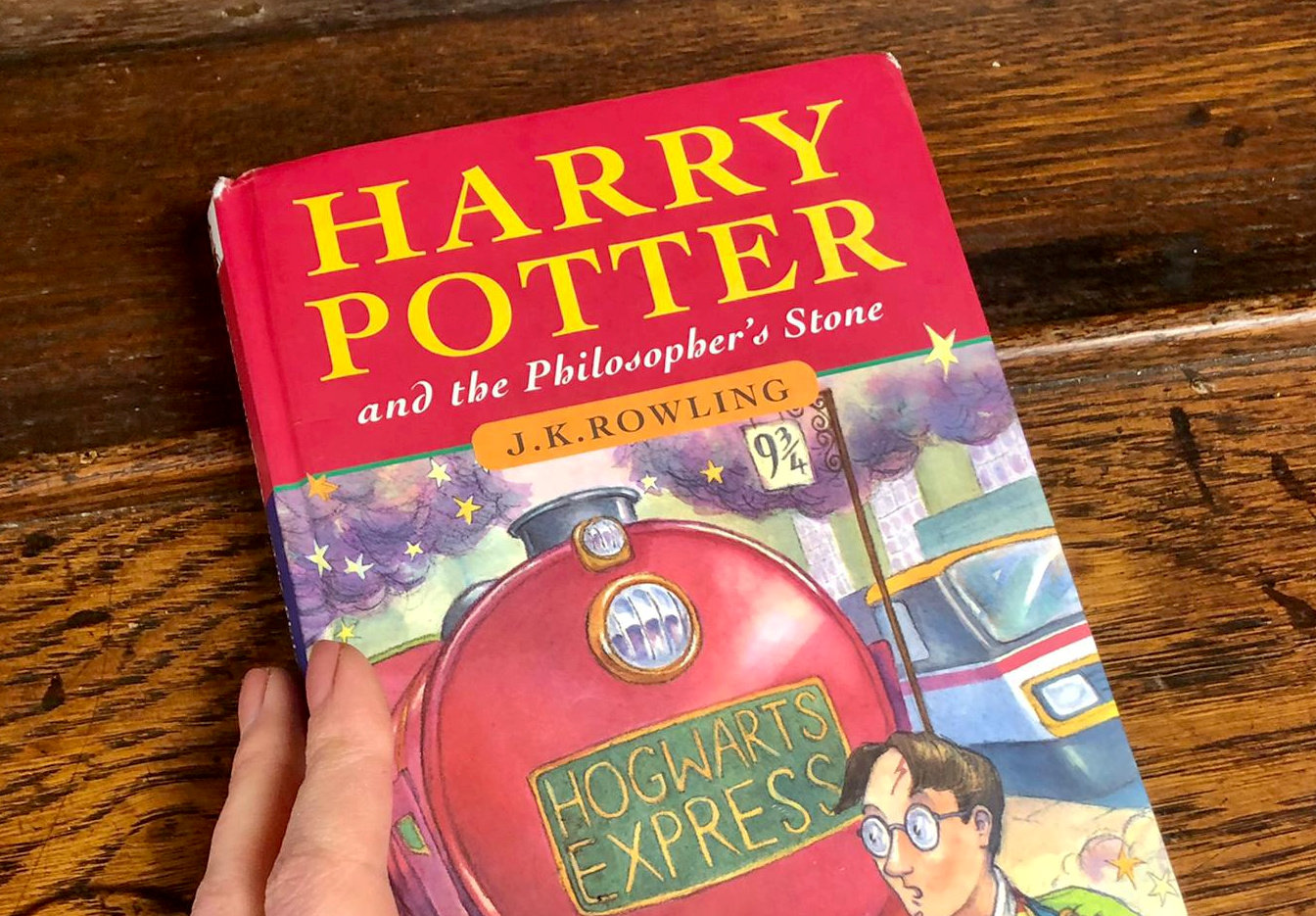 The daughter, who works for Staffordshire County Council, added: "The book was on a shelf at my dad's house in South Derbyshire.

"Dad had seen a couple of news stories about Potter first editions selling for a lot of money and started Googling and printing off the information to show me.

"Dad gave me the book and said, 'I think it's time for you to have this, the book might be valuable'.

"She bought the book at a fete at Ravenstone County Primary School, near Coalville, in Leicestershire, we think just before it closed in 2003.

"They must have been having a clear out.

"It's been on a book shelf ever since. No one will read it again and it's gathering dust, so we decided it's time to sell it to someone who will appreciate it.

"It's a lovely legacy for mum. The money will be split between four sisters and will be much appreciated, especially by my youngest sister who is only 21." 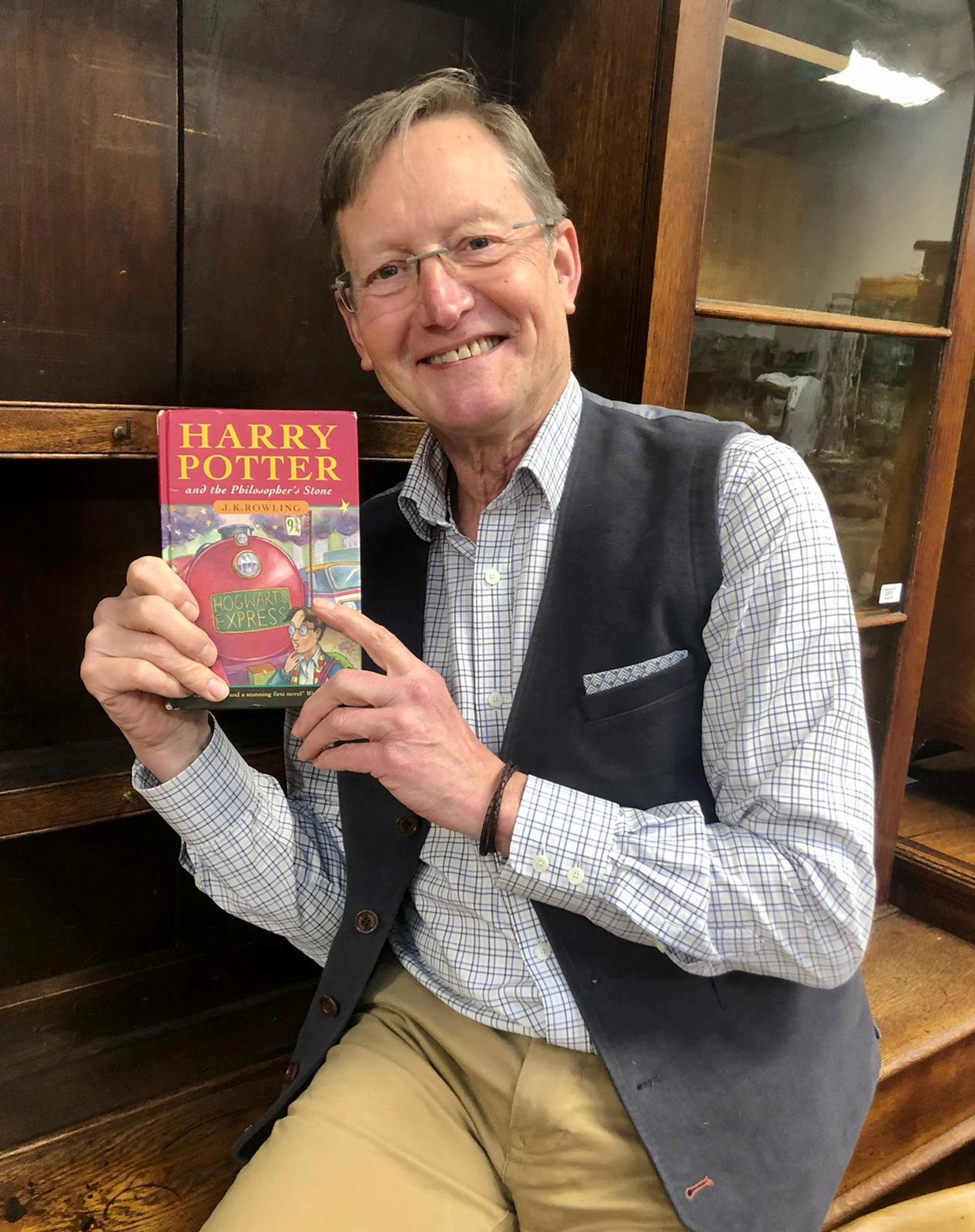 "The sale of this book is a delightful way to remember a Derbyshire teacher who did everything she could to help her daughters and whose time was cut short far too soon.

"I'm looking forward to making some magical memories at auction."

The Harry Potter book is due to be sold in Hansons' Hogwarts Auction at Bishton Hall, Staffs., at a date yet to be confirmed.

Previously, a mum transformed her grubby cupboard under the stairs into an epic Harry Potter-themed movie room.

And these are the 10 most valuable books that could make YOU a fortune – including Harry Potter.