A VIDEO on TikTok has gone viral after a woman decided to surprise her partner.

The woman named Niki Bayat, shared how she wanted to surprise her long-distance boyfriend by dressing up and pretending to be an Amazon delivery person. 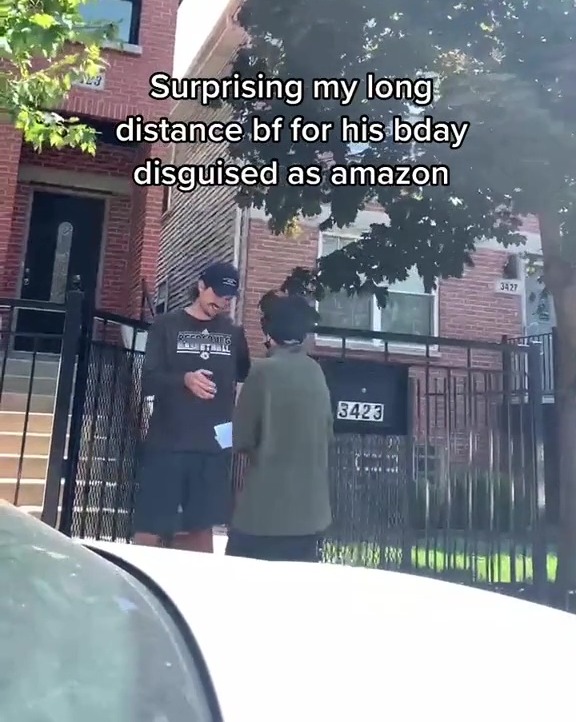 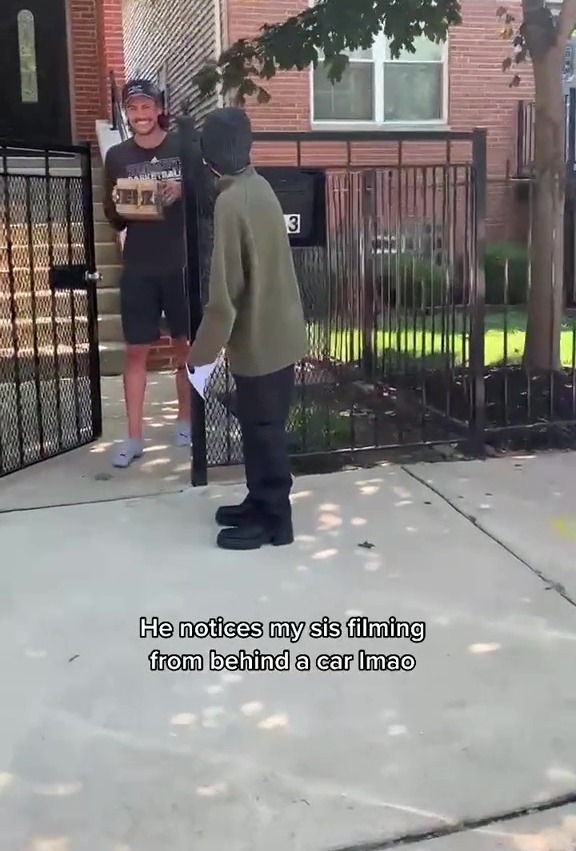 The video has now been viewed over 15 million times and she said she wanted to surprise him for his birthday.

Niki, who lives in Boston, wears a full disguise for the encounter, which she got her sister to film as she lives close by to her boyfriend in Chicago.

The couple have been together for over a year, and Niki knew he would laugh about the whole thing.

In a separate video, she said: "I knew he would think it was funny, he has a good sense of humour and I'm glad people think it is funny."

With the help of her sister, recording and hiding behind a car she was able to get her boyfriend's full reaction.

At first, her boyfriend doesn't notice her sister behind the car, and as Niki approaches, he has no idea it is his girlfriend.

Niki then hands him a 'delivery note' to sign which said 'sign here lil b***h", her boyfriend doesn't bat an eyelid to the form and signs it as normal.

As he signs it, Niki turns to the camera and says, "what the f***?" at his nonchalant response to the delivery note.

He hands the form and pen back to her and makes his way back to his apartment.

But he spots her sister behind the car and says hello, he awkwardly stands there and starts playing with the box as he clearly has no idea what is going on.

He laughs and says "lil b***h" thinking Niki's sister is behind the prank, he still doesn't realise his girlfriend is standing right next to him.

Her sister replies: "That's it?" to his response.

He nervously looks around at the 'delivery person' who is Niki, and she can no longer control her laughter.

All three of them stand there awkwardly for a while, as the two sisters are dying of laughter, he then waves to Niki and throws his hands up, as he still has no idea about what is going on.

Finally, Nicki reveals herself by taking off the hate, glasses and face mask she was wearing.

Her boyfriend instantly lights up when he realises it is his girlfriend and moves in to give Niki a hug.

People in the comments found the video hilariously awkward, with most people commenting on how awkwardly long the exchange went on.

One user simply wrote: "Y'all let this go on for way way too long."

Another user exclaimed: " She took off her hat like she was Hannah Montana."

A third person responded: "This was literally so painful to watch."

Another person added: "Bruh, I got second-hand embarrassment. Took way too long to reveal. His excitement would have been better if you didn't marinate in the awkwardness." 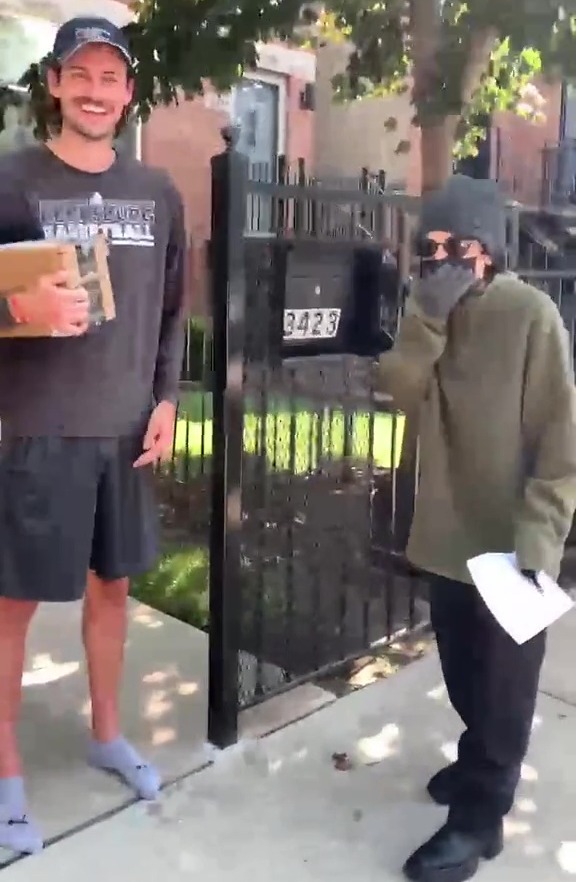 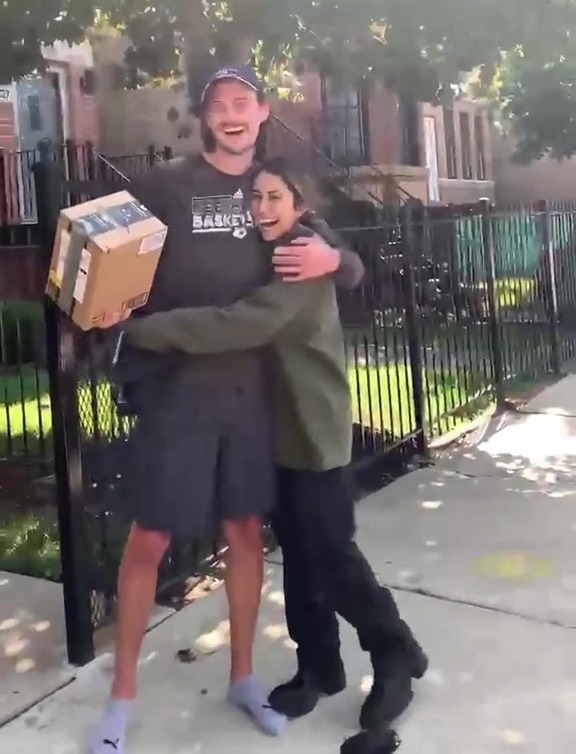 Plus, a man has stunned his ex-girlfriend by paying off her mortgage to thank her for being a great mum.

And, a woman exposed a love rat looking to date because his disabled wife ‘doesn’t give him what he needs’.

Meanwhile, a woman was left mortified after overhearing her Tinder date say her lashes were too big.