A fashion designer has revealed her heartbreak over her brothers death

Celebrity designer whose clothes are worn by Pippa Middleton and Holly Willoughby reveals her heartache at losing her brother, 33, to suicide – saying ‘he was the ‘life and soul of the party’ and ‘kept his suffering hidden’

A fashion designer, whose brand is worn by celebrities including Holly Willoughby and Pippa Middleton, has revealed her heartbreak after her beloved younger brother took his own life after a struggle with depression.

Katie Lightfoot, 35, from Essex, was close to her ‘hugely-popular’ brother Sam, who was just 33 when he took his own life in the summer of 2018.

Speaking out at the beginning of Mental Health Awareness Week, she revealed that her brother’s death was so unexpected because he was the ‘life and soul of everything’.

Now, in a bid to raise awareness on male suicide, her fashion brand Mercy Delta have collaborated with artist Dan Baldwin to create a range of silk shirts, with money going to a male suicide charity.

SCROLL DOWN FOR VIDEO 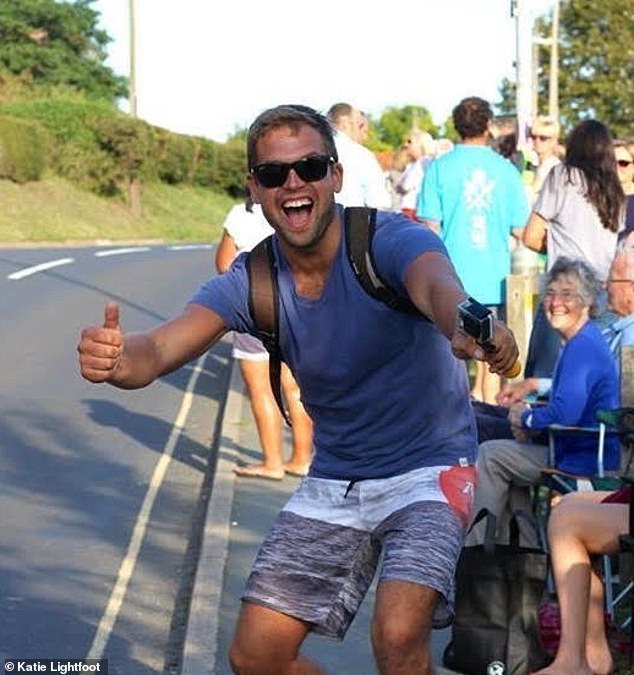 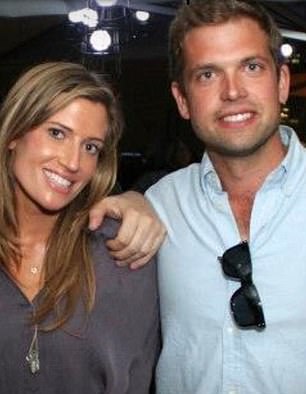 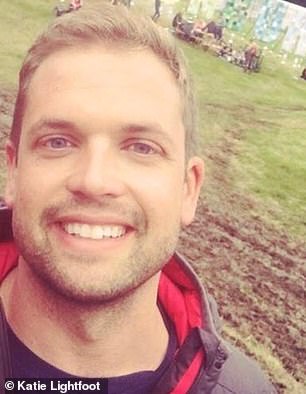 Katie said that Sam had always been a magnetic personality and that he was ‘hugely popular, the life and soul of everything’

Talking about Sam’s suicide she said: ‘Sam had never shown any signs of depression. He was successful, had many friends and came from a close family.

‘He was always the joker sporting a cheeky grin, friends often described him as the life and soul of any party.

‘Depression didn’t present itself to us in the way we would have expected it to, we’ve learnt the hard way it can come in many forms and at any pace – literally in just a couple of months.’

In the UK, 84 men are said to end their lives by suicide every week. And for men under 45, suicide is the biggest killer.

In many instances, men are not seeking help through friends, family or established channels. 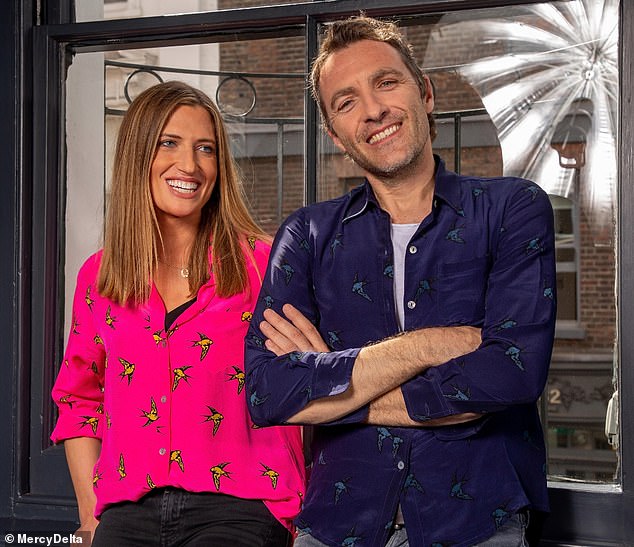 A UK British Medical Journal also found that general primary care consultation rates for depression were 32 per cent lower in men than women.

Katie went on to say: ‘I had no idea that suicide is so rife among young men who felt they were unable to talk, who felt pressured.

‘It made me realise how many young men who have so much in front of them can find themselves lost, and in a moment of desperation can end their lives so suddenly.’

‘At Sam’s funeral I heard about the artist Dan Baldwin and his swallow print that was becoming well known in relation to male suicide, and I wanted to do something to help – while also raising awareness and funds for Calm, the male suicide charity.

‘So together with Dan we’ve started the Life and Soul campaign, to get the word out there, as I just never expected to lose my brother this way.

‘I feel that depression or mental health has previously been too much of a taboo subject and perhaps Sam did too. Too many people, they may feel there is a stigma and they can’t ask for help.’ 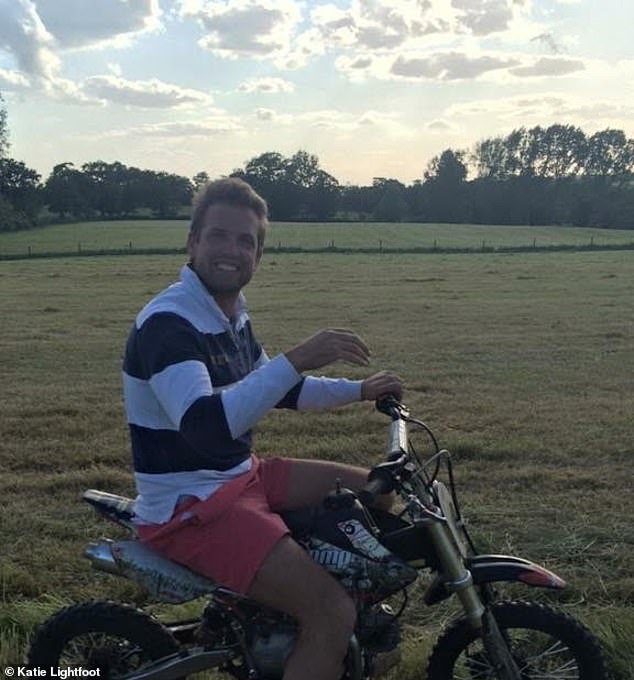 In the UK, 84 men are said to end their lives by suicide every week. And for men under 45, suicide is the biggest killer (Pictured: Sam riding a motorcycle)

‘I worry that men in particular may not know how to open up. Sam was one of the many people I’d go to for advice if I needed it, he was always very wise and had time for everyone.

‘It made me ask myself whether some young men, especially ones like Sam who are seen by everyone as the life and soul of the party, the ones ‘holding it together’, to say actually things are a bit rubbish at the moment.

‘I want to tell people about Sam’s life and how incredible he was to show there is no ‘type’ of person who could suddenly find themselves suffering from depression and there is no shame in asking for help.’ 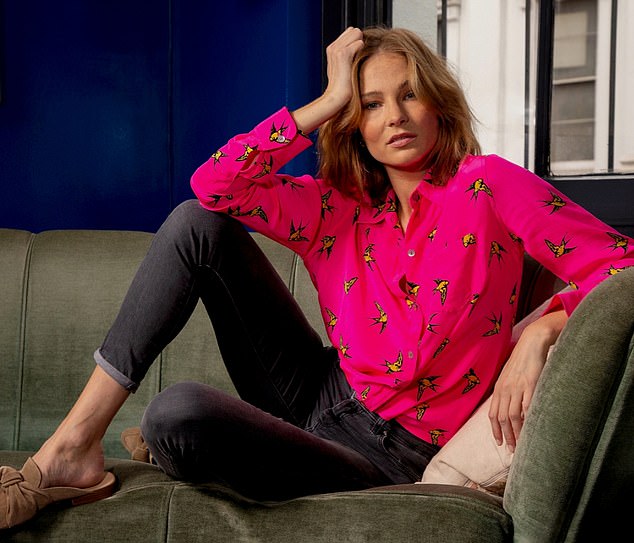 Mercy Delta have  collaborated with artist Dan Baldwin on a collection of limited edition, ethically made silk shirts with swallow patterns on – called #LifeAndSoul for male suicide awareness and support

‘If I can stop just one life from ending so needlessly and their family and friends suffering this way, then that would provide huge comfort to all of us mourning Sam.

‘I know the pain of losing Sam will last a lifetime to all of us who loved him. If only we knew more, this tragic loss and others could be prevented with the right help and the ability to recognise those early signs.’

Katie says that signs include withdrawing from their usual activities and social network, lots of excuses, weight loss and insomnia. 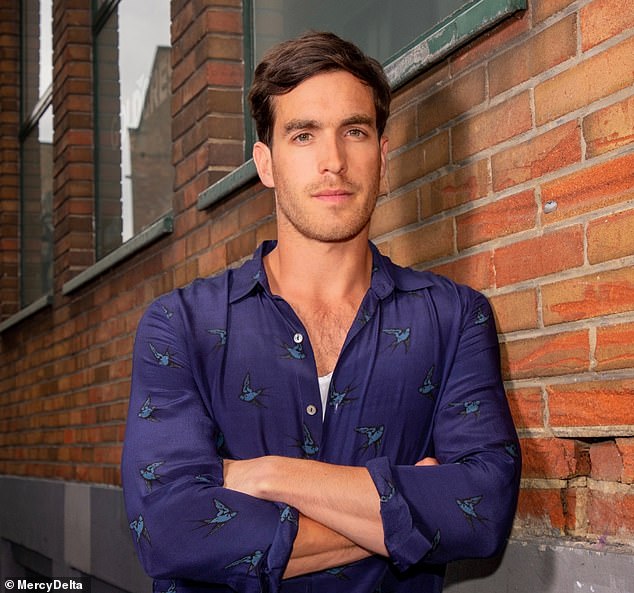 The shirts which come in different colours including pink, yellow and navy feature swallows. The swallows represents positivity, the change in seasons and optimism from Dan Baldwin’s original art series ‘Love and Light’

‘By launching #LifeAndSoul, we’re hoping to shift any preconceived notions of what depression and suicidal thoughts might look like, and how they may manifest,’ added Katie. ‘There should be no stigma in asking for help.

‘If we can change behaviour when it comes to seeking or accepting help, and get more people opening up a conversation, then we can save lives.’

The shirts which come in different colours including pink, yellow and navy feature swallows. The swallows represents positivity, the change in seasons and optimism from Dan Baldwin’s original art series ‘Love and Light’.

Each shirt from Mercy Delta is printed by hand in India and created and retails at £190, with 20% from each sale going to male suicide prevention charity CALM.

If you have been affected by any of the issues raised in this article then you can call the Samaritans on 116 123, alternatively you can visit the website at by clicking here.