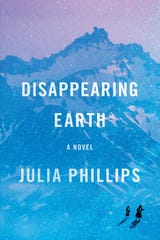 Kamchatka Peninsula is the ideal setting to stage a kidnapping. It’s a long stretch of land hanging off eastern Siberia, in between the size of Florida and California but with a smaller population than Wyoming. Surrounded by the Pacific Ocean and the Sea of Okhotsk, Kamchatka can be punishing, the land cold and volcano-riddled, its Arctic tundra prowled by predators, human and otherwise.

In a land this isolated, people go missing and stay missing. It’s the sort of place that could swallow two little girls whole and never give up the secret of their disappearance.

That’s the premise that dramatically sets the stage for “Disappearing Earth” (Knopf, 272 pp., ★★★½ out of four). Two sisters, Sophia and Alyona Golosovskaya, ages 8 and 11, make the dreaded mistake of accepting a ride from a stranger, and a beautiful August day at the beach turns into every mother’s worst nightmare. The Golosovskaya sisters vanish without a trace.

It has the makings of a lurid thriller, but first-time novelist Julia Phillips (who has long worked as a journalist, her work appearing in many publications, including the Moscow Times) does something more sophisticated than that and turns her unshakable debut into a meditation on the lives of women in a far-flung corner of the world, spanning generations and ethnicities, in the months that follow the disappearance.

Each of the following chapters focuses on a different woman, each a month further away from a case that looks more and more unsolvable. All the women have a connection to the Golosovskaya sisters, some more tenuous than others: There’s a woman who may be the closest thing to an eye witness, searching for her missing dog; the sister of another girl who’d gone missing years before, still navigating the psychological fallout; the missing girls’ own mother, hobbled by panic attacks and wary of hope. 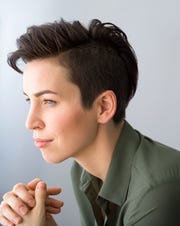 “The Golosovskaya sisters, who, walking alone, made themselves vulnerable – that one mistake cost them their lives,” one of the women observes. “If you aren’t doing what you’re supposed to, if you let your guard down, they will come for you.” That warning applies to all the women of Phillips’ Kamchatka, who yearn for something more than they have. None of them makes an error as grievous as accepting a ride from a stranger, but their yearnings could still prove fatal if acted upon.

Take Zoya, a new mother and the wife of the lieutenant investigating the disappearance with dangerous sexual fantasies. Or Lada, who knows better than to even try to have a girlfriend in a place so unkind to homosexuals. The modesty of their hopes makes their unattainability all the more devastating, so limited are the options. One young woman at a New Year’s party appraises her sexual prospect for the evening: “If she wanted to sleep with him, she could. Maybe she would. Yegor was a little sad, a little forced, but he had peeled that apple for her.”

Some sections sing in a clearer voice than others, their tragedies, major and minor, burrowing deeper. It could be a frustrating book for readers who require propulsive plots and clean resolutions, as it offers neither. But Phillips is so skilled at conveying place and people, you can feel the chill of the shadow cast by Soviet-style apartment buildings, smell the blood soup, taste the burn of cheap vodka drunk too fast to numb the pain.

It’s so specific, and yet so universal. These are stories of women the world over. Only the details are different.