A teenage rebel without a cause 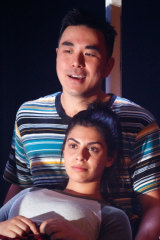 THEATRE
The Violent Outburst That Drew Me To You ★★½
Melbourne Theatre Company, Lawler Studio, until May 18

Finegan Kruckemeyer is a vastly prolific playwright for children and teenagers whose works are regularly performed in Australia and overseas. With The Violent Outburst That Drew Me To You, he throws a few haymakers into adolescence but he has such a wild, blind sort of swing in this one, I doubt he’ll connect with his intended audience.

We start with Connor (Harry Tseng) teaching us how to slam a door like a pro. The teen has lately been gripped by unfocused fury at all and sundry: his parents, school, teachers and best friend. Connor’s behaviour gets so bad that his mum and dad drive him to a rotting shack in remote bushland – with provisions but (shock, horror) no internet – and leave him there for a week to cool off.

The sort of play teen audiences might well fidget through

There, he meets Lottie (Izabella Yena), a teenage girl even angrier than he is. And having met his match, Connor can, for a moment, imagine a less angst-ridden life ahead.

The main failure of this work lies in a lack of definition in the central character. Connor doesn’t know why he’s so mad – fair enough, I suppose – but neither does the audience. It’s one thing to suggest that teens are sullen and rebellious and full of rage because, you know, stuff, and quite another to portray one particular teenager that way. 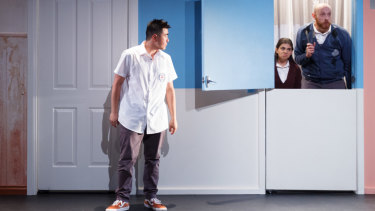 The want of motivation or realistic psychological detail leaves the protagonist as a shallow cipher, around which much more vivid turbulence circles, and the script doesn’t give Tseng (whose role as the loveable comic sidekick in Jasper Jones proved his facility for teen characters) enough to work his magic.

It’s a pity because there are some great moments. Yena’s Lottie is fully fleshed, serving up teen angst with jaded wit and an eye that can roll on command; she also has something tangible to get pissed off about. 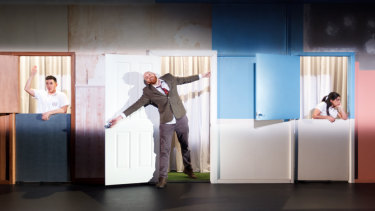 And Josh Price pops out from every door on set to provide briskly drawn cameos – from a snarky bus driver to Connor’s stoner best mate – in a performance that showcases his versatility and comic instincts.

Connor, though, remains a rather vague ball of ineffectual wrath and loserdom; he never coheres into a complex and recognisable personality. Unfortunately, the play increasingly militates against Tseng sketching one out with his customary charm; one late monologue sounds like nothing any teenage boy would ever say, and scans more like a short story idea than dramatic writing. 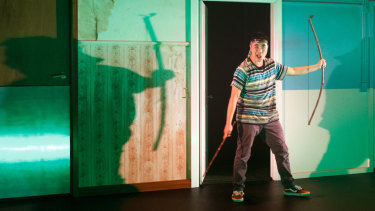 Director Prue Clark makes the most of the things Kruckemeyer gets right: regular flashes of relatable comedy and dialogue are performed with brio, on a simple but effective set that shows adolescence as a kind of collapsing portal.

Yet without a protagonist of any depth, this risks being the sort of play teen audiences might well fidget through.