Home » Aaron Rodgers lives it up in Hawaii with Shailene Woodley, Miles Teller

Aaron Rodgers and fiancée Shailene Woodley are making the most of their Hawaiian getaway as the drama with his Green Bay Packers continues to brew back at home.

On Tuesday, the couple enjoyed an outdoor adventure with Miles Teller and his wife, Keleigh Sperry, as they hiked through Hawaii’s lush landscape and enjoyed a double date in the evening.

“Ponds with soulmates 🪐🦋🌈🌈 thank you @zenobijade for the best day of hiking these pools,” Sperry, 28, captioned one Instagram post.

Later in the day, Rodgers — who skipped the Packers’ voluntary organized team activities on Monday — sang a duet with Sperry to Taylor Swift’s “The 1” from her “Folklore” album. 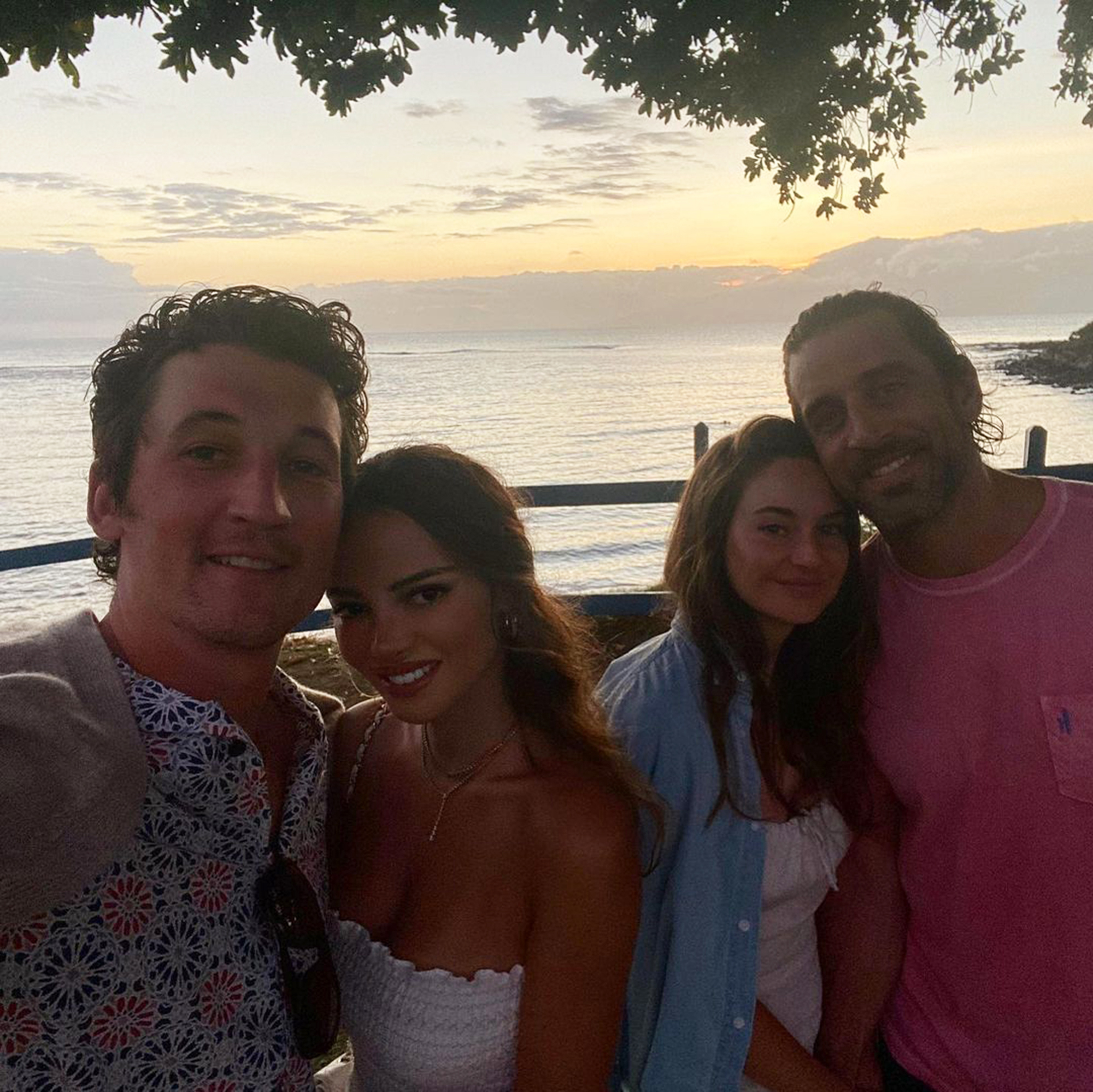 He continued, “It’s just kind of about a philosophy and maybe forgetting that it is about the people that make the thing go. It’s about character, it’s about culture, it’s about doing things the right way.”

Mayne concluded his conversation with Rodgers — and his ESPN career — with an expletive-filled send-off.

Although Rodgers is under contract with the Packers through the 2023 season, the 6-foot-2 quarterback has been linked to several NFL teams, including the Denver Broncos.

The 2021 offseason has been eventful for Rodgers, who revealed his engagement to “Divergent” actress Woodley in February. The quarterback also appeared as a guest host on “Jeopardy!” and enjoyed the Kentucky Derby with pal Teller, 34, who married Sperry in 2019.