A program introduced during the pandemic to provide shelter for rough sleepers will be cut back in a move that homelessness advocates say could put people back on the streets.

The Council to Homeless Persons claimed a $43 million a year cut to the From Homelessness to a Home program in the recent state government budget could see 1440 people miss out on support. 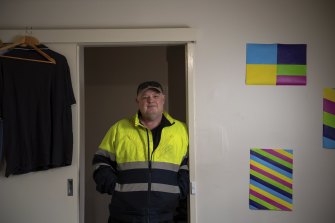 Andrew was sleeping rough for two years before he secured this home through the From Homelessness to a Home program.Credit:Penny Stephens

Housing minister Richard Wynne disputed that estimate and said rough sleepers would be supported through other initiatives.

Council to Homeless Persons chief executive Jenny Smith said the budget, which provided $75 million for homelessness services overall, provided no clarity on how the From Homelessness to a Home program would be maintained and the newly announced funding had no focus on providing a soft landing for rough sleepers.

“I think it’s unfathomable really that this Victorian government that has done so much in this space and supports this type of service as our future has failed to continue the funding,” she said. “The ongoing support that was needed has been slashed from $55 million to $12 million a year and it’s just not going to do the job.”

The $150 million program was established by the state government to house rough sleepers in hotels during the coronavirus pandemic and to provide permanent homes and support services when lockdowns ended.

Wynne said the government was continuing to support rough sleepers by providing access to accommodation.

“The From Homelessness to a Home program was funded for two years and it will continue to provide housing and support to those who most need it,” he said.

“We continue to work with the specialist homelessness sector, related health services and local government to provide access to accommodation for people experiencing or at risk of homelessness – including with a $75 million investment in the Victorian Budget 2022/23, and through our landmark $5.3 billion Big Housing Build.”

Smith quizzed Treasurer Tim Pallas about cuts to the program at the Australian Council of Social Service post-budget breakfast. He said the government was dealing with homelessness in a substantial way.

“It’s a little unfair to compare the peak COVID response funding to what constitutes an ongoing need,” Pallas said. 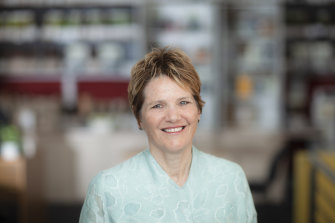 Jenny Smith, chief executive of Council to the Homeless, quizzed Treasurer Tim Pallas about the cuts.

The $75 million spend includes funding for an Aboriginal Homelessness Access Point to provide a culturally appropriate response to Aboriginal people’s homelessness needs and $24 million for new accommodation to help Victorians who need support to maintain their housing.

Smith said winding back the program could end up costing the government more.

“We will see those people lose their housing without sufficient support and be back in the emergency department, hospital beds and jails of our community [which are] much more expensive responses,” she said. “We won’t actually save any money, we will actually end up spending it.” 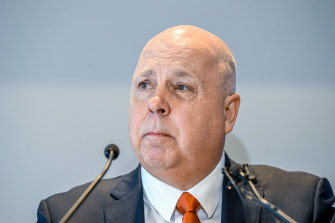 Treasurer Tim Pallas said it was unfair to compare peak Covid response funding to what was an ongoing need. Credit:Joe Armao

One of the service providers of the From Homelessness to a Home program is Wintringham, the country’s largest provider to elderly homeless people in Australia.

Wintringham chief executive and founder Bryan Lippmann said From Homelessness to a Home was one of the most innovative and exciting programs he had ever been a part of.

“It is a magnificent program because it is the holy grail of homelessness, it links support and housing and I don’t know any other program that does that,” he said. “It is distressing to know that it is going to be cut back. People have, for the first time in some cases, a room of their own.”

Lippmann said some problems were not solvable, but homelessness was through a combination of housing and support which was what From Homelessness to a Home provided.

“It’s a wonderful program that shouldn’t be cut, it should be expanded, it is world’s best practice,” he said.

Former rough sleeper Andrew, 51, slept in his van in Melbourne before being put up in hotels through the From Homelessness to a Home program during the pandemic.

Until he got support through the program Andrew said he was constantly in fight or flight mode.

“There’s kind of a hierarchy of needs that you have when you are homeless and the first hierarchy is a safe place to sleep, the second is food and then comes power to power up your phone and then comes a toilet and then comes, if you’re lucky, showers,” he said. “I was only getting a shower once a week.”

Nine months ago Andrew was placed in a home for the first time through the program, an experience which he said was initially very difficult.

“I was accustomed to being moved about so I didn’t really feel like the house was mine,” he said. “I felt like the house was going to be taken away from me at any time. So it took a long time to get over that sort of feeling that I had.”

Andrew said what made the difference was support services where staff from Wintringham visited him weekly and encouraged him to join a creative writing group, go bowling and go to the football.

“It’s made a huge difference,” he said. “I get out every day now, out of the home. I’m reconnecting with society.”