Take the slight underdog in this NIT showdown

The hot March Madness underdogs to watch out for

Nine tips for cashing in on March Madness mania

For many sports fans, March Madness is the most exciting event of the year.

But not for the trio behind the Players Trunk: They’re pumped for what comes immediately afterward.

Brothers Hunter and Austin Pomerantz, 22, and 21, and their friend Jason Lansing, 22, started their online marketplace nearly a year ago, as a place for former college athletes to sell the gear they accumulate over the course of their amateur careers. From uniforms to practice jerseys, sneakers and collectibles, everything the players touch is gold to their droves of rabid fans.

The only caveat is that student athletes are barred from selling anything until they’ve exhausted or forfeited their NCAA eligibility, which is why the end of March Madness is such a solid business opportunity at the Players Trunk.

“I’m excited for after March Madness when we can get our hands on more gear,” Jason told The Post, noting he’s already in touch with a Duke player whose team pulled out of the ACC tournament because of a positive COVID-19 case, ending his postseason hopes.

As seniors at the University of Michigan, Jason and Austin are student managers of their school’s basketball team, and Hunter worked with the Syracuse squad before he graduated last May.

The trio know firsthand how important merch is to college teams — and how quickly it piles up.

“Being student managers, we’ve seen how gear is a huge part of the [college sports experience]. We’ve seen how much these guys get over their playing career and at the end they’re stuck with tons saying, ‘What can I do with this?’” said Hunter.

The idea for the Players Trunk came from there. The guys do all the heavy lifting: photographing the gear, negotiating prices, packing and shipping. They take a percentage of the sales or work on a consignment model.

“The whole idea was to put the power back in the athletes’ hands, and we’re just the connecting piece to make it happen for them,” Hunter said.

Due to strict NCAA rules about student athletes profiting off their associations with college teams, the clients are all former players. But that could all change, amid mounting pressure to compensate amateur athletes for use of their names, images and likenesses in endorsements and advertisements.

In January, the NCAA postponed a vote on the matter, but states are now racing to introduce their own legislation. Florida and California, for example, have both passed legislation that would expand student-player rights.

The Players Trunk currently designs and sells custom merchandise for former athletes, and hopes that once the rules relax they’ll be able to extend the same service to active players as well.

“It’s time,” Jason said. “All three of us have seen firsthand, these guys deserve to be compensated. The fact that I can go do something to make money on the side and that a student athlete can’t just because they play a sport, is crazy.”

Collegiate gear and memorabilia exclusive to team members has always been desirable to enthusiastic fans, since you can’t snap it up in campus bookstores. In 2010, five Ohio State football players were suspended for selling memorabilia and jerseys in exchange for discounted tattoos.

Hunter said their customers range from full-fledged collectors, to students who just want a star player’s practice jersey to show off at a tailgate.

But even the practice of former players selling their stuff has been the source of controversy.

Last May, Chase Jeter — who transferred from Duke to Arizona — hawked his Blue Devils jerseys and sneakers on Instagram. The move was roundly criticized by Duke’s fanbase, and ultimately prompted Jeter to fire back on social media.

“As eye [sic] am no longer an amateur under the rules of the NCAA in which Eye made zero dollars off of my name, image, likeness … eye am not only allowed to choose what eye want to do with my old apparel, but eye have earned the right to profit,” he wrote.

Many former players have sold their school wares on Instagram, enlisting family members to help them. One of Jason and Austin’s first experiences unloading college merch came when former Wolverines Zavier Simpson and Charles Matthews asked them for help hawking their Michigan duds on social media.

They realized quickly that they could streamline the process with a centralized platform, and probably attract more serious buyers. They officially launched the Players Trunk in July, quickly adding top former ball players including Michigan State’s Cassius Winston, whose game-worn jersey was sold at auction for $5,000: the most any item has fetched yet.

Their player network reached former Duke forward Javin DeLaurier, 22, who graduated in May.

“The guys who came before me would just sell their stuff themselves, but the appeal of this was the convenience,” DeLaurier, who just finished his first season with Charlotte’s G League team, told The Post.

He made about $7,000 for his “trunk,” which included game-worn jerseys, shorts and sneakers. A complete uniform set fetched $1,500 at auction.

“Some people have sent me DMs and said, ‘Hey, I bought your shoes and your jersey.’ Duke fans are some of the craziest out there so they will send me a picture and say they added to their memorabilia room. It’s been pretty cool to see some of the places where my stuff has ended up,” DeLaurier added.

The extra bucks aren’t so bad, either.

The site has expanded beyond basketball, adding togs from the worlds of soccer, track and field, baseball and girls volleyball, which has been surprisingly popular, according to the trio. Lacrosse is coming as soon as the spring season ends.

They’ve already outgrown their original digs: They started out using Austin and Jason’s Ann Arbor, Mich., apartment as a warehouse, but the gear spilled onto the kitchen table, the couch and even the sink.

“Jason would literally be lying in bed eating cereal from a red Solo cup, FaceTiming us,” Hunter said. They temporarily moved operations to the Pomerantz family’s garage in Old Westbury, Long Island, and are now looking for outside facilities.

They say their biggest growth has come by way of the gridiron. 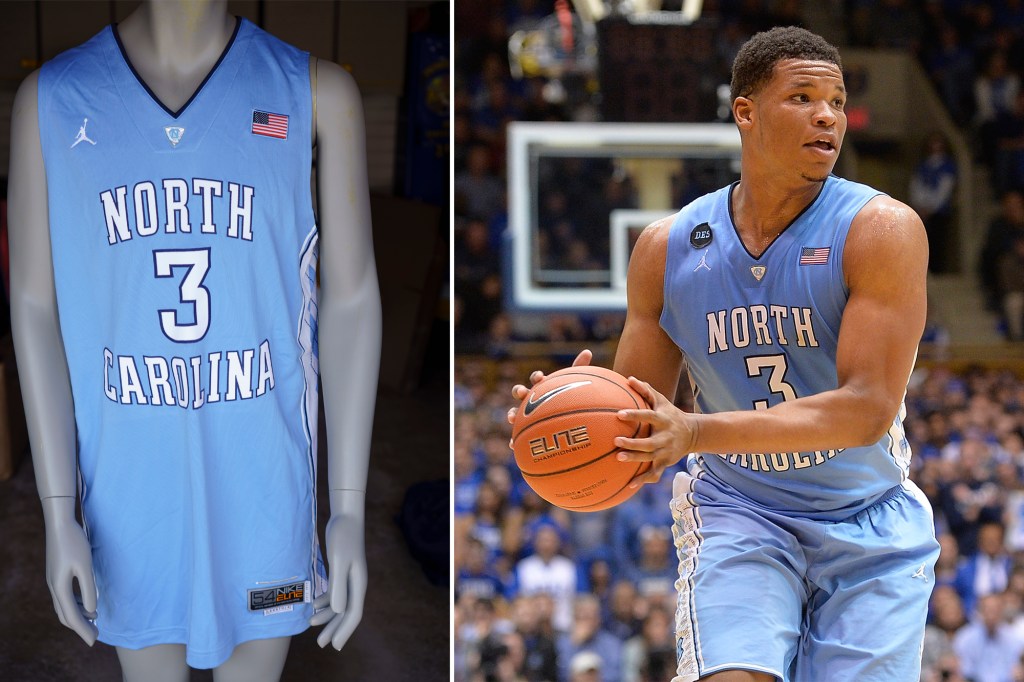 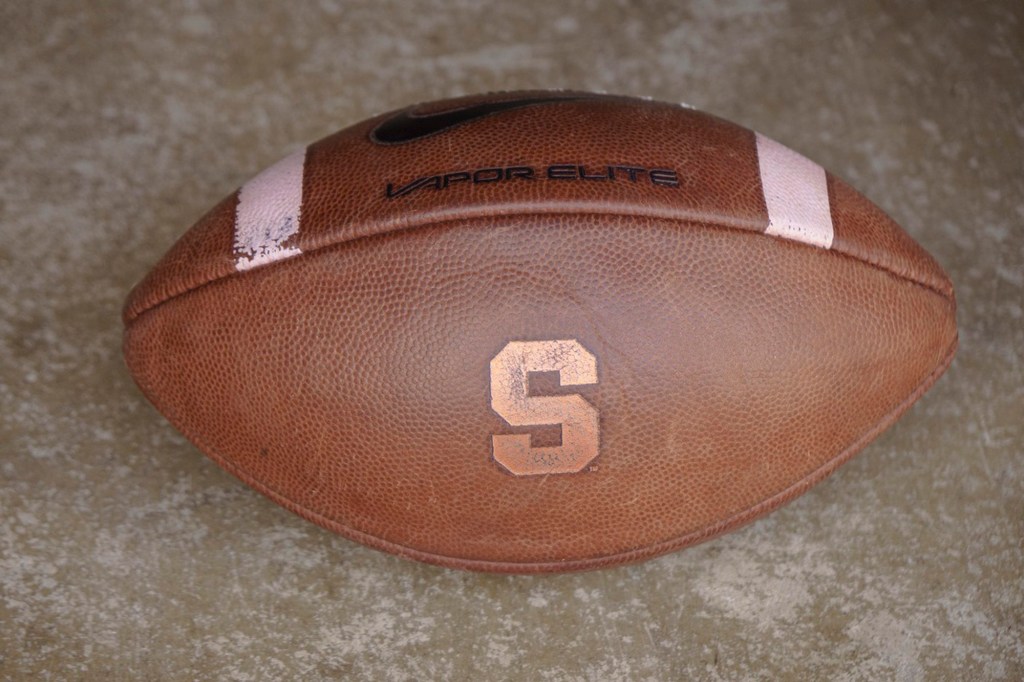 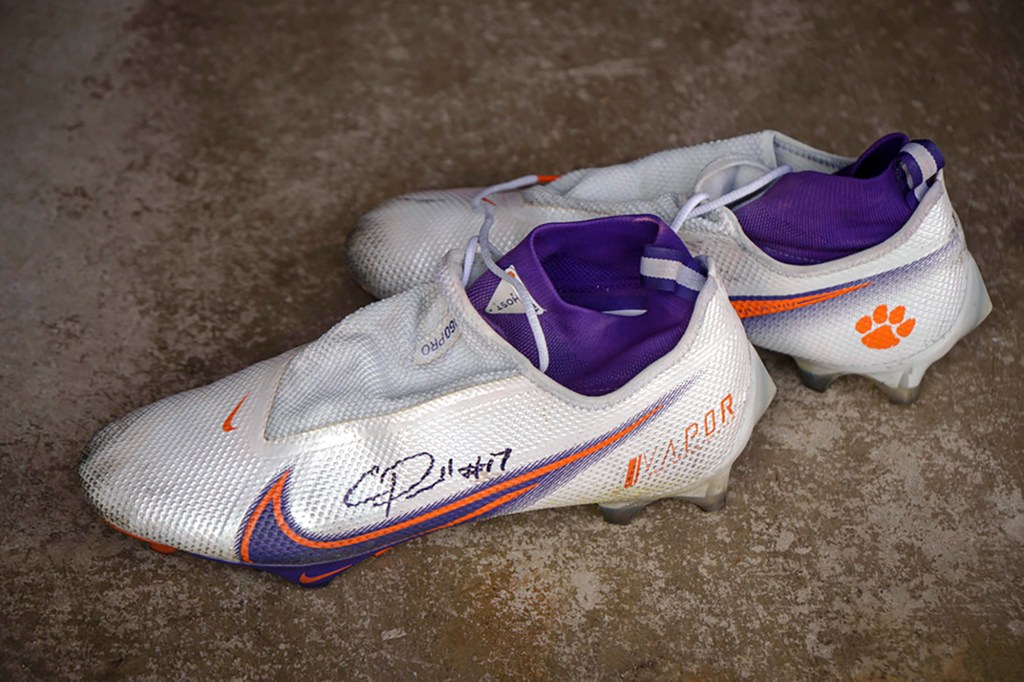 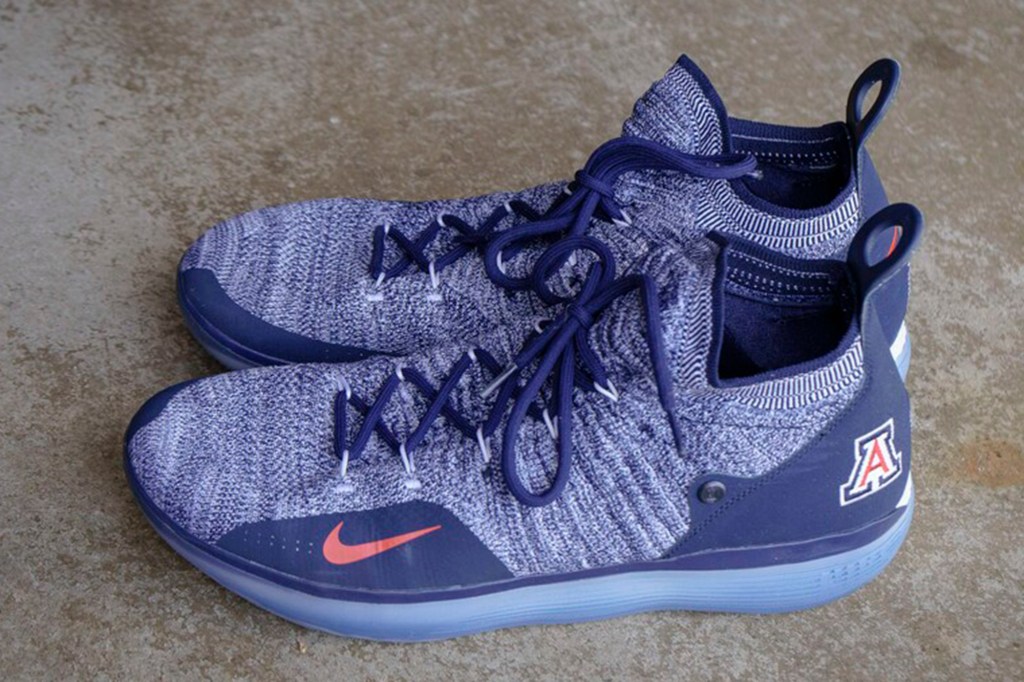