Inspired by Ava DuVernay's "13th," the philanthropist and art scion invested $165 into the Art For Justice Fund to combat white supremacy and structural racism—and she has no plans on stopping now.

There’s a bone-deep story about our generational relationship with white women. It’s one that metastasizes, out from the marrow, as we work to reclaim bodies that were made the very topography of rape by white men who would claim it was our sons and brothers and husbands and lovers who presented a threat to their daughters and wives, their sisters and lovers.

D.W. Griffith will promote this lie, Trump-like, in that 1915 version of the call to Stand By, in the film, Birth of a Nation. Carolyn Bryant will personify it with her false accusation in the 1955 Mississippi Delta summer of Emmett Till’s 14th year. Six decades will pass before she says what we always knew: that she lied about a Black child from Chicago, her lies instigating his torture and murder. But as Amy Cooper evidenced in New York City’s Central Park this spring, Bryant’s 2017 recantation did little to disrupt the very certain sense that all a white woman need do is accuse a Black person of harm and she will be believed, rescued.

Yet Cooper and Bryant—and all those for whom their names hold space—are not the sum of history’s inflection points. There are other stories to tell, ones that reinforce the power borne of a recognized and shared sense of humanity. One of them is told by award-winning filmmaker and advocate, Catherine Gund, in a 92-minute documentary called Aggie, about her mother, Agnes Gund, the President Emerita of the Museum of Modern Art and founder of the Art for Justice Fund at the Ford Foundation. It opened online last week at the Film Forum.

When she is asked why she made Aggie, Cat, as Gund’s family and friends refer to her, does not hesitate. “Because we have to hear voices, white voices, that are not white nationalist voices,” she tells ESSENCE. “We have a responsibility as white people to speak up and have agency about the harm that exists—and agency in fixing it. I’m here and my mother is here not to be allies in a movement to end mass incarceration and ensure racial equity, but to be accomplices.” 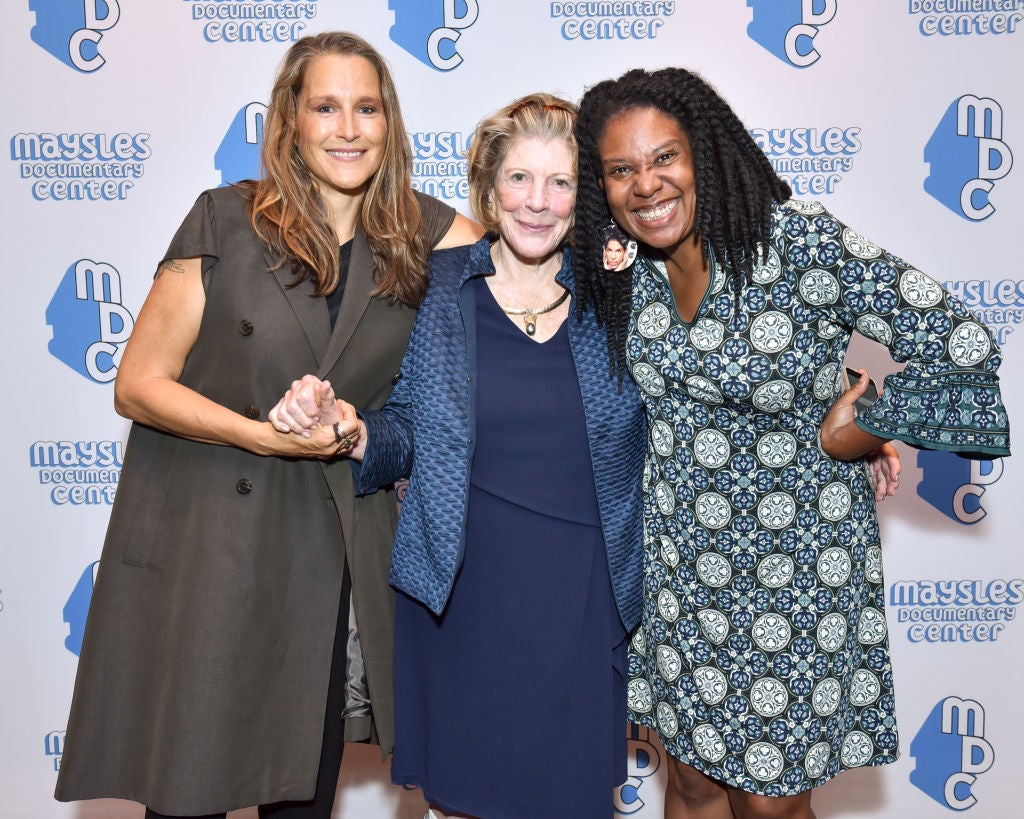 As the president—now emerita—of the Museum of Modern Art, Agnes Gund left a legacy of inclusion that transformed the institution now known for its representation of artists from across the globe and women artists. And she was legendary as a patron and a woman who found the hyper-monetization of art and the consequent walls it erected, harmful. Artists are meant to be known and supported, their ideas shared and engaged.

But three years ago, Aggie broke rank with herself and sold Masterpiece, a painting by her friend, the revered and late artist, Roy Lichtenstein, for 165 million dollars. She didn’t do it, however, to enlarge her own coiffers. Rather, as the grandmother of 12 children, six of whom are Black; and as a human being who could not stop hearing Eric Garner beg for breath, nor ignore the harsh truths of white supremacy and mass incarceration detailed in Ava DuVernay’s Oscar-nominated film, 13th, Aggie used the earnings from the sale and began the Art for Justice Fund at the Ford Foundation.

I’m here and my mother is here not to be allies in a movement to end mass incarceration and ensure racial equity, but to be accomplices.  — Cat Gund

“There were alot of reasons I started Art for Justice (A4J),” Aggie shares in a way that feels classically Midwestern: firm but not aggressive; clear and absent theatrics or vanity. “I want A4J to be used to show people what else they can imagine; how else their minds can be opened,” she begins before making her full-stop statement.  “I was certainly inspired by Ava’s film and there was certainly a heartbreak I had about the world because there were so many Black people incarcerated and white people were getting away with it. But it’s also true that I have children whom I love tremendously and I do not want a world where they are treated as less than equal.” 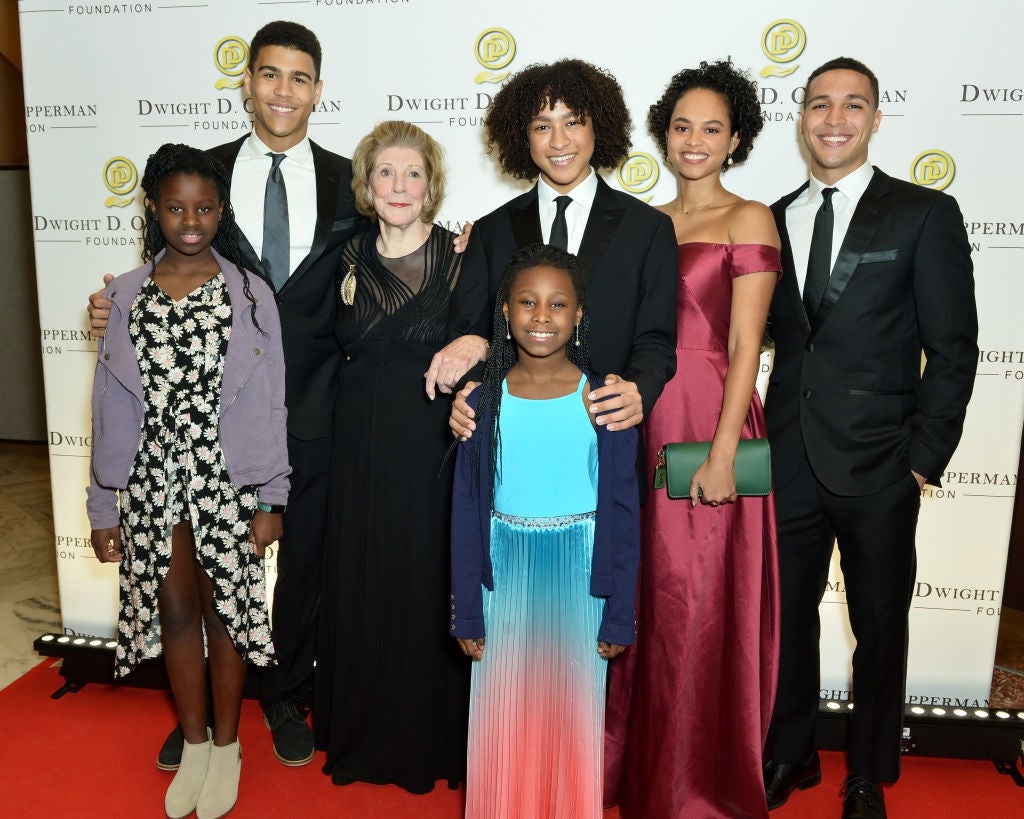 Using a series of interviews, file footage and private images, the film tells the story of a woman who changed the world of art—and then used art to change the world. And while the broad role that art has played in Aggie’s life is a through-line—among others, there are interviews with Thelma Golden, Elizabeth Alexander, Dorothy Lichtenstein, members of the Museum of Modern Art Staff  and Ava DuVernay—that through-line streams in red, black and green: We are not 10 minutes in before Aggie, visiting the artist Xaviera Simmons as she creates a large-scale visual inspired by Jacob Lawrence’s Migration series, says plainly, “I think there should be reparations.”

Removing layers of bureaucracy that often keeps support from those who are on the ground executing powerful work, Art for Justice has supported Black women artists like Xaviera, but also advocates like Susan Burton, founder of A New Way of Life ReEntry Project, which provides home and healing support—safe houses—for women coming home from prison.

“Aggie supported our network of 10 homes and saw me as a weaver,” Burton tells ESSENCE. “That was my art. And getting to know her allowed me to see art differently. I used to think it was just a luxury. But now I am able to interpret life and my own experiences by looking into paintings. My imagination and the possibilities of what could be done, what I could do as a Black woman in a racist, patriarchal society, grew,” says the woman Michelle Alexander called the Harriet Tubman of our time.

I was certainly inspired by Ava’s film and there was certainly a heartbreak I had about the world because there were so many Black people incarcerated and white people were getting away with it. But it’s also true that I have children whom I love tremendously and I do not want a world where they are treated as less than equal. — Agnes Gund

In an unquiet year that will be soundtracked by cries and gasps, chants and prayers, demands for truth amid the cacophony of lies, Aggie is a documentary that, like its subject, enters quietly, without dramatics, and with the clarity borne of deliberate observation. This is best summed in the film when the artist, Giancarlo Fernandez, one of now nearly 1,000,000 children who has benefited from Studio in the School, Aggie’s New York City public schools program, shares that the importance of art, the urgency of the work, is that it allows us to look into the chaos and find the pattern.

In this offering by a daughter and filmmaker, an advocate and artist, we look into the brutal chaos the American enterprise has had on Black life. And in doing so, we find those patterns of harm, but we also find patterns of hope. We find patterns of all that possibility that lays before us if we are provided the space to heal. To vision. To imagine. To create. To breathe.

asha bandele is a multiple award-winning and New York Times best-selling author who has been writing for ESSENCE for more than 20 years.