Home » Aldi CHANGES Cuthbert the Caterpillar amid M&S legal row – but can you spot the difference?

ALDI's Cuthbert the Caterpillar cake returned to its stores this week despite an ongoing legal row with Marks and Spencer.

The cake has a new look after Marks and Spencer launched legal action against Aldi last month, accusing it of copying its popular Colin the Caterpillar product. 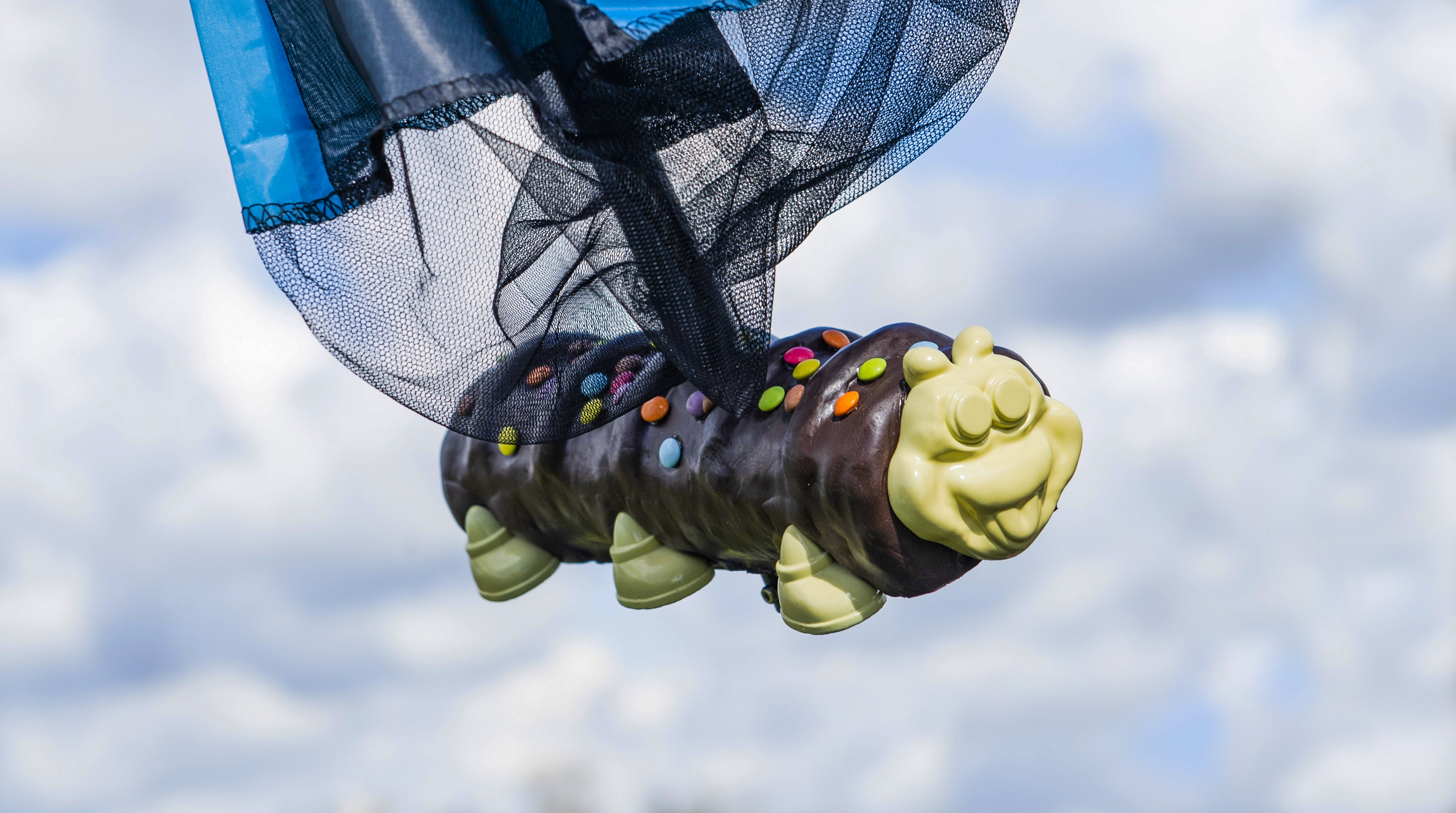 M&S has an ongoing trademark infringement claim against Aldi.

It claims the discount supermarket has benefited from M&S' reputation of the product.

M&S wants Aldi to remove the product from sale and agree not to sell anything similar. 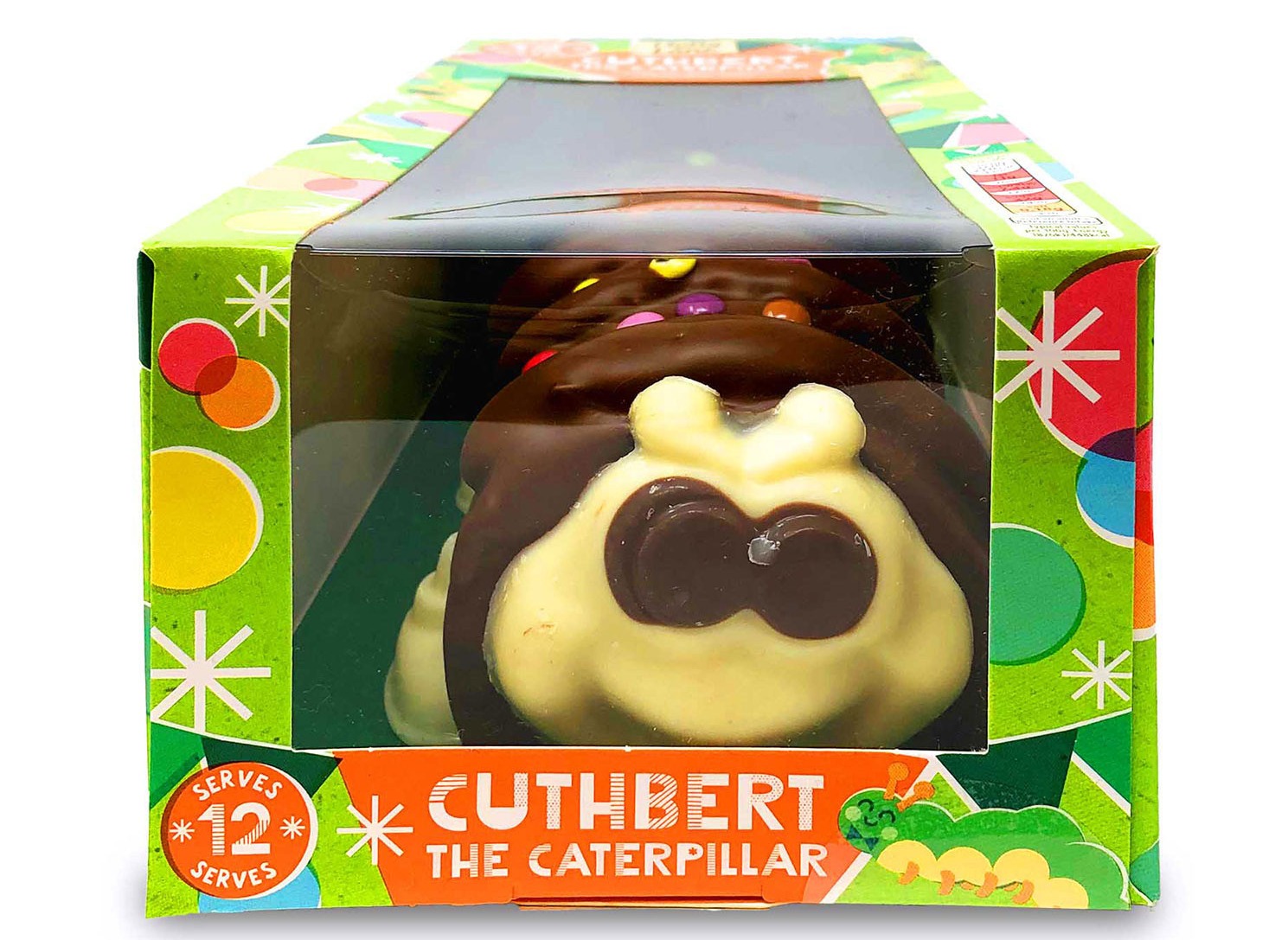 Aldi told The Sun in April that its Cuthbert cake is a "seasonal product" and hasn't been in shops since February.

It returned to stores this week though and Aldi said all profits from sales of the cake would be donated to the Teenage Cancer Trust.

The new Cuthbert the Caterpillar has a white chocolate face and eyes.

Its previous version had a white chocolate face and milk chocolate eyes.

It's unclear if the change will get them out of hot water with lawyers.

John Coldham, IP partner at Gowling WLG, told The Grocer, that the merits of M&S’s case would "depend on the extent to which consumers would see Cuthbert and think it’s Colin" and "clearly any changes to the presentation could be relevant to that assessment."

Shoppers have shown their excitement at the return of the cake on Twitter. 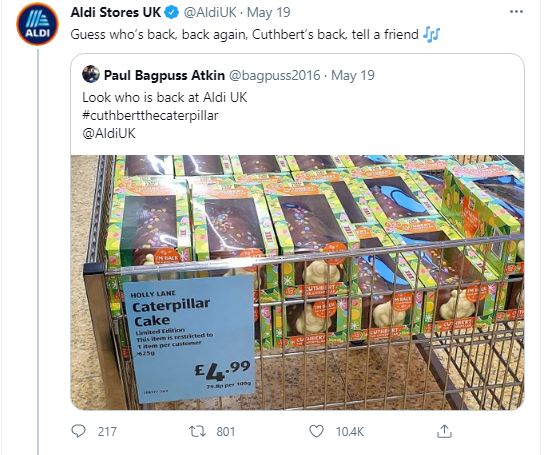 Aldi didn't comment when asked by The Sun how long the cake will be available for and the reasons for the new look.

It is unclear if the change is related to the legal row with M&S.

An M&S spokesperson declined to comment on the legal case but said: "M&S has a proud history as a leading British innovator.

"Like many other UK businesses, large and small, we know the true value and cost of innovation and the enormous time, passion, creativity, energy and attention to detail, that goes into designing, developing and bringing a product to market and building its brand over many years.

"Our customers have confidence in our products because they trust our quality and sourcing standards so we need to protect our reputation for freshness, quality, innovation and value – and protect our customers from obvious copies."

Aldi is well-known for its copycat products, which also include other treats such as chocolate and cookies.

However, a few years ago, it faced legal action from small businesses which claimed the supermarket was ripping off its goods.

In 2019, Charlotte Tilbury also won a legal battle against Aldi after the discounter sold £6.99 copycat dupes of its £49 bronzer.