Alexandra Shulman CBE has revealed she didn’t wear a bra for 20 years – and still resents them now.

The ex-British Vogue editor-in-chief, 62, also admitted she has no idea how often she’s meant to wash the undergarment.

Appearing on Susannah Constantine’s My Wardrobe Malfunction podcast, the London-born journalist said her vehement dislike of bras is what most people have asked her about since she made the confession in her recent memoir, Clothes… and Other Things that Matter. 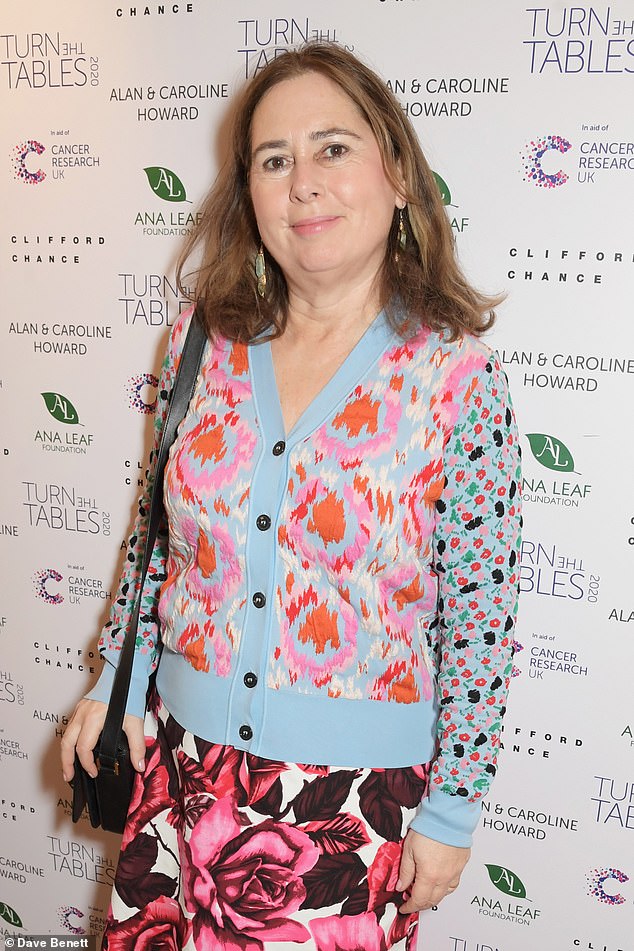 In her book, Alexandra claims she ‘did once have nice breasts’ that ‘pleased her’, but she hated how bras felt so she ditched them.

She confessed doing so was not without its challenges, especially when ‘one’s erect nipples were attracting a certain amount of covert attention’ in meetings.

Susannah remarked that she ‘wasn’t surprised’ many people were shocked by her admission, adding: ‘You’ve got quite big boobs haven’t you?’, to which Alexandra replied: ‘Yeah I do now.’

Appearing on Susannah Constantine’s My Wardrobe Malfunction podcast (pictured), the British journalist said her vehement dislike of bras is what most people have asked her about since she made the confession in her recent memoir, Clothes… and Other Things that Matter

She added that she counted her bras while writing her book and had amassed a collection of 35 – but has just had a ‘huge cull’.

How often SHOULD you wash your bra?

An expert from the brand previously told the Daily Mail: ‘The crease in your bust and the area under your arms are hot, sweaty environments. Cleaning after every two wears, possibly three, is ideal.’

Avoid machine washing, as activity in the drum will ruin elasticity and shorten its life (which should be at least 12 months).

Handwash instead, then let the bra drip dry at room temperature, as heat from a radiator or tumble dryer destroys Lycra.

Alexandra went on: ‘One of the things I always really want to ask people is how often do you change your bra, and how long do you keep a bra for, because every time I look at my bras I think, should I be getting rid of this?

‘And then when I take them off I think, should I be washing it having worn it once, or can it do two?

‘People don’t know this bra stuff and I think they need to.’

Advice from high-end lingerie brand Rigby & Peller suggests bras should be washed after every two wears.

On the topic of breasts, Alexandra revealed her biggest wardrobe malfunction occurred on the first day she returned to work after maternity leave.

Having managed to find a nanny the night before she went back into the office, after taking just 16 weeks off, she told how she was determined to get ‘dressed up’.

‘I put on this beautiful pale lilac Alberta Ferretti sleeveless shift dress, quite tight fitting – I think it was the first time I’d ever worn it,’ she recalled.

‘I’d ordered it and it had been delivered while I was on maternity leave, so it was all new and I was really looking forward to it.

‘I was going to have to go and see everybody, my boss, they were all in the office, so I got into the car, drove to work, got into the office, passed the mirror and literally my boobs had been leaking milk all down my dress. 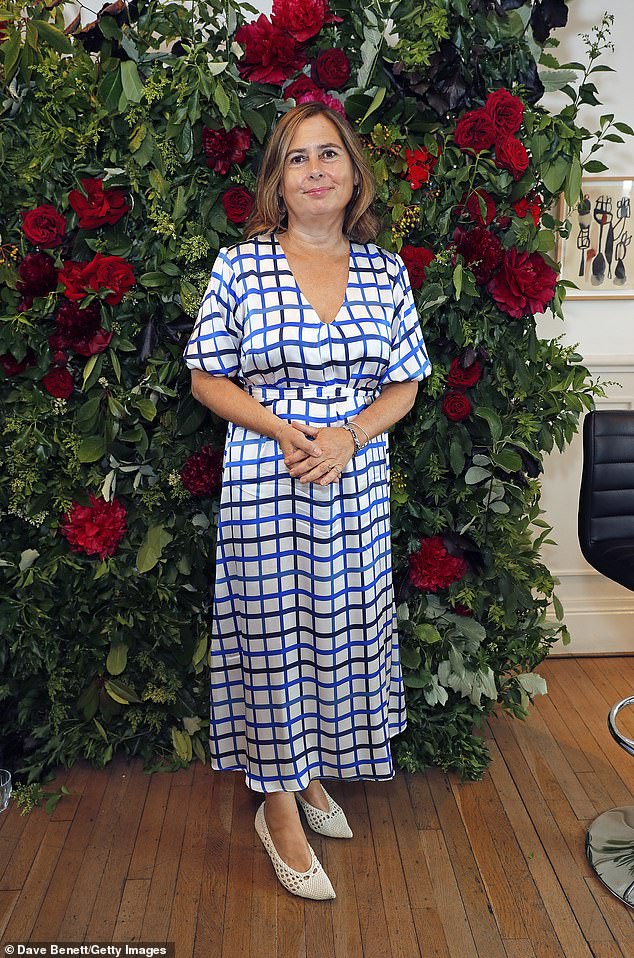 ‘There was this huge stain down the front of my dress and I didn’t have anything else to wear, I hadn’t brought a change of clothes.

‘I think I tried to borrow a hairdryer. I always think of it as this awful clash of what it’s like to be a new mother and this professional woman.’

While Alexandra insisted she has ‘no regrets’ from her time at Vogue, of which she was its longest serving editor, she admitted she was unhappy with ‘lots’ of its covers during her tenure because they didn’t turn out how she’d imagined.

‘I should have gone on more cover shoots because I could have had more control over them,’ she said.

‘Quite often we’d have to run with something that wasn’t exactly what I wanted.’

Alexandra took the helm of Vogue in 1992, presiding over a circulation increase to 200,000 and a higher profile for the magazine.

She announced her departure on January 25, 2017 and left that June.

Edward Enninful was confirmed as the new editor-in-chief of British Vogue on April 10, 2017.