The French beauty said “I do” to James Middleton in a stunning village in the Côte d’Azur in France in a secret ceremony earlier this month.

As Page Six revealed, the couple had Kate and husband Prince William, alongside their children, Prince George, Princess Charlotte and Prince Louis, to celebrate with them.

In the pages of Hello! magazine, Kate and William can be seen, albeit blurred, in photos, as can Kate’s younger sister Pippa, who attended the wedding with her two children, Arthur and Grace, and husband James Matthews.

Thevenet revealed that she turned to her mother-in-law for her big day in Bormes-les-Mimosas, and wore the same vintage lace gown that a then-Carole Goldsmith wore to marry Michael Middleton, saying: “My something borrowed was in fact my dress from my mother in law Carole who last wore it 41 years ago on her wedding day in June, 1980.”

The financial analyst added that she first tried on Carole’s dress during the UK pandemic lockdown, when she and her now-husband were living in Bucklebury, Berkshire, with his parents.

“While talking about dresses with Carole and sharing ideas during lockdown for inspiration, I tried on her wedding dress and fell in love with it,” Thevenet said. “It fitted me perfectly and was exactly what I wanted. It always troubled me that wedding dresses are only worn once so it was amazing to give such a beautiful dress a second lease of life.” 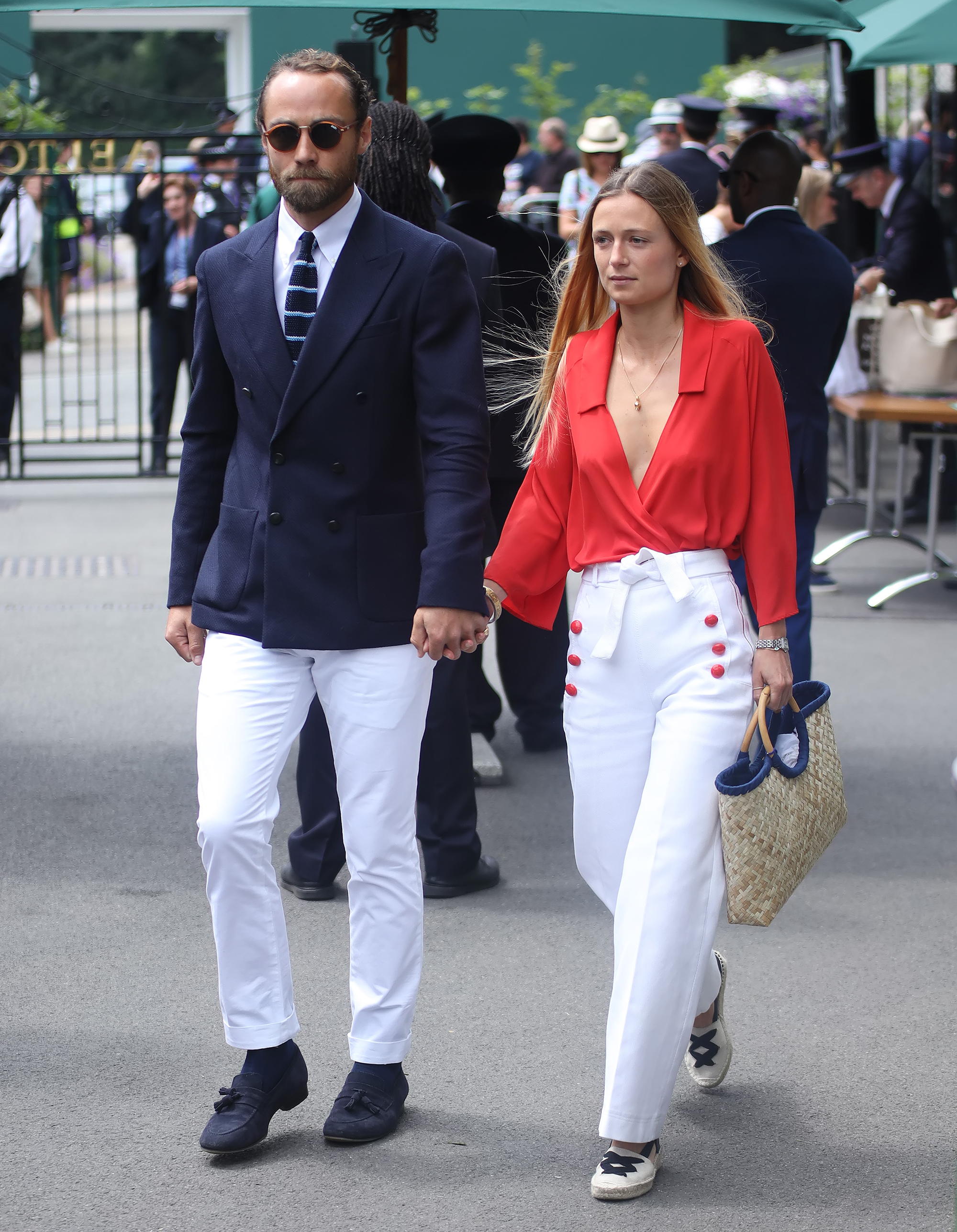 To finish off her look, the bride’s long blond hair was kept flowing, and she wore a long veil.

Thevenet’s dress was a world away from Kate’s and Pippa’s wedding gowns.

The Duchess wore a design from Sarah Burton of Alexander McQueen in a construction that featured lace sleeves and a nine-foot train in April 2011, while Pippa stepped out in a high-neck, cap-sleeved ivory gown from British fashion designer Giles Deacon for her wedding in May 2017.

The happy couple, who had been forced to postpone their wedding twice due to Covid, said “I do,” at the town hall.

Thevenet was joined by her mom Laurent, as it was revealed her retired diplomat father Jean Gabriel Thevenet had died a few months ago.

Following their ceremony, the newlyweds — who had their beloved dogs as their bridesmaids — drove to their beachside reception­ at Café Léoube in a vintage 2CV.