Zappos mogul Tony Hsieh’s estate is facing another creditor’s claim in connection with the now-deceased tech founder from a man who says he has a Post-it note to prove it, according to a local report.

Mark Evensvold claims Hsieh’s estate owes him $12.5 million for a contract that he and the late multi-millionaire made on a handwritten Post-it note, which he included in the Tuesday creditor’s claim, the Las Vegas Review-Journal reported.

Evensvold said the claim that Hsieh promised to pay him $450,000 each year, plus a bonus of at least 20% of interest Hsieh received from a restaurant company called Nacho Daddy to work for him in Park City, Utah, according to the report. Hsieh was reportedly worth an estimated $840 million.

The creditor’s claim also includes a "transcript of a conversation" between Hsieh and Evensvold in an August afternoon "on the beach," according to the report. The conversation is described as having been witnessed by a person named Jen and an anonymous "court reporter."

Hsieh had allegedly planned to enlist Evensvold to help manage Hsieh’s bar operations, and would also have him "work on random projects like koi fish or tree houses," according to the transcript cited in the report.

"But it’s a very general title. Project manager, slash, bartender or backup bartender. But … everyone has the same title, basically. Everyone is a project manager and then you just work on whatever you feel like. There’s no real schedule," Hsieh allegedly said, according to the report.

The Review-Journal noted that Hsieh allegedly told Evensvold, "[Y]our first project can be go build your own tree house or your own home or work with someone else." 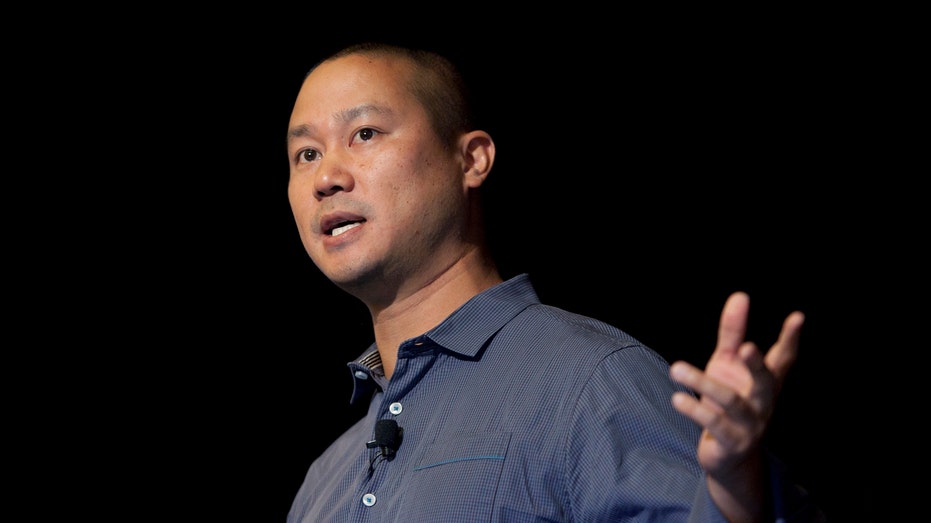 Evensfold is not the first person to come forward to claim they are owed money from the tech mogul’s estate.

The Review-Journal previously reported that Hsieh’s friend and self-described 'right hand person’ had filed multiple lawsuits against the estate claiming she was owed over $90 million.

Hsieh, 46, died on Nov. 27, 2020, nine days after a fire broke out at the New London, Conn. home where he and his friends, including his brother, were staying.

Late last month, investigators released several hypotheses surrounding the cause of the blaze, which ignited in the home’s pool room shortly before 3:30 a.m. Hsieh was "trapped" in the pool room, the investigation report states, by shed doors that were "locked with a single keypad deadbolt style lockset."

Hsieh had been staying in the shed-like room after he and the homeowner and his rumored girlfriend, Rachael Brown, had an argument at roughly 11:30 p.m. the night before. She asked him to leave the property until they departed for Maui, and Hsieh relocated to the pool room.

It took six minutes from when the first firetruck to arrive on the scene for responders to get to Hsieh, the report notes. When firefighters found him, he was "in a supine position on a blanket" inside the shed.

Hsieh was rushed to an area hospital, but ultimately could not be saved. His death was deemed accidental and caused by complications from smoke inhalation, officials previously said.

Authorities reportedly do not believe there was criminality involved but said the cause of the fire is so far undetermined. Investigators identified four possible hypotheses, including that the "misuse of candles started this fire," careless disposal of smoking materials or even whether "an intentional act by Hsieh" was to blame.