Hilaria Baldwin admits her name is ‘Hillary’ amid Twitter backlash

Amy Schumer took a jab at Hilaria Baldwin over her dubious Spanish accent amid accusations the Boston-born yoga guru has been faking her ancestry for years.

“I get it. I went to Spain a couple times and loved it too,” the comedian, 39, wrote Sunday in a since-deleted Instagram post of a photo of herself in sunglasses and oversized beach hat.

The post included a cucumber emoji — a thinly veiled reference to Baldwin, 36, “forgetting” the English word for the vegetable during a “Today” show segment.

Schumer and Baldwin traded barbs last week after the comic jokingly posted a photo of a lingerie-clad Baldwin and her newborn, pretending the snap was of her and writing that she “wanted to wish everyone a happy holiday season.”

Baldwin responded with a video about body-shamers — and promptly confused fans by breaking out in an American accent.

Baldwin, who has five kids with actor Alec Baldwin, was forced to defend her fluctuating accent and questions about her heritage following a viral tweet from Leni Briscoe that read: “You have to admire Hilaria Baldwin’s commitment to her decade long grift where she impersonates a Spanish person.” 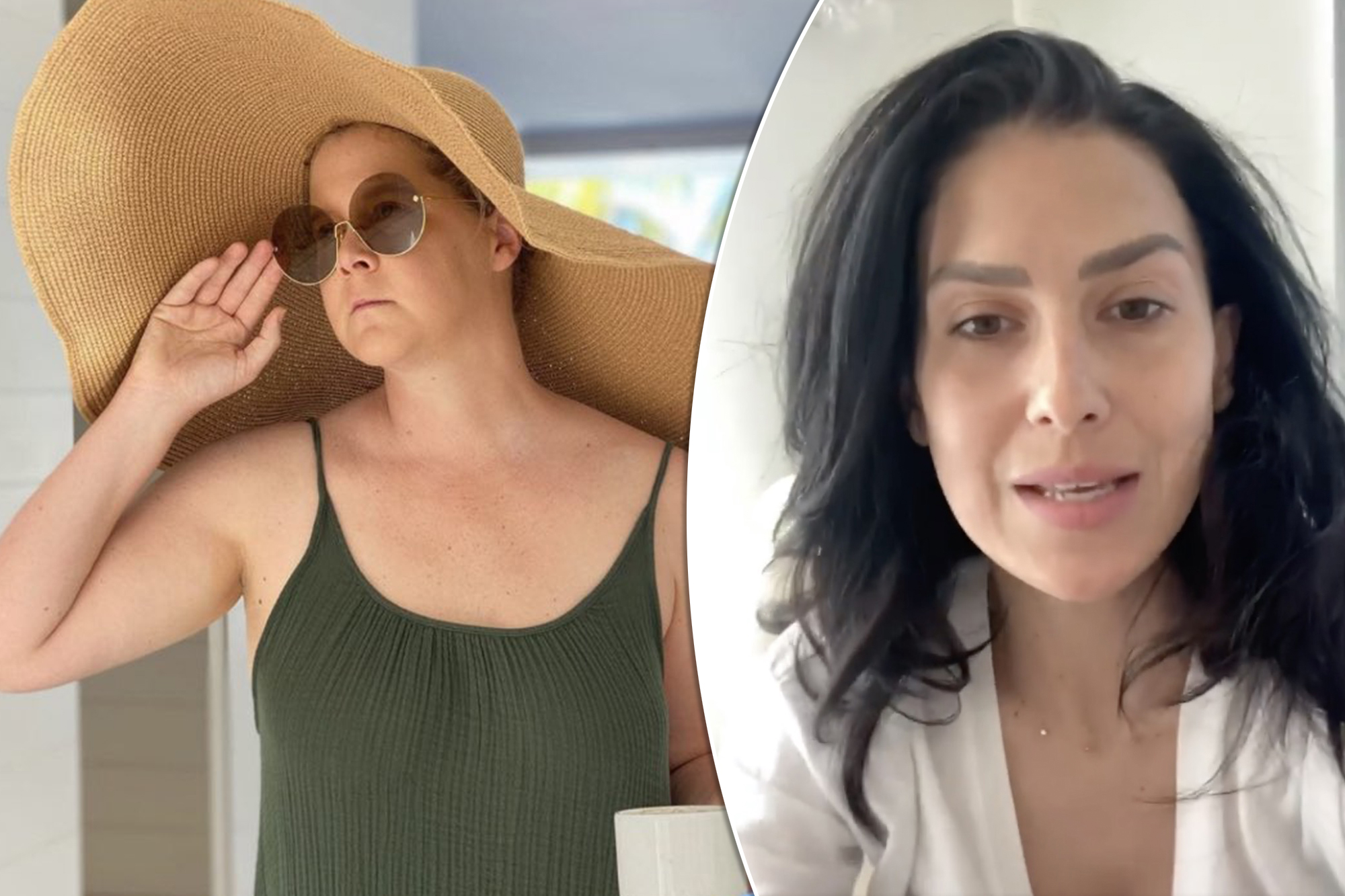 Her agency biography, however, notes that the fitness buff “was born in Mallorca, Spain and raised in Boston, Massachusetts.”

Baldwin on Sunday also attempted to explain her ever-shifting accent, saying she too gets confused.