Labour leader Sir Keir Starmer has taken the moral high ground over the Greensill lobbying scandal in heated exchanges in the Commons.

When Boris Johnson hit back that Lord Mandelson, the former Labour trade secretary who is an adviser to Starmer, runs a lobbying company, Sir Keir said with a triumphant flourish: ‘I have not heard a defence that ridiculous since my last days in Crown Court. It is called the shoplifters’ defence. “Everyone else is nicking stuff, so why can’t I?”’

Starmer, the former Director of Public Prosecutions, twisted the knife, saying: ‘I remind the PM that I not only prosecuted shoplifters, I prosecuted MPs over the expenses scandal, so I stand on my record.’ 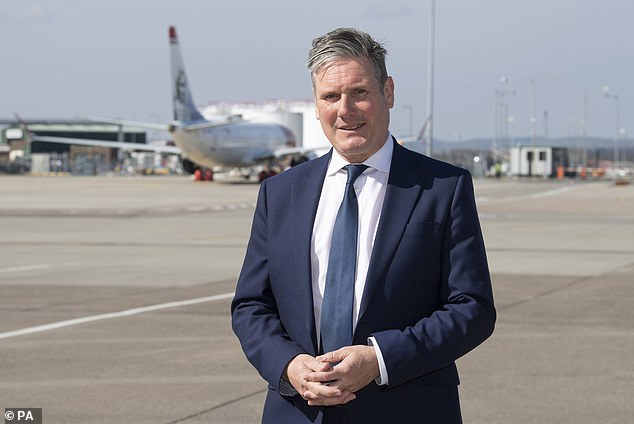 Labour leader Sir Keir Starmer (pictured) has taken the moral high ground over the Greensill lobbying scandal in heated exchanges in the Commons.

What Starmer omitted to say was that he prosecuted Labour MPs.

They included Eric Illsley, the Barnsley Central MP who was jailed for 12 months in 2011 for £14,500 of false accounting, and Elliot Morley, the ex-agriculture minister, who was sentenced to 16 months for dishonestly claiming £30,000 in parliamentary expenses.

In the same year, David Chaytor, the MP for Bury North, was jailed for 18 months for fraudulently claiming more than £20,000.

Jim Devine, the Livingstone MP, was also convicted of false accounting and was jailed for 16 months.

No wonder Starmer skated over the details.

Even Lord Adonis, head of the Downing Street policy unit under Tony Blair, is losing faith in Starmer.

Adonis has written in Prospect magazine that ten of the 14 Opposition leaders of the past 50 years haven’t become PM.

‘The jury is out on the 15th who is having a hard time,’ he writes. But Adonis already has a replacement in mind: Blair.

The former PM won three elections because of his ‘dynamism, vitality and leadership’, says Adonis.

‘They are hard to replicate. But . . . he is still only 67, ten years younger than Joe Biden. Just a thought.’

David Suchet, who was the definitive Hercule Poirot for more than 20 years on TV, tweets about Prince Philip: ‘I will never forget my lunch at the Palace when the Duke taught me how to prepare a mango!

‘I put this into Theft Of The Royal Ruby. When Poirot was asked on screen where he had learned this Poirot replied: “A Duke taught me!’ He called me The Mango Man!’

In a tribute to the late Shirley Williams, Lib Dem MP Alistair Carmichael recalled the former Labour education secretary — and one of the founders of the SDP — speaking in the Darlington by-election in 1983. 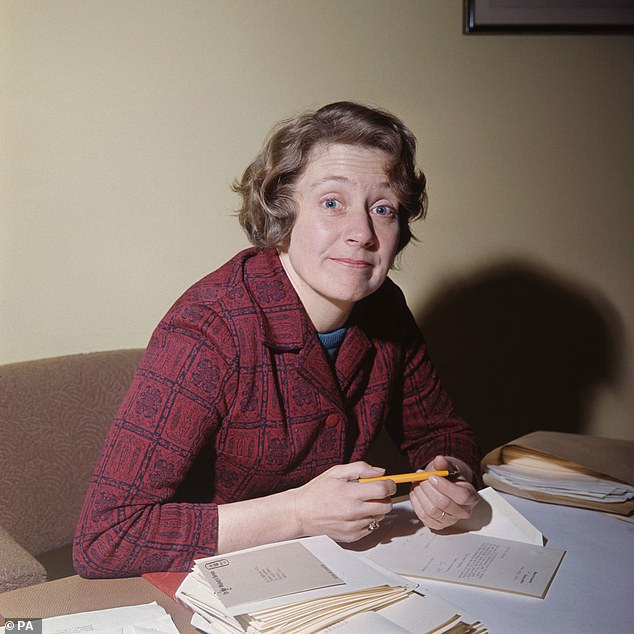 In a tribute to the late Shirley Williams (pictured), Lib Dem MP Alistair Carmichael recalled the former Labour education secretary — and one of the founders of the SDP — speaking in the Darlington by-election in 1983.

‘There was a man behind me saying: “Hear, hear, hear” in a lot of agreement with Shirley,’ he told the Commons.

‘I turned round . . . and it was Screaming Lord Sutch the leader of the Monster Raving Loony Party.’

‘I wonder if some of the NHS’s waiting-time problems would be helped if there was a statute of limitations on the number of hours doctors could spend on TV and radio?’ asks soon-to-be GB News host Alastair Stewart. 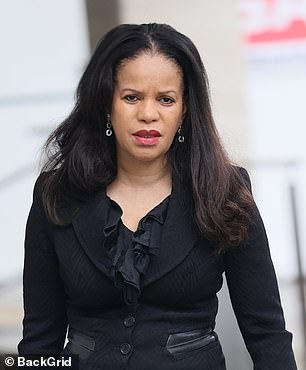 Has the Corbynista MP Claudia Webbe (pictured) thought through her madcap idea of ‘abolishing’ the rich to tackle the climate crisis?

Has the Corbynista MP Claudia Webbe thought through her madcap idea of ‘abolishing’ the rich to tackle the climate crisis?

The MP for Leicester East — who is suspended from Labour while awaiting trial for one charge of harassment, which she denies — was responding to a report which found the world’s wealthiest 1 per cent of people produce double the carbon emissions of the poorest 50 per cent.

Does this mean Webbe, who earns nearly £82,000 as an MP and drew over £10,000 expenses as an Islington councillor, would herself have to be ‘abolished’?

On second thoughts, perhaps it’s not such a bad idea.

One of the most gushing tributes to Prince Philip came from a very unexpected source. Pravda, once the mouthpiece of the Soviet Union, has hailed him as ‘The People’s Prince’. ‘

A remarkable man, standing alongside a remarkable woman for three-quarters of the century,’ said the paper, whose print edition is still run by Russia’s Communist Party.

‘Prince Philip had the verve, the guts and the drive to excel . . . He managed to perform his duties as consort without a single fault.’

The admiration wasn’t mutual. Philip once said he’d like to have visited Russia but ‘the b*****ds murdered half my family’.