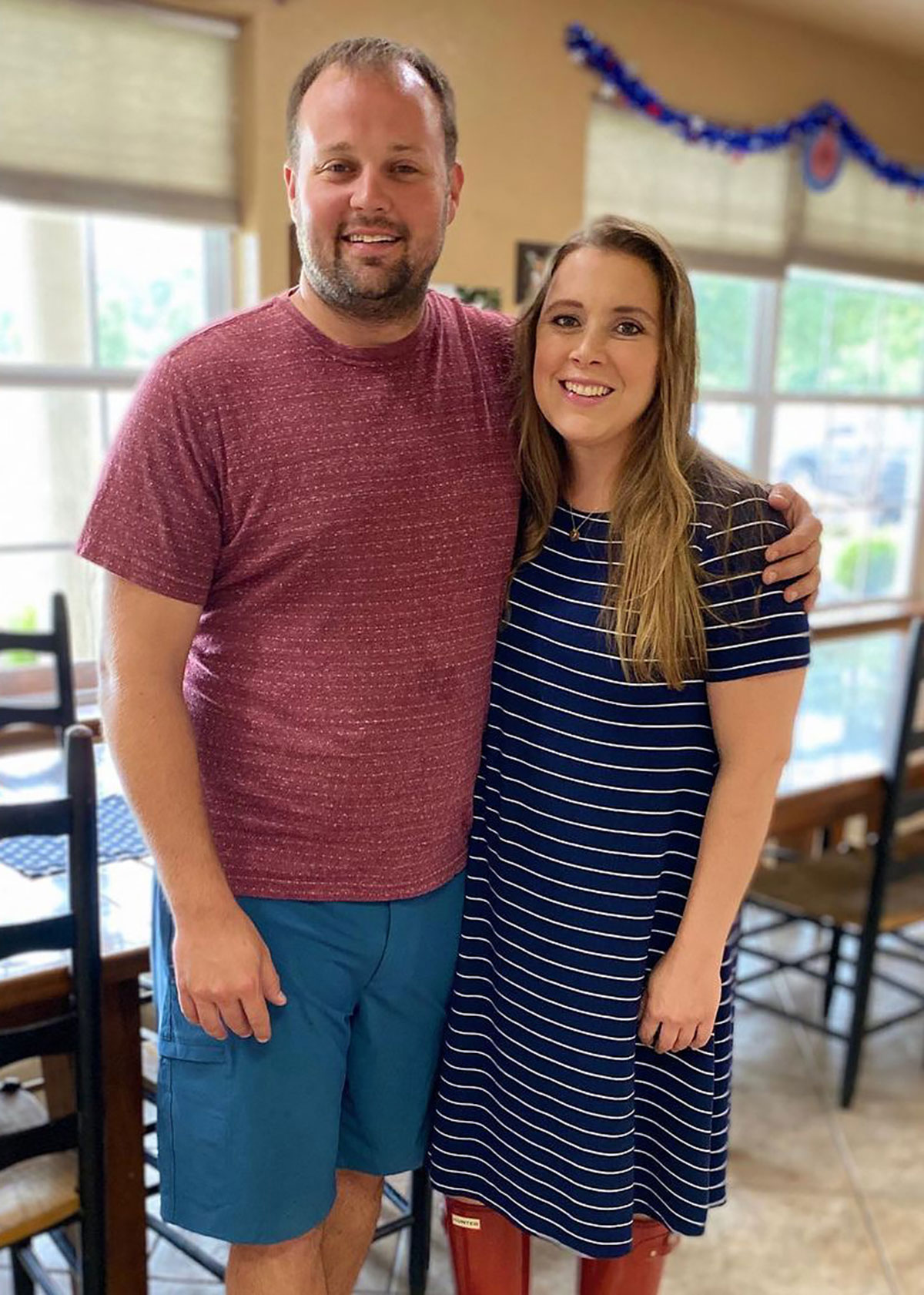 A united front. During her first public outing since giving birth to her seventh child, Anna Duggar showed support for her husband, Josh Duggar, amid his court battle.

The pair were seen holding hands as they left an Arkansas courthouse on Thursday, November 18, following a pretrial evidentiary hearing requested by the judge for Josh, 33. In the clip, Anna, also 33, was seen placing her hand on her husband’s back as they made their way out. According to KNWA, the judge stated that another hearing with witnesses would be set before the trial begins on Tuesday, November 30.

Anna and Josh’s outing comes days after she announced the newest addition to their family.

“Meet little Madyson Lily Duggar! 💝,” she wrote via Instagram, adding via her Instagram Story that their daughter had arrived almost one month prior on October 23.

Anna, who also shares Mackynzie, 11, Michael, 10, Marcus, 8, Meredith, 6, Mason, 4, and Maryella, 24 months, with Josh, confirmed that they were expecting their seventh child in April. Later that same month, Josh was arrested on child pornography charges without bail. After being charged with receiving and possessing child pornography, his attorney entered a not guilty plea during his arraignment.

“According to court documents, Joshua James Duggar, 33, allegedly used the internet to download child sexual abuse material,” the U.S. Attorney’s Office in the Western District of Arkansas said in a press release at the time. “Duggar allegedly possessed this material, some of which depicts the sexual abuse of children under the age of 12, in May 2019.”

Josh was released on bond one month later and he faces up to 20 years in prison and $250,000 in fines for each count if found guilty. He has not been able to return to his home with Anna, whom he married in 2008, and instead has been placed on home confinement with third-party custodians.

Josh Duggar’s Child Pornography Case: Everything We Know About the Ongoing Trial

At the time, a judge ruled that “close friends” of the Duggar family Lacount and Maria Reber would be providing Josh a place to stay. He is still allowed to have unlimited contact with his children, as long as Anna is present.

The Florida native was also all smiles alongside her husband during a September court appearance where four motions filed by Josh’s attorney, Justin Gelfand, were denied. The request included a motion to suppress or dismiss evidence, such as a photo that was taken of Josh’s hands when he was in custody at the Washington County jail.

During Thursday’s pretrial hearing, the prosecution filed a motion to introduce evidence testimony about Josh’s 2015 child molestation scandal. He was accused of molesting five girls between 2002 and 2003 when he was 14 and 15 years old, including some of his sisters.

Josh Duggar’s Lawsuits, Scandals and Controversies Over the Years

The details of the accusations came to light in 2015, the same year that Josh found himself named in a cheating scandal following a data leak from the website Ashley Madison. At the time, Josh entered a six-month faith-based rehab treatment.

In March 2016, two months after he finished the program, Anna and Josh revealed that they were working on their relationship with a marriage counselor.

“It isn’t easy and some days are very difficult,” they wrote in a statement on the Duggar family’s website. “It is a long road to rebuild trust and a truly healthy relationship. We are very thankful for God’s forgiveness, grace and help, as it is our strength and guide to rebuilding our lives.”