As a Mail on Sunday poll says the PM is a more popular leader than Boris…Are BLiz Club plotters (Johnson and Truss supporters) circling Rishi?

When it was announced on Friday that Rishi Sunak had been fined for failing to wear a seatbelt, the news was greeted with disproportionate glee by MPs loyal to Boris Johnson.

‘He has got to go!’ said one. ‘Look at the damage which Boris sustained over his party fine.’

The PM’s fixed penalty notice, for being unbelted in a moving car, is unlikely to trigger the same chain of events which brought down Mr Johnson in the wake of Covid lockdown breaches in Downing Street.

But the reaction to it on his own backbenches shows the extent to which the brief, uneasy truce between warring factions in the party is already starting to fracture. 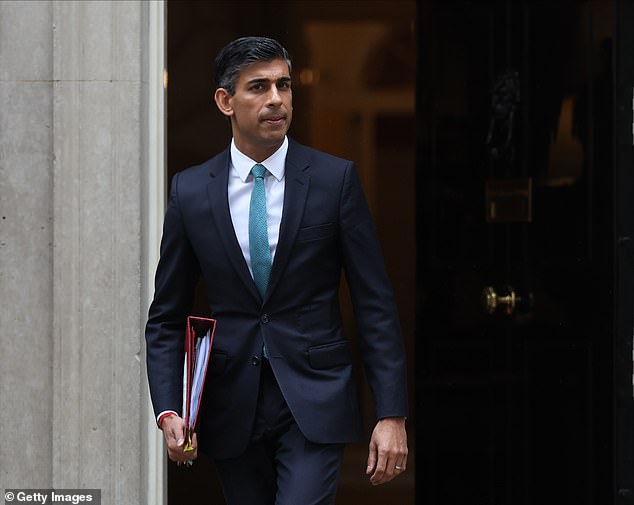 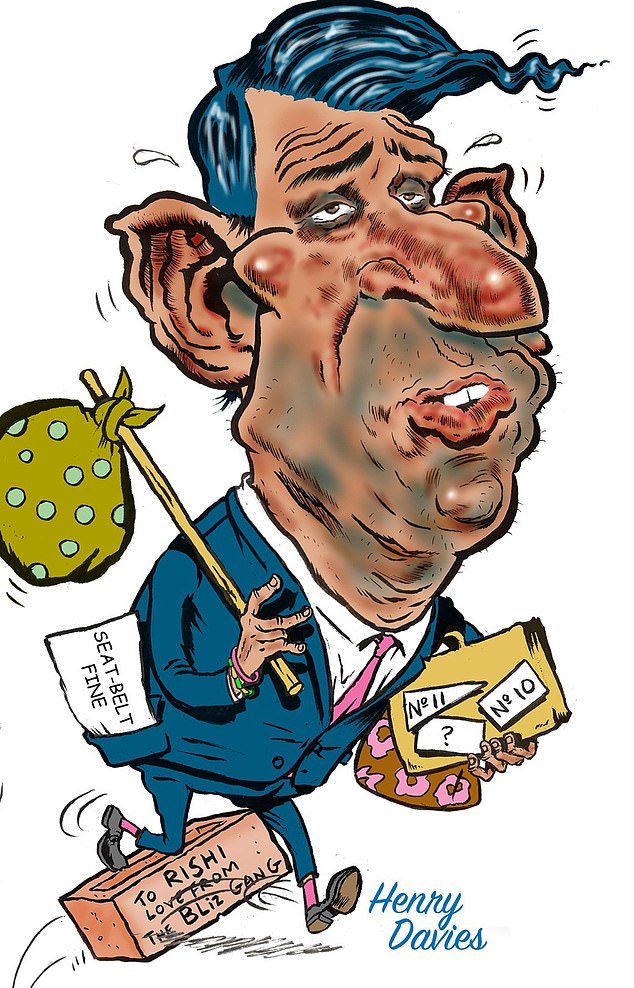 It involves a delicate coalition between pro-Boris MPs and a smaller rump of Parliamentarians loyal to his short-lived successor, Liz Truss. Despite mutual suspicion, the ‘BLiz club’ are united by their antipathy towards Mr Sunak’s ‘high tax, low growth’ brand of conservatism, as they see it.

The two former Prime Ministers met for a secret ‘summit’ earlier this month at 5 Hertford Street, the exclusive London members’ club which has become a byword for political intrigue, although both sides insist that there is ‘absolutely no plotting’ between them.

While Mr Johnson is professing overt loyalty to Mr Sunak, his outriders are dreaming of their hero making a triumphant return to No 10 if Labour’s current double digit opinion poll lead fails to drop this year.

Nadine Dorries, Boris’s most ardent cheerleader, has interviewed dozens of sources – all given secret codenames – for The Political Assassination Of Boris Johnson, her ‘whodunnit’ account of his dramatic exit from office.

The former Cabinet Minister is not the only senior Tory who hopes that the sequel will be titled The Political Resurrection Of Boris Johnson.

This comes as a Mail on Sunday poll today gives Mr Sunak a boost by indicating that there would no longer be any electoral ‘bounce’ for the party if Mr Johnson returned to his former role of Prime Minister.

With Mr Sunak as leader, Sir Keir Starmer’s Labour are on 44 per cent, with the Conservatives 14 points behind on 30 per cent.

The research found that, with Mr Johnson in No 10, the lead would be the same.

The Deltapoll survey also discovered that when people are asked who the best person to lead the Conservatives into the next election would be, Mr Sunak beats Mr Johnson by 36 per cent to 28 per cent. 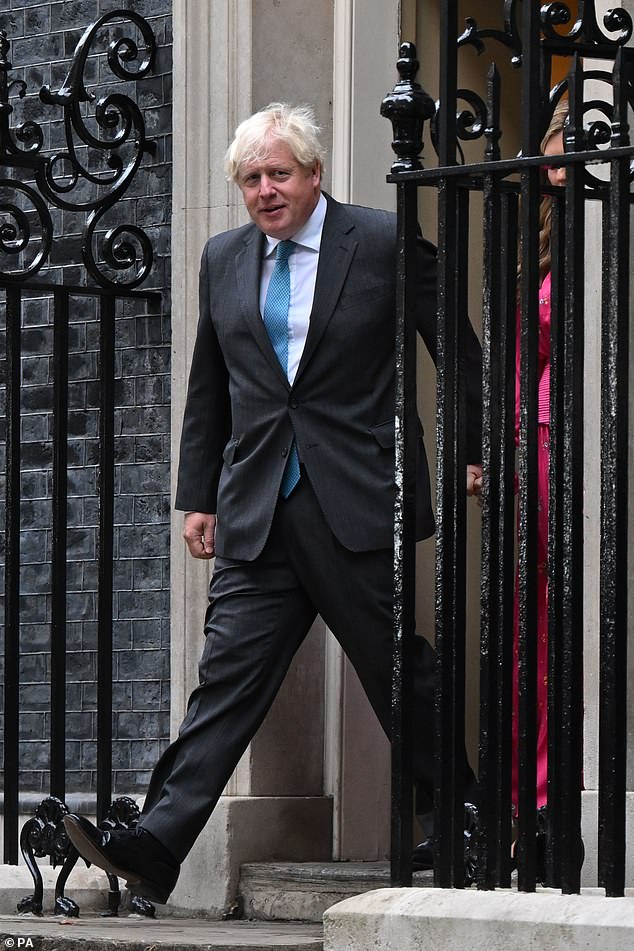 An ally of Mr Johnson tells today’s The Mail on Sunday: ‘Boris definitely wants it. He thinks he has unfinished business’ 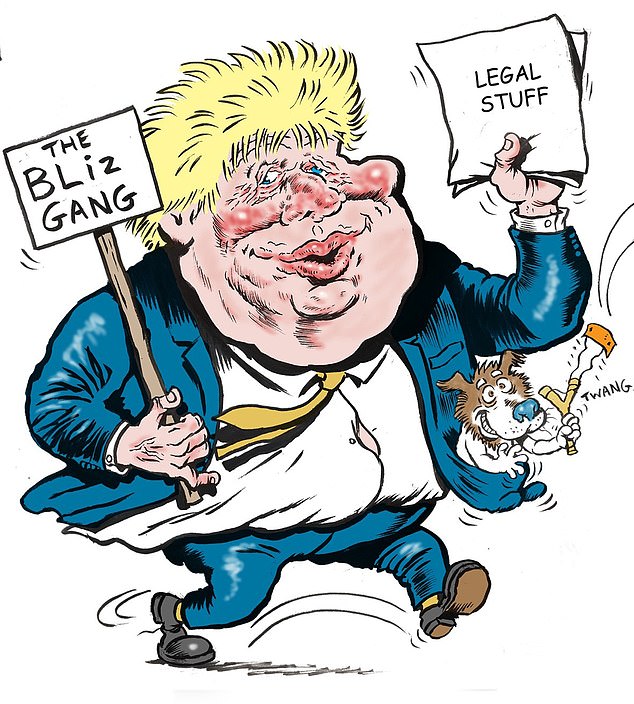 However, our survey gives Mr Sunak a net approval rating of minus 15, with Mr Starmer recording a score of plus ten.

While Mr Johnson has signed a deal for his memoirs, his supporters stress that there are no plans to publish them this year.

They say he has ‘unfinished business’, and predict that Mr Sunak’s administration will have imploded by the autumn under the weight of growing disenchantment over his high-tax brand of Conservatism, as well as Sir Keir Starmer’s apparent procession towards power. They agree that Mr Sunak’s insistence that only ‘idiots’ would cut taxes in the current climate represents electoral suicide.

Casting a heavy shadow over these putative ambitions, however, is the spectre of the Commons investigation into Mr Johnson over Partygate, which will remind voters of the arguments over lockdown breaches in Downing Street.

The ‘kangaroo court’, as his supporters characterise Parliament’s Privileges Committee, will broadcast to millions the interrogation of Mr Johnson over whether he misled MPs about law-breaking gatherings.

Mr Johnson has been accused of joking at one No 10 leaving event during lockdown that ‘this is the most unsocially-distanced party in the UK right now’.

However, he repeatedly told Parliament that he did not know that the gatherings broke Covid laws in place at the time.

The BLiz allies have been fanning each other’s paranoia: according to diplomatic chatter which has reached the ears of the Boris camp, friends of Mr Sunak encouraged senior figures in Washington to attack Ms Truss’s doomed Budget in September.

The International Monetary Fund’s acid comment that ‘We do not recommend large and untargeted fiscal packages at this juncture’ helped to pile the pressure on Ms Truss’s crumbling regime, and paved the way for Mr Sunak to succeed her.

The suggestion is rubbished by sources close to Mr Sunak, who say that ‘the idea that Rishi was plotting away during Liz’s time is absolute nonsense… He was enjoying time with his family and away from the stresses of Government’. Accusations also persist that Mr Sunak’s determination to maintain sound finances comes at the expense of good governance. 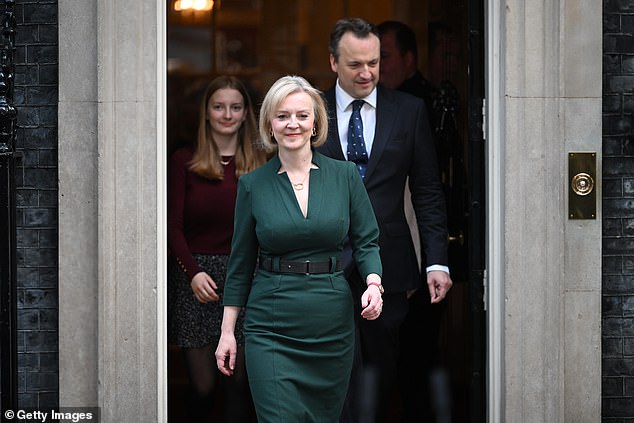 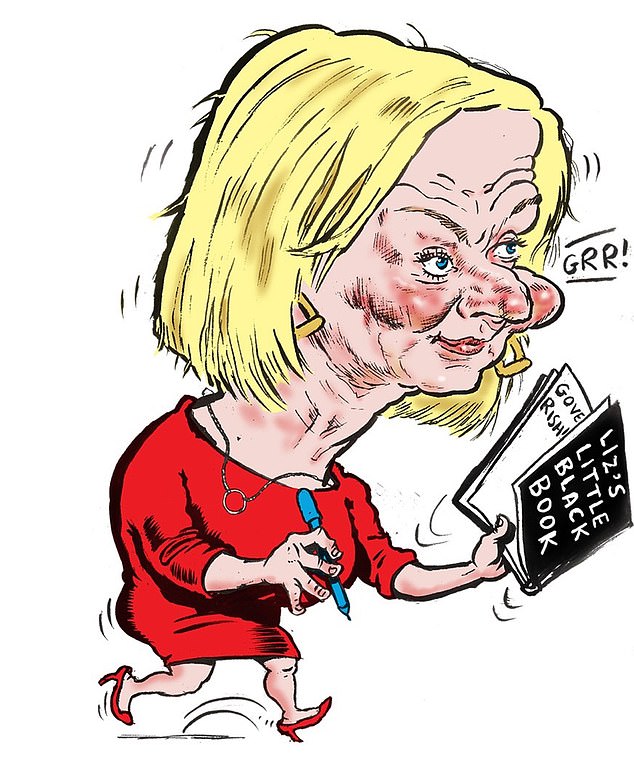 According to one Johnson ally, when Mr Sunak was Chief Secretary to the Treasury in 2019, he blocked a proposed £70 million of funding for counter-terrorism schemes. Mr Johnson overruled him – a day before the London Bridge terror attack in which two people died.

Other sources claim that, as Chancellor, Mr Sunak blocked a request by Mr Johnson in February last year for £200 million to pay for detention facilities for asylum seekers on Army bases and at old airfields, and to fund improved co-ordination between the Border Force and the military to try to tackle the small boats crisis.

A source said: ‘He never bothered to attend a single meeting of the small boats task force.

‘He wanted asylum seekers to be “dispersed into the community” but that made it impossible for them to be tracked, and many just absconded and disappeared.’

Following the row over the revelation that his wife, Akshata Murty, claimed non-domicile tax status –meaning that she did not have to pay UK taxes on income earned elsewhere – lawyers have told them that the arrangement means ‘the clock is ticking’ on the couple’s time in this country.

Although Ms Murty was forced to agree to give up her right to pay only ‘international tax’ on her foreign earnings, she is still exempted from inheritance tax that would be due on the couple’s estimated £700 million fortune.

That right runs out in 2027, after which she would run a risk of landing her family with a tax bill running into hundreds of millions of pounds if she stayed in the UK.

All the claims are dismissed by Mr Sunak’s allies, who say the smears are invented or distorted.

Those Tory MPs who groan at the prospect of a return to colourful Johnsonian politics point to polls which predict that he will lose his Uxbridge seat at the next election.

But his supporters say that if he were PM again, the chances of him holding the seat would be substantially higher – or at the very least, he would be in a position to find a safer seat for himself. Despite their shared political beliefs, a ‘BLiz club’ alliance would be highly cynical even by Westminster standards. A source who claims knowledge of Mr Johnson’s thinking says that he supported Ms Truss in last summer’s leadership contest against Mr Sunak because ‘he assumed she would blow up and he could sail to the rescue’.

The source adds: ‘He just didn’t expect her to detonate quite so soon.’

Few of Mr Johnson’s supporters will talk openly of the comeback plan, although one, Lord Greenhalgh, predicted publicly earlier this month that Mr Johnson would be back as Prime Minister by the end of this year.

If the May local election results are as poor for the Conservatives as many party strategists fear, the publication of Ms Dorries’ book on the end of Mr Johnson’s leadership could pour petrol on the flames.

She said earlier this month that the Tory Party will ‘die’ if Mr Johnson does not return as leader, after The Mail on Sunday was told that Labour strategists believed that his ejection from No 10 had been ‘gold dust’ for their chances of winning the next election.

Meanwhile, Ms Truss – who is said by friends to be ‘emerging from the grief phase’ after her defenestration – is mobilising her loyal band of supporters behind a ‘political and commercial plan’ to rehabilitate her reputation and boost her finances.

Sources close to Ms Truss say that the ‘most likely’ person to have ‘encouraged’ the IMF to criticise the Truss Budget was Sir Tom Scholar, a senior Treasury civil servant who was fired soon after she became Prime Minister.

However, senior Whitehall sources say that – rather than being a ‘Sunak stooge’ – Sir Tom is tipped to take up a senior role in Labour under Sir Keir Starmer.

The sources added that the IMF criticism ‘came out of the blue’, and the Treasury had ‘not been given any advance notice’.

An ally of Mr Johnson tells today’s The Mail on Sunday: ‘Boris definitely wants it. He thinks he has unfinished business. His people are starting to get properly organised. It’s not just chatter any more.’

Another said: ‘He’s the only person who has any mandate.

‘He got it from the voters in the 2019 General Election and from the party membership.

‘There won’t be any problem in getting the members to endorse him again.’

A spokesman for Mr Johnson said: ‘Boris Johnson is fully supporting the Government.’