We try before you buy: Are VEGAN ice creams just for drips? They’re in hot demand and yes, dairy-free can taste as good as the real deal

Everyone loves an ice cream, but not everyone loves the dairy products our familiar favourites are made from.

Whether it’s for health reasons or animal welfare worries, more and more of us prefer to stick to vegan treats.

And eager manufacturers have bought into the trend in time for summer, with a dizzying array of vegan ‘ice creams’.

But are they any better for you — and can they taste even half as good as the proper, creamy, dairy variety? 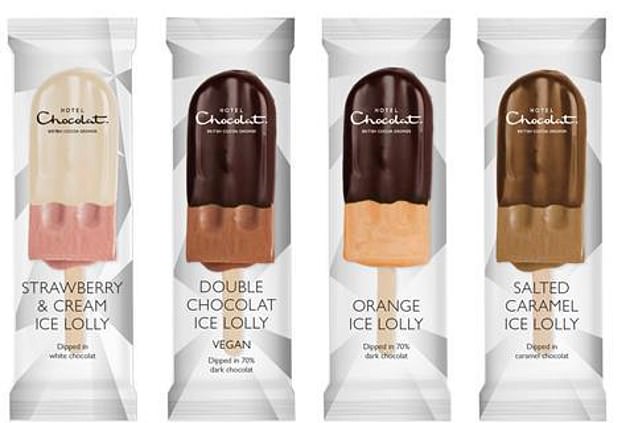 A generous-size chocolate ice lolly dipped in 70 per cent dark chocolate. The ‘ice cream’ is a blend of coconut milk, cocoa solids and sugar.

The flavour is intense, like a top quality truffle. Combined with the outer layer of crisp dark chocolate, it’s a sophisticated treat. But it also has the highest calorie count of all the products we tested.

It’s pricey, too, but if you’re a chocoholic this luxurious lolly will win hands down. 3/5 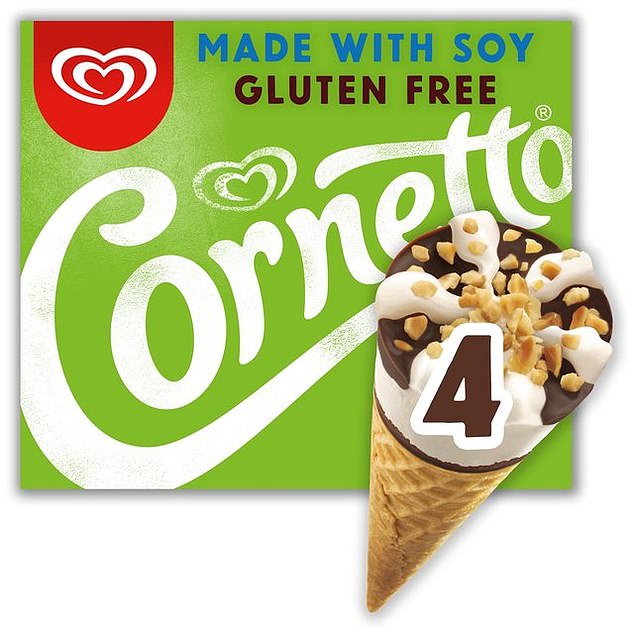 This vegan version of Walls’ classic looks like the original, but it’s vanilla-flavoured soy ice cream, in a gluten-free wafer cone with a dairy-free, chocolate-flavoured coating, topped with chopped hazelnuts.

How does it taste? The wafer is crisp and delicious. The ice cream has a good, basic sweet vanilla flavour and the chocolate tastes like the original.

The cone even has the much-loved lump of chocolate in the tip. Even the fussiest child would struggle to spot the difference. 4/5 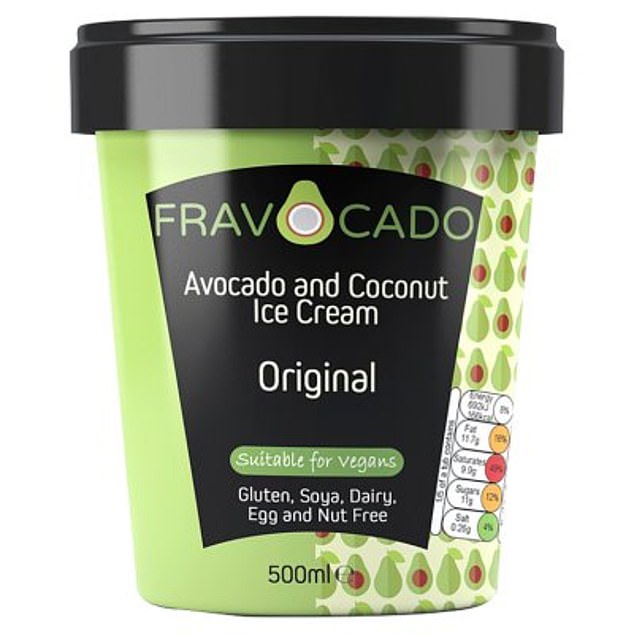 Made in South Devon, this ice cream prides itself on being free from major allergens — so no nuts, gluten or soy.

With one of the shortest ingredients lists of the ice creams we tested, it’s made with 67 per cent coconut milk, 15 per cent avocado, lime juice and agave syrup — a natural sweetener extracted from a Mexican plant.

A pale, pistachio green colour, the ice cream is quite hard, icy and bland when eaten straight from the freezer but improves if it’s left to defrost for five minutes.

The subtle coconut and avocado flavours taste clean and natural. 4/5 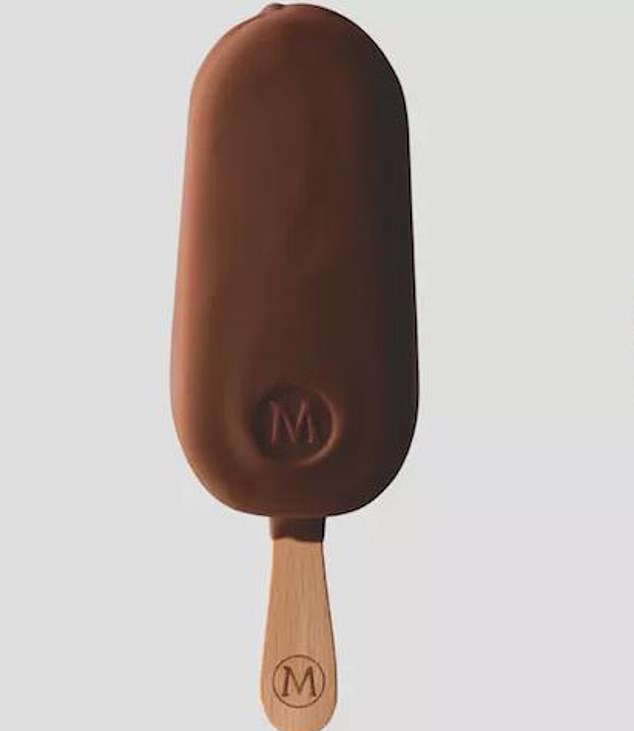 This new vegan version of the UK’s most popular ice cream is almost 20 per cent smaller than the original. Made with coconut oil, pea protein and ‘exhausted vanilla bean pieces’ (left over after making vanilla extract), the ice cream is officially vanilla flavoured, but there’s a powerful coconut note, too.

The coconut also gives the ice cream a slightly oily feel. The chocolate coating has a bitter dark chocolate edge to it, which contrasts well with the sweet filling.

I was disappointed it didn’t shatter into the usual crisp shards when I bit into it. This is a perfectly nice lolly, but it has a definite ‘vegan’ vibe. 3/5 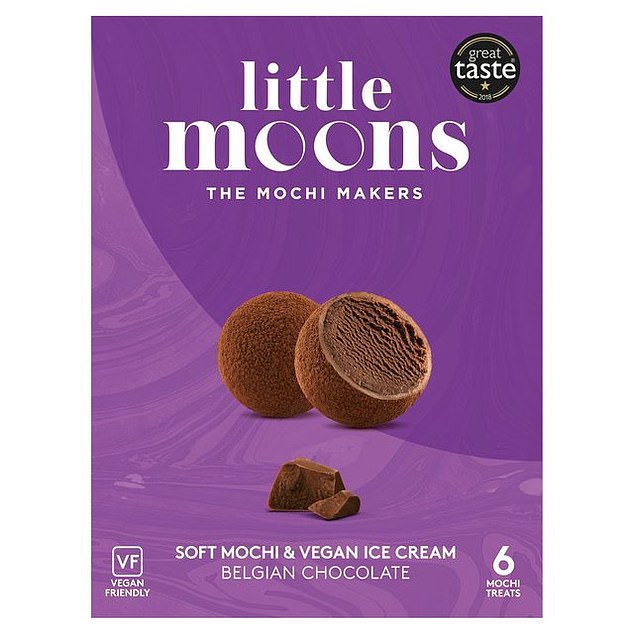 These cocoa-dusted treats look like oversize chocolate truffles. Rock hard when they come out of the freezer, they need to sit for five minutes at room temperature to soften.

The thin outer layer of mochi has an unusual, rubbery texture, which I liked. My 17-year-old son was less keen, describing it as like ‘sucking an eyeball’. Fussy teens aside, everyone agreed the gelato inside was delicious. A luxurious blend of Belgian chocolate, vanilla and locust bean gum, I had to check the packaging to reassure myself these luscious treats were vegan. 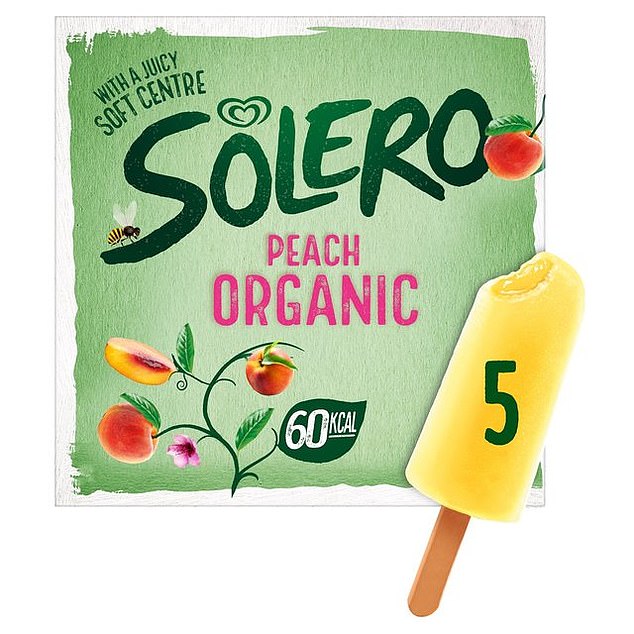 Mandy says Solero Peach Organic (pictured) is a refreshing treat for those who like a fruit-flavoured ice, but is more of a sorbet than ice cream

If you like a fruit-flavoured ice, then these new vegan lollies in both Peach and Lemon flavour could be right up your street.

Unlike the traditional Solero lolly, which has an ice cream centre rippled with fruit sorbet, this has a soft, sweet peach puree core inside a layer of peach-flavoured water ice.

Just over half the size of a traditional Solero, it’s comparatively low on calories. A perfectly refreshing treat, but it’s more sorbet than ice cream. 4/5 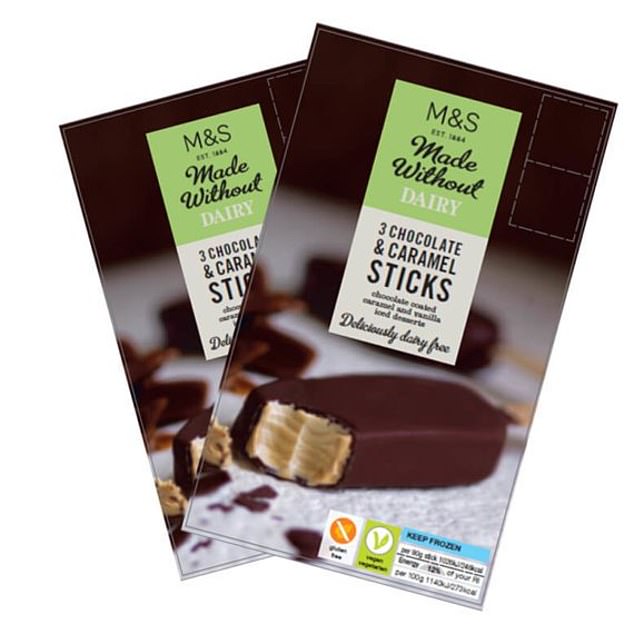 The flimsy, unattractive cardboard box didn’t fill me with optimism, but the lollies are good and a more generous size than others.

I don’t know how they’ve done it, but the ice cream looks and tastes like quality vanilla ice cream. Shot through with fine ripples of caramel sauce and coated with a crisp dark chocolate shell that shatters as you bite, these wheat and dairy-free delights are a divine, grown-up treat. 5/5 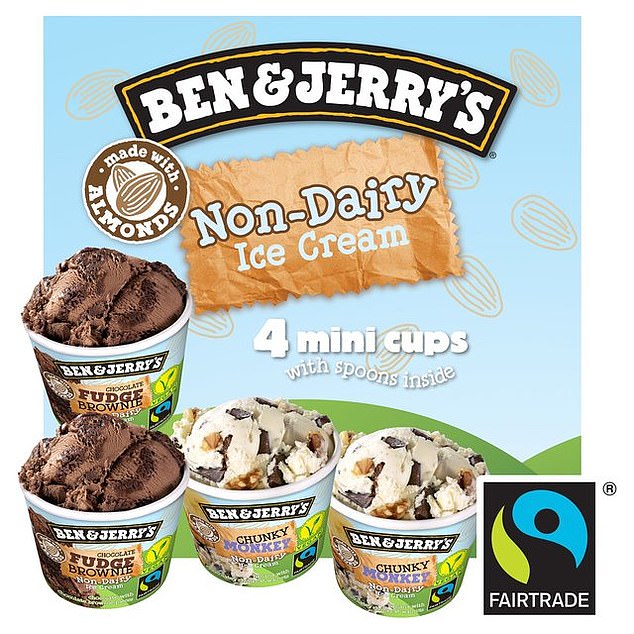 In the pack, there are two mini-cups of Non-Dairy Chocolate Fudge Brownie and two of Non-Dairy Chunky Monkey — a banana ice cream with chocolate chips and walnuts.

Almond paste has been added to water, sugar, vegetable oils and pea protein to create a rich, smooth ice cream base. The fudge flavour is packed with pieces of brownie and Chunky Monkey is chock-full of nuts and chocolate chips. 4/5 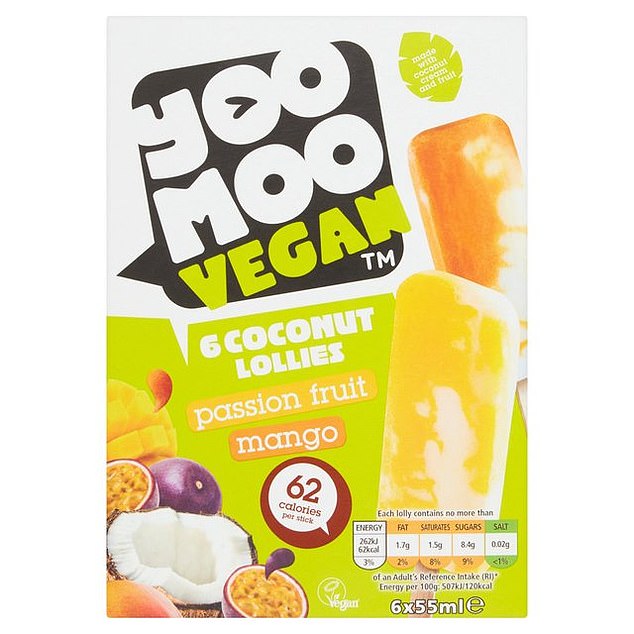 If you are looking for a low-calorie treat, these small vegan fruit lollies are a good choice. Made with coconut cream and fruit puree, there are three mango and three passionfruit lollies in each box.

Both flavours are deliciously refreshing, and the coconut works well with the sharp fruit. Although there’s about two small teaspoonfuls of sugar — from added sugar and fruit juice — in each lolly, that’s still more than 30 per cent less than you’ll find in some other, similar products. 5/5 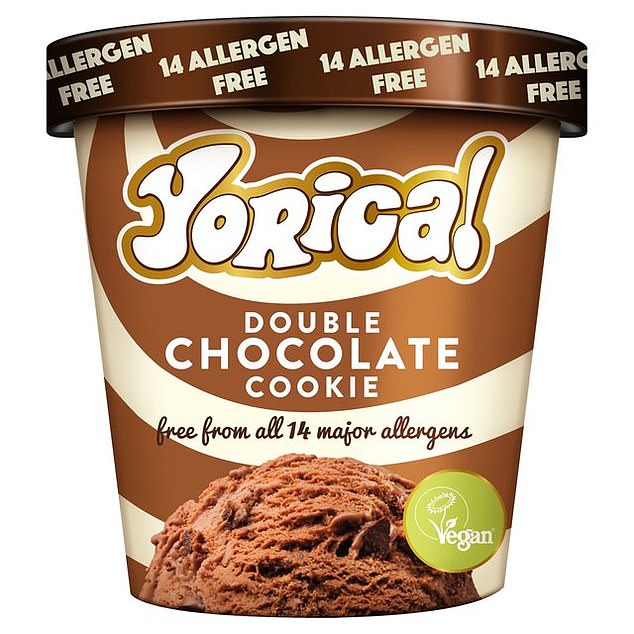 Accredited by Allergy Aware and registered with the Vegan Society, Yorica! specialises in free-from desserts.

With none of the 14 major allergens, including gluten, soya and nuts, this ice cream is made with coconut, rice, cocoa, potato and quinoa flour, but you’d never know. It tastes just like good quality double chocolate chip ice cream.