The evolution of Aubrey O’Day

The Kardashians are so close they may have even shared a man.

The former Danity Kane member’s story resurfaced after Barker’s ex-wife Shanna Moakler made headlines for claiming the Blink-182 drummer had an affair with Kim that led to their 2008 divorce.

“I was ‘bffs’ with Kim Kardashian during a fourth [of July]. She was hooking up with Travis Barker and we were at his house.. he was really dope,” O’Day, now 37, wrote on her Instagram Story in July 2020 (via Perez Hilton) without specifying the year the relations allegedly occurred.

“Shanna his ex (who I love) supposedly was threatening to slash [Kim’s] tires (sorry girl but that was funny s–t, I would have too) so they asked her to park her car somewhere else,” the singer continued.

“we took off and went to some bs celeb Malibu parties where [Kim] desired to be photographed, and I had to run around house after house in an uncomfortable dress and high heels to appease that. She got all her photos with celebrities accomplished and we headed back to Calabasas.” 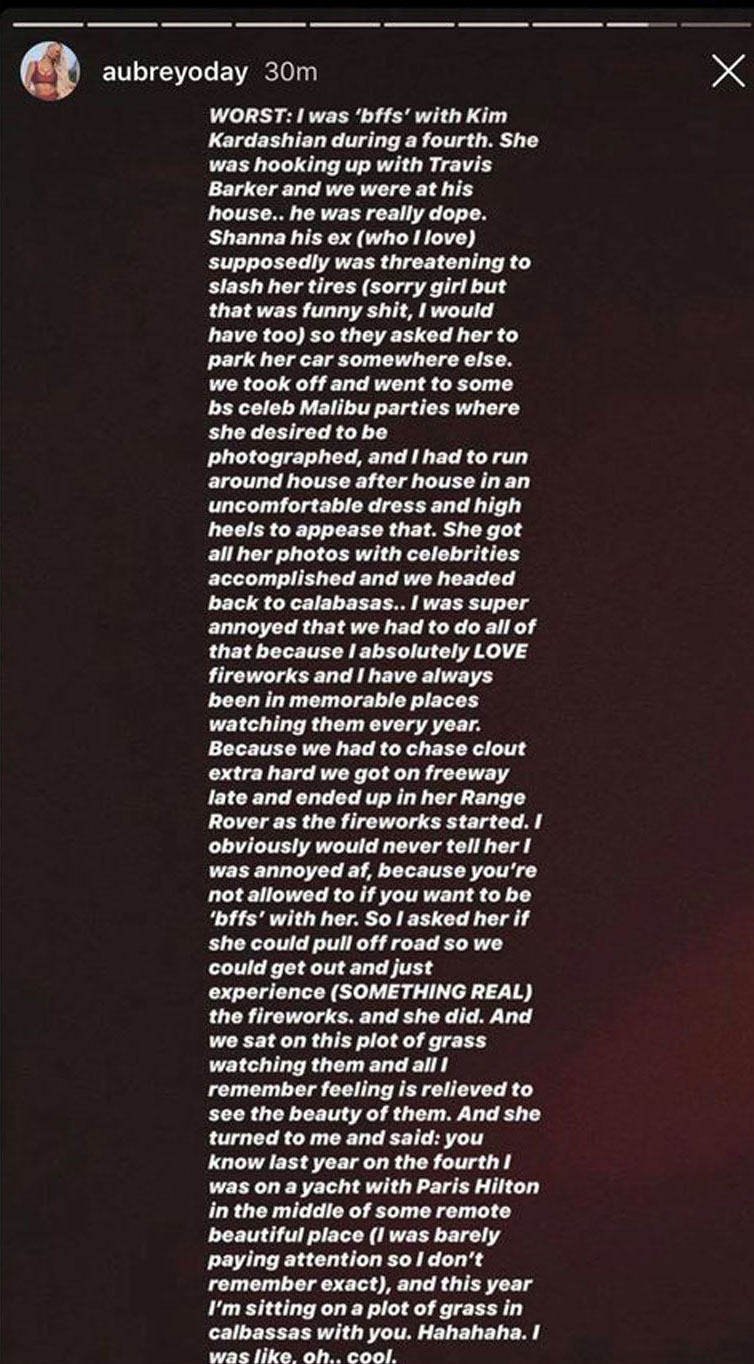 O’Day went on to detail some drama with Kim, writing, “I was super annoyed that we had to do all of that because I absolutely LOVE fireworks and I have always been in memorable places watching them every year. Because we had to chase clout extra hard we got on [the] freeway late and ended up in her Range Rover as the fireworks started.

“I obviously would never tell her I was annoyed AF, because you’re not allowed to if you want to be ‘bffs’ with her. So I asked her if she could pull off the road so we could get out and just experience (SOMETHING REAL) the fireworks. And she did. And we sat on this plot of grass watching them and all I remember feeling is relieved to see the beauty of them.”

The “Making the Band” alum concluded her post, “And she turned to me and said: you know last year on the fourth I was on a yacht with Paris Hilton in the middle of some remote beautiful place … and this year I’m sitting on a plot of grass in calabasas with you.’ Hahahaha. I was like, oh.. cool.” 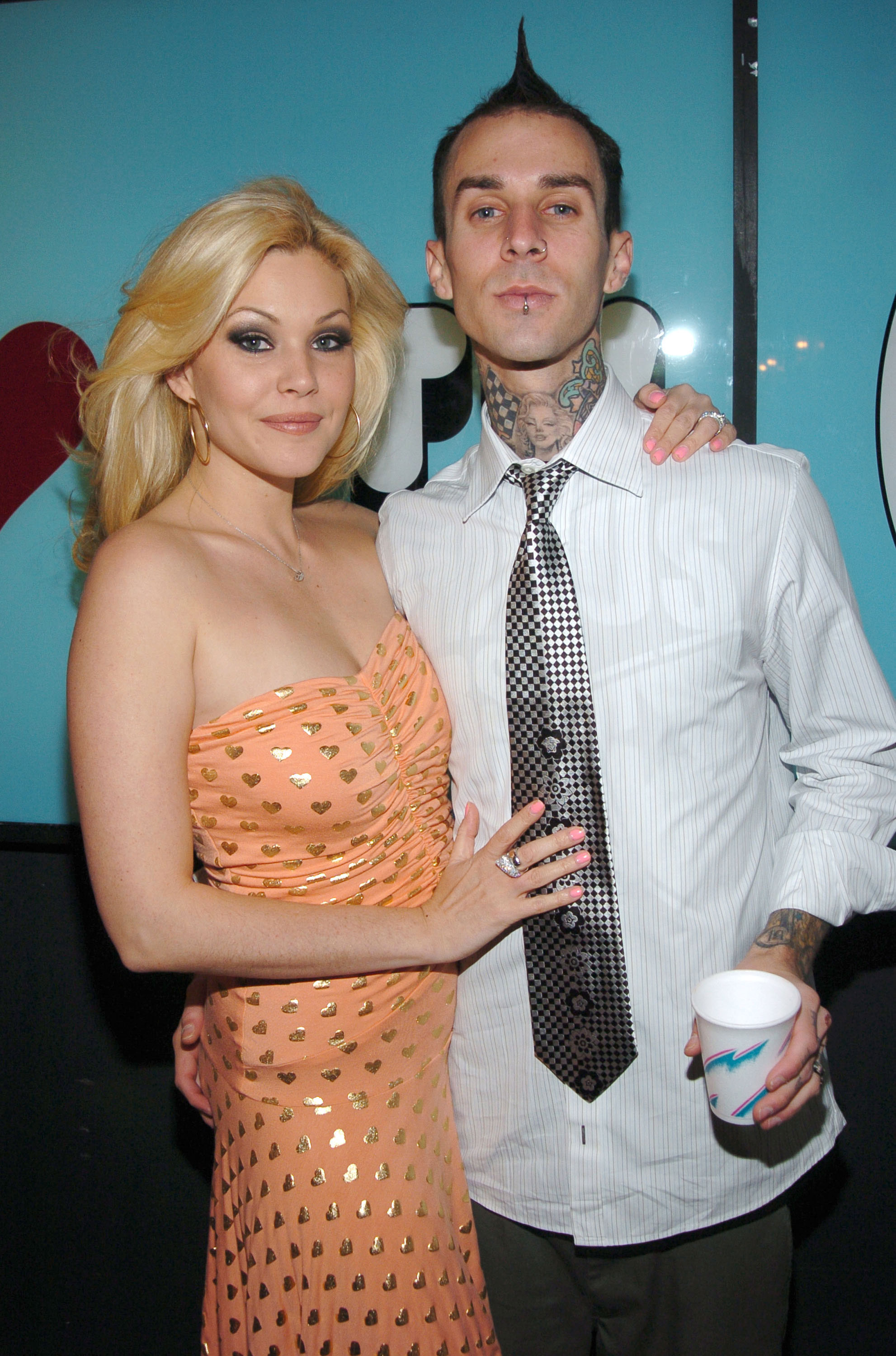 Despite O’Day and Moakler’s claims, a source close to Kim told Page Six on Monday that the “Keeping Up With the Kardashians” star, 40, did not have an affair with Barker, 45.

“Travis and Kim have never had a romantic relationship,” the source insisted. “They were friends who met through Paris Hilton and that is also how Kourtney and Travis were introduced.”

Barker and Kourtney, 42, started dating in January and have quickly gotten serious, even making their love for each other official in ink.

Meanwhile, Kim married Kanye West in 2014. She filed for divorce from the rapper in February. Page Six was first to report that they had split a month prior.