Look no further for the prize! Amid the controversy surrounding Wheel of Fortune contestant Charlene Rubush, who narrowly lost out on a brand-new vehicle, car company Audi is making things right.

Meghan! Gaga! Stars Who Appeared on Game Shows Before They Were Famous

“You’re a winner in our eyes, Charlene. Now, let’s get you a prize. Time to #GiveHerTheQ3,” the brand’s official Twitter account wrote on Wednesday, December 22.

In the tweet, Audi reshared a viewer’s message, urging the ABC game show to reconsider its tough rules. 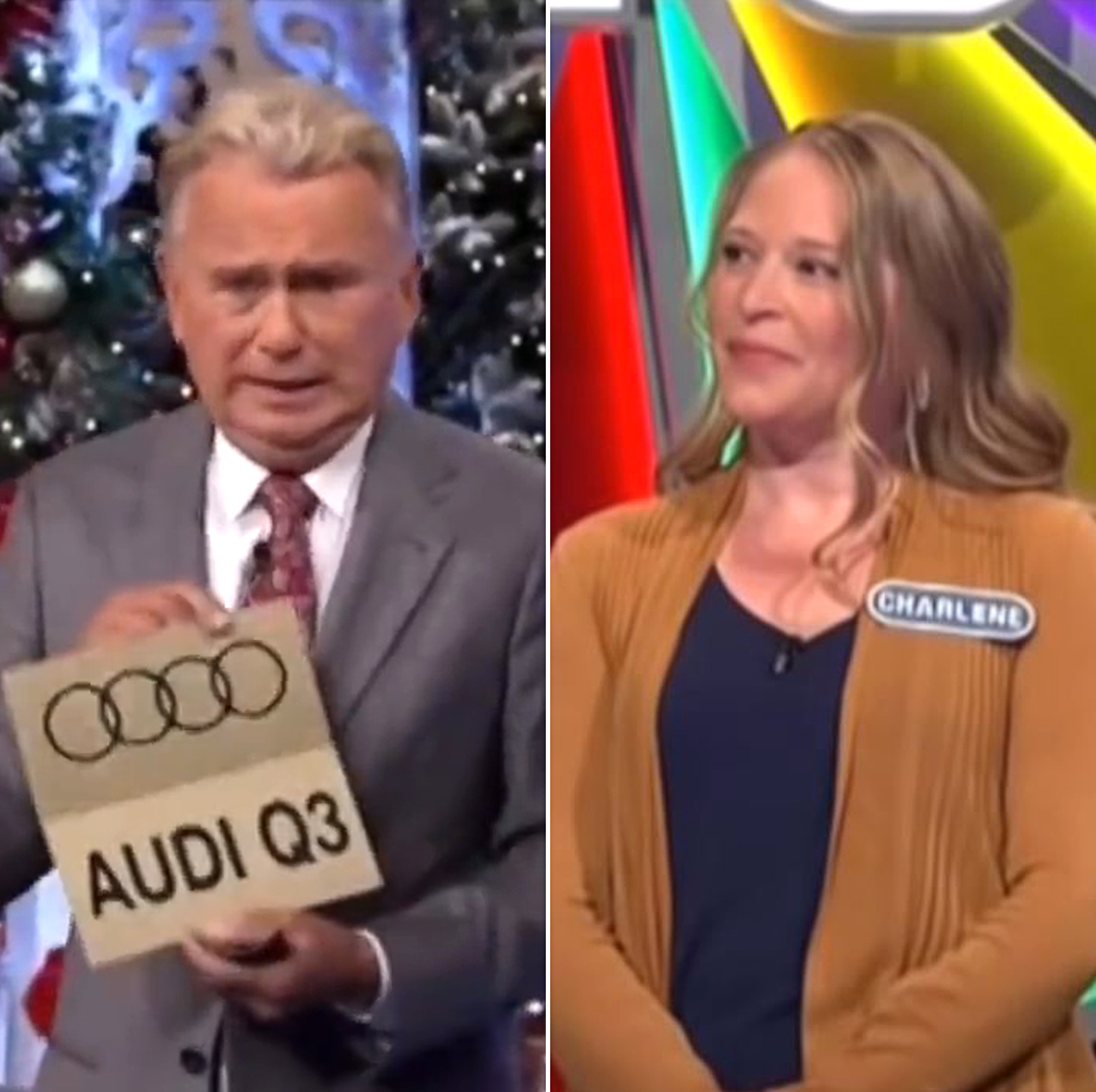 “Come on @WheelofFortune, the woman literally chose the right word,” the social media user wrote. “Give her the car.”

Hours later on Wednesday, Audi provided its network of followers with an update regarding Rubush’s new car gift.

“There’s no community like the Audi community. With your help, we tracked down Charlene,” the tweet read. “More to come as we help #GiveHerTheQ3.”

In another message, the luxury car brand added, “Surprise. We’ve changed the narrative. … We’re full of surprises this holiday season.”

After Rubush competed on the long-running competition — which aired on Tuesday, December 21 — faithful fans took to social media on her behalf to call out the show’s rules when she barely missed out on winning an Audi Q3 despite answering the puzzle correctly.

Rubush — who previously earned $16,500 earlier on the show — tackled the challenging bonus round where she was tasked with answering a “What Are You Doing” word puzzle. While she originally guessed “Choosing the right card,” she later changed her answer to “Choosing the right … word.” Though the latter was correct, it came right at the buzzer.

“You know, this one’s tough because you said all the right words, including the word ‘word’ but, as you know, it’s gotta be more or less continuous,” host Pat Sajak explained in the episode. “We’ll allow for a little pause but not four or five seconds. I’m sorry. You did a good job in getting it, but we can’t give you the prize, and it was the Audi.”

While Rubush left the competition with only her $16,500 winnings and a free vacation, viewers were outraged that she left without a new car on a minuscule technicality.

“@Audi can you please give this contestant the car she deserves. She won on @WheelofFortune and Pat denied her. I am no longer a ‘wheel watcher’ because of this,” one fan tweeted after Tuesday’s episode.

Another wrote at the time: “@WheelofFortune well we had a good run. I won’t watch the show anymore. That lady won the AUDI, she answered the phrase within the timeframe allowed. You have hidden rules, fake show. I’ll never watch again (unless she gets the AUDI ANNND the rule changes).”