Before he turns off the lights, Kim Carr has a message for his colleagues

The boxes are strewn everywhere, the artworks have been removed from the walls of Kim Carr’s Carlton office ready to be taken to the Museum of Australian Democracy and the bookshelves are stripped bare. It is a muted end to the 29-year career of the senator and factional heavyweight of Labor’s Left, who dominated Victorian politics for more than three decades and made plenty of friends as well as enemies along the way.

In his prime, Carr – who turned 67 on Saturday – was one of the most dominant forces in the factional politics of the Victorian Labor Party, making and breaking leaders, wheeling and dealing to secure internal victories and crush enemies. 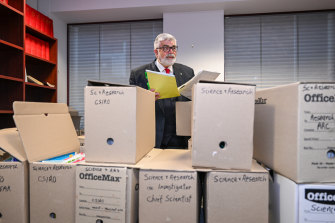 By the end, he had few friends and fewer allies. The university and manufacturing sectors, which he has consistently championed, voiced their sadness at seeing Carr leave politics.

Politicians, though, were unusually quiet about the end of Carr’s three-decade stint as a Victorian senator, which formally ended on Thursday, ending a years-long factional battle to dump him.

“When you look at my first speech in 1993, I’m really proud of the fact that I’ve remained true to those values,” Carr told The Age. “I’ve stuck with enduring values of Labor and I remain committed to socialism today as when I went in. I haven’t skipped along the line, pretended to be someone else. I’m pleased about all of those things.”

Although Carr has been in the Australian parliament for almost three decades, just nine of those years have been in government. He held a range of portfolios, including innovation, industry, science, research, higher education, manufacturing and human services. 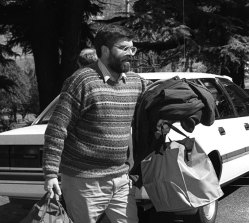 Kim Carr as a freshly minted senator in 1994.Credit:Patrick Cummins

The former tech-school teacher, who joined the Labor Party in the ’70s and entered the political fray as an adviser to Victoria’s first female premier Joan Kirner, grew up with a family interested in politics. His father was a boilermaker, which Carr says gave him an enduring loyalty to the metal workers’ union.

Carr has long argued that Australia must protect its sovereign manufacturing capability, while many of his colleagues and the public service watched the car industry and others dissolve.

The COVID-19 pandemic highlighted the fickle nature of global supply chains when Australia struggled to secure the basics such as masks, gloves, hand sanitisers and medical equipment, then the country was struggling to procure and manufacture vaccines.

In March 2021, Labor committed to a $15 billion National Reconstruction Fund to provide guaranteed loans and equity to support projects.

Carr says Australia’s manufacturing sector can’t be revived by simply throwing money at it and says Labor needs to be far more ambitious in articulating its values.

The party needs to be bolder, reformist and make a difference, he says, adding he has “never been a fan of small target strategies”.

“We need to do a whole lot more than just providing loans and grants,” Carr says. 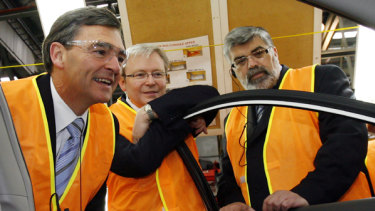 “There’s a whole series of system-wide reform that’s required from everything from building, research training, to ensuring that we have supply chains that are robust to international markets … It’s not just about access to finance, there’s a whole integrated ecosystem.”

Former Right powerbroker Stephen Conroy, who worked closely with Carr in the ’90s and 2000s, said Carr was a champion of manufacturing and science “before it was fashionable”.

“He was relentless in the pursuit of the space industry; we now have an Australian Space Agency. But because he was such a hard fighter and because he created enemies along the way, it meant that he wasn’t always able to get the support around the cabinet table.”

Just before the 2019 federal election, Labor hardheads re-evaluated the future of Kim Carr. If Bill Shorten won, as had been anticipated, they knew getting rid of Carr would be all but impossible because the pair were close. But Shorten lost, and Anthony Albanese – Carr’s long-term rival – was elected Labor leader, thus sealing the fate of the then-63-year-old whose six-year term was ending in 2022.

“The conventional wisdom among the Left caucus was he had a good run and his time was up,” says one Labor figure. 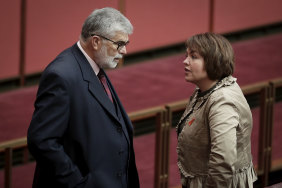 Carr, who had negotiated several stability pacts with party powerbrokers, found himself locked out of the latest one. His enemies came circling. And on March 27, Carr announced he would retire. The Socialist Left backed Linda White as his replacement.

“It’s a difficult decision to retire, no matter when it comes, but the circumstances surrounding [Labor Senator] Kimberley Kitching’s death made me think quite a lot about what was happening,” Carr says.

Carr played politics hard. He helped Julia Gillard’s successful coup against Kevin Rudd in 2010, and then helped end her career. He supported Jane Garrett’s elevation into state parliament, and then blocked her bid for a safe upper house seat.

“He’s been typecast in a way that’s been negative; people haven’t wanted to see him as a policy person as much as a political person,” says Shaun Carney, a political commentator who has known Carr since the 1980s.

“But focusing on just that part of him is unfair because there were many more sophisticated aspects of his political persona and political mission.”

Carr is now working on an autobiography to be published next year. He doesn’t aim to get square with his enemies, he says, but he is keen to set the record straight.